With last months tube of the month post I started a small series of articles about transmitting type tubes. Although I use a lot of TV damper tubes as rectifiers, there are also some 'real' rectifiers which I like. One of them the 866A which was already covered in an article last year. This months tube is a vacuum rectifier, the 836: 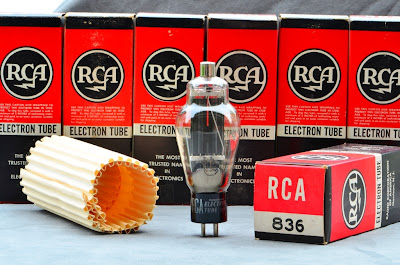 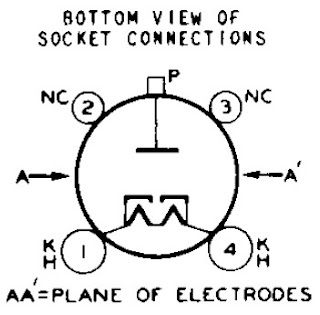 The pinout can be seen on the left. Only two of the base pins are used for filament connections. The plate is brought out to the cap. The 836 is of the indirectly heated type. It has two cathodes which are internally connected to either side of the filament. Unless it is used at the very limits, a 836 has characteristics similar to the 866A. In many applications they can be interchanged. This is especially useful if you build a power supply with the 866A but want to test it with a vacuum rectifier first. Or you only use the mercury vapour tubes at special occasions, when you want to savor the blue glow. Since the 836 is indirectly heated, it has a fairly low voltage drop as can be seen in the plate characteristic curve: 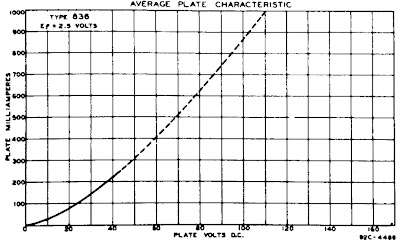 A beautiful tube with a nice large ST (shoulder type) glass bottle which is the same size as a 300B: 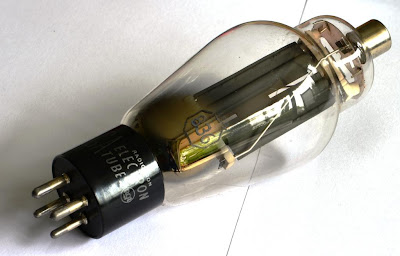 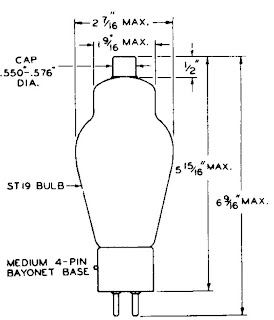 With a size of over 16cm and a diameter of about 5.5cm a pair of these looks quite impressive on a power supply! Being a vaccum rectifier the 836 does not need any special precautions like 30sec warm up before plate voltage can be applied or even 30min warm up after they have been in transport. They are as straight forward to use as any other indirectly heated rectifier and provide a nice, slow ramp up of the high voltage output. There is also no restriction with regard to mounting position. While a mercury vapour tube shall always be operated vertically and base down, the 836 can be use din any position. This tube was manufactured by all major companies which produced transmitting tubes. Here is a selection of 4 different 836: 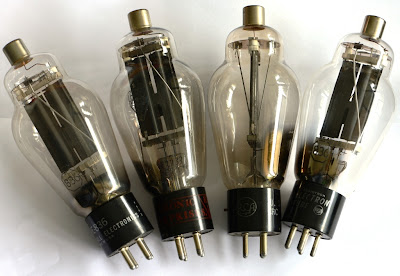 Here is a close up of the logo of an Electronic Enterprises Inc. tube: 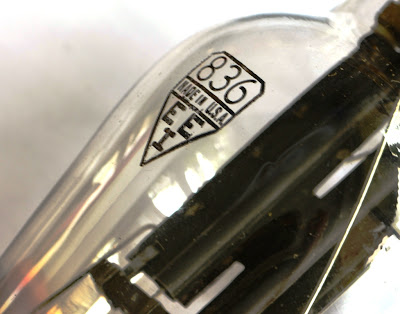 The base of a Marshall Electronics 836: 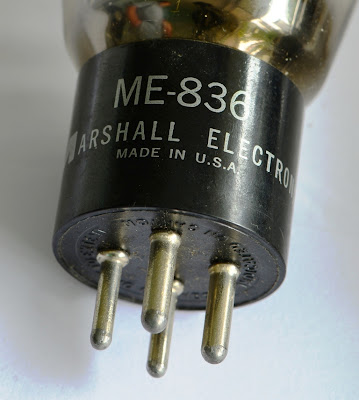 Let's have a closer look at the construction of the tube. The next photo shows the plate structure: 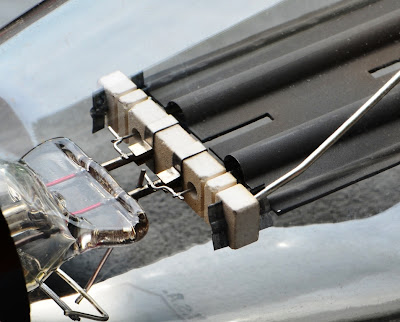 Inside the two tubes in the plate structure are two separate cathode sleeves with the filament inside. 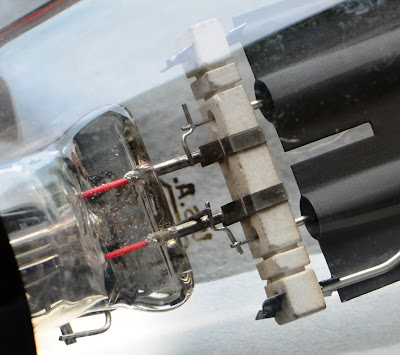 At the top end both filaments are connected by the thick metal wire on top of the ceramic support: 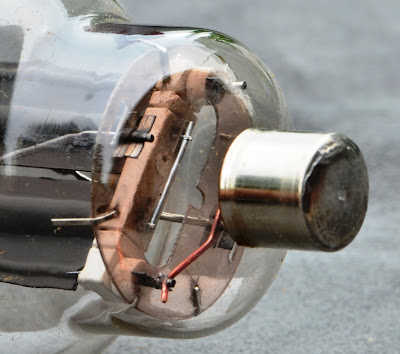 A close up of the top: 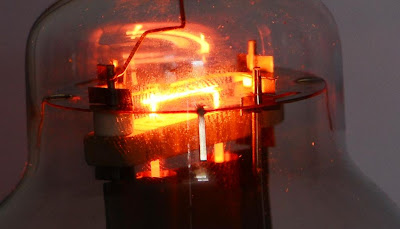 As mentioned at the beginning of the post, this is the second article of a small series about transmitting type tubes. Over the next month I will cover more tubes from the 800 series, stay tuned! 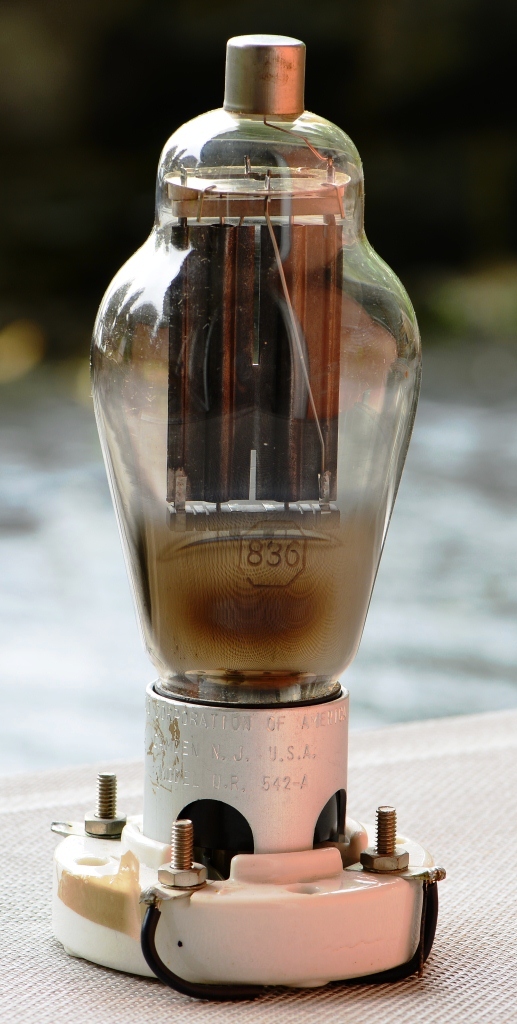 Thomas
Posted by VinylSavor at 20:33

Email ThisBlogThis!Share to TwitterShare to FacebookShare to Pinterest
Labels: 836, 866A, Tube of the month