The 6KN6 Mono Amps are finished. In this post I will share the selection process for the driver tube and show photos of the finished amps. 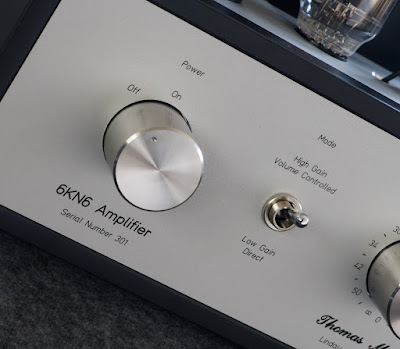 To reach an output power of about 10W I selected an operating point at the maximum plate dissipation of the 6KN6 with about -100V grid bias. That requires a voltage swing of 200V peak to peak from the driver. As usual I wanted the driver to be interstage transformer coupled. This requires a tube with low enough plate resistance. But that usually comes with rather low gain. Especially since I want my driver to have large headroom which excludes choices like the D3a or 417A. Also just for consistency and style I wanted all tubes to use the 12 pin compactron base. 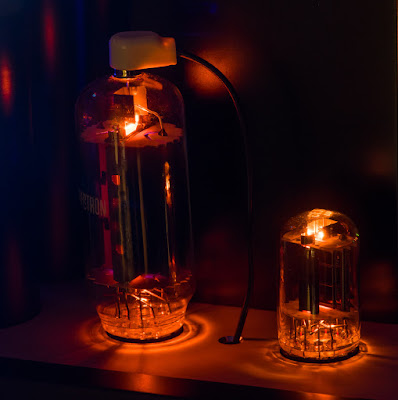 I first looked at the 6FM7 which has a low mu section with very low plate resistance and a high mu section. However the amplification factor of only 5.5 is very low and would mean a 3 stage circuit is necessary to get enough gain. I wanted the option to stay with 2 stages only. The 6AK10 would fit the bill especially with all triodes wired in parallel. However the 6AK10 is not linear enough for such large voltage swings to my taste. 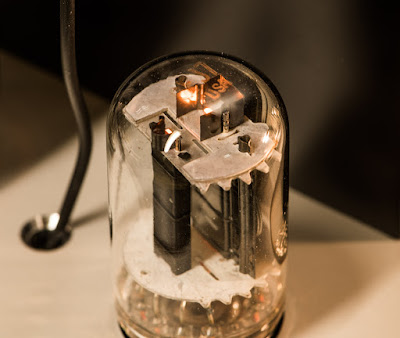 I finally ended up with the 6FJ7, a compactron equivalent of the 6DN7. The 6FJ7 is a dissimilar double triode. The low plate resistance section has an amplification factor of about 15 at 2kOhm plate resistance. It is very linear and can deliver large voltage swings. But a gain of 15x is still not quite enough to get a usable input sensitivity. There are two possible choices to solve this. Add an input transformer with a step up to reach the desired sensitivity or add another gain stage in front of it. The other triode section in the 6FJ7 has an amplification factor of 22. As such a bit much but RC coupled and with unbypassed cathode resistor, about half of that would remain. 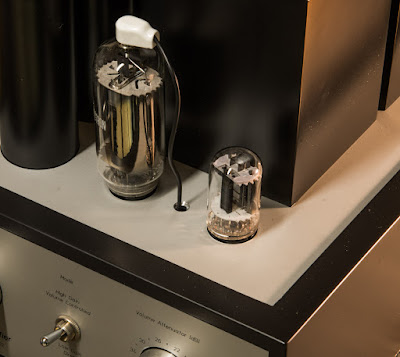 After tossing both variants back and forth in my mind, I decided to use both and a switchable set up. A direct input which drives the lower mu section through a step up transformer, making this a pure power amplifier and the higher mu section RC coupled with volume control potentiometer in front of it to make this an integrated amplifier. 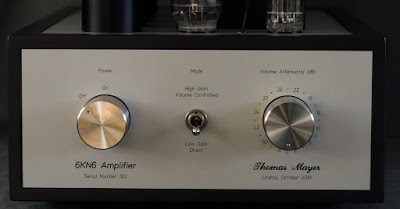 This offers the possibility to start with the amp as integrated and later upgrade it with a preamplifier like my 6AH4 linestage or even a 10Y line stage. This would also give an easy way to compare the sound of such a line preamplifier with transformer volume control against a simple resistive potentiometer and RC coupled stage. Just with the throw of a switch. 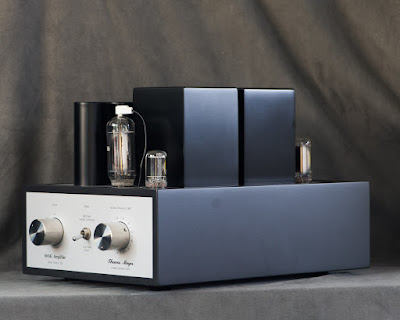 With the use of a 1:4 step up input transformer the power amp direct input needs about 1V RMS to reach full output power. The input section measured at about 12x gain, close to the predicted half of the amplification factor. So about 300mV sensitivity for the high gain input which gives enough gain headroom for low volume sources. 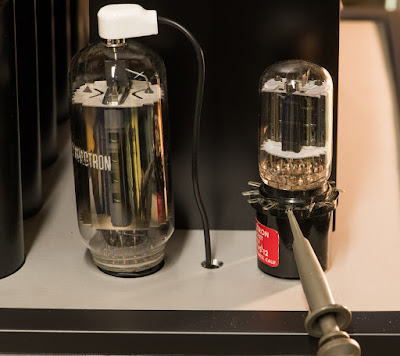 Since the amps are built as monos the separate volume controls provide an easy way to adjust balance as well if needed. Since I used stepped attenuators with defined positions it is easy to adjust the left and right volume at the same levels. 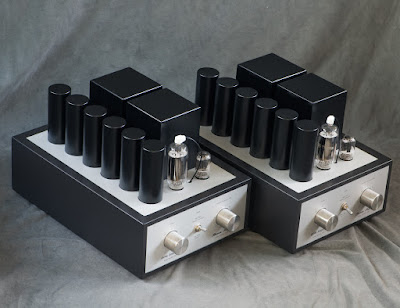 So here they are, the finished 6KN6 integrated mono amplifiers easily switchable to power amp configuration. Since I often get requests for integrated amplifiers I decided to build them this way also to have the possibility to demo the sonic benefits of a separate linestage. 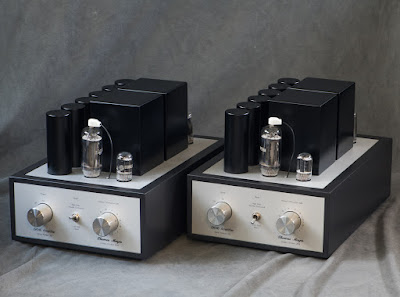 To complete the discussion of the tube line up, the choice for the rectifiers was easy since there are plenty 12 pin compactron TV dampers. I decided to use the 6BE3. 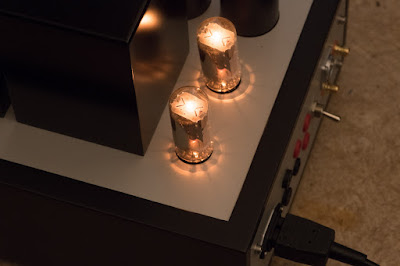 In part 1 about these amps I showed the initial construction steps. Here the top plate completely wired: 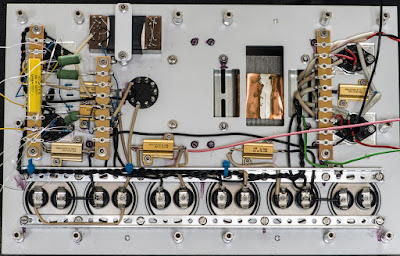 All chokes and the interstage transformer are mounted on a separate plate: 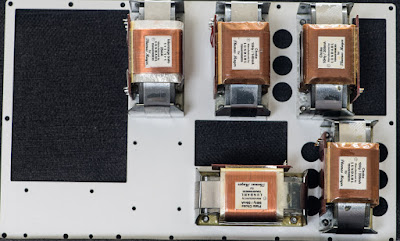 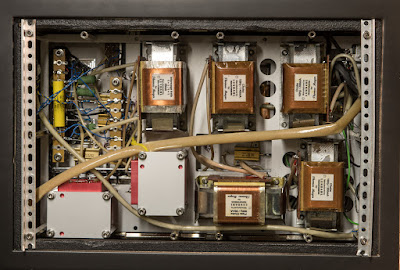 And with the bottom cover mounted: 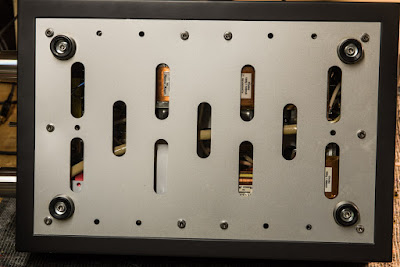 Some pictures of the amp in operation: 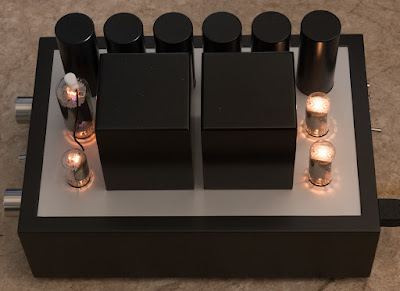 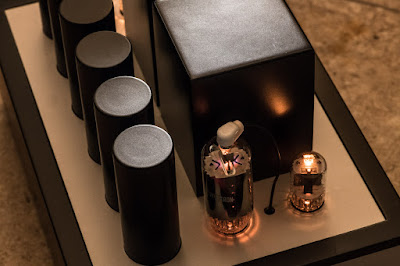 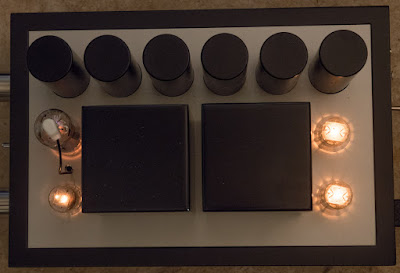 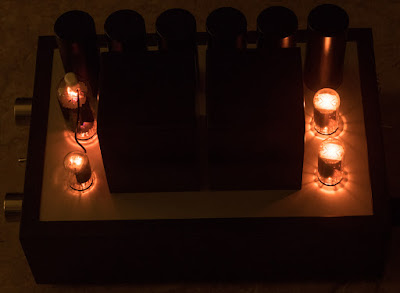 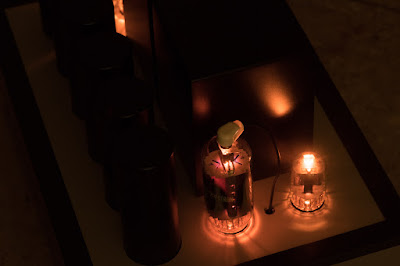 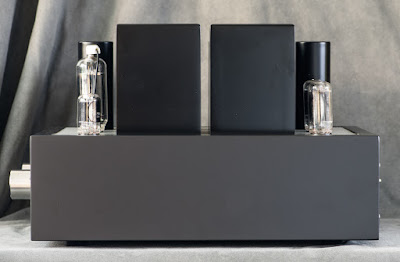 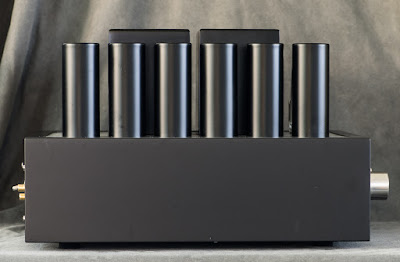 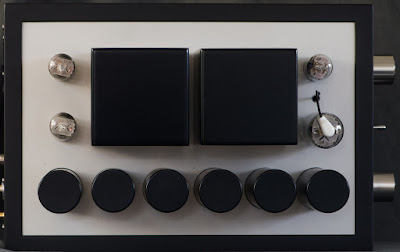 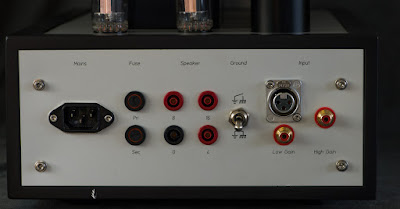 This was a fun project which shows how many possibilities there are to build an amplifier with uncommon tubes. 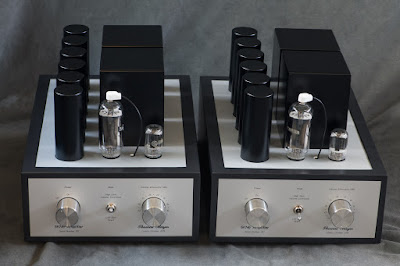 I will probably bring these amplifiers to the High End show in Munich next year. Come to the show to listen to these amps or visit me in Lindau for a demo. 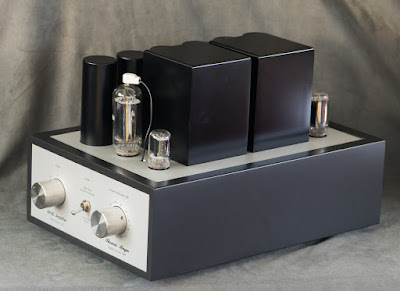 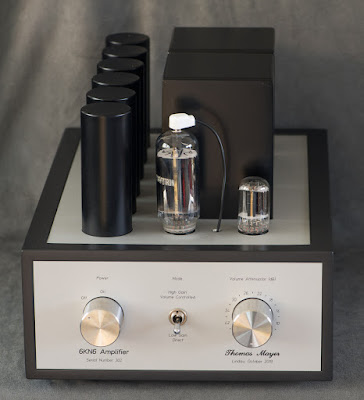