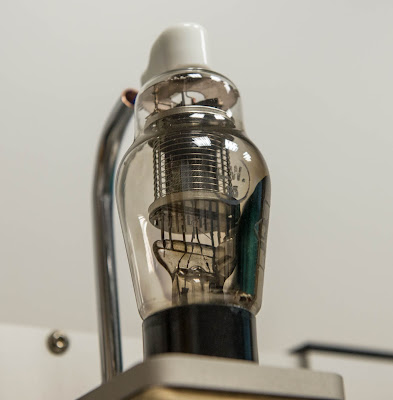 As every year tube amps dominate but transistor gear is also tolerated. The tube above is part of an interesting amp which obviously uses both tubes and semiconductors: 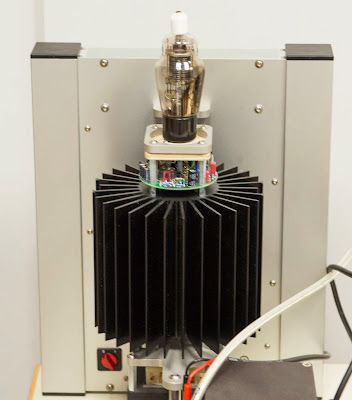 I need to talk to the owner to get some more information about it. It was part of this system: 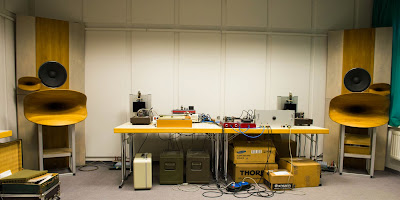 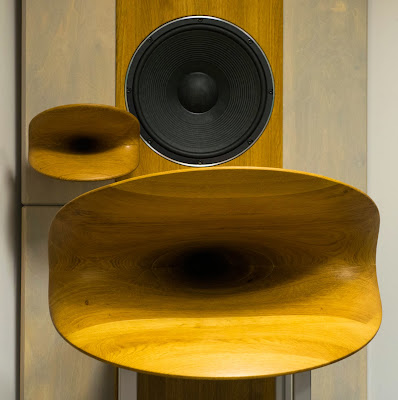 An amplifier stand in the spirit of the ETF: 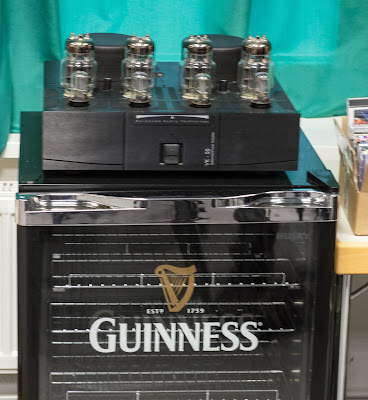 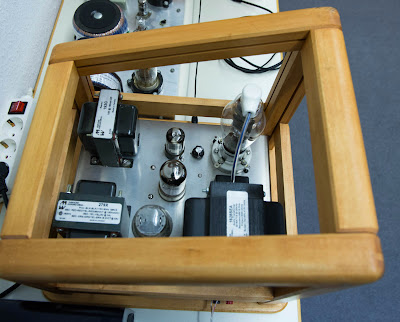 The tube used in this amp looks like a 832 thoriated tungsten filamentary transmitting triode: 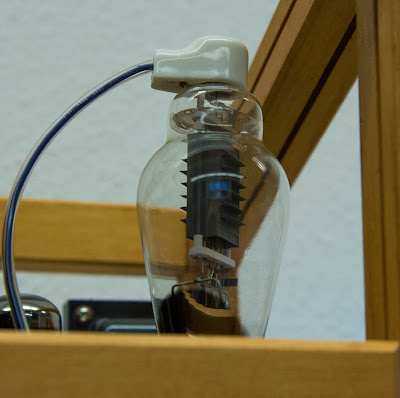 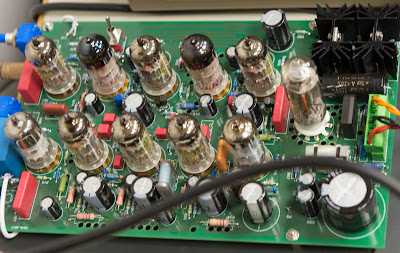 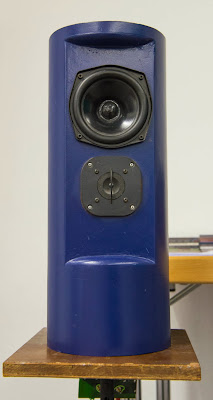 Besides amps, speakers and other audio gear there is also all kind of weird stuff: 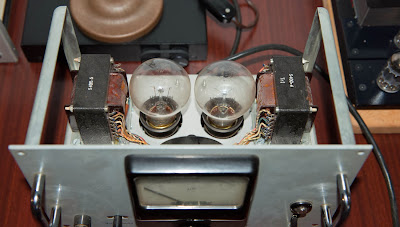 For example in the flea market section: 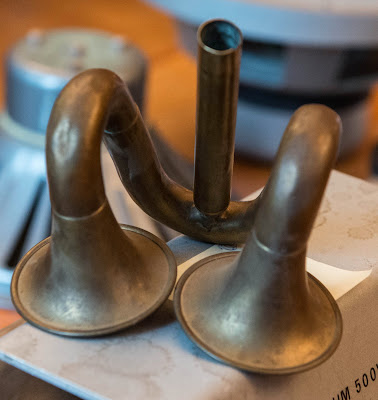 And the highlight of my first walk around, the disco: 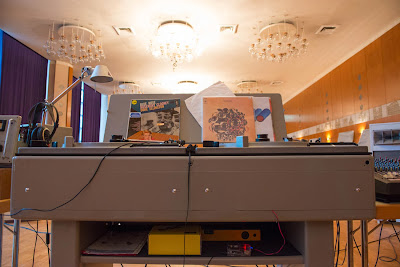 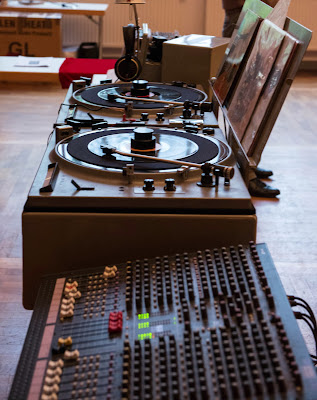 A wow and flutter meter connected to the EMT. I have never seen something like that: 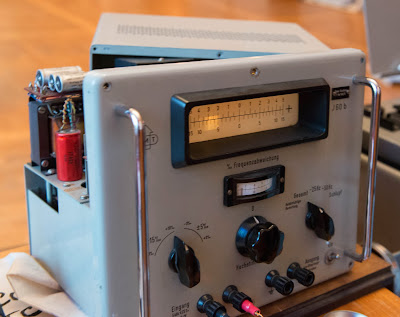 It's operated with the case open so the inside can be seen. Apparently it works with a light beam which is deflected by a mirror which has it's angle controlled: 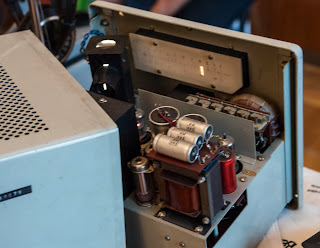 Thomas
Posted by VinylSavor at 11:35