In the last article about the UX201A Sound Processor I presented the power supply circuit. Now we will have a look at the assembly process of the PSU. 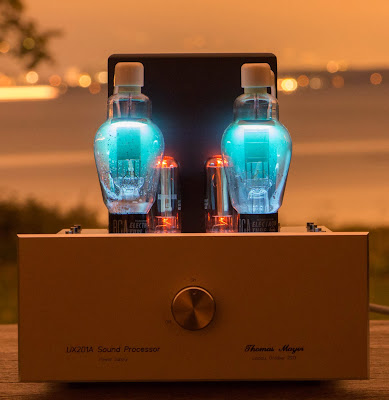 Since the power supply will be used along with the signal section, the chassis style should be similar, so no wooden enclosure but an all metal chassis. Same width and height, but the chassis had to be longer to fit everything in.

Here is a photo of the top metal plate which carries the tube sockets and the main power transformer: 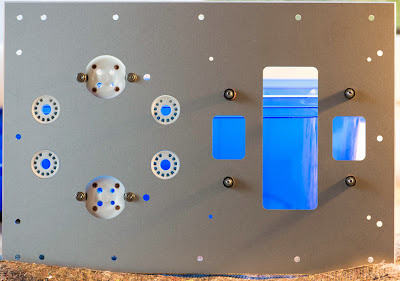 The rubber damping elements around the break outs on the right will carry the power transformer. There are 4 compactron sockets for 6CG3 tubes and two UX4 sockets for 866A mercury vapour rectifiers. These will be wired such that both versions of the power supply as shown in the previous article can be used. If the 866A/6CG3 version is used, the two 6CG3 sockets in the front are simple left empty. Alternatively only the compactron sockets can be equipped with tubes to use the all vacuum tube bridge.

The underside of the top plate: 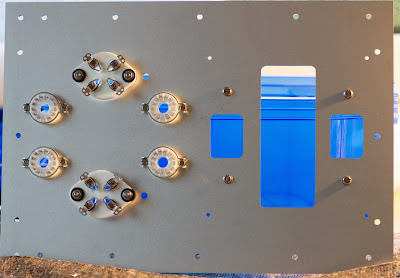 The side panels of the chassis are attached to the top plate by aluminium rails: 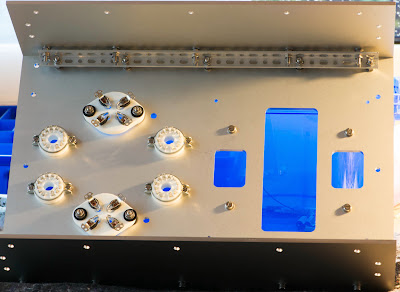 The back panel is attached in the same manner. Side panels and back plate are screwed together via a shorter aluminium rail: 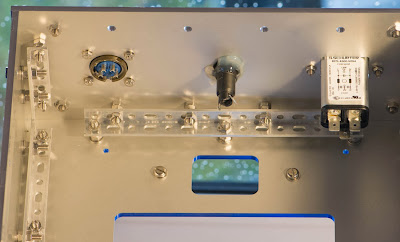 The enclosure with all side panels, back plate and front plate: 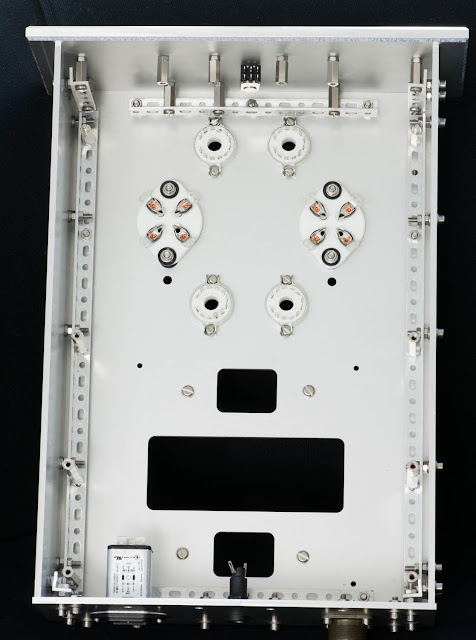 The main power transformer sits on the top and will later be hidden under a transformer cover: 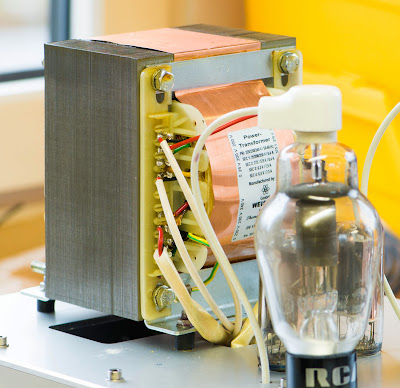 There is a separate filament transformer for the 866As: It is mounted over the tube sockets which are already wired up: 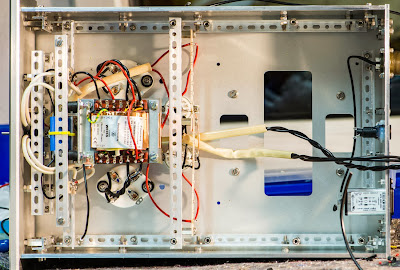 Capacitors, chokes and bleeder resistors are added and wired up. The inside of the finished PSU: 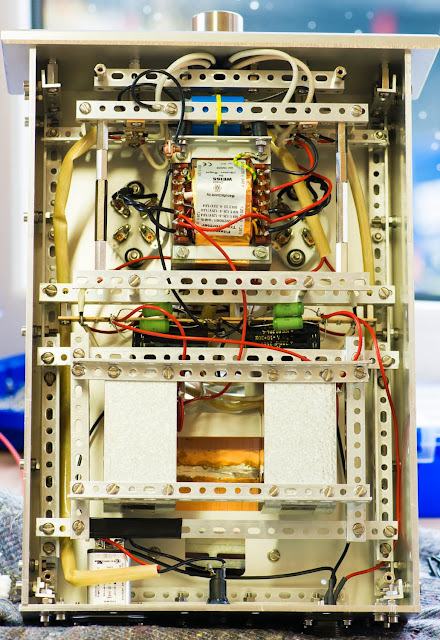 Closing the chassis with the bottom plate: 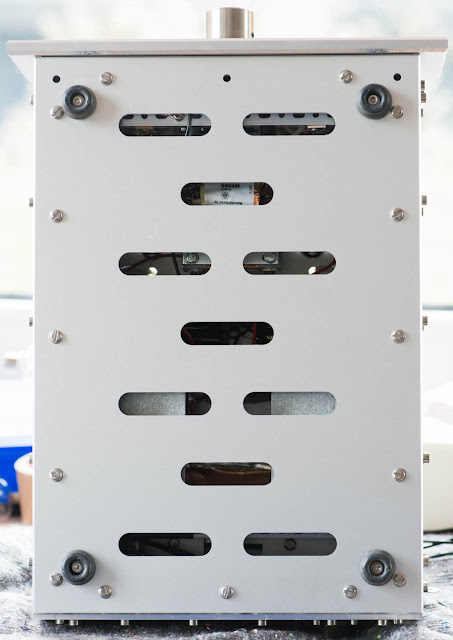 The finished PSU in operation: 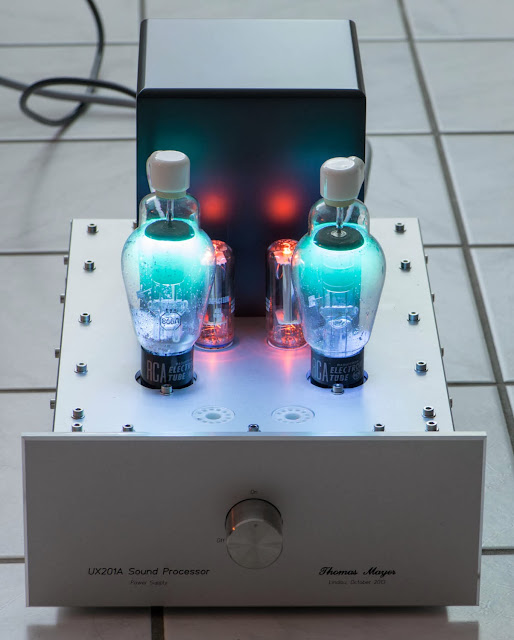 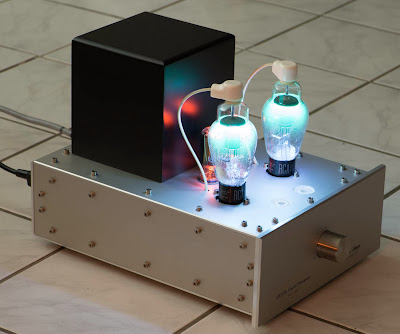 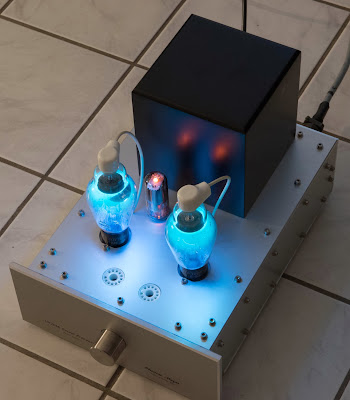 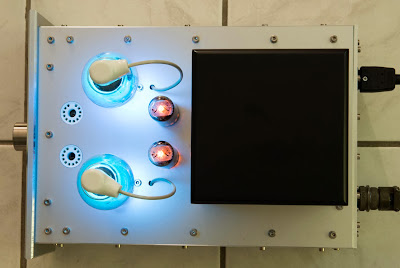 The glow of the tubes in the dark: 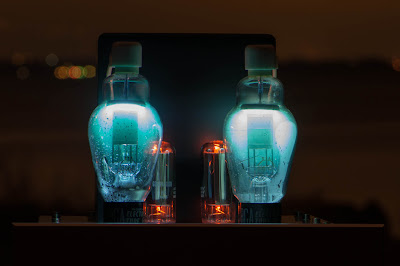 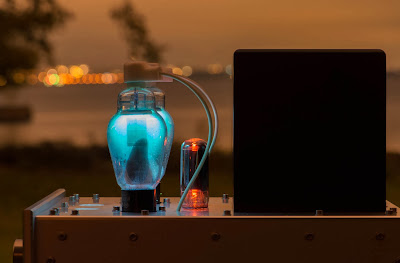 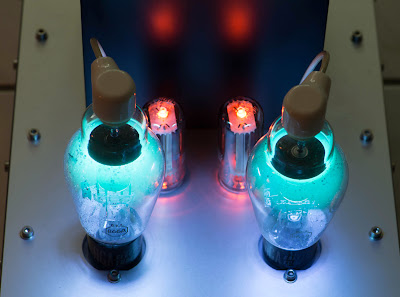 In the next and final part about the Sound Processor I will write about it's sound effect and how it can be used. After the questions I got about it I realised I did not elaborate enough about the purpose of this device. Stay tuned for more about this. 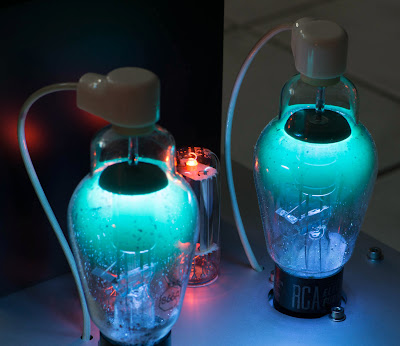 Email ThisBlogThis!Share to TwitterShare to FacebookShare to Pinterest
Labels: 01A, 6CG3, 866A, power supplies, UX201A