If you are a long time reader of my blog, you know that I am fond of TV Damper tubes and their use as rectifiers in power supplies. This month I am presenting yet another one: The 22DE4. 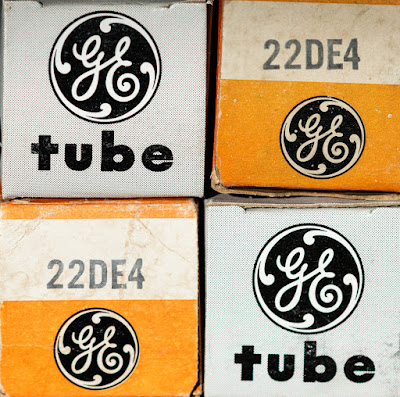 The 22DE4 is a variant of the 6DE4 with different heater voltage. The 6DE4 was featured as tube of the month in September 2016. 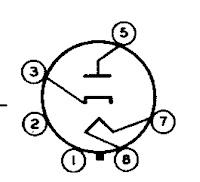 Besides the different heater voltage of 22.4V the 22DE4 is electrically identical to the 6DE4. It also shares the same octal base and pinout. I have written numerous times about TV damper tubes and heir suitability as rectifiers. For more technical details about TV dampers read the 6AU4 tube of the month post. While TV damper tubes were collecting dust in ware houses over decades and probably many went to landfills, more and more people seem to realise their value in recent years. Even some commercial tube amplifier manufacturers started using them. Among those a Chinese brand which currently has a popular 300B headphone amp on offer which uses 4 22DE4 in a full wave bridge arrangement. Way to go! Many years ago I picked up some 22DE4 in 100 pieces bulk packs: 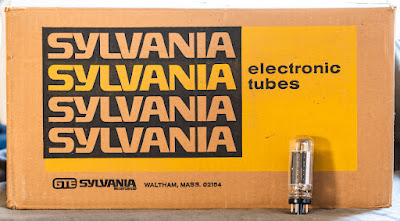 Made by Sylvania and with the so called 'coin base'. 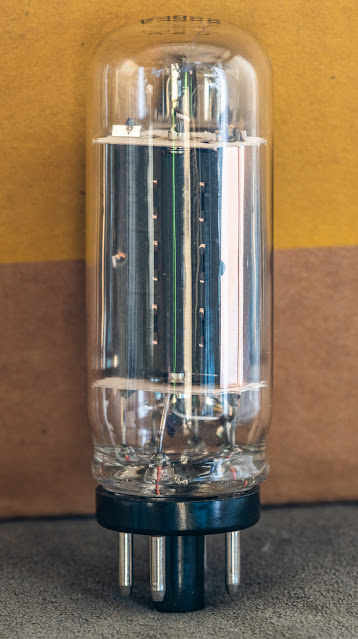 Getting hold of such bulk packs has the advantage that all tubes are identical. If you need 4 identical tubes for full wave bridge rectification. Or even 8 if you want to equip two mono blocks with rectifiers it can be a challenge. When you order TV dampers from a supplier and even all are from the same brand, chances are that they come with different styles and bases. Not that it would matter electrically but for cosmetics all 4 should look the same. 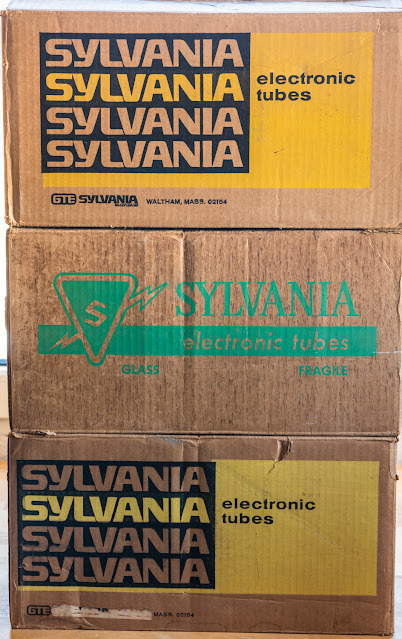 Each of these boxes contains 100 pieces. 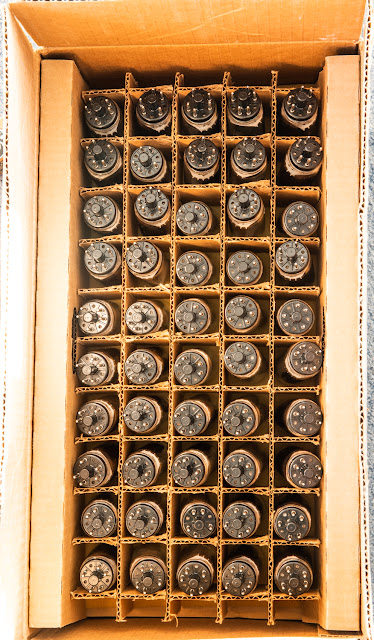 Arranged in two layers of 50 each. 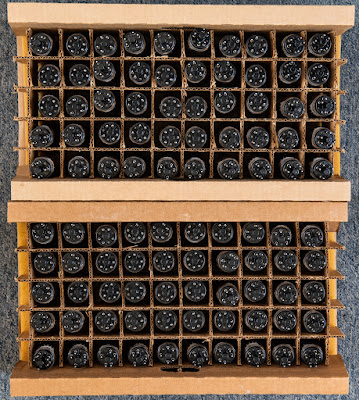 Many many years ago when I was experimenting with three phase power supplies and before I offered tube amplifiers commercially I used loads of 22DE4 in two power supply racks which powered my personal system. 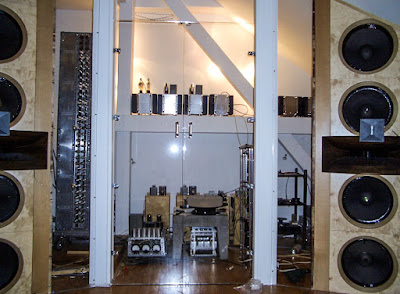 One of those racks can be seen pin the photo above behind the left speaker. 2 rows of 22DE4 from bottom to top on a 2m rack. That was quite a light show and room heater. My amps got way more modest since then. 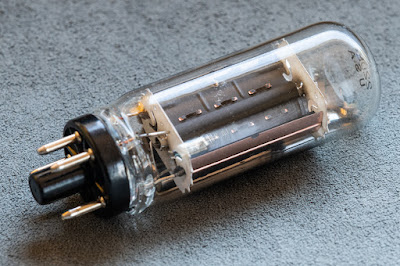 Let's have a look at some tubes in detail. 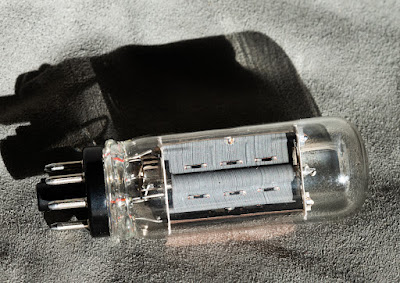 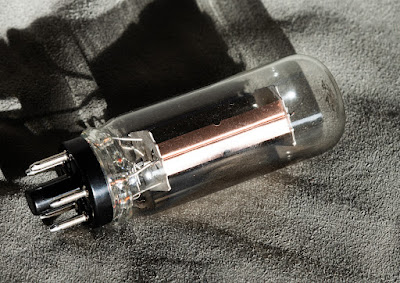 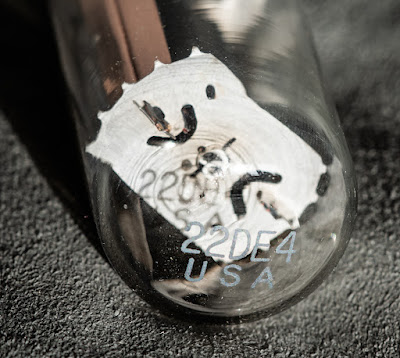 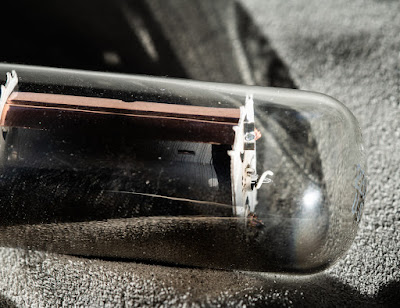 Here we see the heater wire protruding out of the cathode on the top: 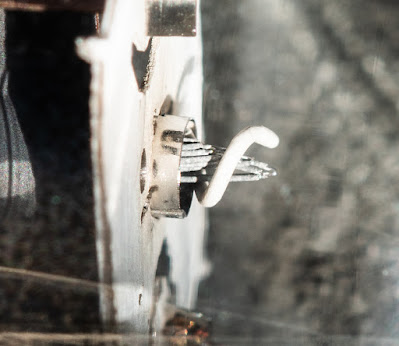 To get the 22.4V heater voltage a long heater wire is folded up inside the isolation spiral and pushed inside the cathode. 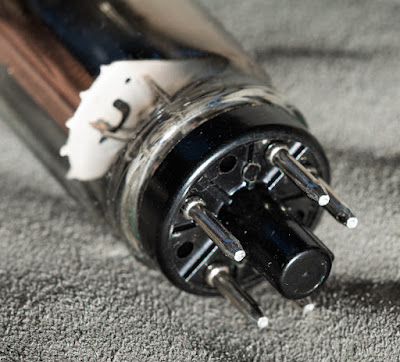 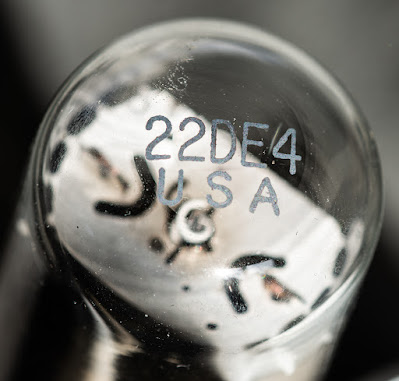 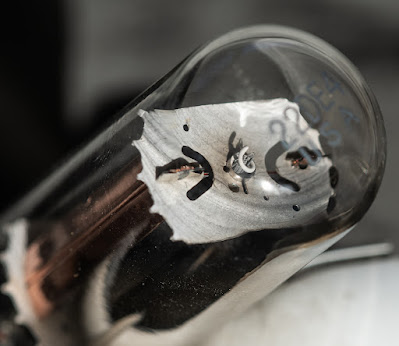 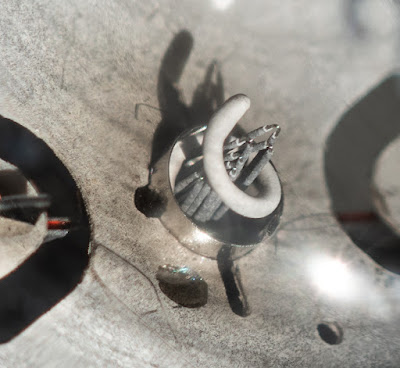 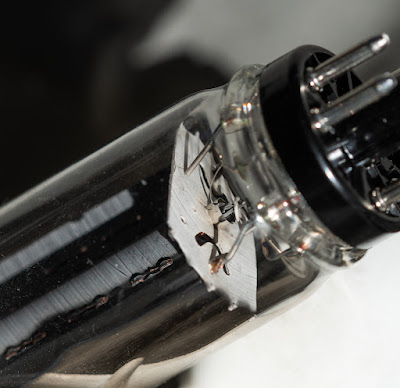 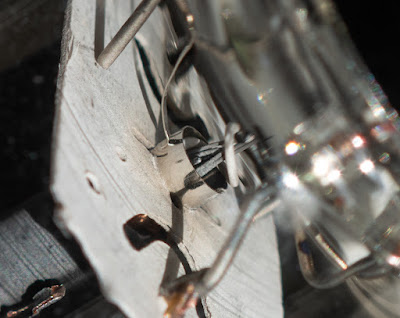 I also have a few 22DE4 to show which came in individual boxes: 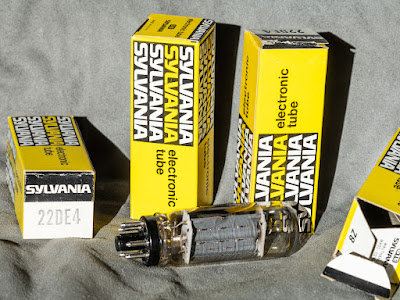 Also made by Sylvania and identical construction to the tubes from the bulk pack. 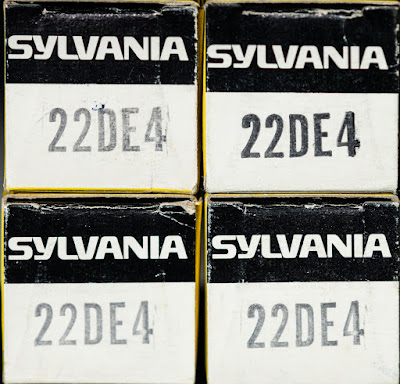 And some General Electric 22DE4: 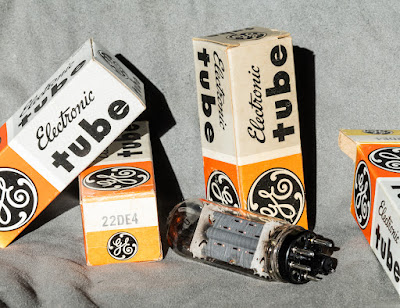 These tubes are identical in construction to the Sylvanias. As I wrote numerous times, there was a lot of cross branding going on: 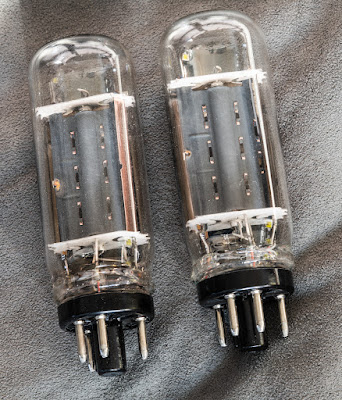 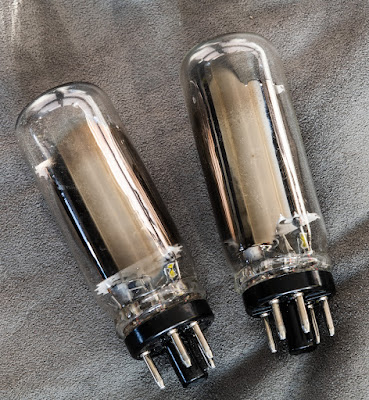 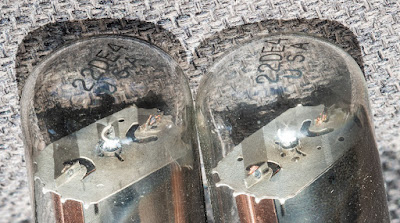 And lastly a 22DE4 in operation: 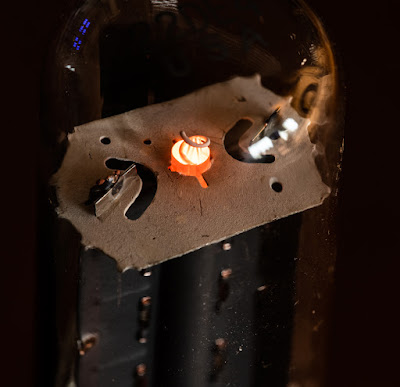 The bundle of several folds of the heater wire gives a nice glow. 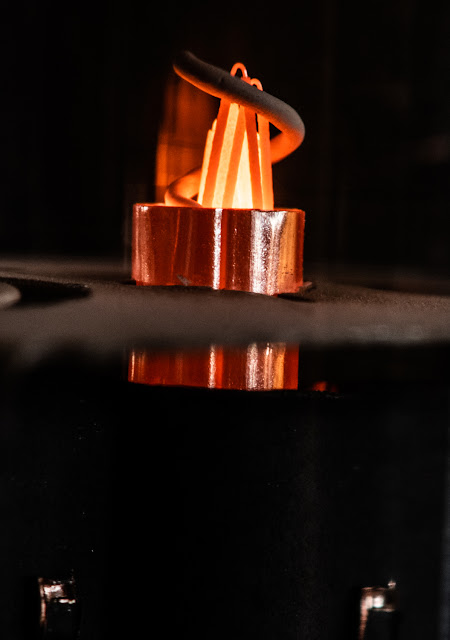