After the recent 6CB5A projects which had been attempts to keep the budget down, as in the low cost version, or to keep the size small as in the integrated amplifier, I just completed an all out, no compromise power amplifier with this tube. 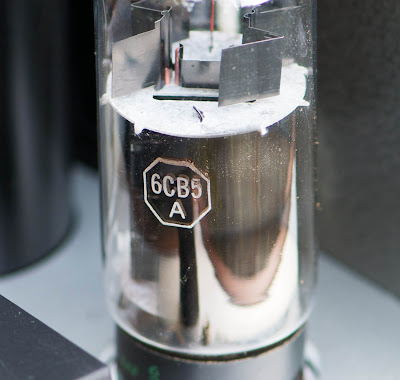 This is an upgraded version of a stereo 6CB5A amp which I presented last year. It has an external power supply in a separate chassis and uses more elaborate decoupling of the supply voltage to the driver stage, which now got it's own choke per tube. The power supply uses an all tube bridge rectifier instead of the hybrid arrangement. 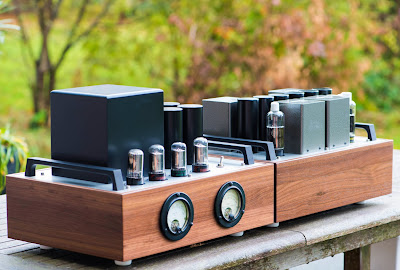 It uses Tango input and output transformers. This might be the last 6CB5A amp which I have built with Tango transformers since ISO Tango stopped production recently and it is not clear if they will get back into business again. 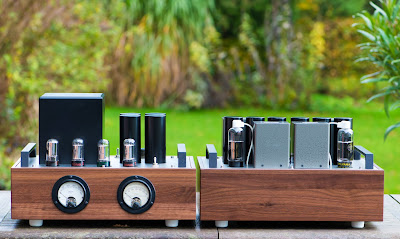 As is adequate for such a no compromise amplifier, all signal wiring is done with solid core silver. 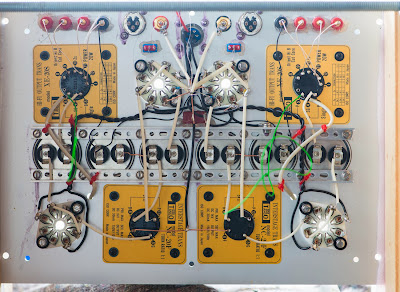 Four Lundahl chokes in the amplifier section for extensive decoupling of the power supply voltage. 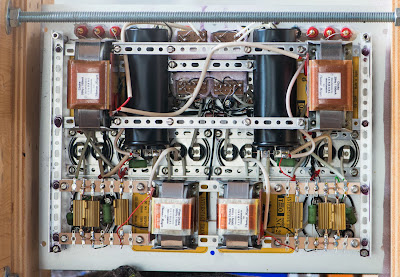 The finished amplifier section in the assembly rig: 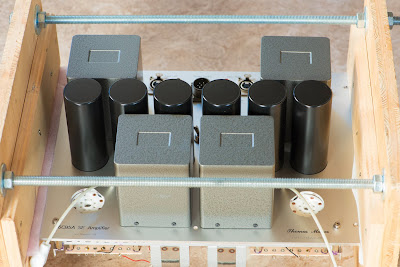 Amp mounted in the wooden frame, and powered up for a first listen: 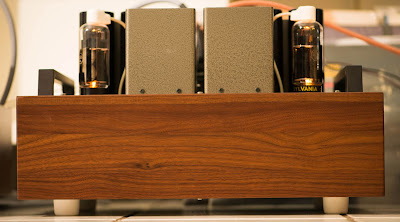 The PSU is a bit less crowded inside, the first wiring layer: 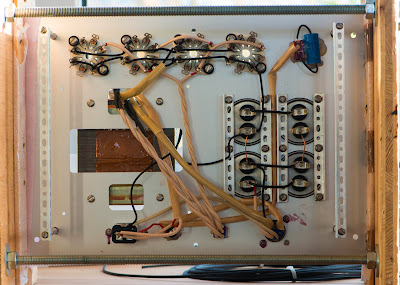 Two chokes added in another tier: 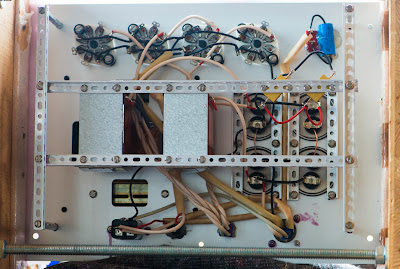 The PSU mounted into it's wooden frame: 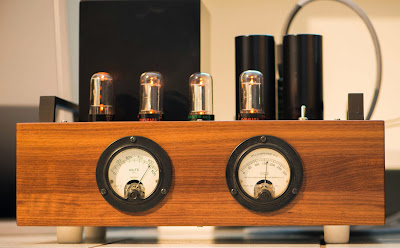 As a special touch, two vintage panel meters are inserted into the front. The left one shows the B+ voltage and the right one the current draw of the amplifier.


Some other specialities which this amp got: 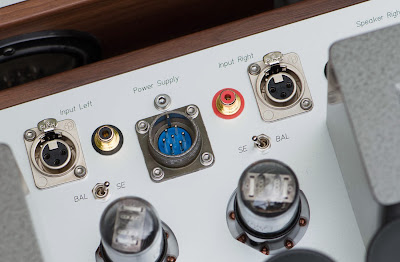 In addition to the standard single ended inputs, this amplifier is equipped with a set of input transformers for a balanced input option which can by selected by the switches.


The power supply has been made configurable so that it can either supply the 6CB5A amplifier section or a stereo 2A3 amplifier: 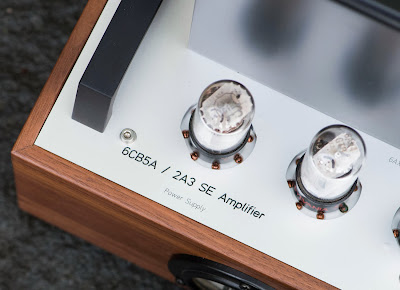 This is done with a simple switch at the back which selects different taps of the power transformer secondary: 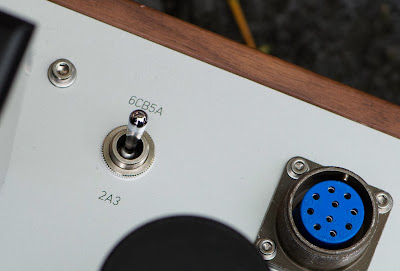 This amplifier shows again what a marvellous tube the 6CB5A is. Although the recreantly lower cost implementations sound very nice and enjoyable, this implementation is in another league. 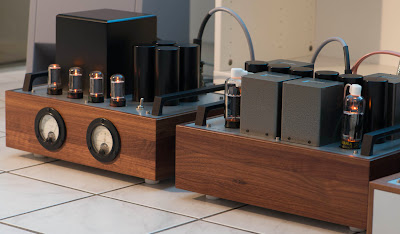 Very smooth, yet detailed sound. Especially the Tango NC20 interstage transformer contributes to this result, which can also be seen in the measurements which show an extended frequency response without any resonance peaks. 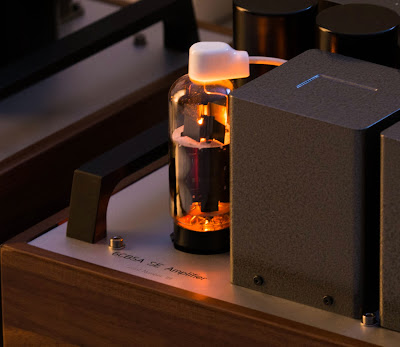 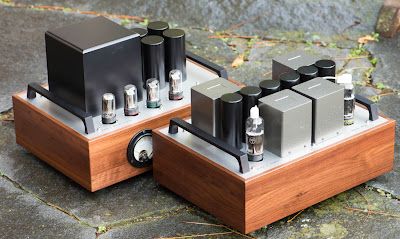 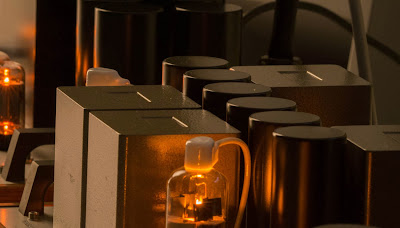