Since I recently finished another one of my ultimate line preamplifiers, I though I share some thoughts again about it's sound. 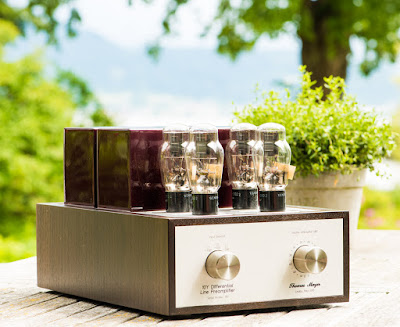 Yes, it's quite unusual for me to write about sound, and to rave about my own creations, but this preamp is really special and keeps surprising me. 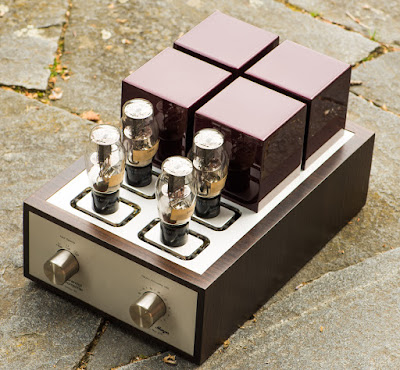 It shares the same circuit and component quality with the first ultimate line preamp I built. Only the inputs are set for different gains. While the first one had the input transformers wired for 0dB, +6dB and +12dB. This one has -6dB, 0 and +6dB to accommodate loud sources in the system it will be used in.

Silver transformers and chokes from the recent batch of silver goodies have been used. In total 14 pieces of silver wound goods!

And of course equipped with the 1602 variant of the 10Y triode. 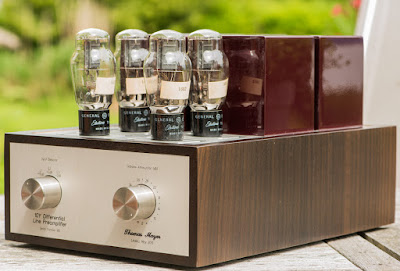 There is a lot of scepticism around against silver transformers. Do they really make such a difference?  I am not a wire and cable nut and use the most modest interconnect and speaker cables you can think of. But silver simply works for me in transformers. I do use solid core silver wire for all the internal signal path of amps and preamps but that is more to calm the nervosa audiophila which could otherwise raise it's ugly head ;-) But in actual tests I do not hear big differences between different wires. Yes there are differences but they are not important to me as described in the post about my thoughts about wire. But silver transformers are an entirely different story. 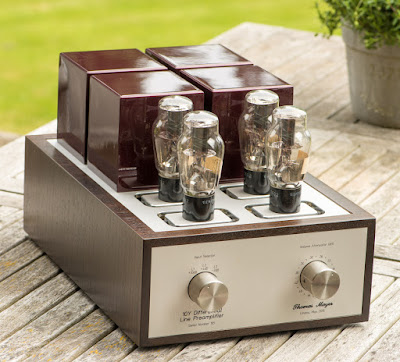 I already described my impressions in part 3 about this line stage. What I realised this time is the ability of this preamp to lift up an entire system even if the other components are of modest quality. Initial listening tests were done with a 7 year old build of my 6CB5A amplifier concept. The best implementation with Tango transformers but all copper and no DHTs. I used a ridiculously modest source. A vintage (more than 30 years old) Philips CD100 player, completely stock, no mods. All hooked up with cheap interconnects (single digit price range).

The improvements due to this line stage were easily audible from the next room! I was soldering on my workbench while the system was playing in the listening room with the door open. Subtle and sweet sounds swapped over from there and kept distracting me from soldering. This is when a change in a system really matters. When you hear it from the next room. 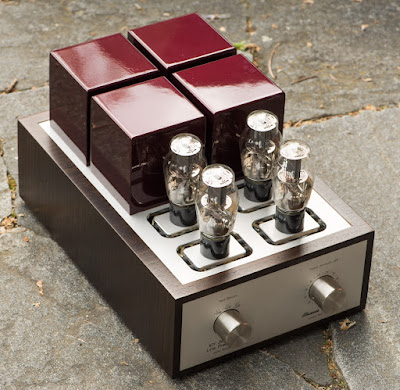 Then hooked up to my main system with the single ended EC8020 phono and the recently built stereo 300B amp or the 801A/211 monos, the strengths of this line stage became even more apparent.
Extremely life like voices and instruments. Cymbals are so nicely resolved and just swinging right there in the air. No trace of harshness even when the record is a bit roughly done. Still in this system the line stage was the only all silver component. Sadly I have to ship it to it's owner now. I need to build one for myself and I will pair it with a matching all silver variant of the differential EC8020 phono stage. 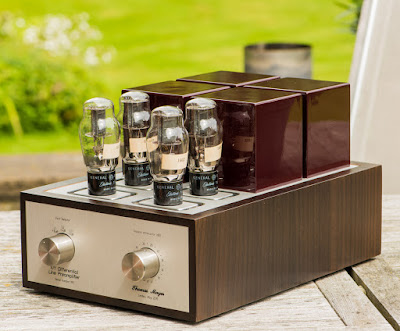 Thomas
Posted by VinylSavor at 09:56