A quick glimpse into my workshop showing the current work in progress. 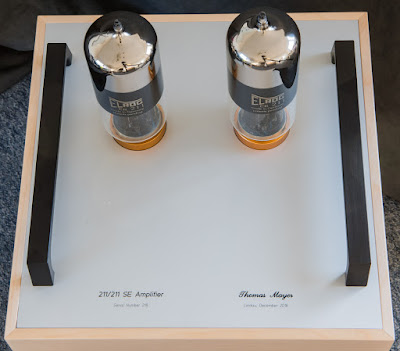 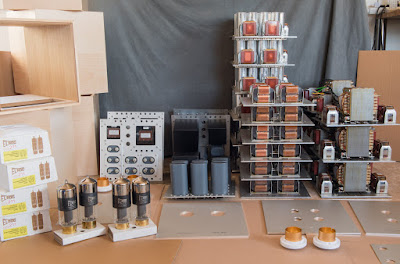 The photo above shows the pre assembled sub modules which go inside the wooden chassis. The top plates for one set of amps are already done. Since each mono block has its separate chassis a total of 12 chassis to be assembled and tested. 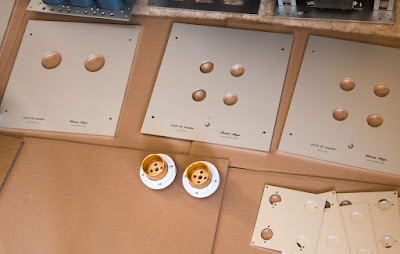 The large stack in the back are the modules for high voltage smoothing. 3 chokes and plenty of oil caps: 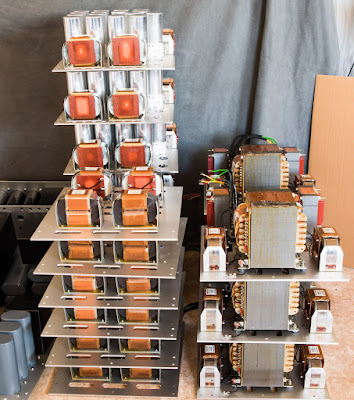 The shorter stack in front are the modules with the final filter chokes which will reside in the amp chassis. On the right two stacks of modules with the large vacuum varnished B+ transformer and the separate DC filament supplies for driver and output tubes. 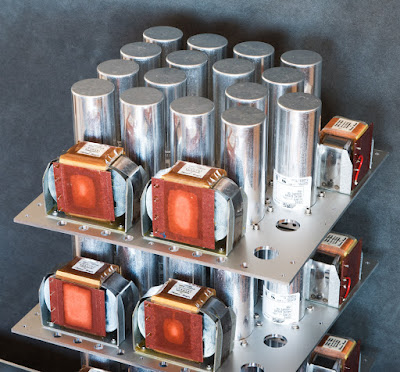 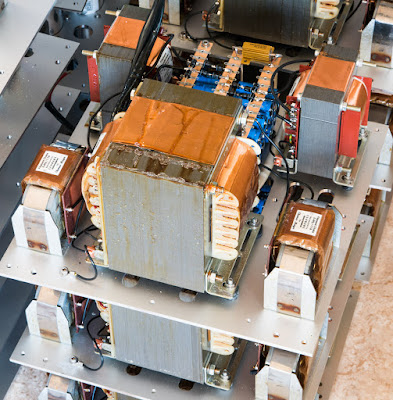 The modules with the Tribute output and interstage transformers: 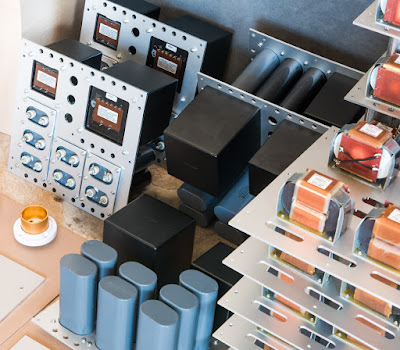 NOS paper in oil caps for the critical sections. 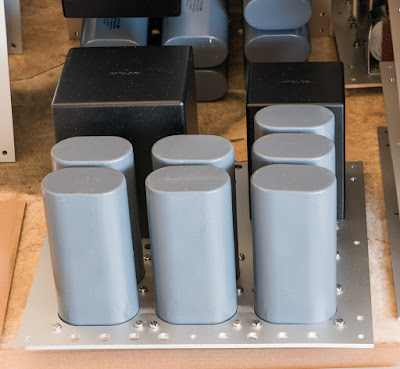 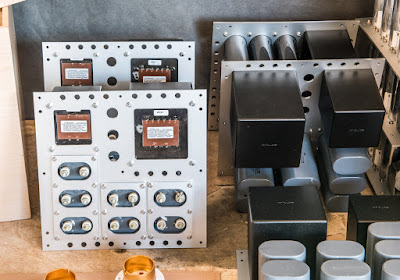 The amp chassis will of course be equipped with Elrog ER211 tubes: 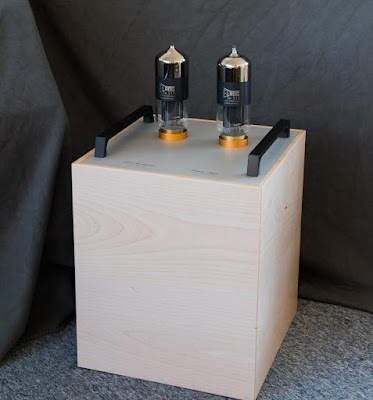 Alternatively these amps can also use the new ER242C.

While one set of the amps will get a similar hybrid rectifier as the amps from last year, the two others will use a bridge with 4 6AU4 TV dampers for rectification: 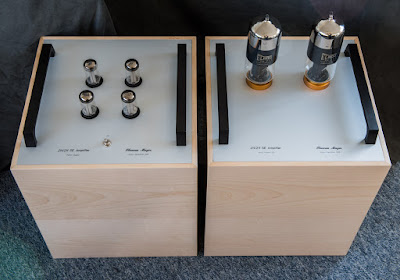 This is a similar arrangement as in the recently finished differential 300B amps.

The first set of these amps is due to be finished this month and the others will be done in January.