Among all the components I make, the D3a LCR RIAA phono stage is probably the most popular. Here two recently built ones in different color schemes. 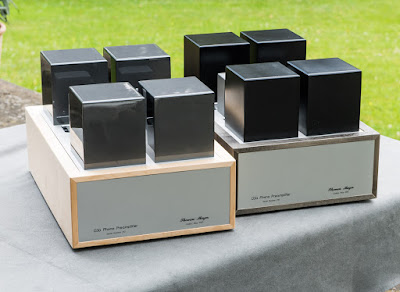 The circuit is unchanged since the last iteration which was introduced in 2015 first with EC8020 tubes and later also with D3a. 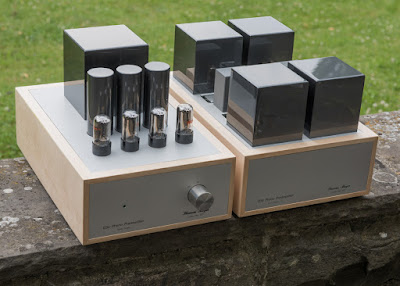 The new version also brought a design change with 4 transformer covers prominently placed on top and the tubes and LCR RIAA modules in the middle. 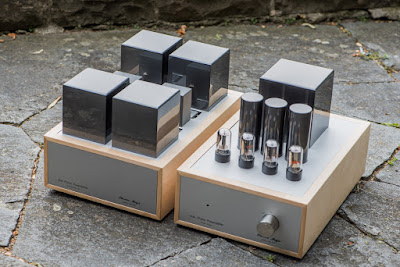 While some complain about the limited view to the tubes, this arrangement allowed the most optimised signal path layout and ground wiring. 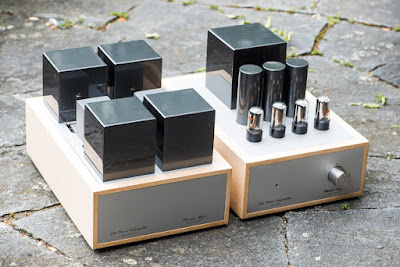 Here we see a version in light wood and with graphite grey transformer covers and capacitors. 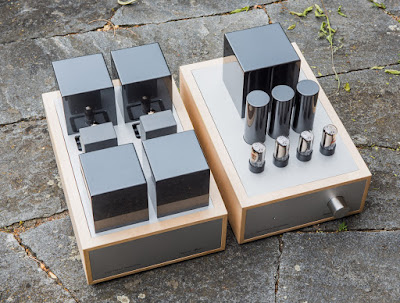 Although I introduced two cost down versions of D3a LCR phonos, one at a bit over half the price and one at a third of the price these never catched on and the one shown here remains the most popular. 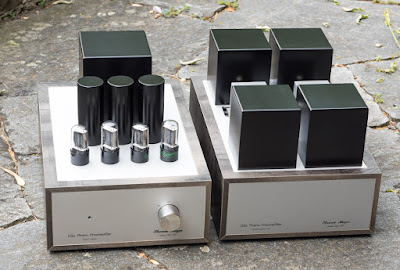 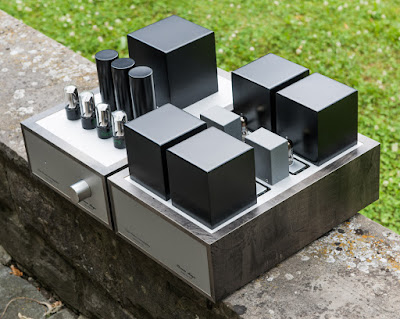 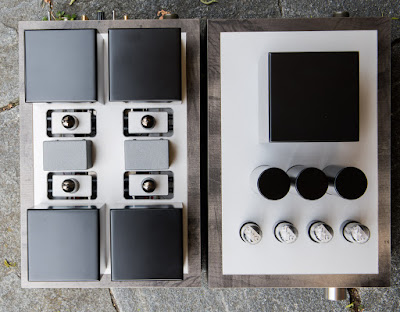 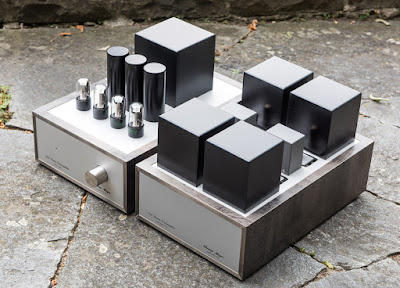 This phono stage is a great performer and I see no need to change or update it. It is only bettered by the differential version and of course the all silver ultimate phono stage. 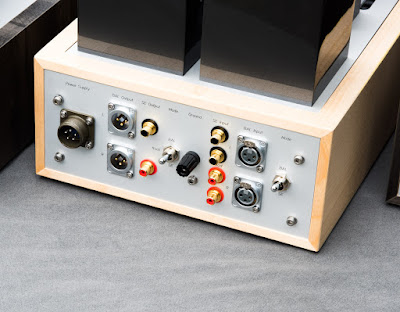 Although the circuit itself is single ended, all inputs and outputs can be connected single ended or balanced since they are transformer coupled.

This phono stage is available for MC cartridges only. If MM capability is needed the previous version can still be offered. That one allows to be configured for MM. Also the cost down versions can be built to accept MM cartridges. 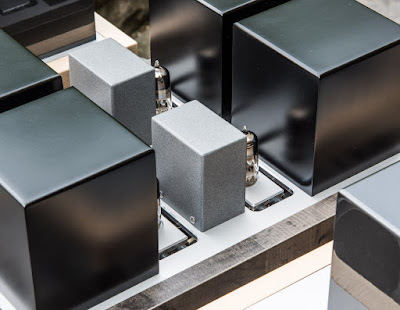 Email me if you are interested in such a phono stage for your system and I am happy to discuss the best option for you. 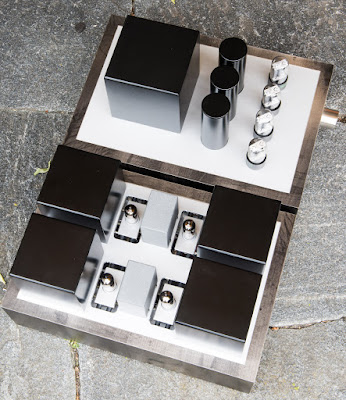