Since I mostly write about the 10Y linestages (those are also requested more often) many are not aware that I also offer a smaller, single chassis linestage using indirectly heated tubes like the 6AH4. 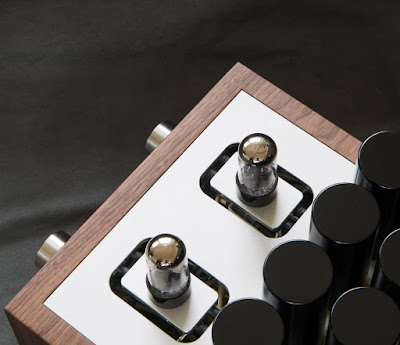 Depending on the gain requirements this linestage can also be built with the 6J5 or 27. 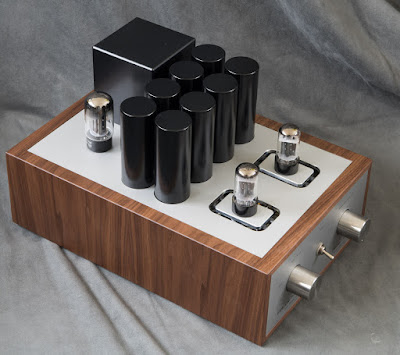 This version has a slightly different design than the 6J5 linestage. 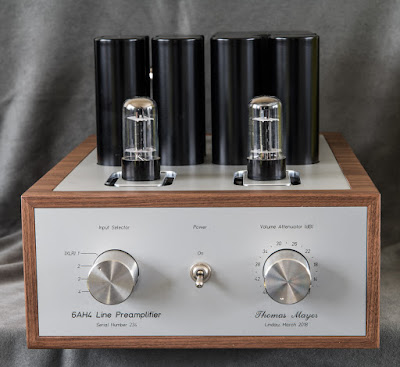 The tubes are prominently displayed at the front with all capacitors and the power transformer mounted on the top plate. The 6BY5 rectifier resides in the left corner at the back. 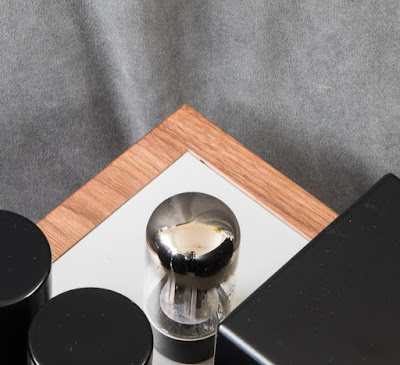 Here some impressions from the internals. The top plate with sockets and parts mounted and wired: 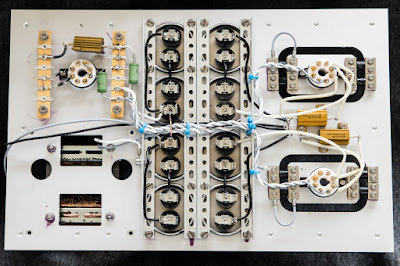 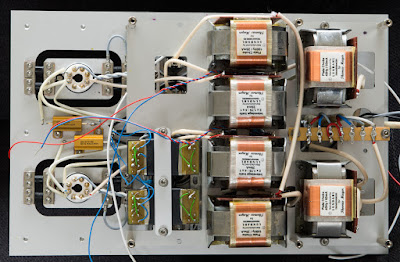 The transformer volume controls are then directly mounted on the front plate by the volume control switch. Here the preamp powered up for the first time in the workshop system: 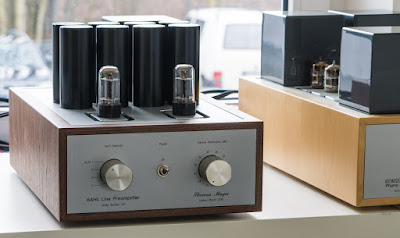 A compact solution for those who do not have the space for a 2 chassis preamp and it comes at about half the cost compared to the 10Y line. 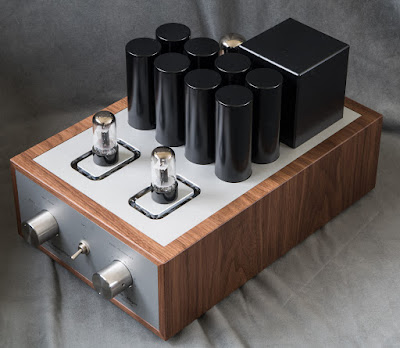 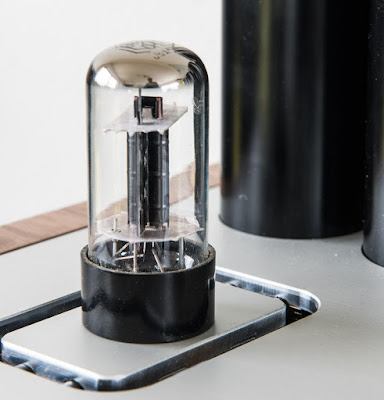 Email ThisBlogThis!Share to TwitterShare to FacebookShare to Pinterest
Labels: 6AH4, 6BY5, Preamplifier