In April I shipped a pair of single ended 300B mono blocks along with a 10Y line preamplifier. 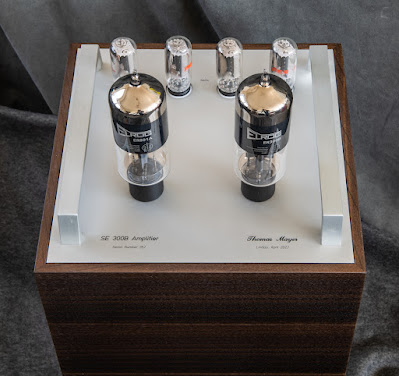 Their new owner sent some feedback about their sound and allowed it to be published. 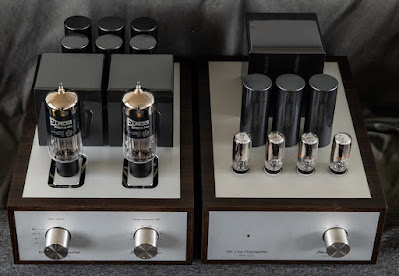 This is what he reported back:

This feedback took more time than expected, seeing that the sound has changed so much in the course of the first two weeks of use. At first the sound was a little closed-in, but after the first week they started opening up. Now, after two weeks of hardly being able to switch them off, the window into the music has opened wide! My expectations were naturally high, due to the quality and cost, though I have to say that the experience has far superceded my expectations.
First a few thoughts about the "sound". The extreme transparency and being extremely dynamic - combined with being extremely musical is something I find very unusual, since my experience usually finds a compromise of one or the other, that these components don't seem to have.
I can listen to music for hours on end, and previously, with systems that are very detailed, dynamic and transparent, I become saturated, and able to end the listening session more easily. But now, after hours of listening to variously complex music at realistic volumes, there is no auditory fatigue whatsoever. Switching the system off becomes an impossibility.
However, these terms and observations are somewhat irrelevant, seeing as how for me, all that really matters is the experience of the emotional content of the music . Being able to see the colours of sound, feel the texture of the music. In addition, experiencing that the music is communicating with me. That the content of the music is forcing me to listen, to pay attention to what it is trying to convey. Whether it is instrumental og vocal, they are equally capturing, and with a two way communication that I have never before experienced in a stereo system, only with live music.
There seems to be a magical capacity of musicality, though I believe that the "magic" in reality can be explained as a combitation of extremely well suited tubes and their positioning in "perfect"  circuits, as well as an unwillingness to make compromises in the power supply (ref. the wheight and size of the components... stereo 300B... 80kg+).
Being able to "harvest" the historical event of the original performance of music and having it be available at any given time is for me the ultimate goal of musical reproduction and uniquely apparent in these components.
From the first e-mail corresponence concerning my needs and preferences to the continous updates during production and finally unpacking of the boxes, it has been so enjoyable that I would easily repeat it just for the positive experience.
And here some photos of the amps and preamp in his home: 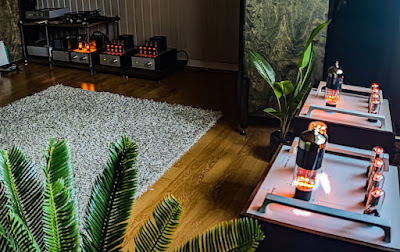 So far the amps have been used with the standard Elrog ER300B. I recommended to enjoy the amps for a while and then experience yet another jump in sound quality with the TM300B tubes. 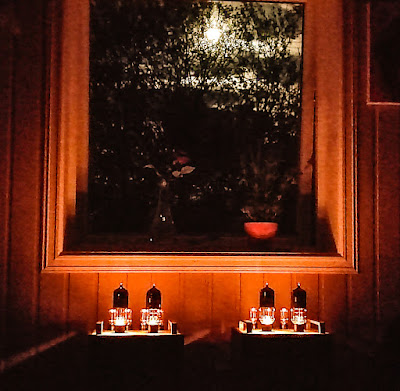 If you are interested in getting your own 300B amps or 10Y preamp built, drop me an email. 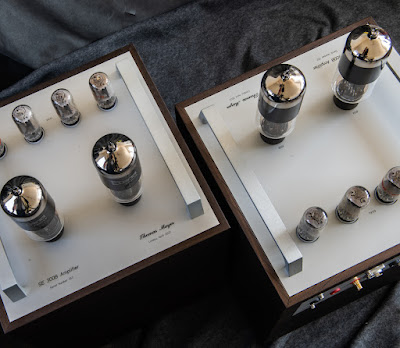 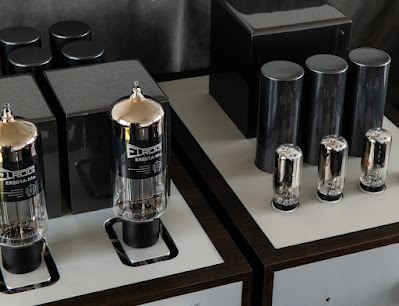