In this post I will show the construction process of a pair of 211 mono blocks which I assembled during summer. 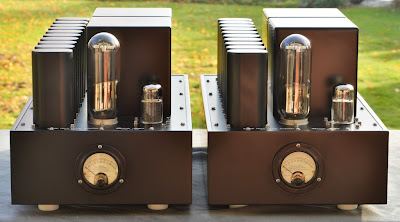 The circuit of these amps is the same as shown in a series of articles last year, with just some minor improvements. The circuit is shown here. 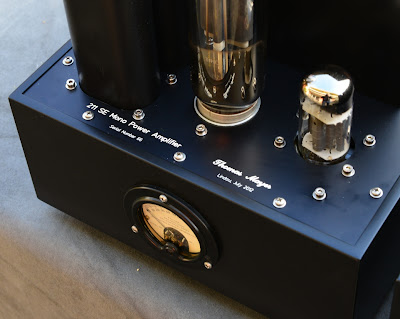 The assembly followed the same approach as shown in part 2 of last years posts. It starts with a pair of metal plates shown in the next photo rigged up in assembly jigs: 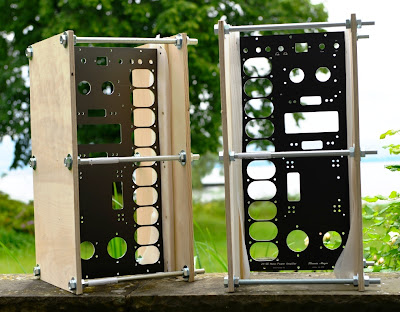 In the first step all sockets, connectors and switches are mounted: 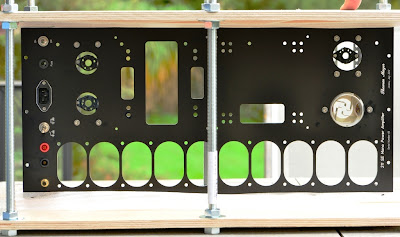 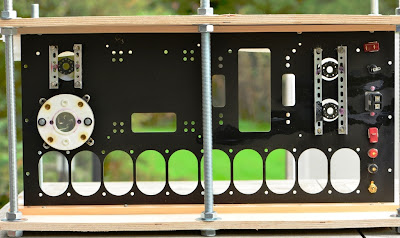 Then the paper in oil capacitors: 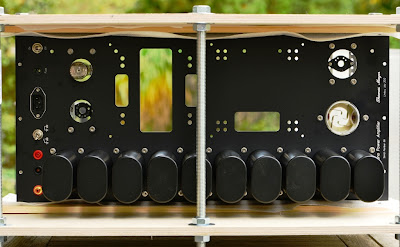 The caps are clamped to the metal plate with two aluminum profiles: 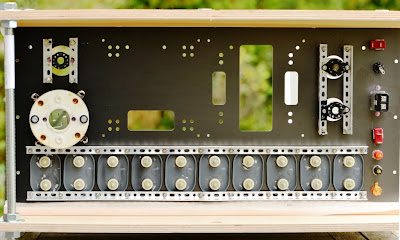 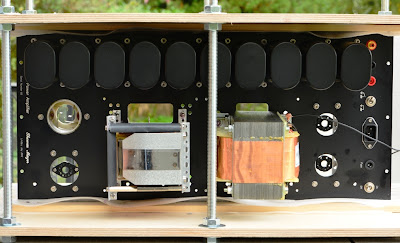 Some initial wiring of the capacitor bank: 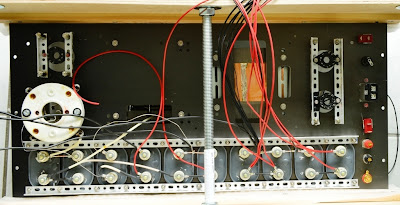 The filament transformers are mounted on the bottom side: 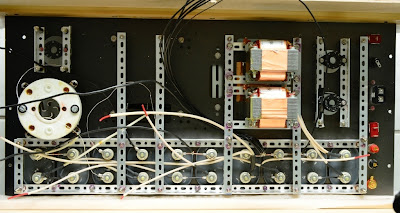 Then the chokes are added, 5 in total. 3 for smoothing of the high voltage and separate decoupling of the driver stage. 2 filament chokes for the 211: 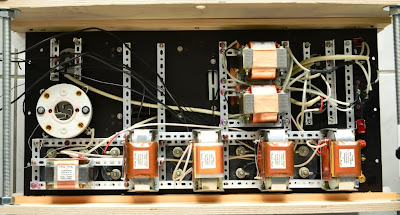 Next the interstage transformer, completion of the filament supply, cathode and bleeder resistors and completion of all wiring. All wires carrying high voltage have double insulation. All signal wiring is done with solid core silver wire: 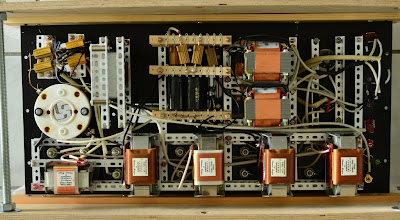 Now everything is ready for an initial test and listening. Afte rthe first tests were ok, the assembly got inserted into the wooden frame: 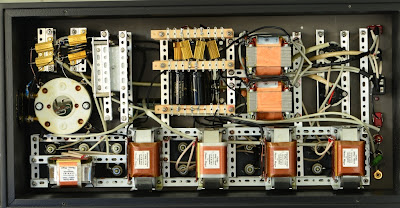 Another test and final adjustment of voltages then the transformer covers can be mounted. The large ouput transformer had to be attached sideways so that the cover (150 * 150mm) fits: 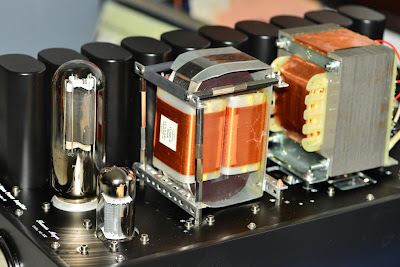 And the bottom lid attached. 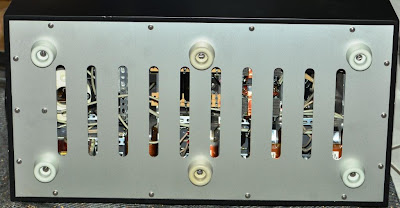 The finished amps in all their glory: 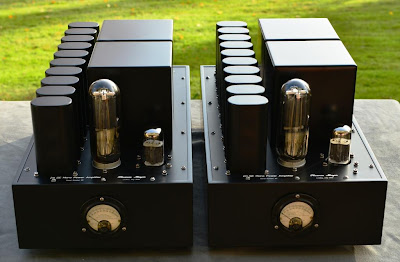 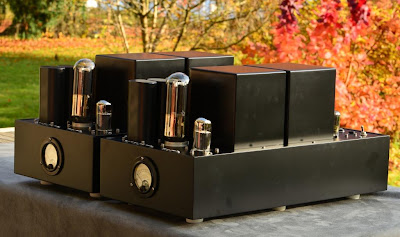 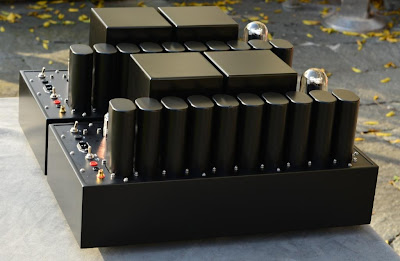 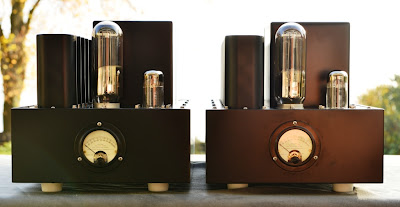 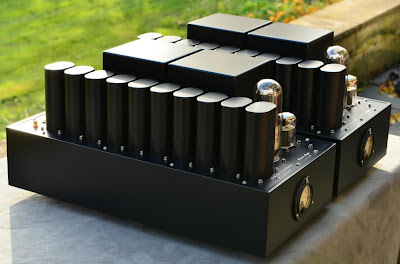 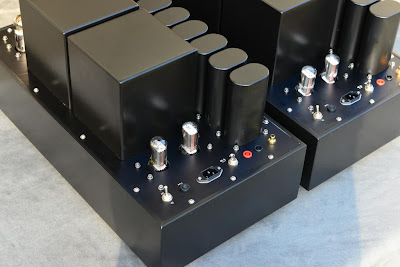 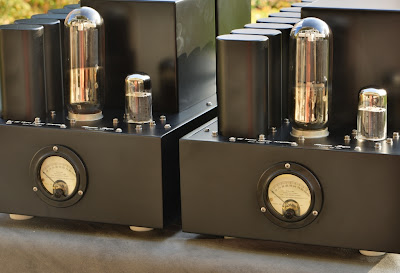 Thomas
Posted by VinylSavor at 15:08