After the last article about a low cost amp, let's move to the other end of the cost spectrum!

Last year I already reported about various silver versions of Lundahl transformers. So far the MC step ups have been the only ones which I have used yet. A listening test of the LL1933Ag silver MC step up can be found here. Everybody who used these so far was very pleased with them. Now it's time to also use the silver version of the LL1660 interstage / line out transformer.

This pile of silver is waiting to be used in some upcoming projects: 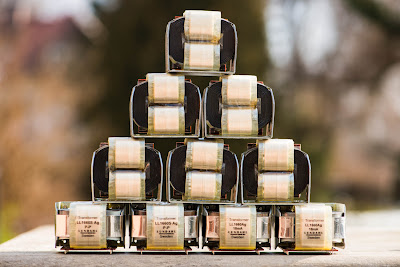 Even more silver is on it's way from here. Silver wound AVCs for the linestages and silver RIAA coils for the phono stages.

Of course the phono stages will be equipped with silver wound MC transformers: 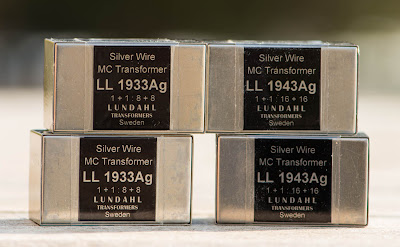 LL1933Ag for the differential EC8020 phono stage and the LL1943Ag with the higher step up ratio for the DHT phono stage which can use that extra gain.

Stay tuned for reports of the impact of all this silver on the sound.