Last month we had a directly heated tube with the unusual Acorn shape and base. This month I'd like to present another tube with a base which I have not shown before, a Loktal tube, The 1LE3. 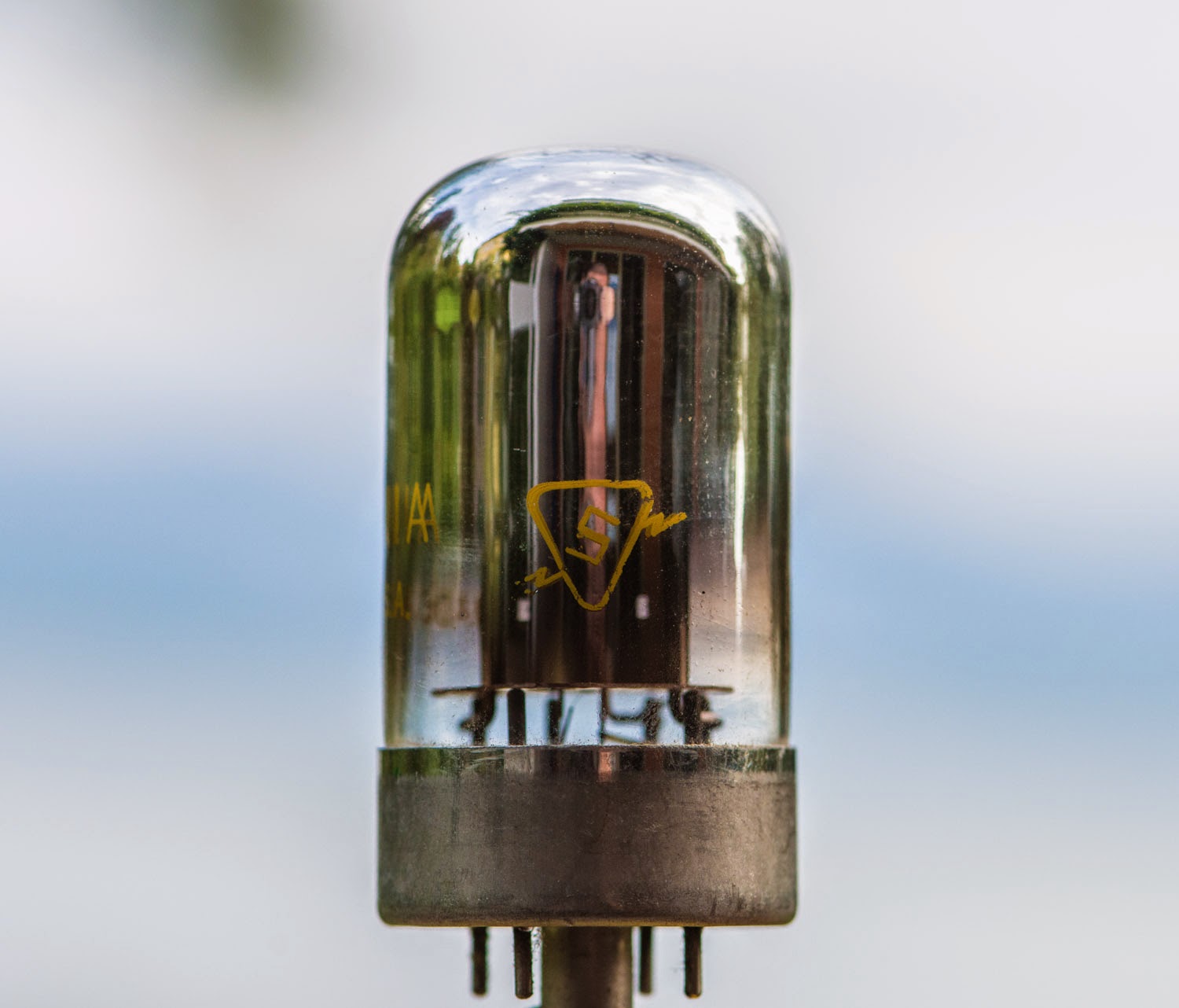 The Loktal base (sometimes also written 'Loctal') was introduced in the 1930ies by Sylvania to compete with RCA's metal tubes which were on Octal bases. The Loktal tubes had center shaft with key for correct orientation and an indent which locked the tube safely into the socket. Hence the name which indicates this Lock-In feature. These tubes were especially targeted at military and portable applications which require the tubes to sit tightly in their sockets. But they were not very successful and not many manufacturers besides Sylvania made these tube types. The Loktals were actually all glass types and used the wires which extend through the glass as base pins. This way they had low pin capacitances and were especially suitable for RF use. The metal ring around the bottom left the area around the pins exposed and was probably there only for shielding. 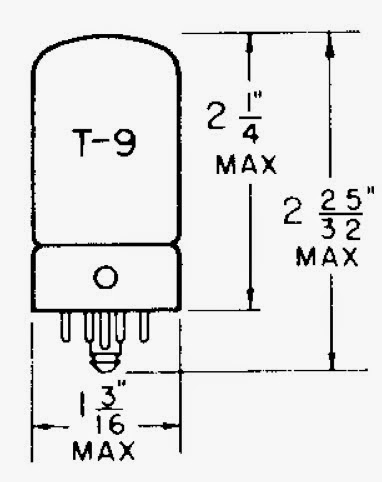 These bases and also the pins of Loktal tubes are a bit probe to corrosion. On the base that is merely a cosmetic issue but tube pins usually need some cleaning after longer term storage. This was probably also a reason why they never really found wide spread use. There had been many equivalents to popular Octal tubes. these are still available at good prices due to the uncommon base. Some of these will be covered in future Tube of the Month articles. Smart amplifier builders resort to such ignored types instead of hunting down expensive Octal types. With some cleaning of the pins these are well usable and worth considering for audio projects. But let's get back to the 1LE3. I have chosen this one for this month since it is also a directly heated triode for small signal applications. It's filament needs only 1.4V at a minuscule 50mA. So this tube would be quite suitable for using filament bias. The complete technical data can be found here. The plate curves in the data sheet look quite promising: 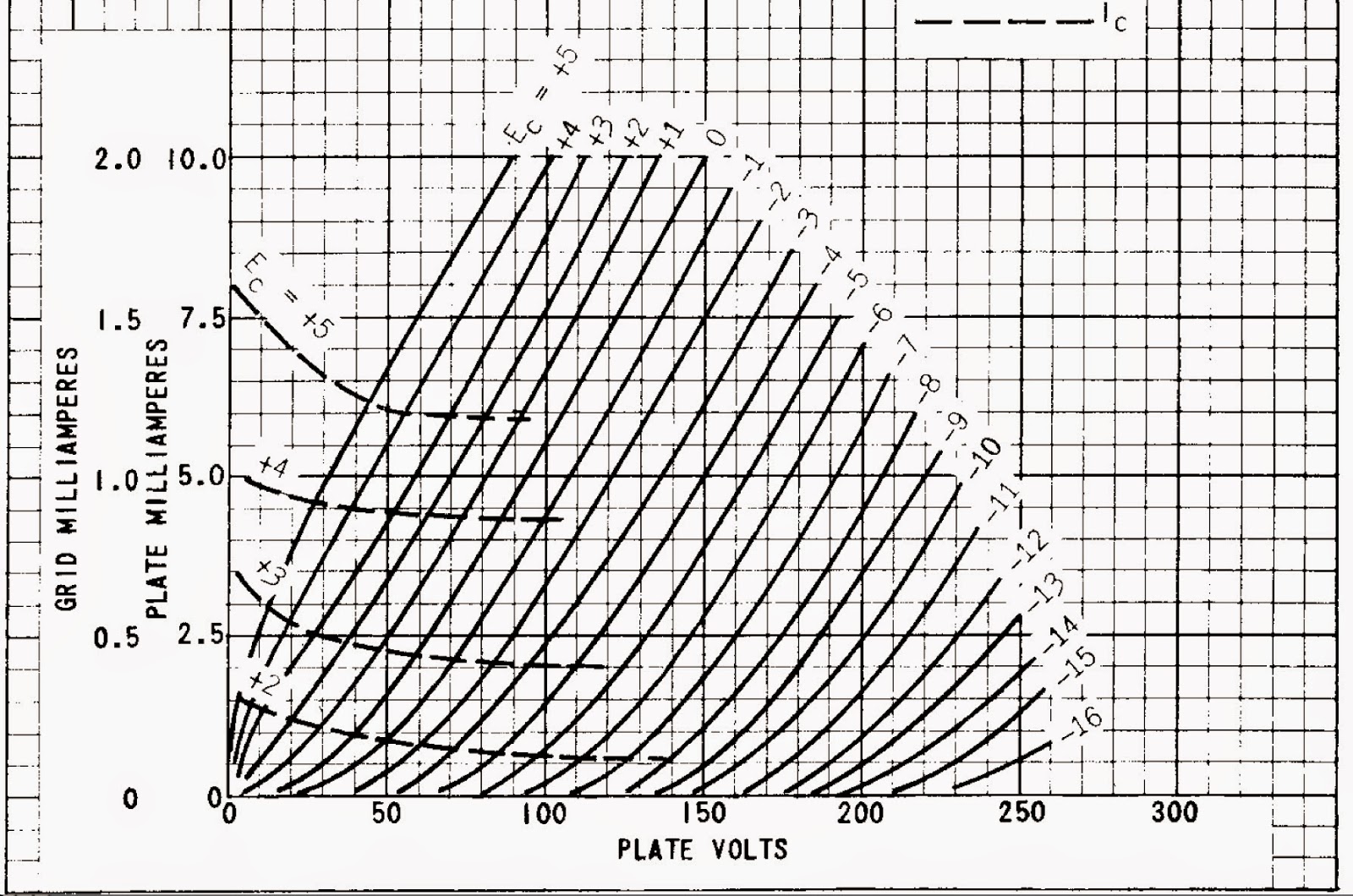 As the curves indicate the 1LE3 is meant to work well into Class A2 territory with the grid going positive and it stays fairly linear there. As always, let's see how an actual tube holds up to this on the curve tracer: 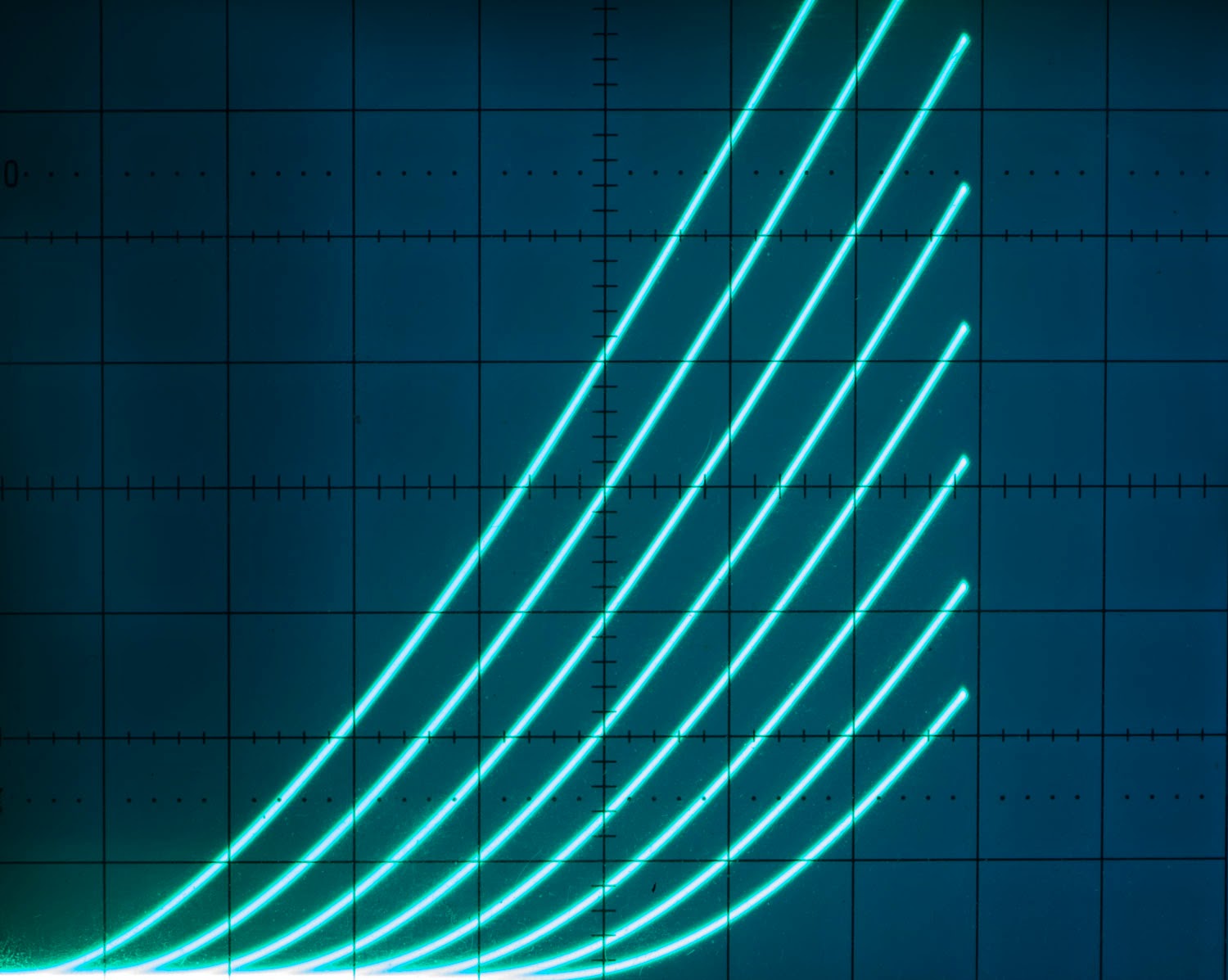 Let's have a look at some 1LE3 tubes. As mentioned most of the Loktals had ben manufactured by Sylvania. All 1LE3s I have come from this manufacturer. 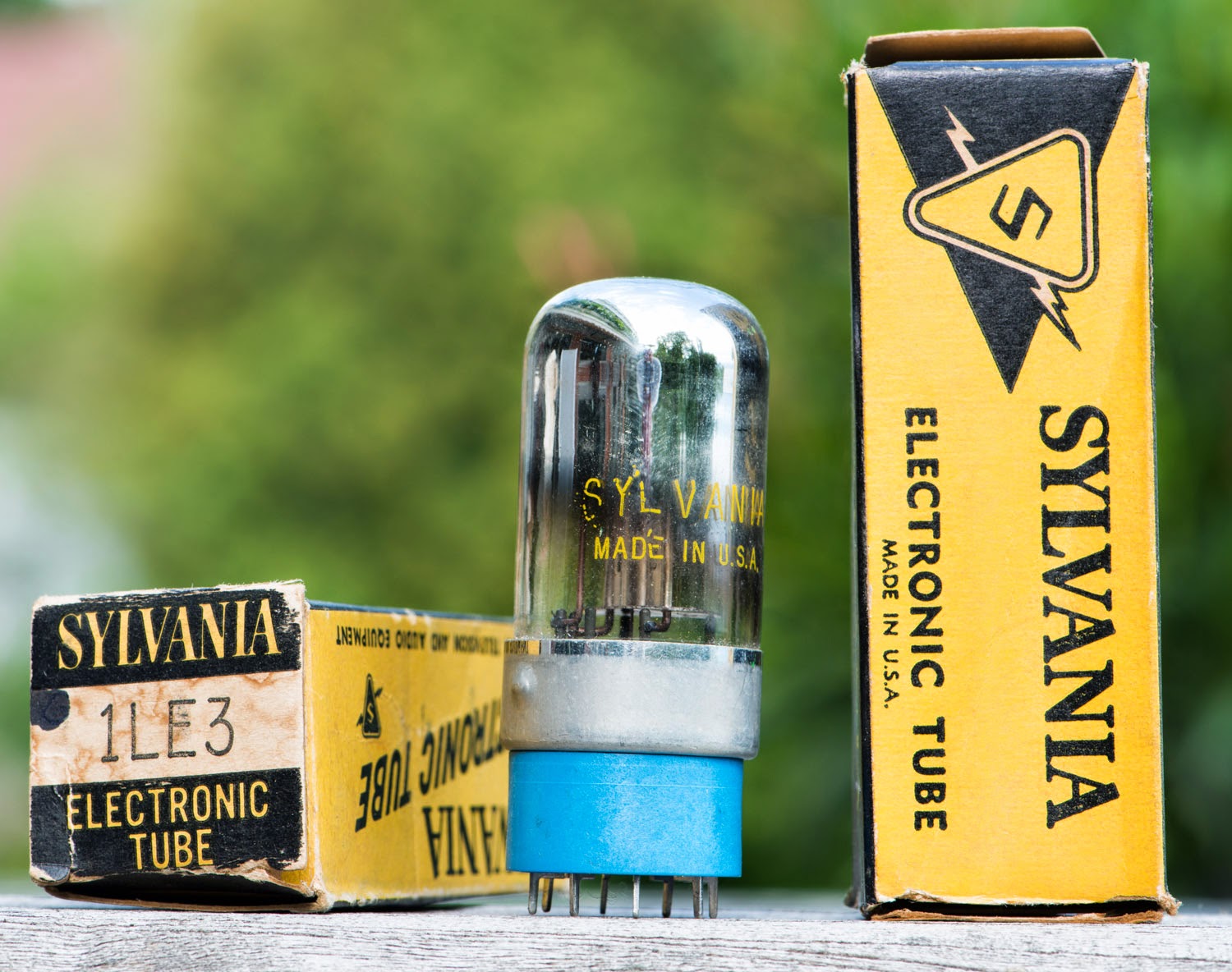 Branded Philco, but made by Sylvania: 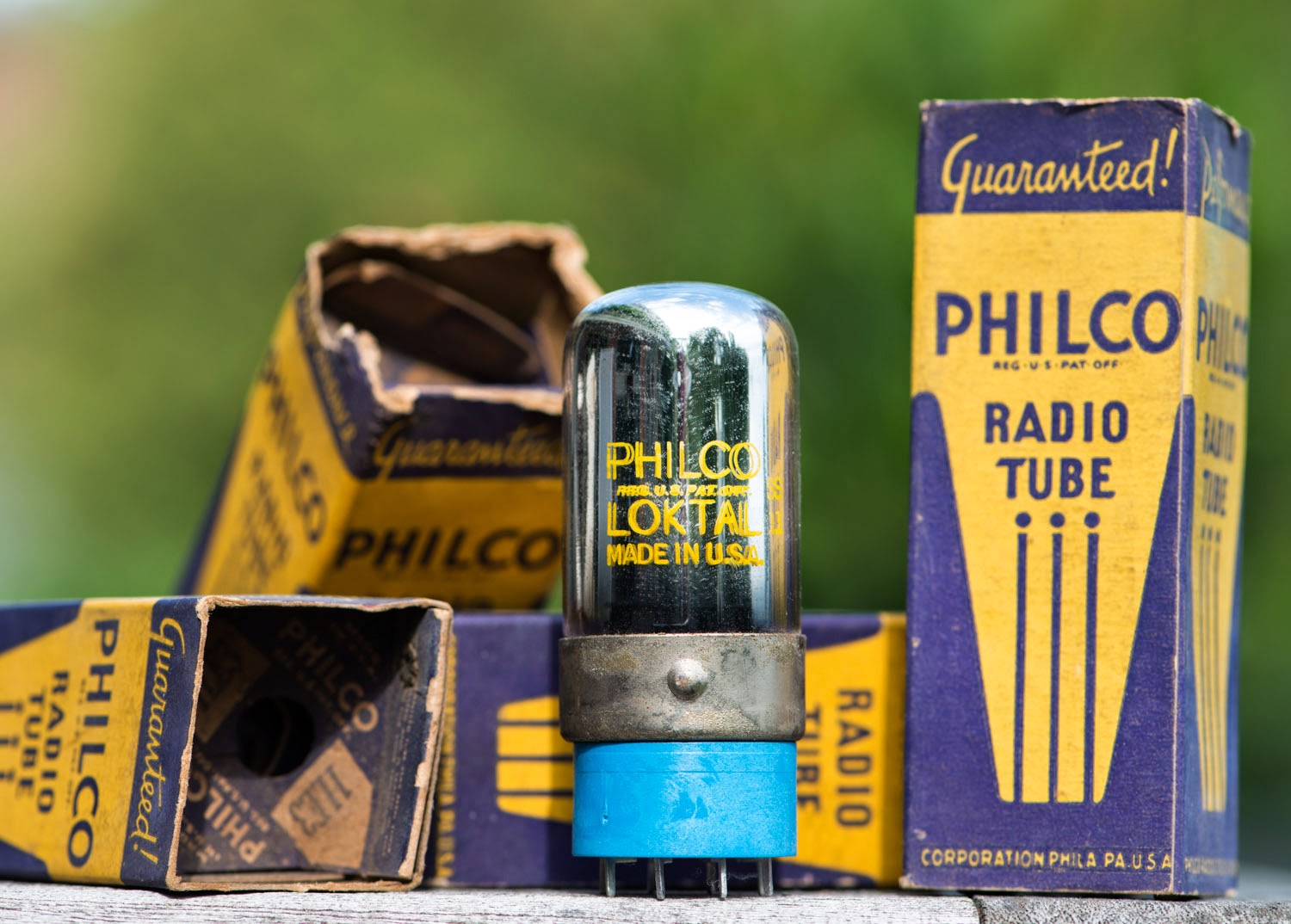 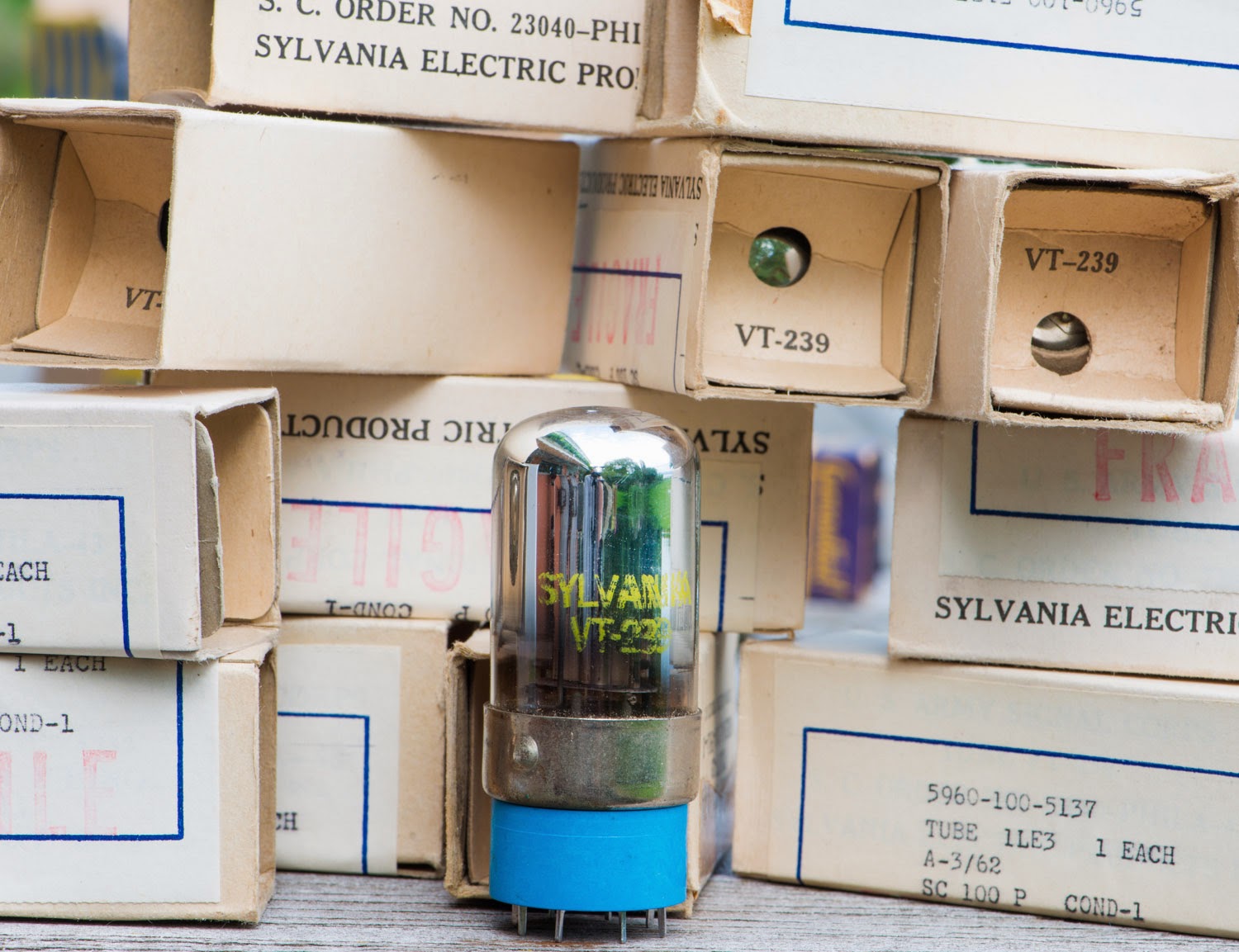 Let's have a closer look at the base: 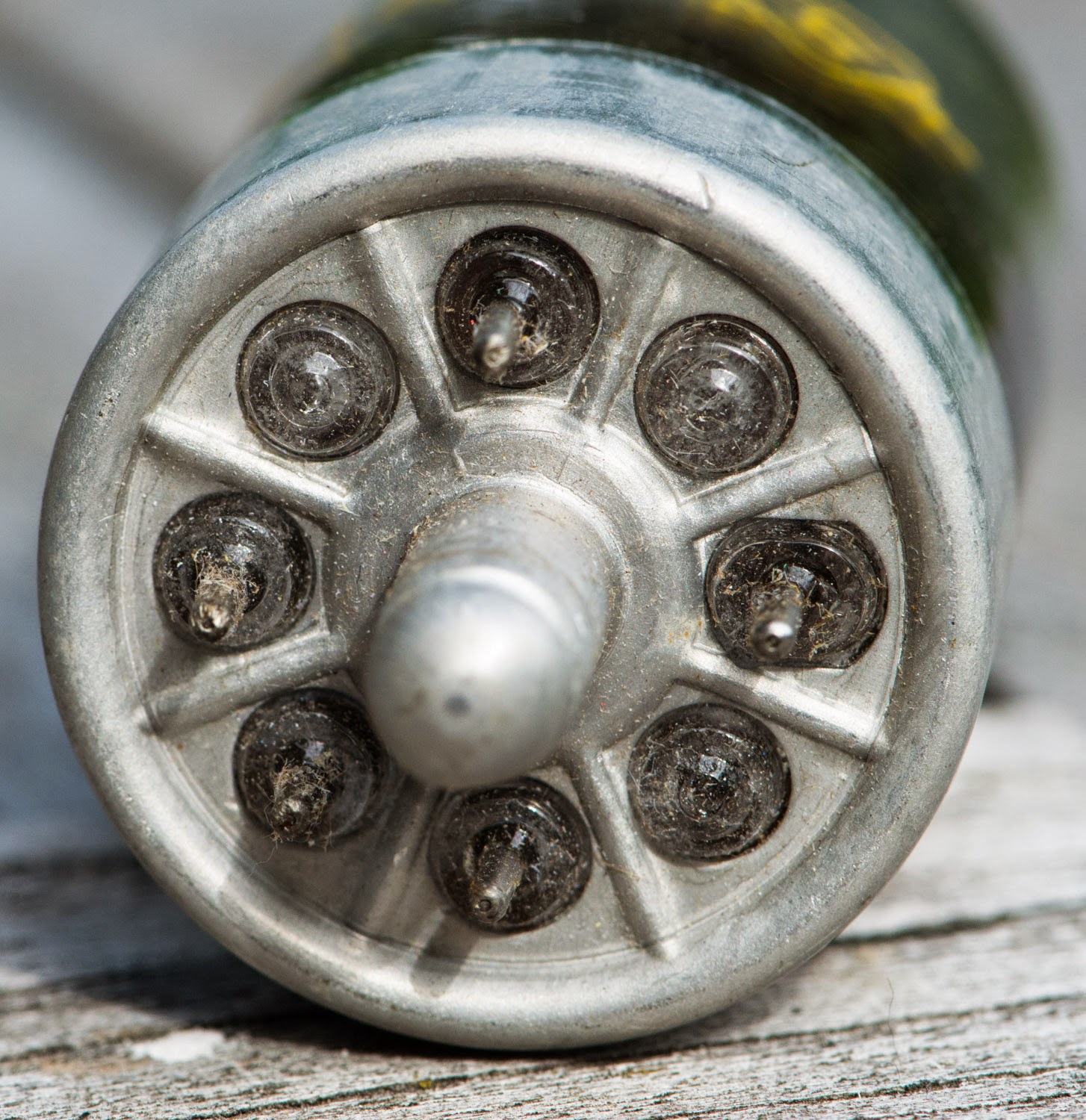 On this tube we see the corrosion which is quite typical for Loktals: 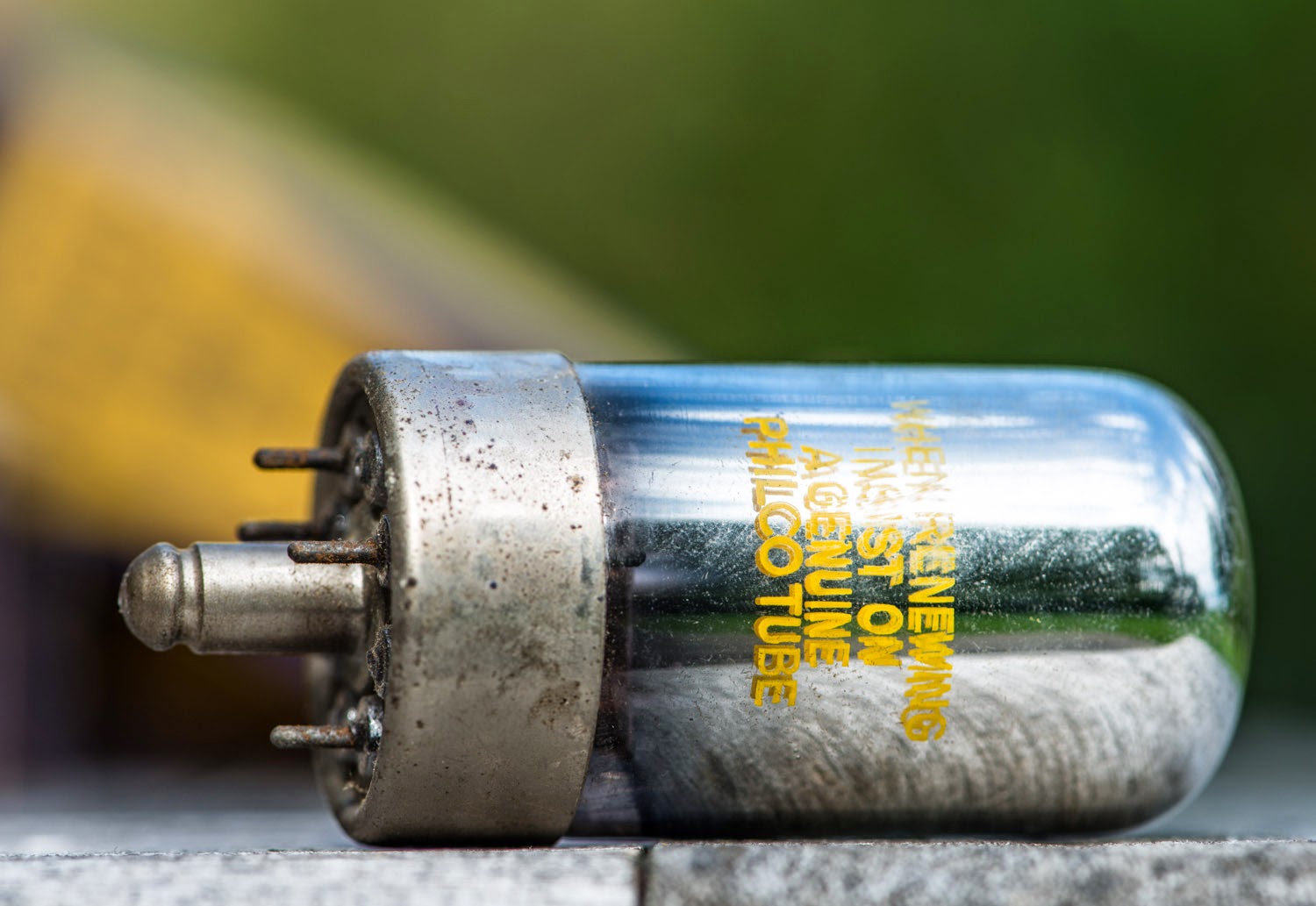 Some close up shots: 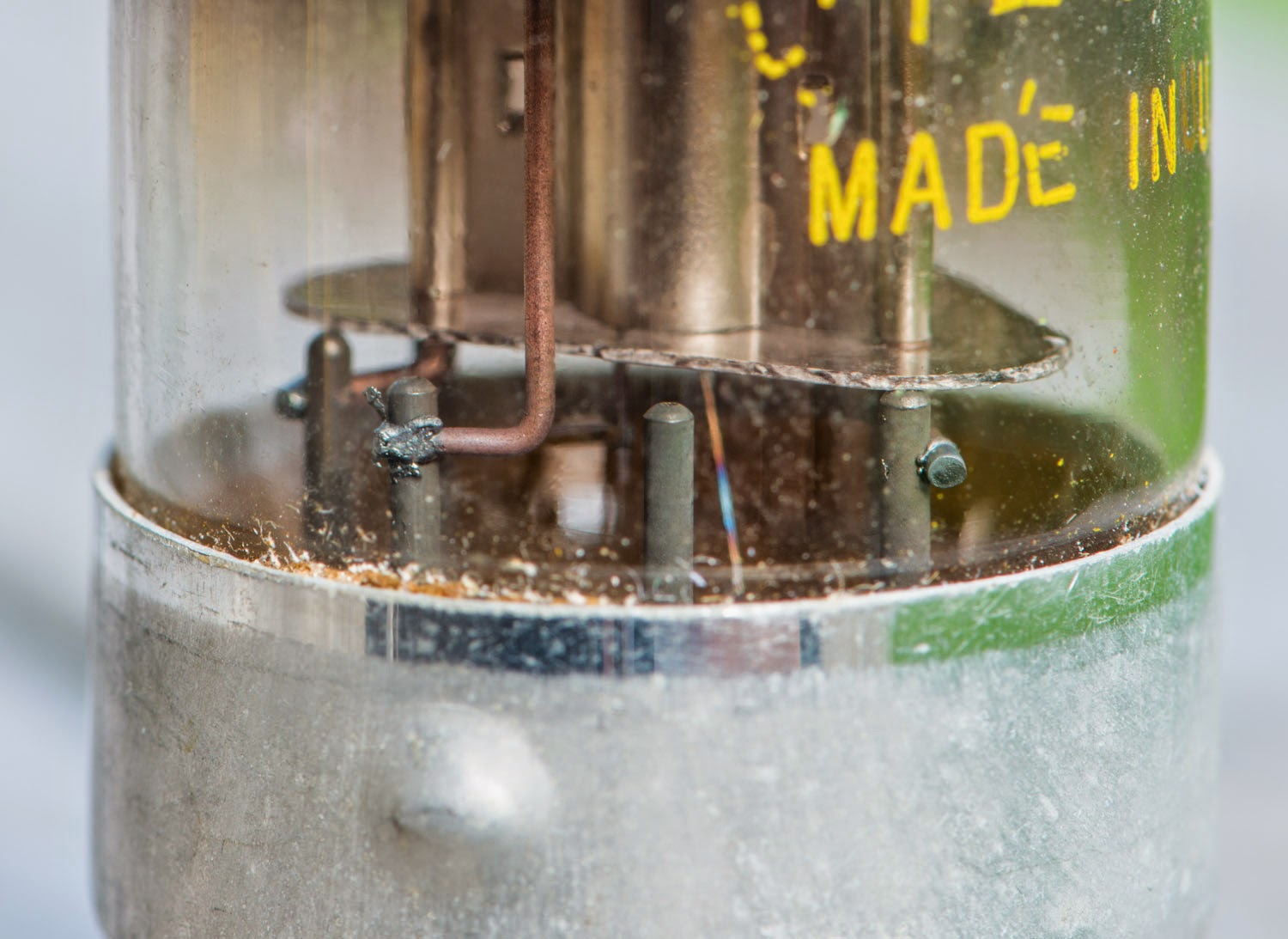 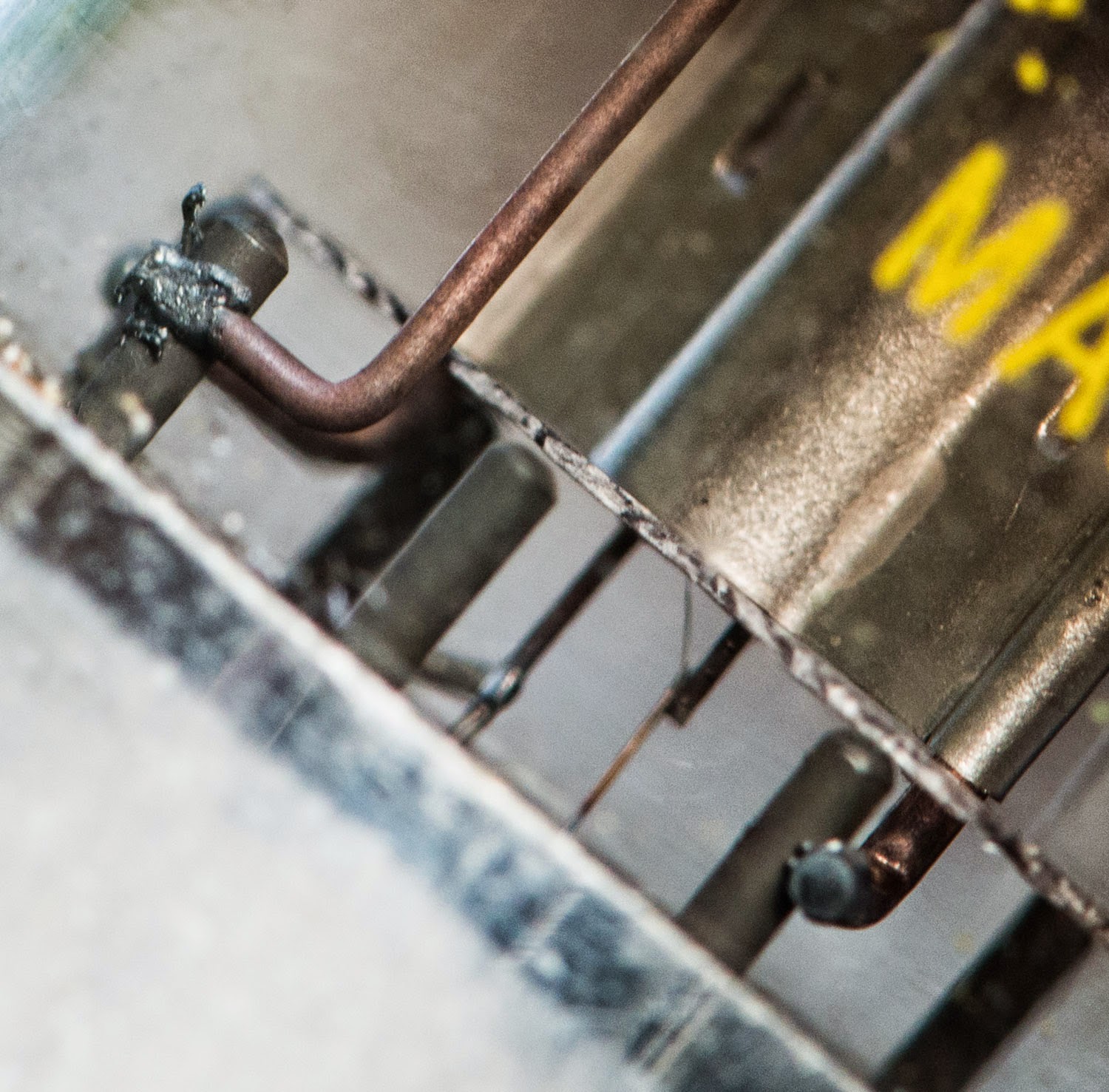 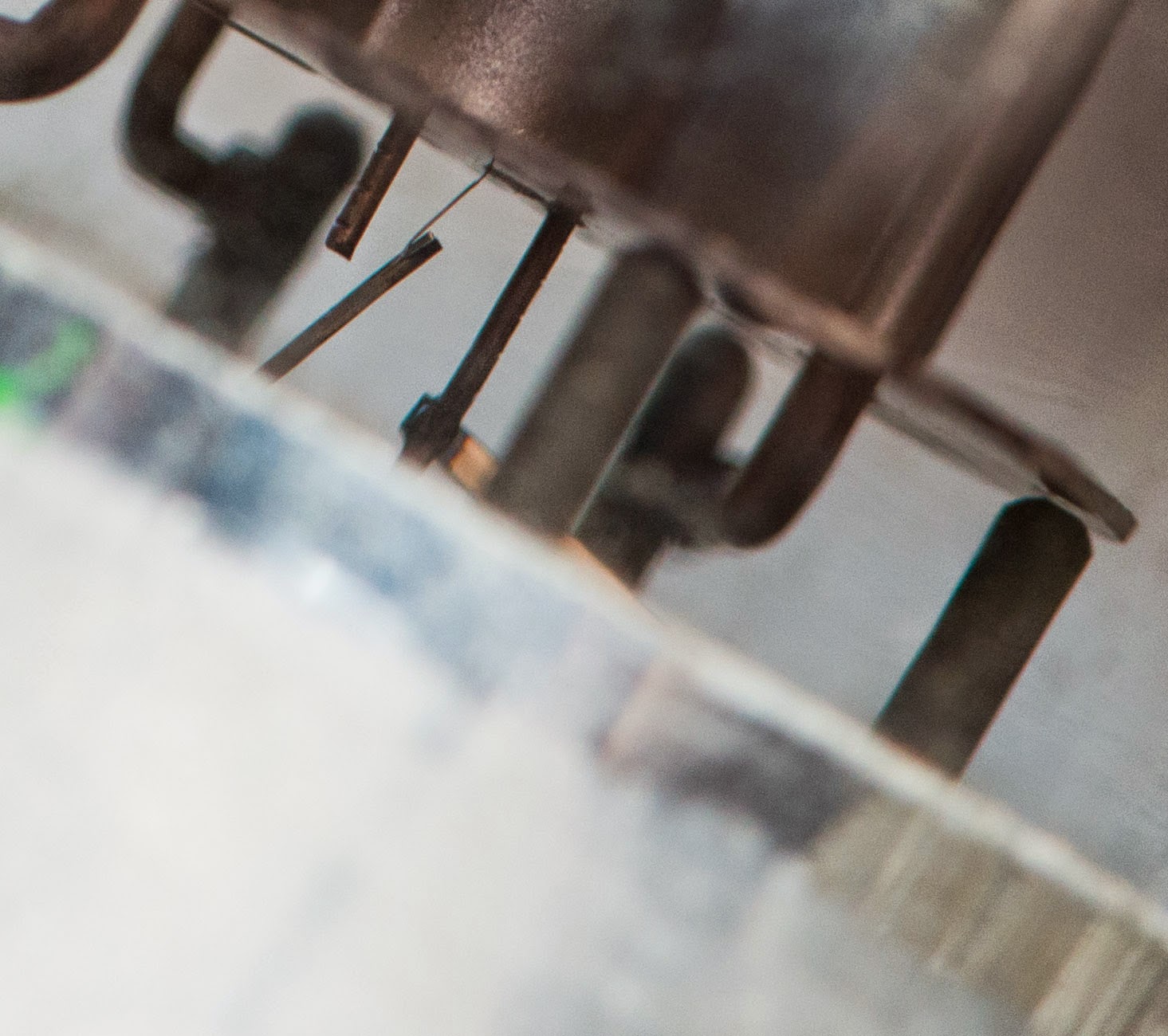 I have not used this tube yet in an audio circuit, but find it very interesting. So many tubes and so little time... 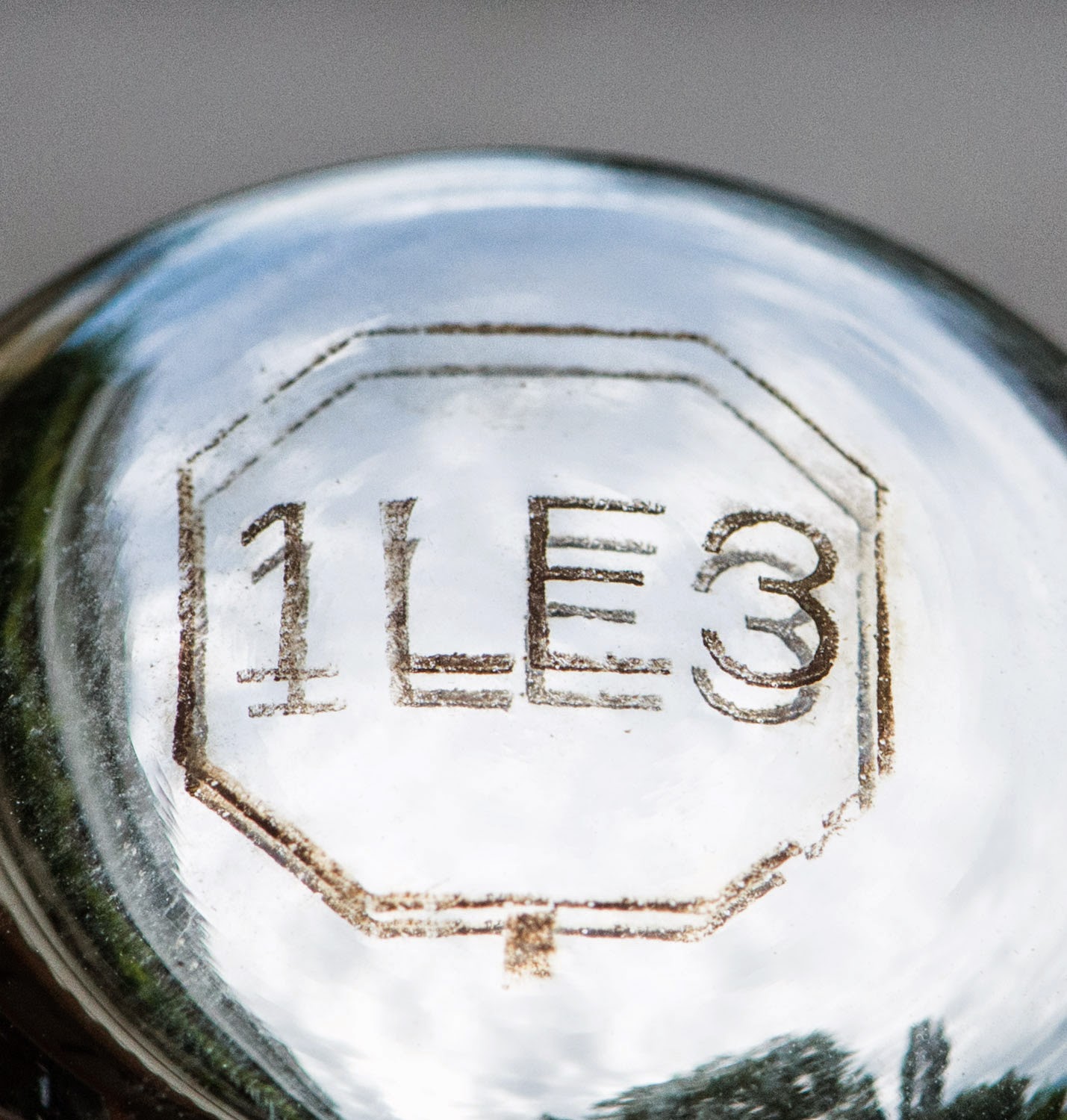 Thomas
Posted by VinylSavor at 12:58

Email ThisBlogThis!Share to TwitterShare to FacebookShare to Pinterest
Labels: 1LE3, Tube of the month