In the previous post about this differential line stage I showed some of the initial chassis construction. In the meantime the preamplifier is finished and the concept is proven. 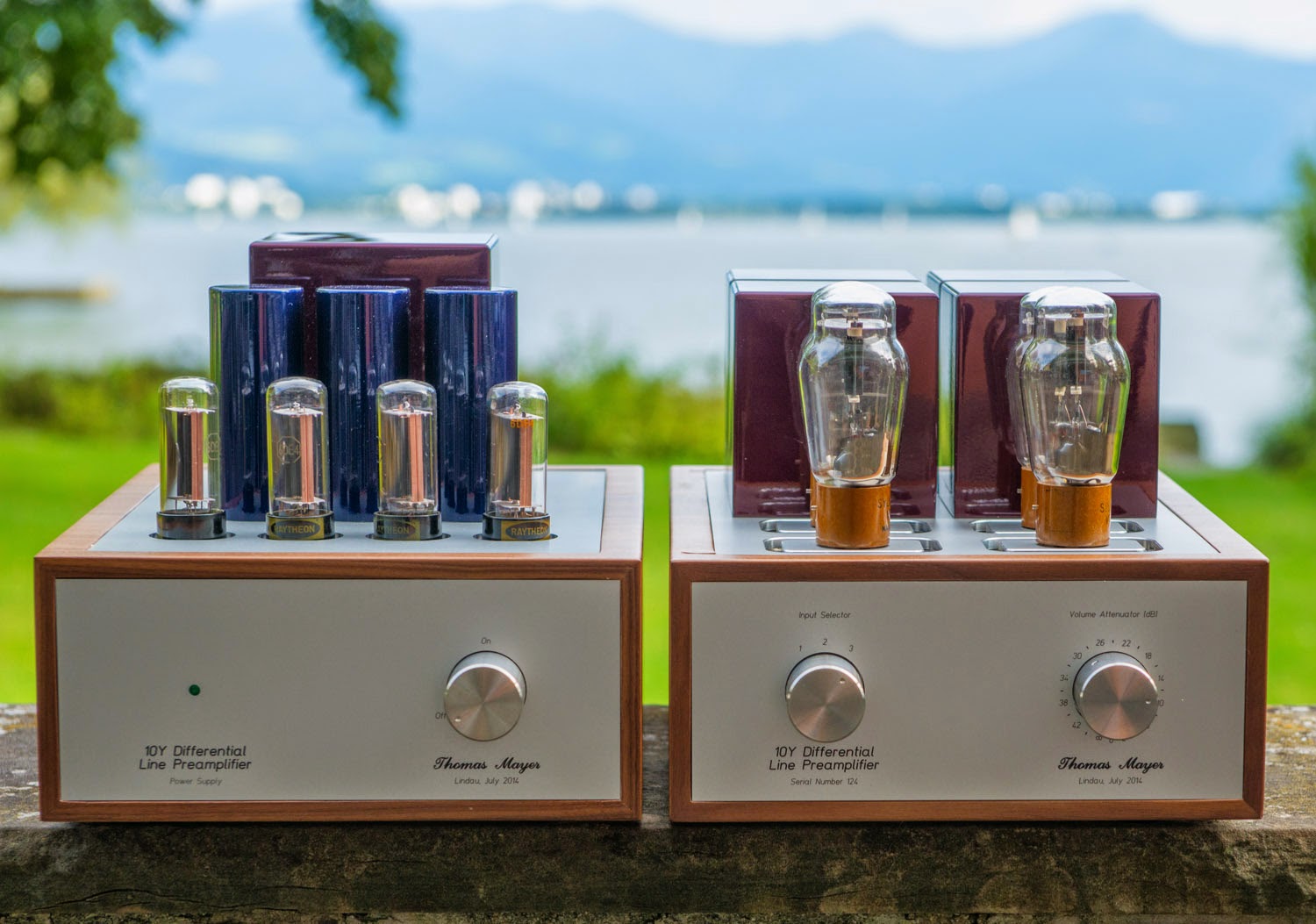 After the subassemblies with the tube sockets had been mounted, part of the many chokes used in the circuit got attached on the top side. 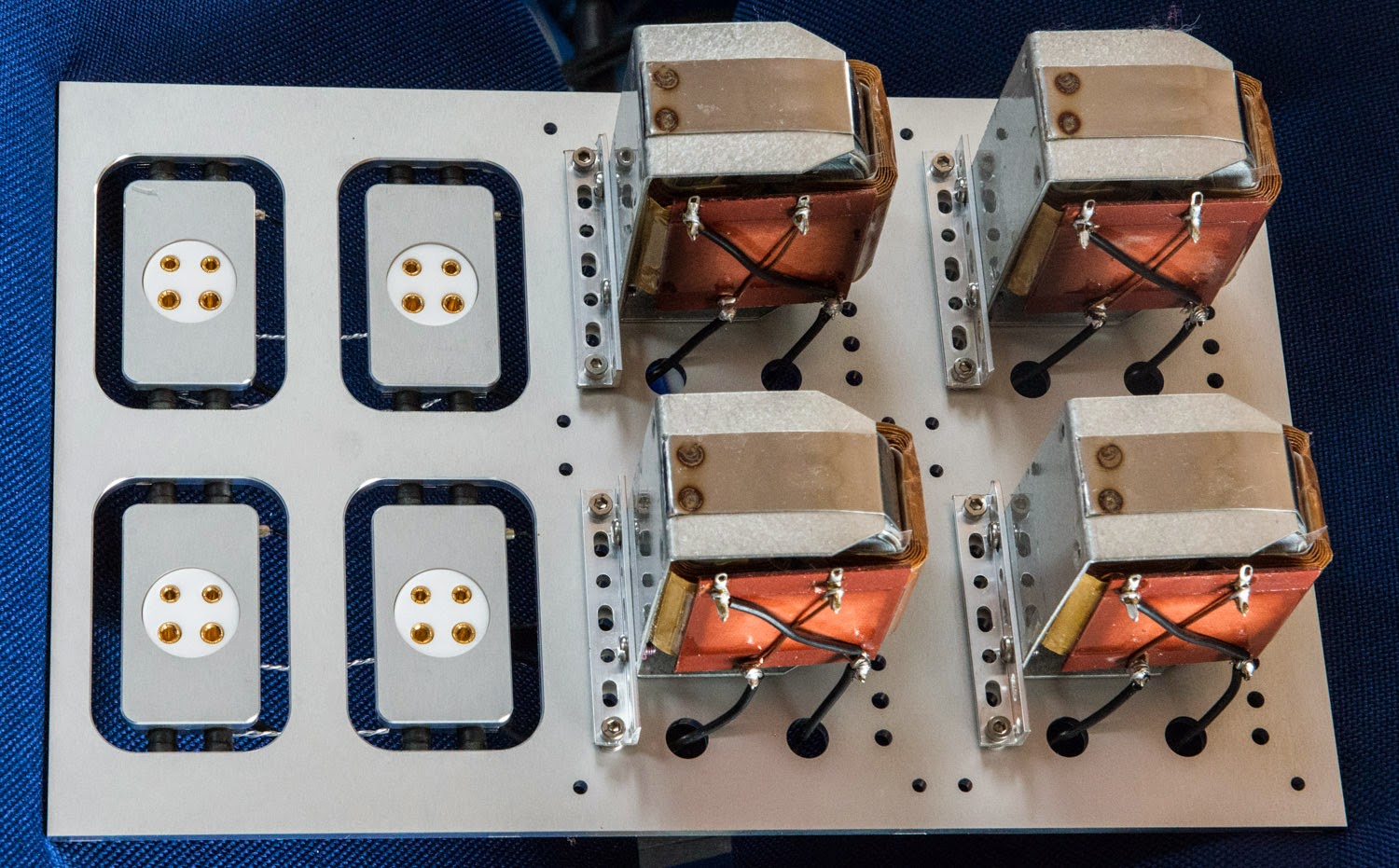 These will later be hidden under some beautiful metallic bordeaux red covers. The bottom side of the plate with some wiring: 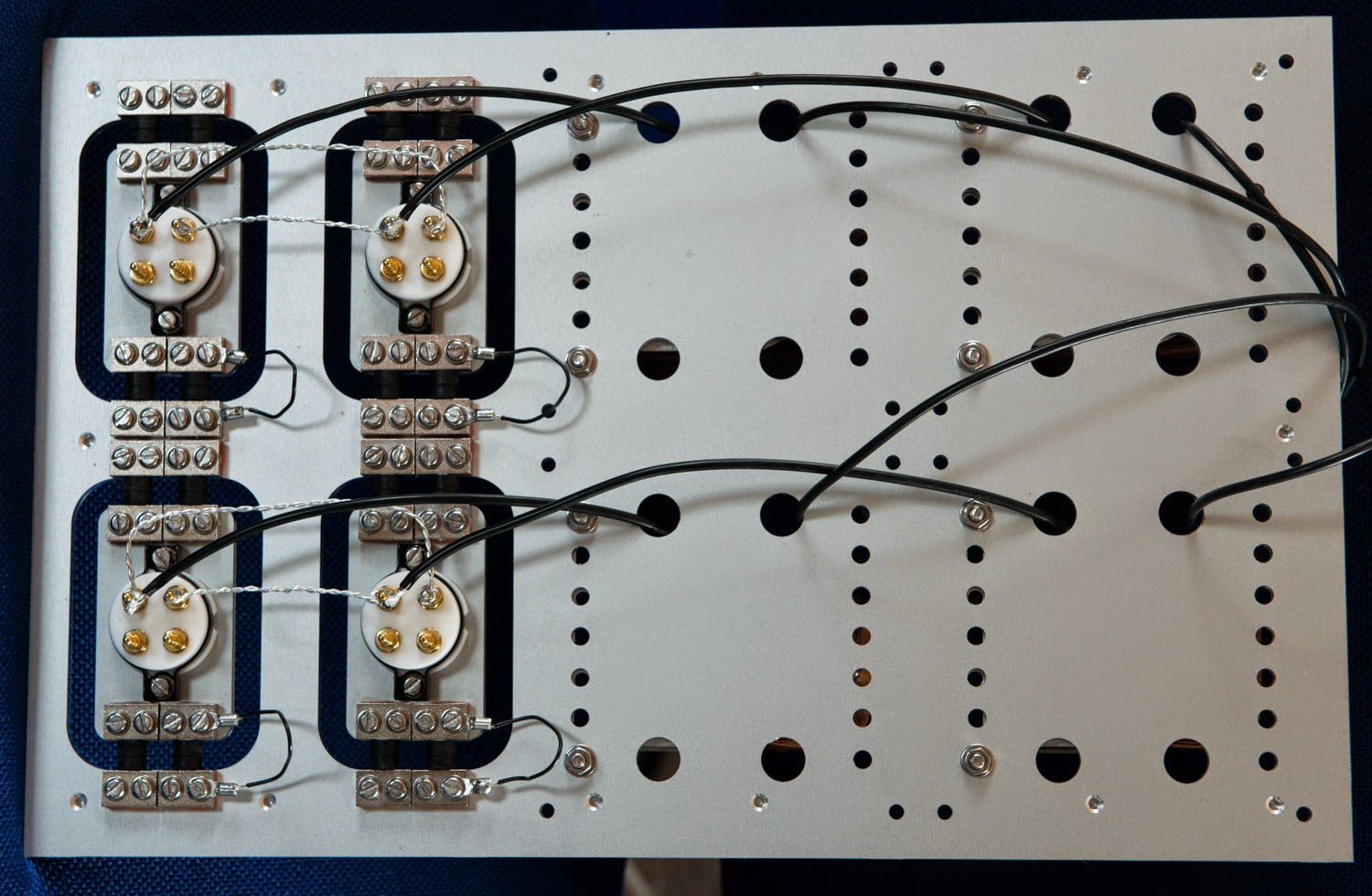 The main part of the circuit is in the inside of the chassis: 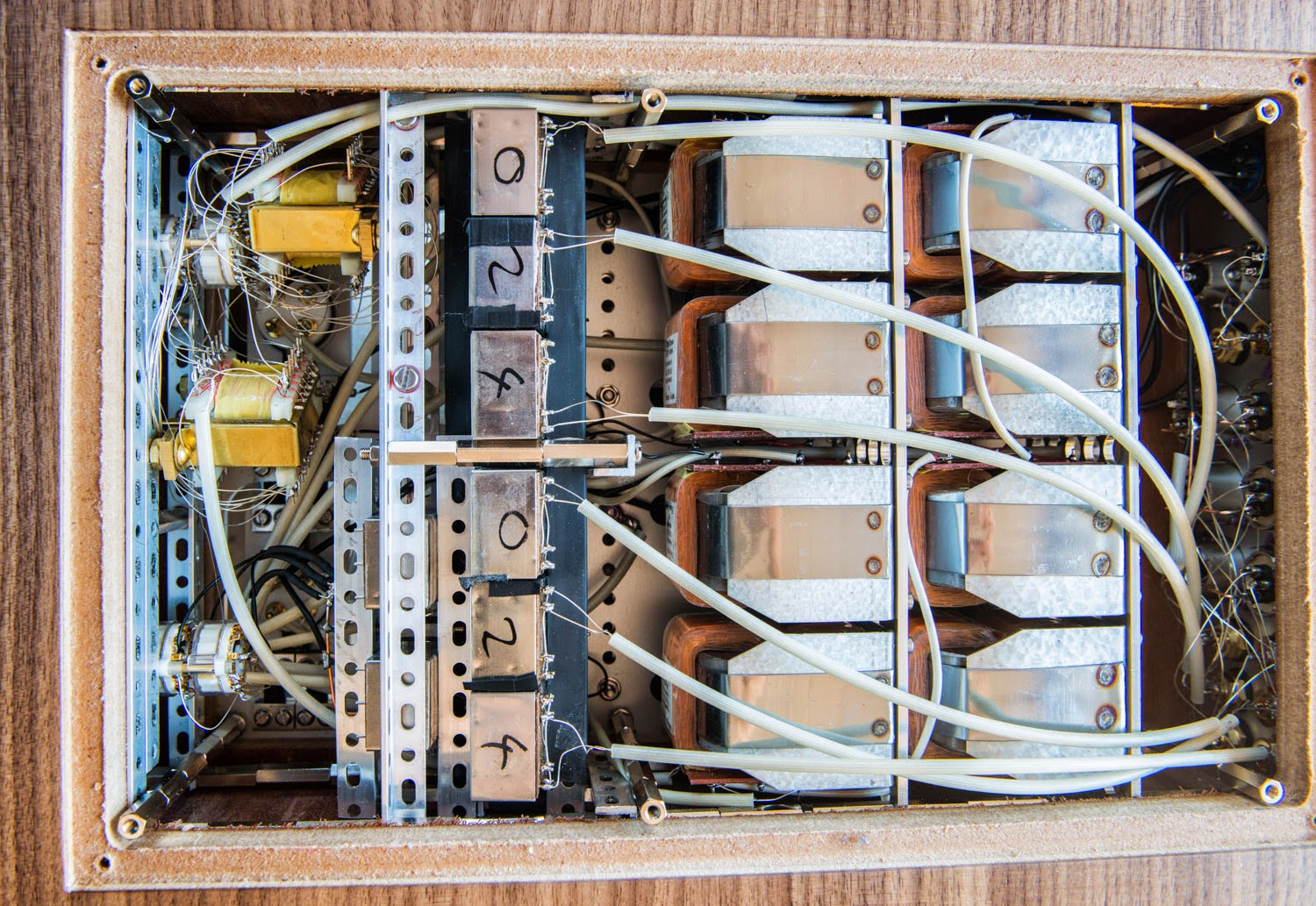 As can be seen in the photo no capacitor whatsoever in the signal section. A truly capacitor less signal path! 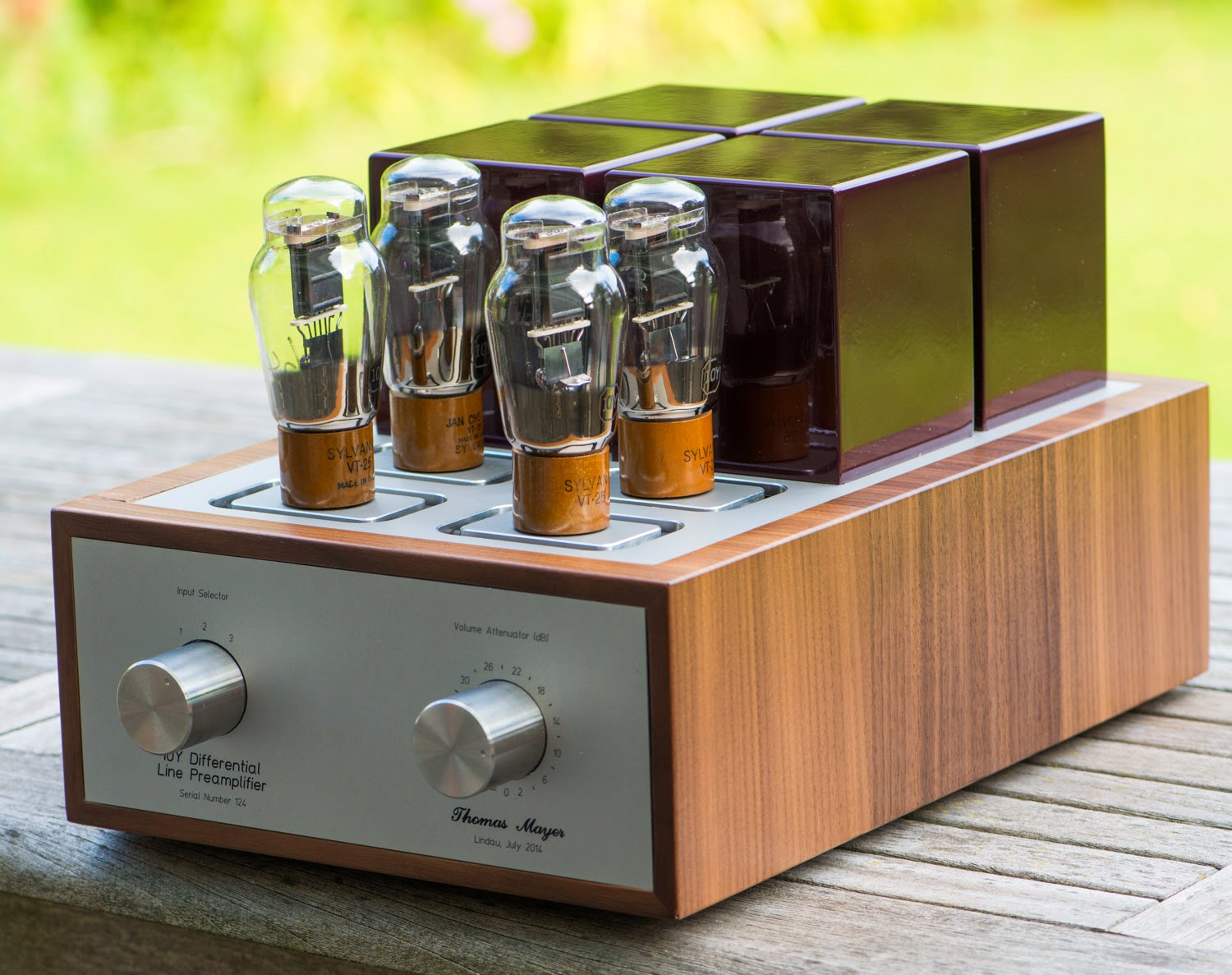 Here with it's external power supply: 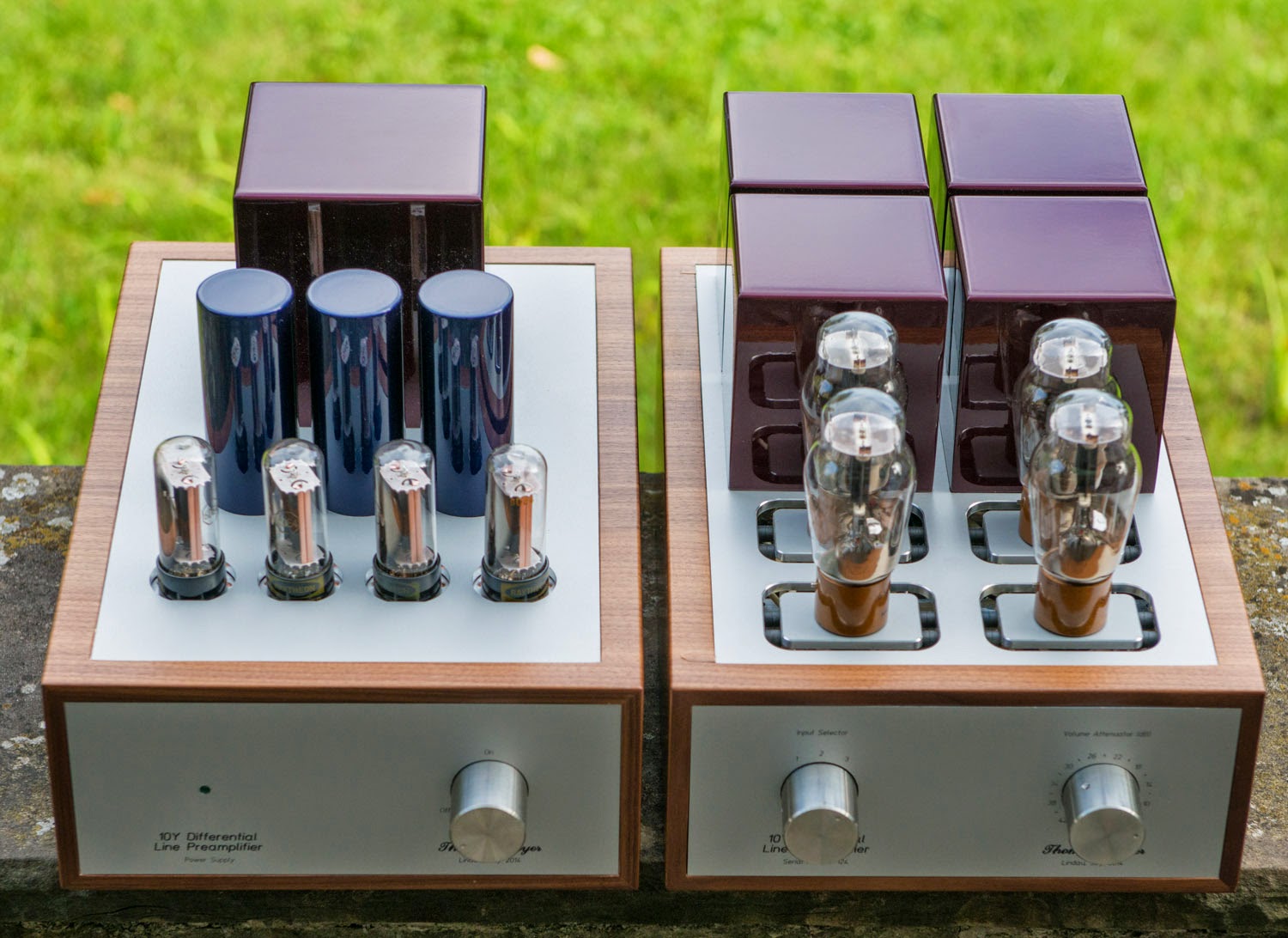 The power supply is basically the same as that of the single ended version, just adapted for the increased current.

The backside shows the three inputs and pair of outputs: 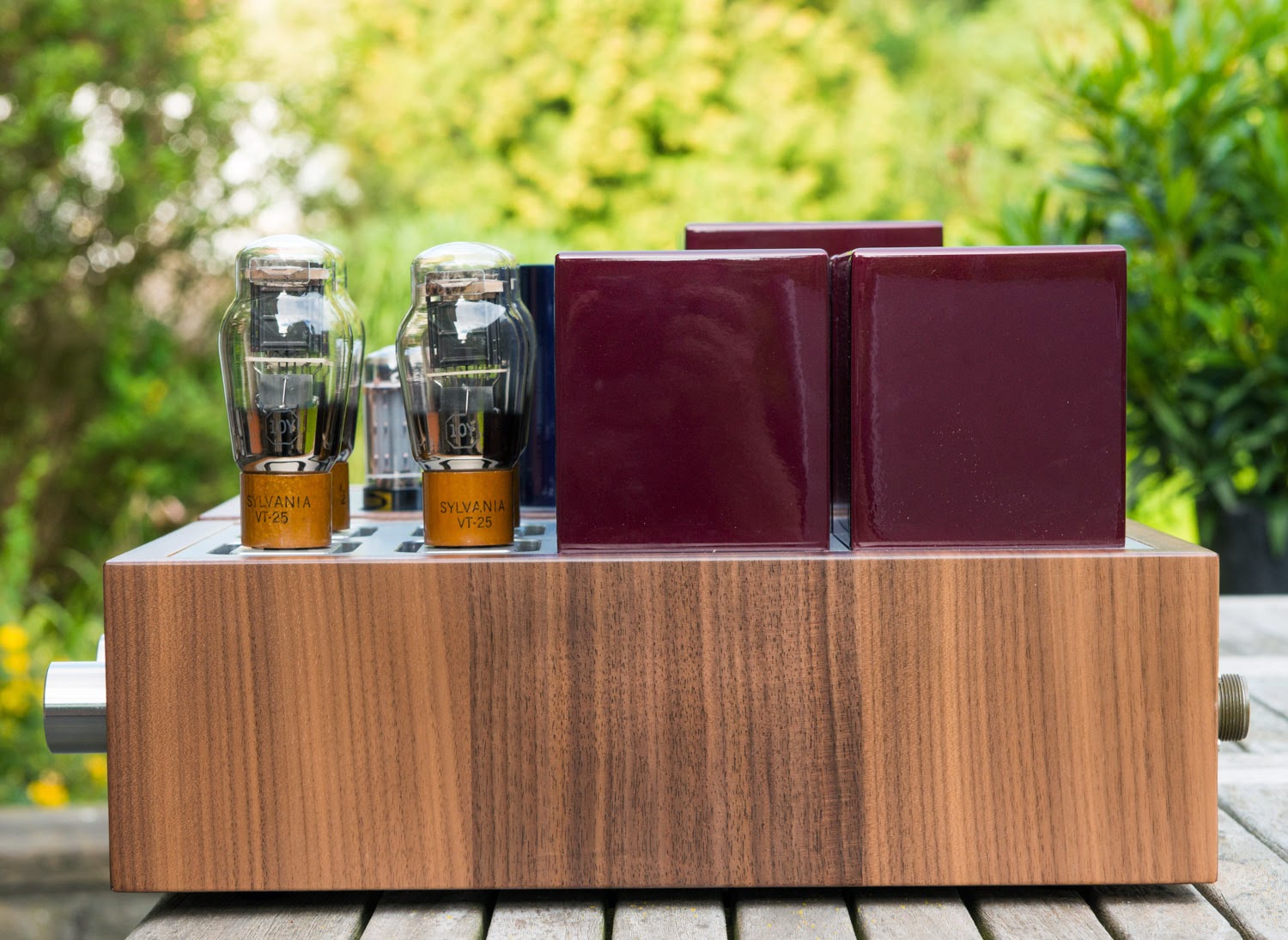 The four 10Y tubes which amplify the signal: 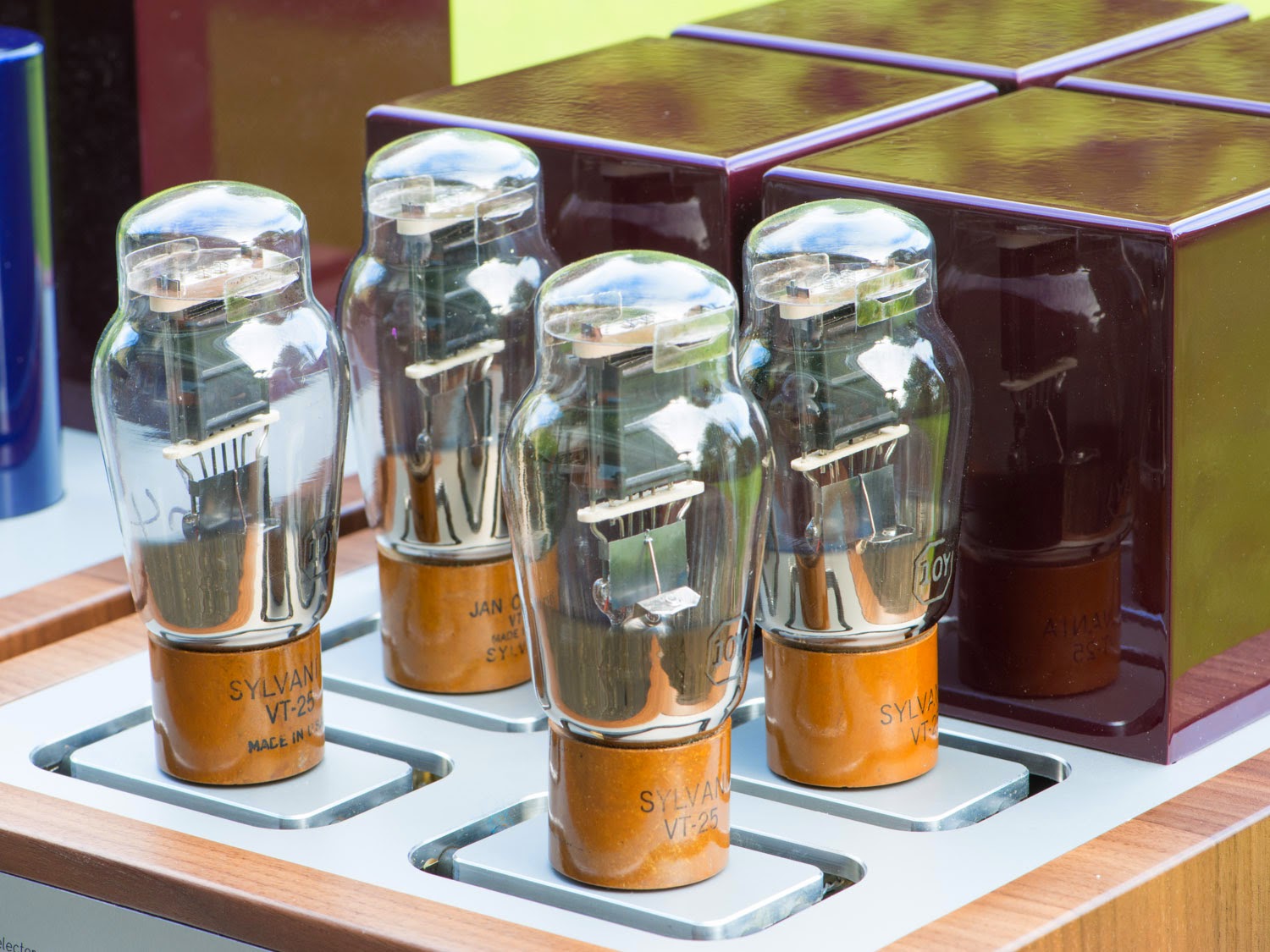 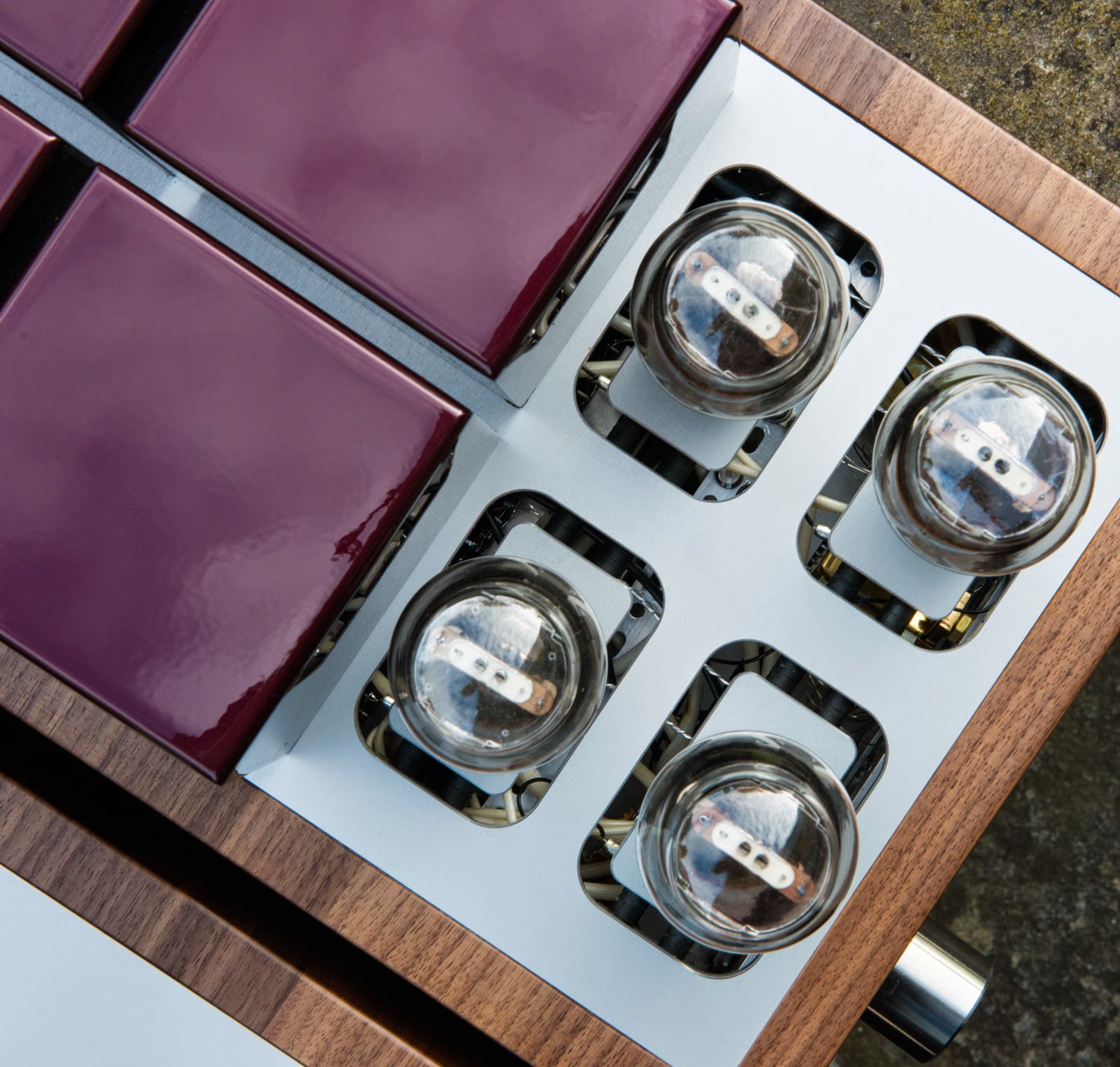 The ground configuration needed a bit of tweaking. Now the prototype is playing and is very quiet. First listening tests immediately showed the qualities of this concept. Eliminating the last capacitor from the signal path is certainly worth the effort. While the single ended 10Y line stage is a brilliant performer with gobs of resolution and tone, the differential line stage adds even more naturalness and body. 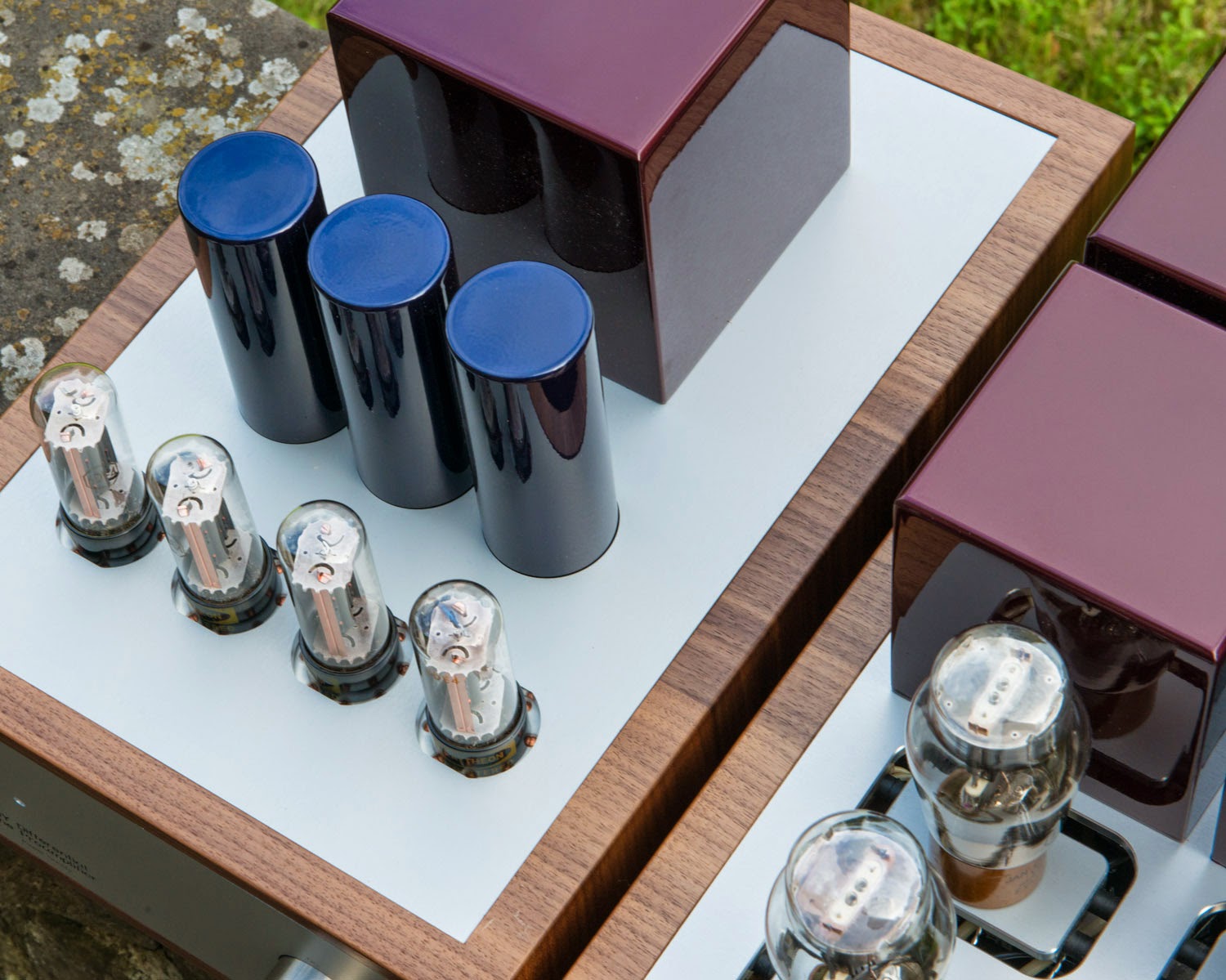 Thomas
Posted by VinylSavor at 19:15