The Eruopean Triodefestival 2014 is coming to it's end. Systems are dismantled and loaded into cars. This is my last report of the event. As I already announced in a post in October, my friend Frank and myself did a demo of 78 rpm Shellac records. 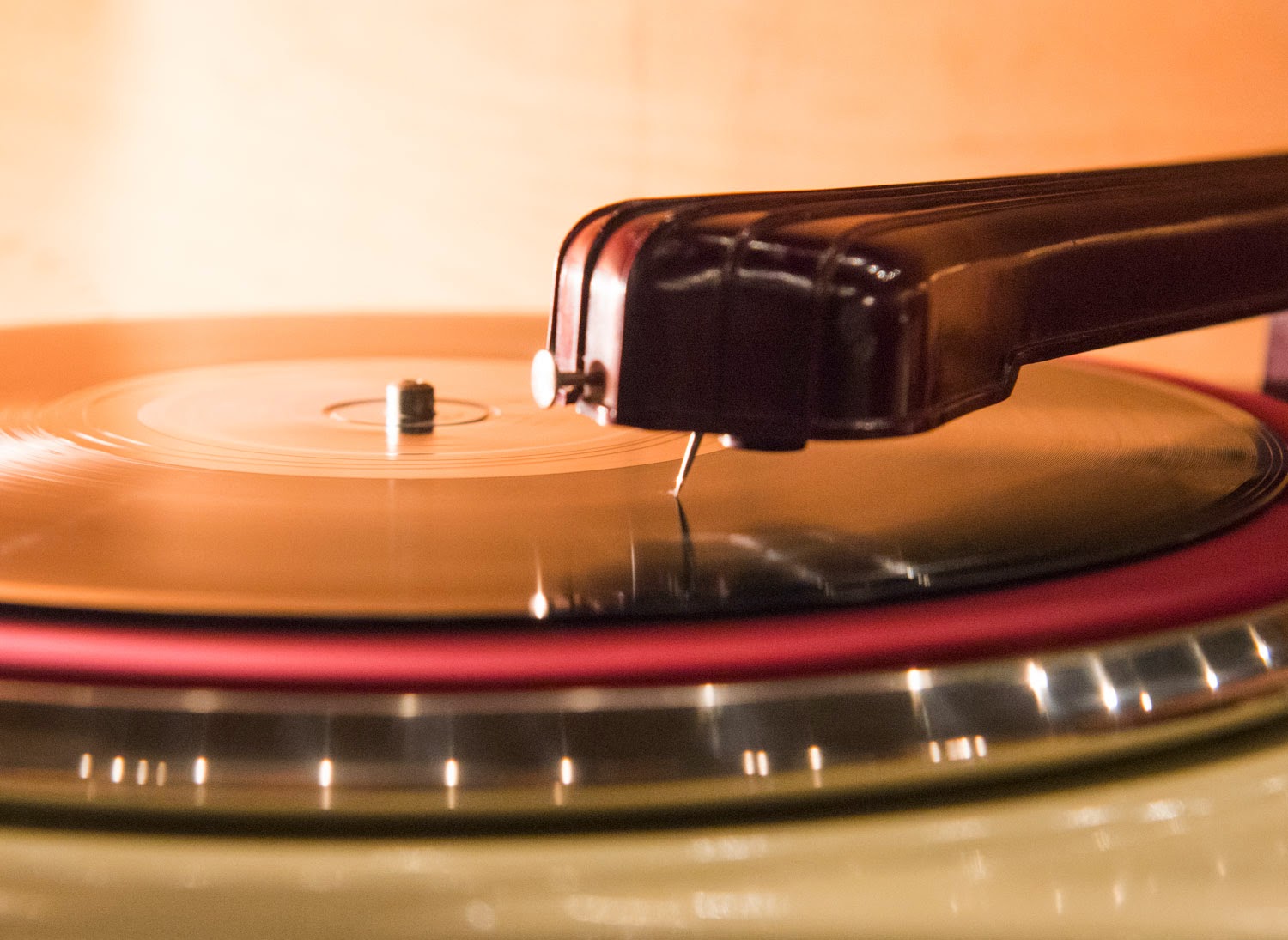 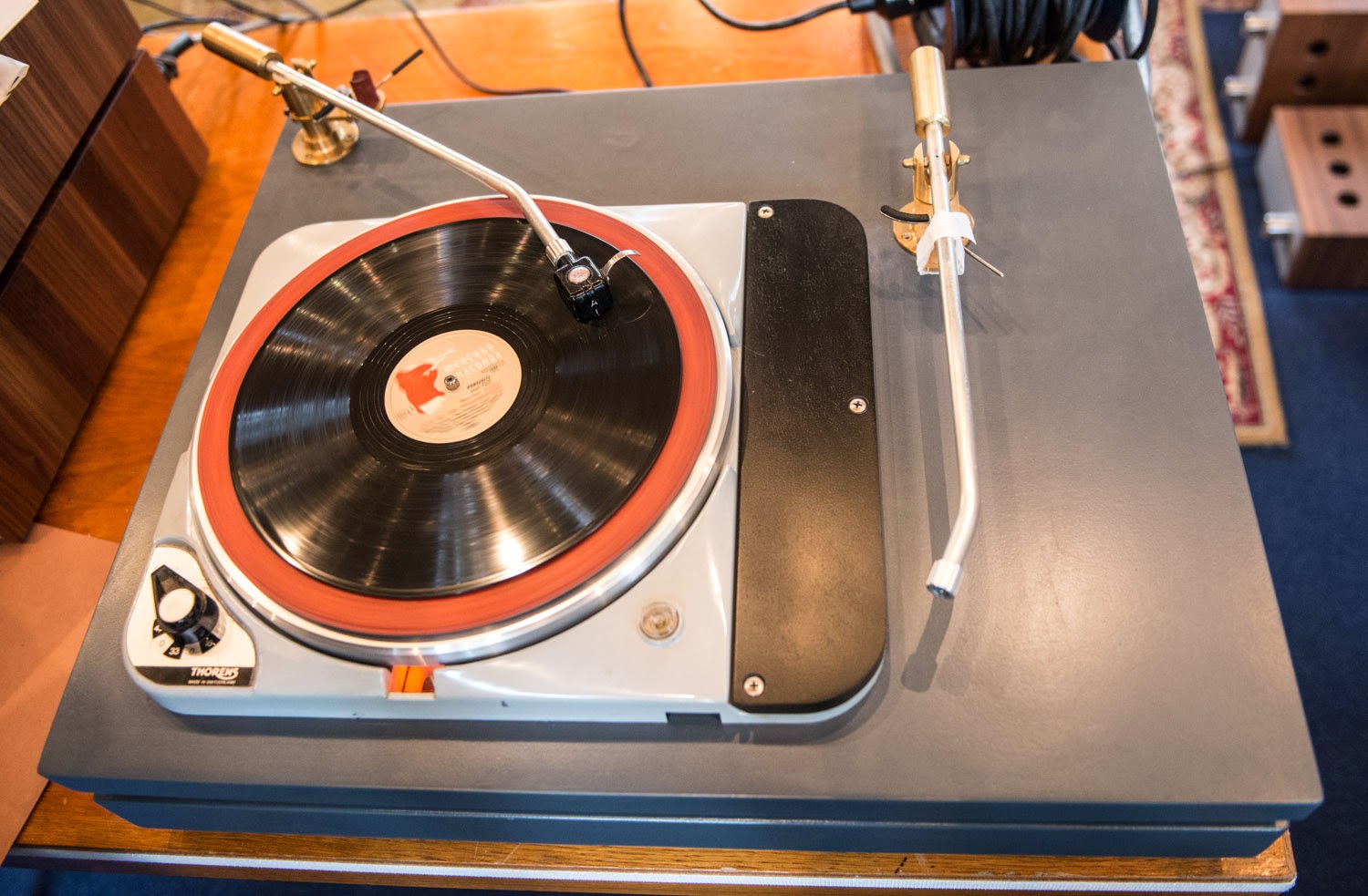 One of the arms is equipped with a vintage Ortofon mono cartridge with 65um needle for Shellacs: 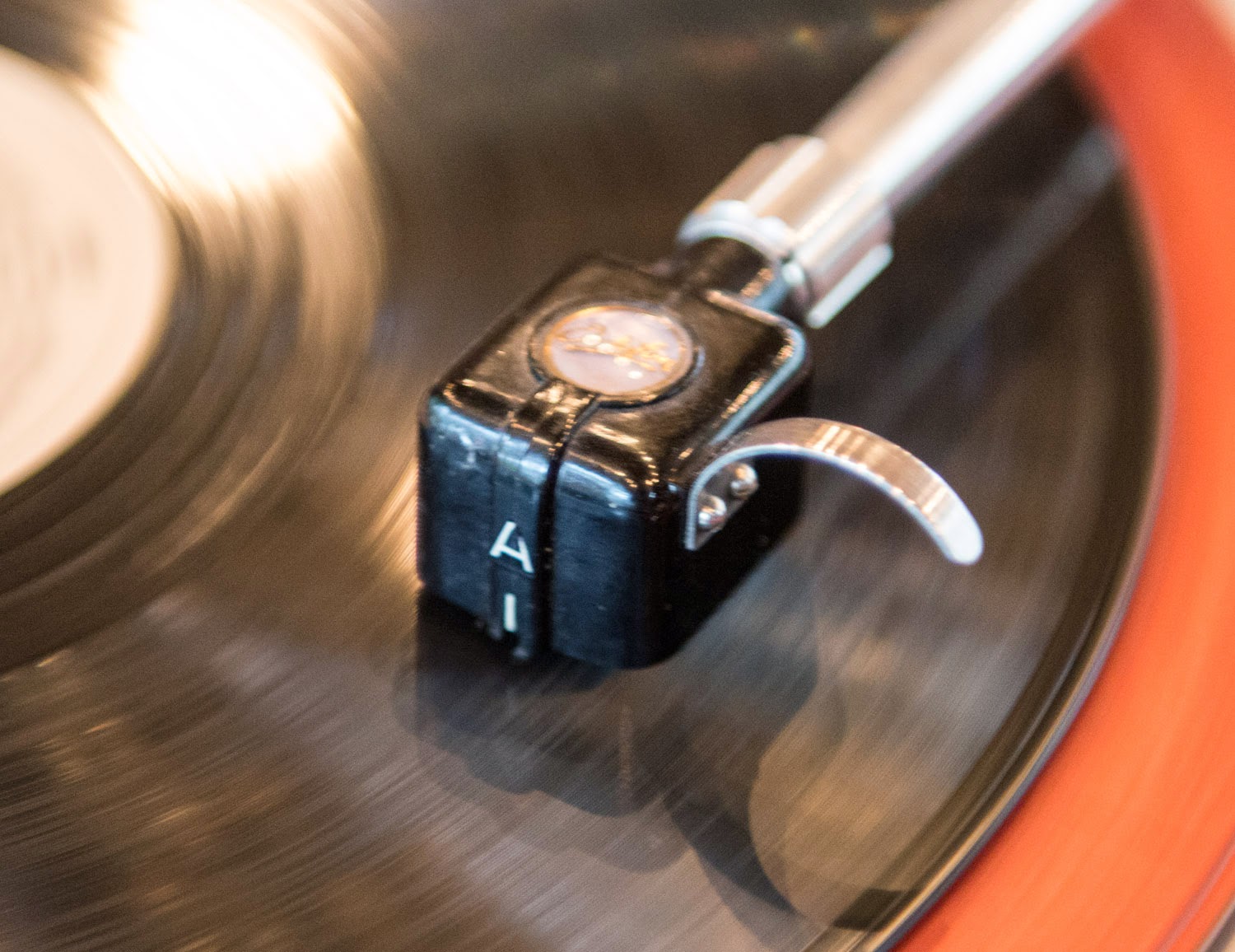 This was connected to a variable EQ phono stage which I made. A 6AH4 preamp served as line stage. 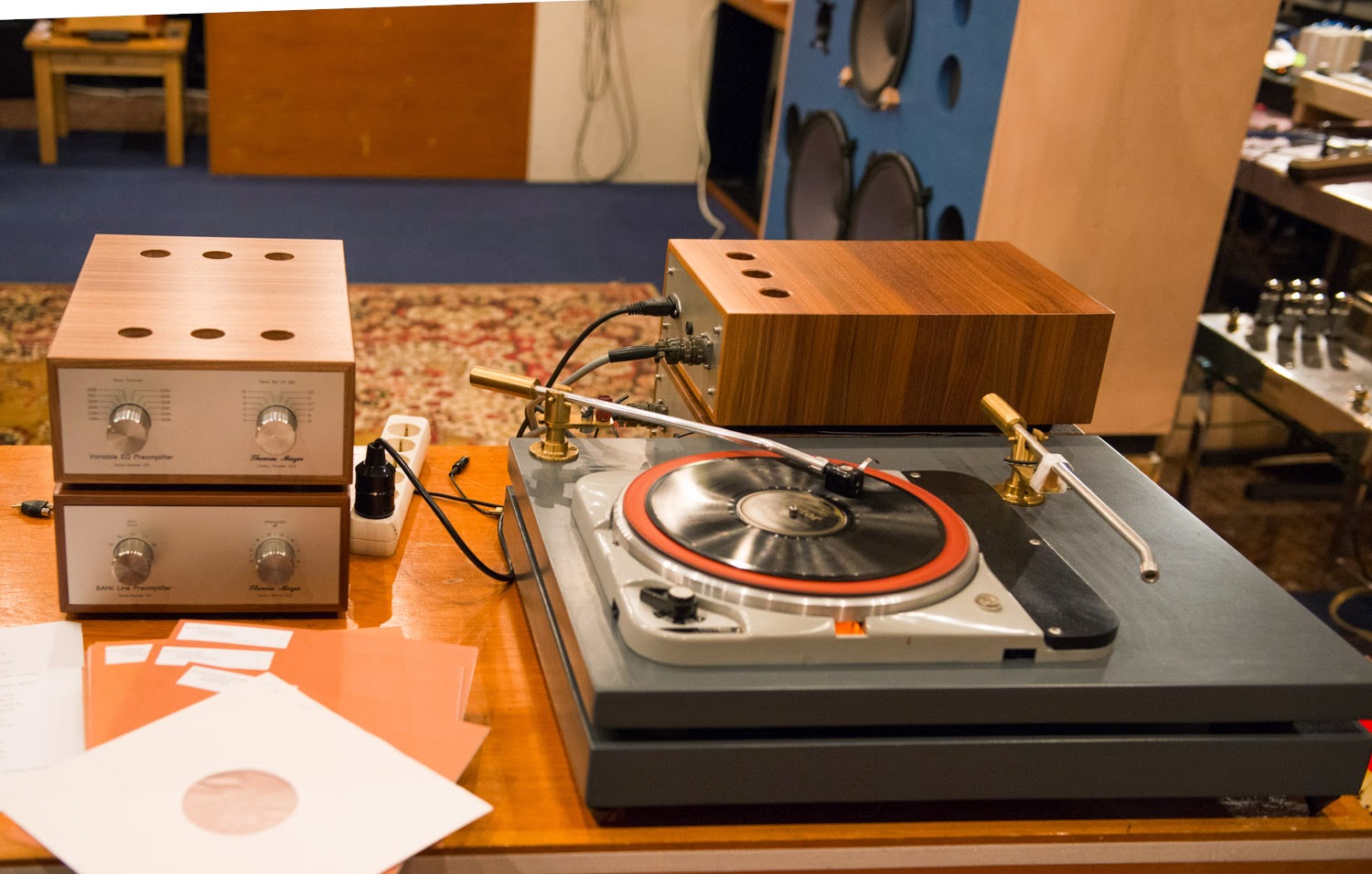 Hoger and Oliver set up one of the JBL 4355 with an amp for us to complete the set up: 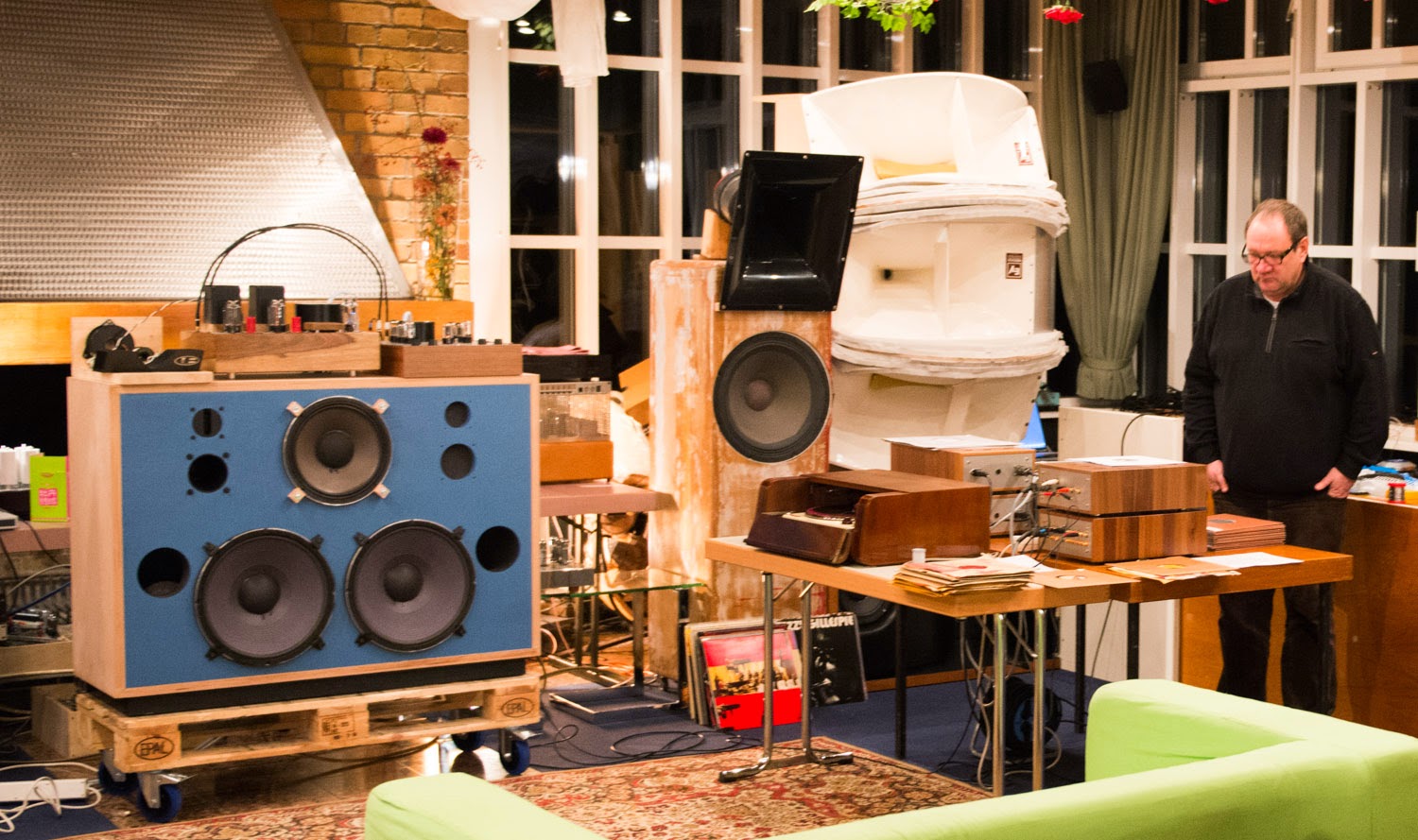 Frank did the demo with a beautiful selection of Jazz records ranging from as early as 1917 and spanning 30 years to 1947. Here he is seen during an initial test of the set up before the demo started: 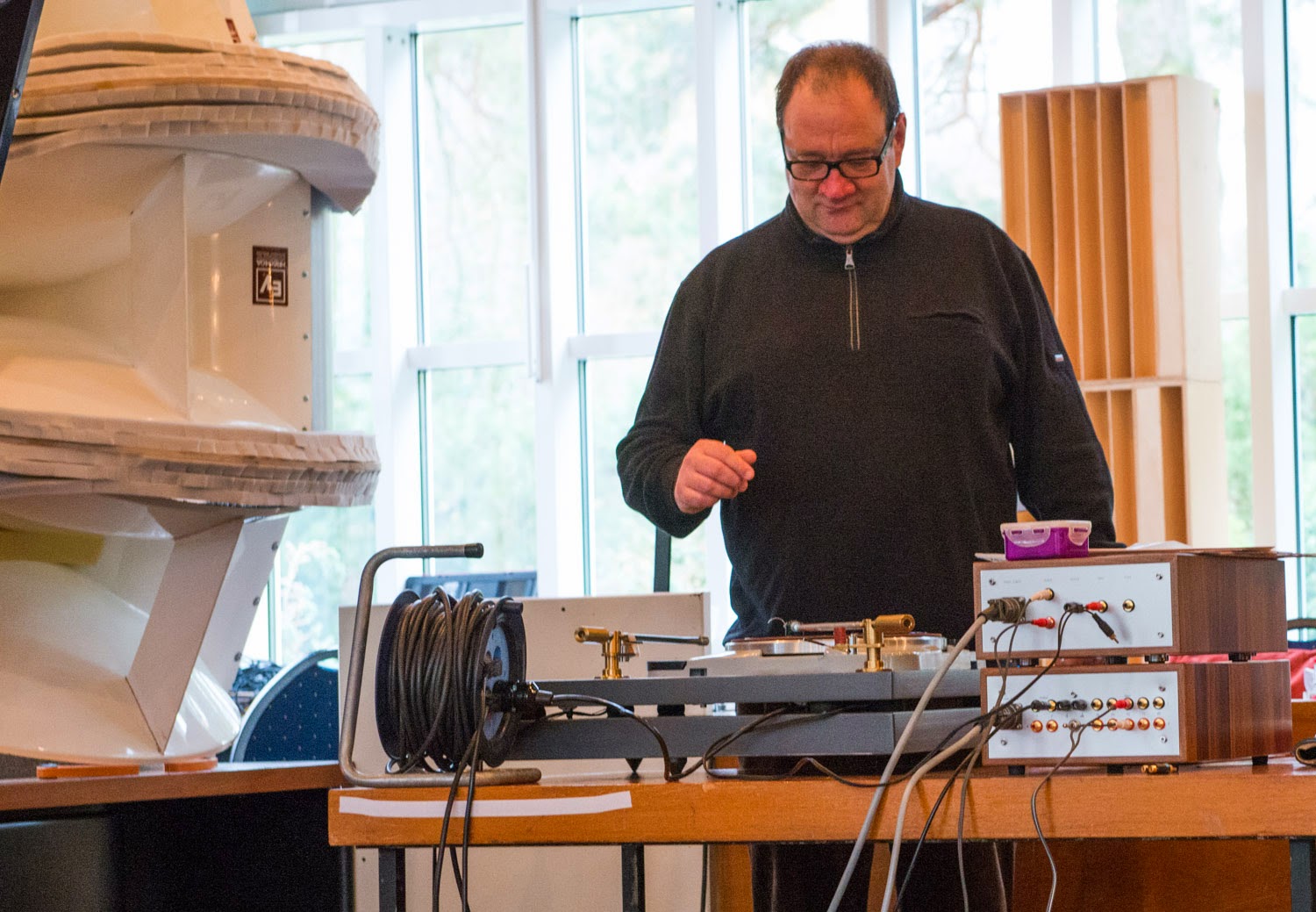 Frank shared his amazing knowledge about Jazz and had many interesting stories and facts to tell. And he had lots of fun himself:


A highlight was the Polydor electric gramophone which he brought as well: 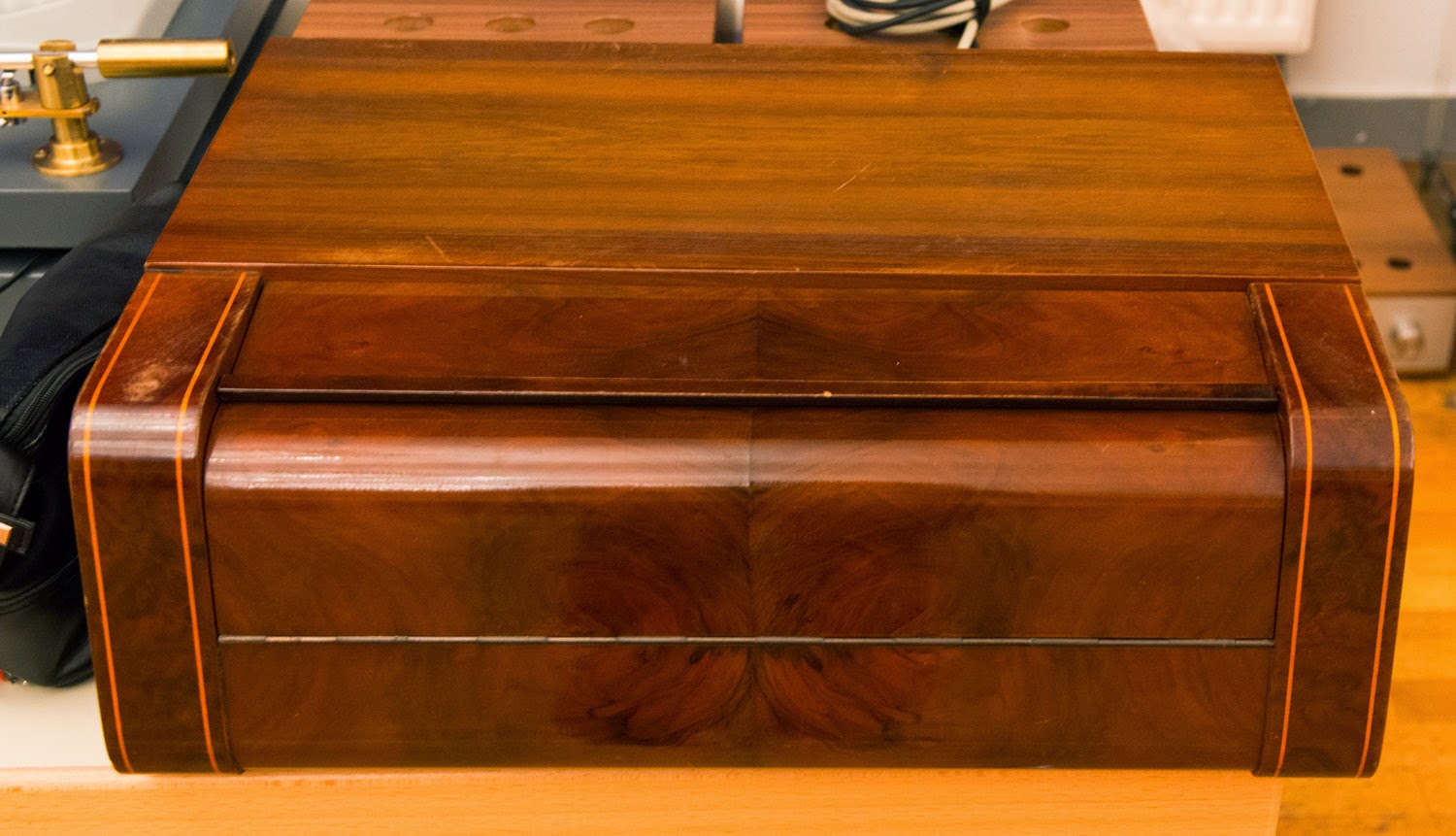 A beautifully made piece of furniture. When you open the lid it gets even better: 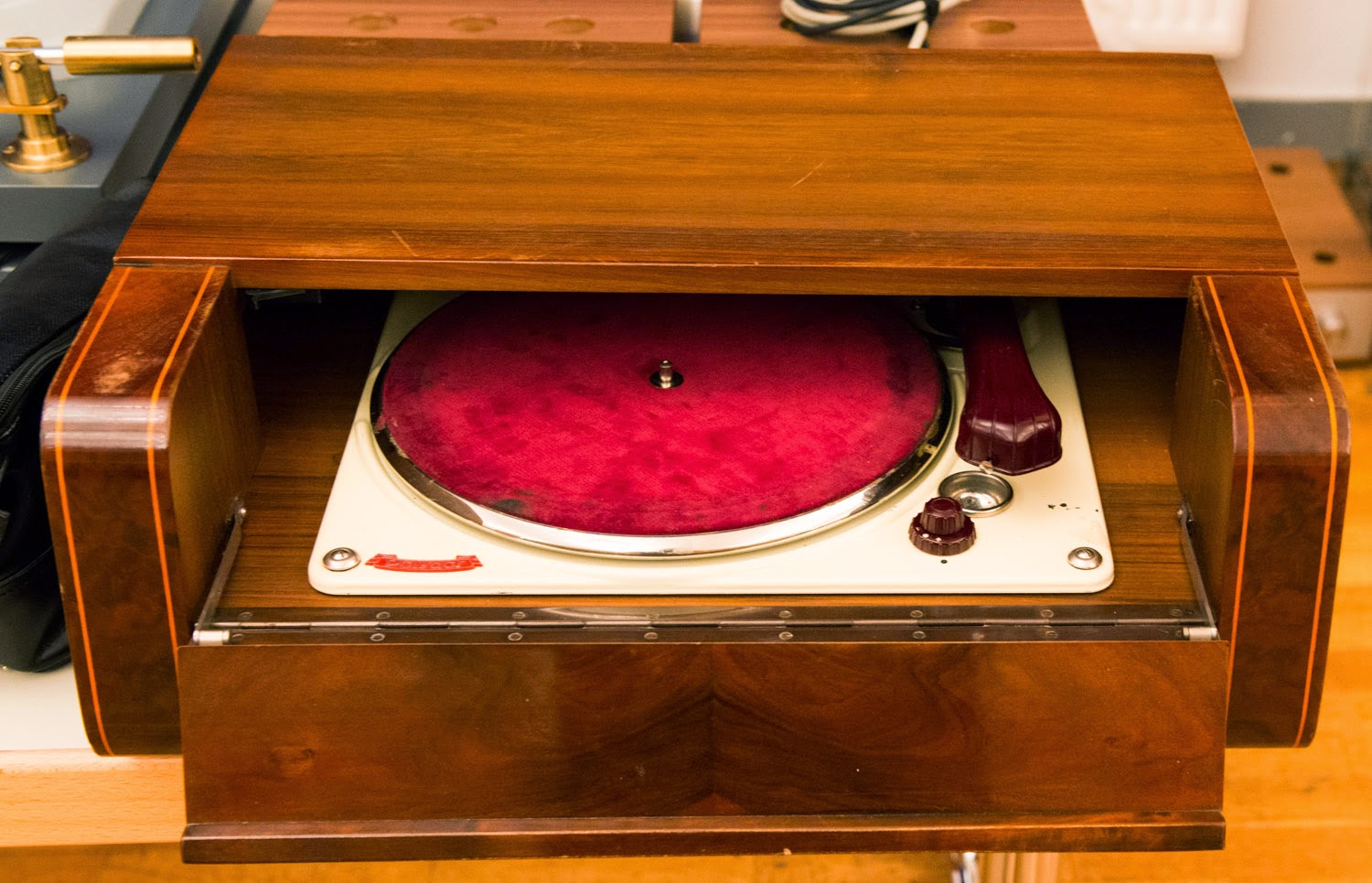 The tonearm is nick named the bear paw, because of it's shape. 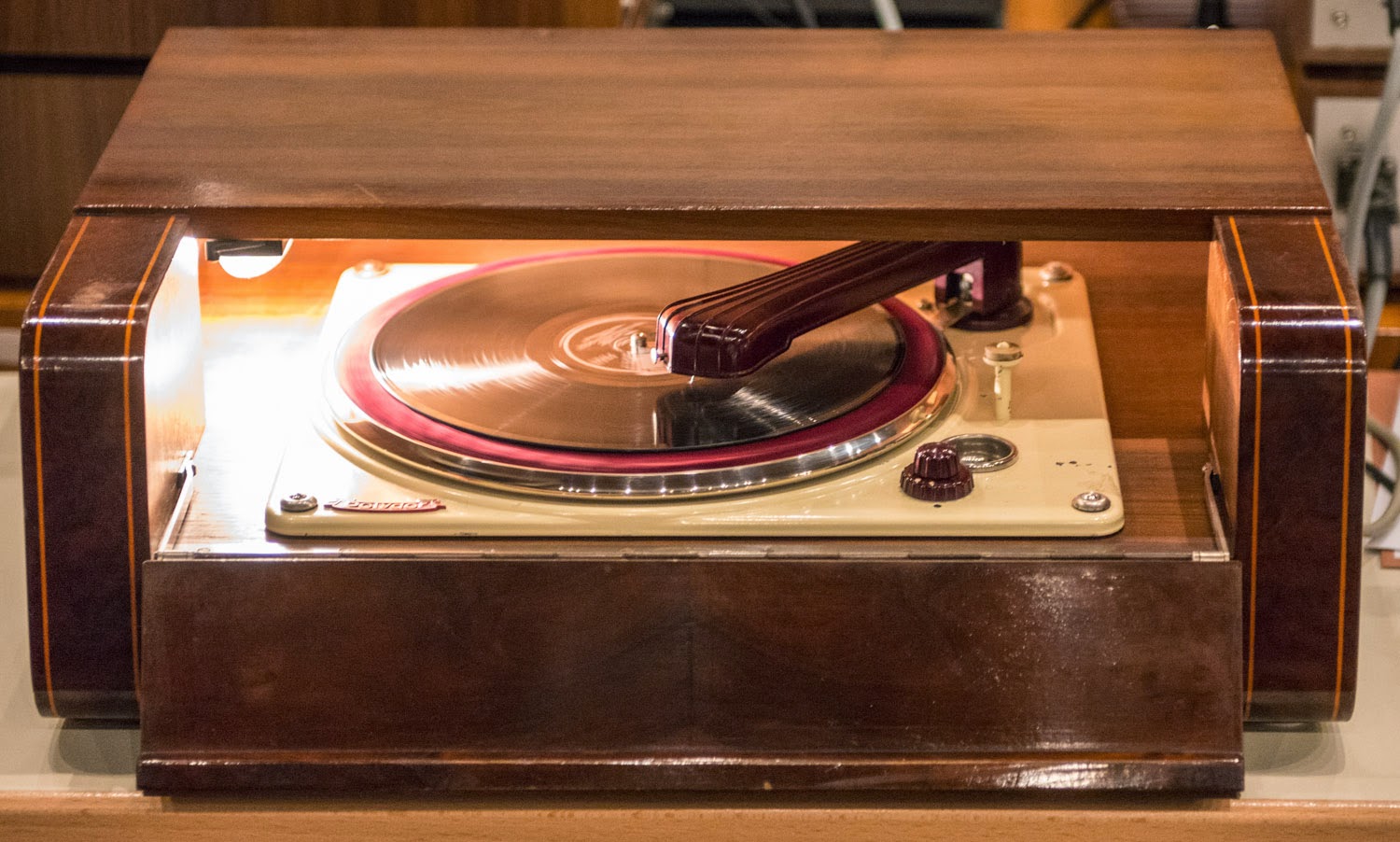 The tonearm is equipped with a steel needle. 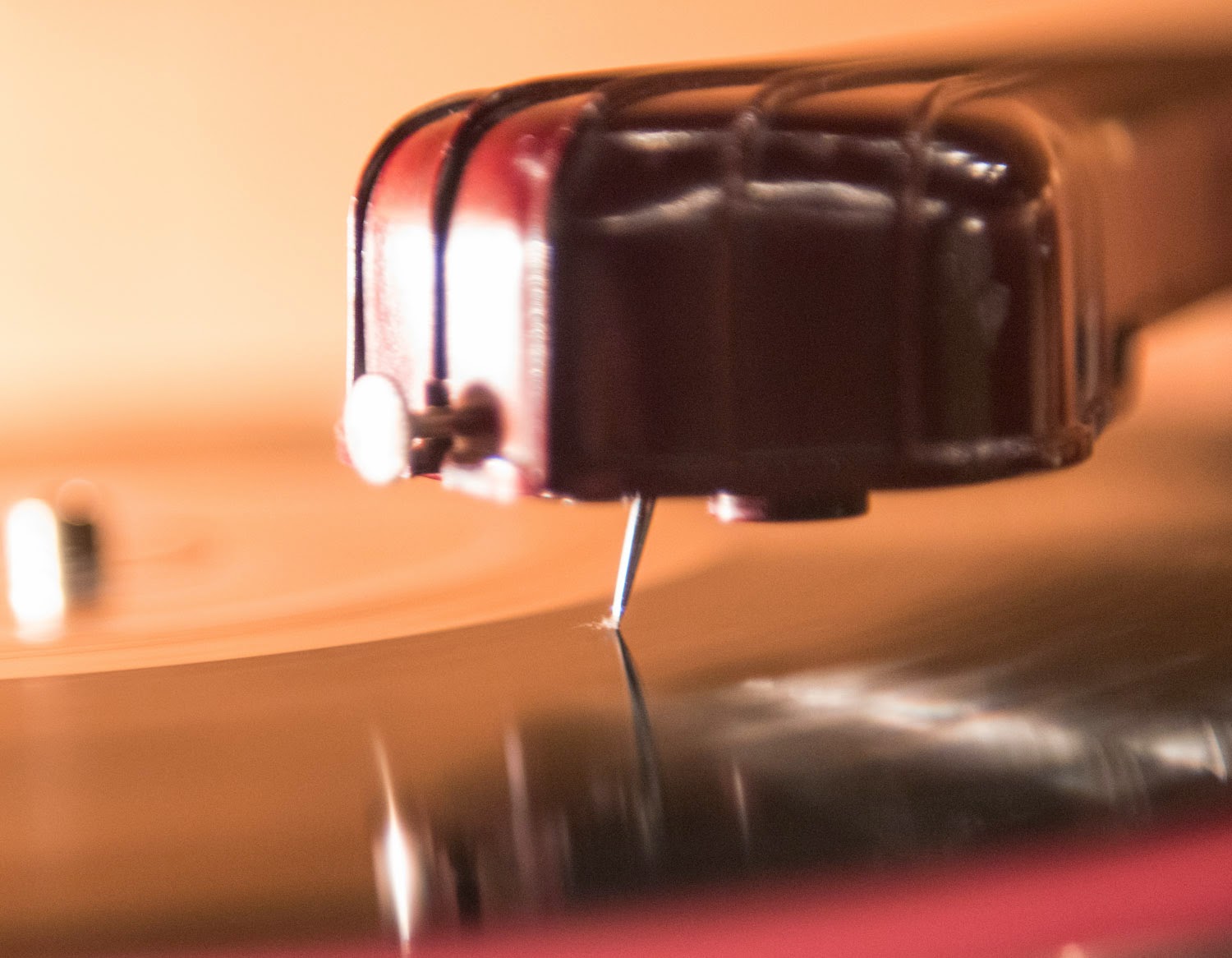 The needle lasts exactly for one record. That's why these needles were sold in packs of 100 or even more. The tonearm tracks with about 70grams of force and thus plays virtually without surface noise. It has a high output level and is connected directly to the line stage. 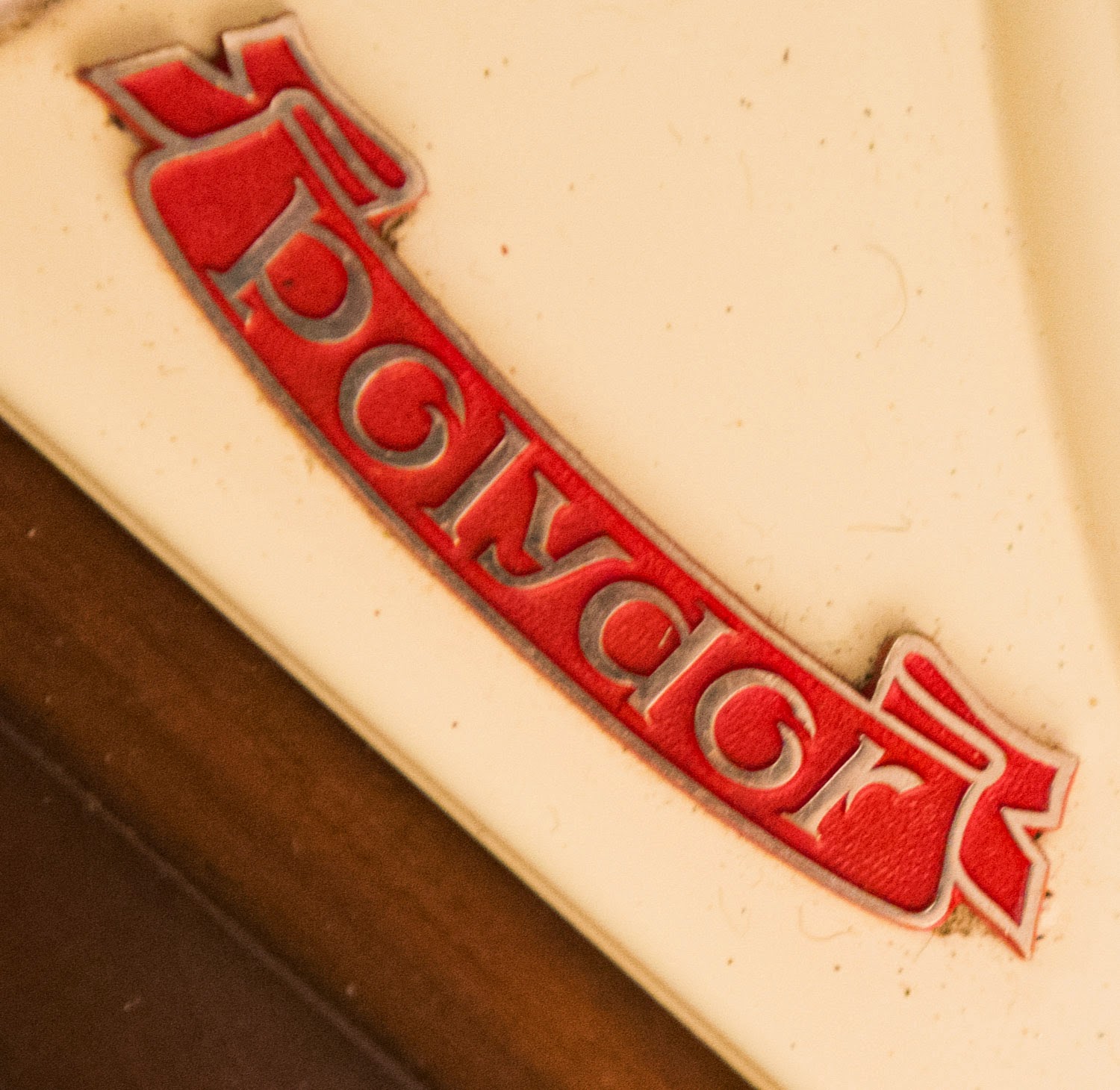 
This was a great festival with a lot of interesting stuff. I think this year there was more diversity in systems, amps, preamps and turntables than ever.

Many thanks to the Berlin team for the organisation of this great event. Next year the ETF will be hosted in Denmark, north of Copenhagen.