When I read that Boris Blank, co-founder of the Swiss band Yello, plans to release a solo album, I was excited. And of course I had to get it. It is called 'Electrified'. 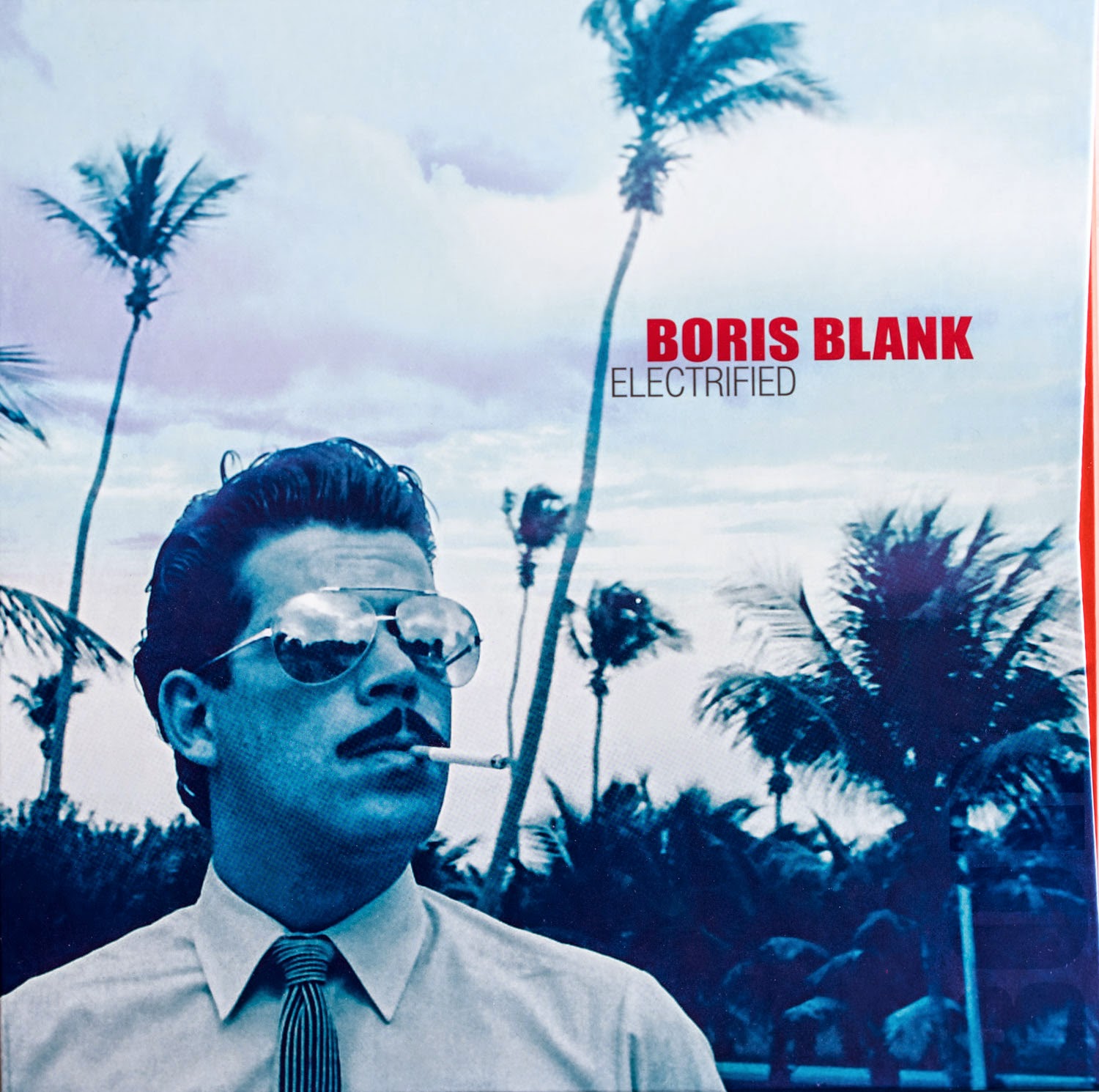 This contains a collection of sound tracks from the last 4 decades of Boris' work. Unreleased tracks and experimental pieces which were the foundation of some Yello songs. As such it is not a regular album like the Yello records we now. Unusual was also the realisation of the project. It was funded through a Kickstarter campaign, managed by Ian Tregoning. 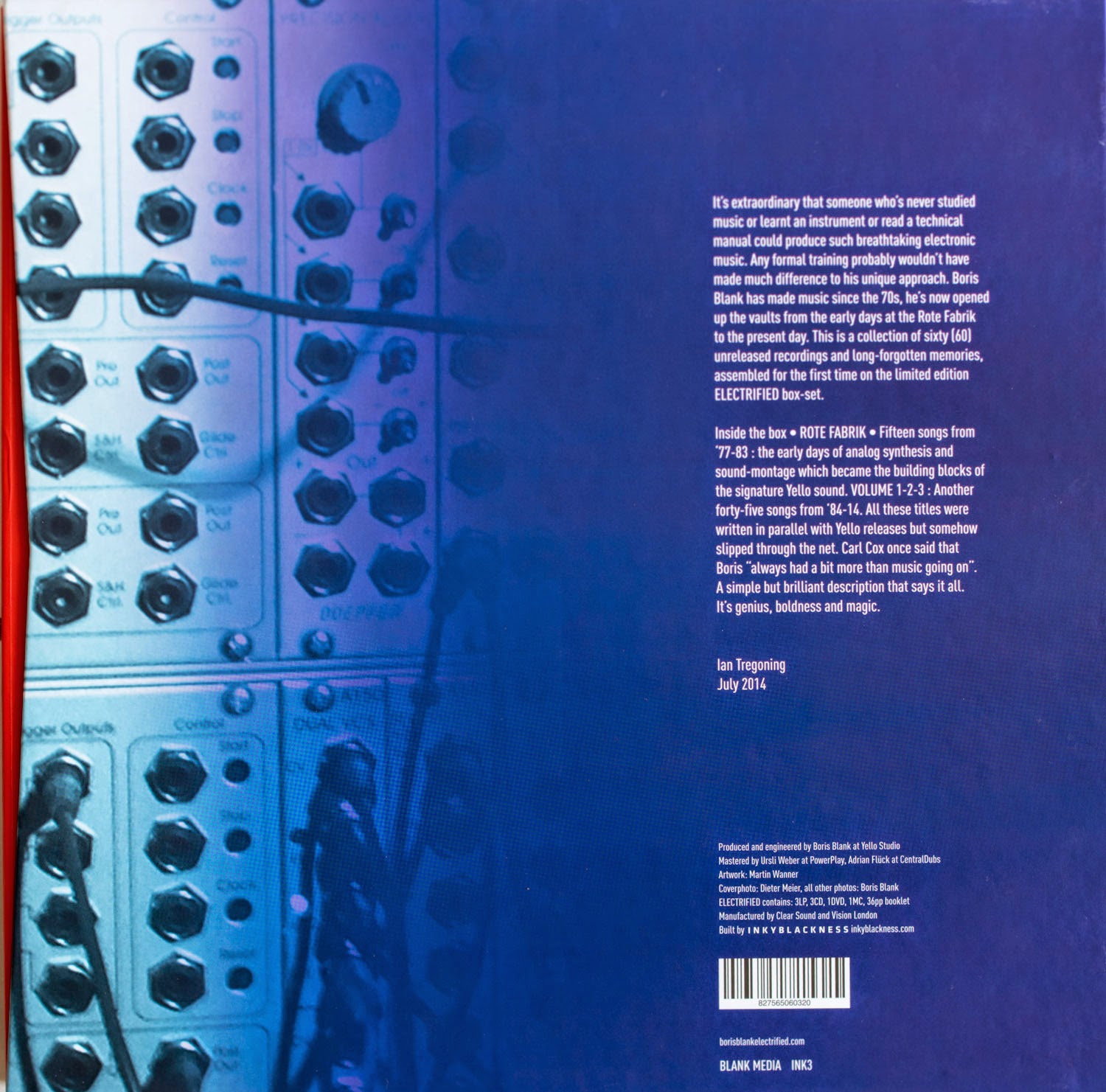 Of course I had to get the deluxe set which contains some extra material and offers the music on 4 (!) different formats: Vinyl, cassette tape, CD and digital download. 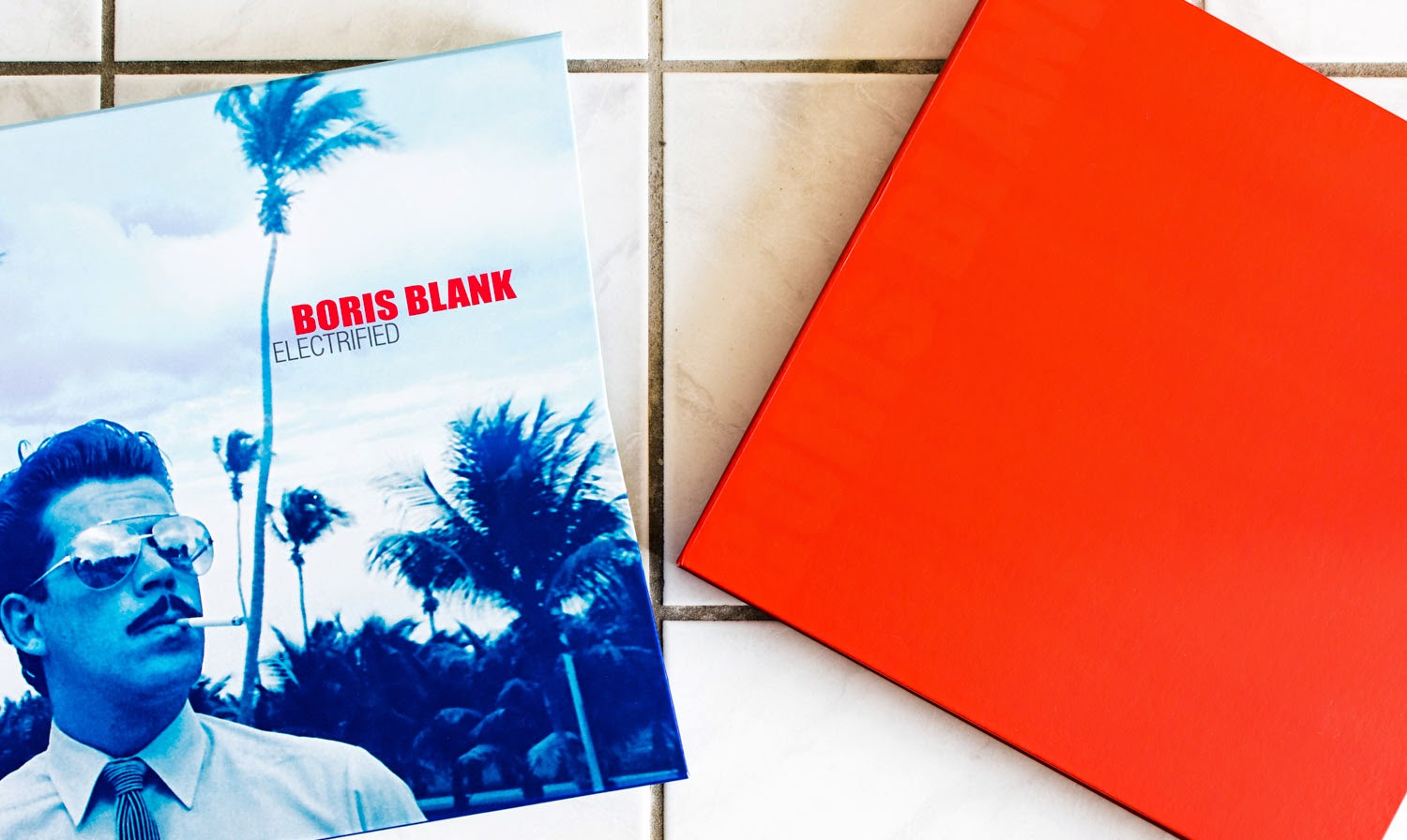 In addition there is a DVD with 12 videos and a beautiful booklet with photographs from Boris Blank. Everything exquisitely packaged. Cassette tape, CD box and booklet are laid into the right side of the box: 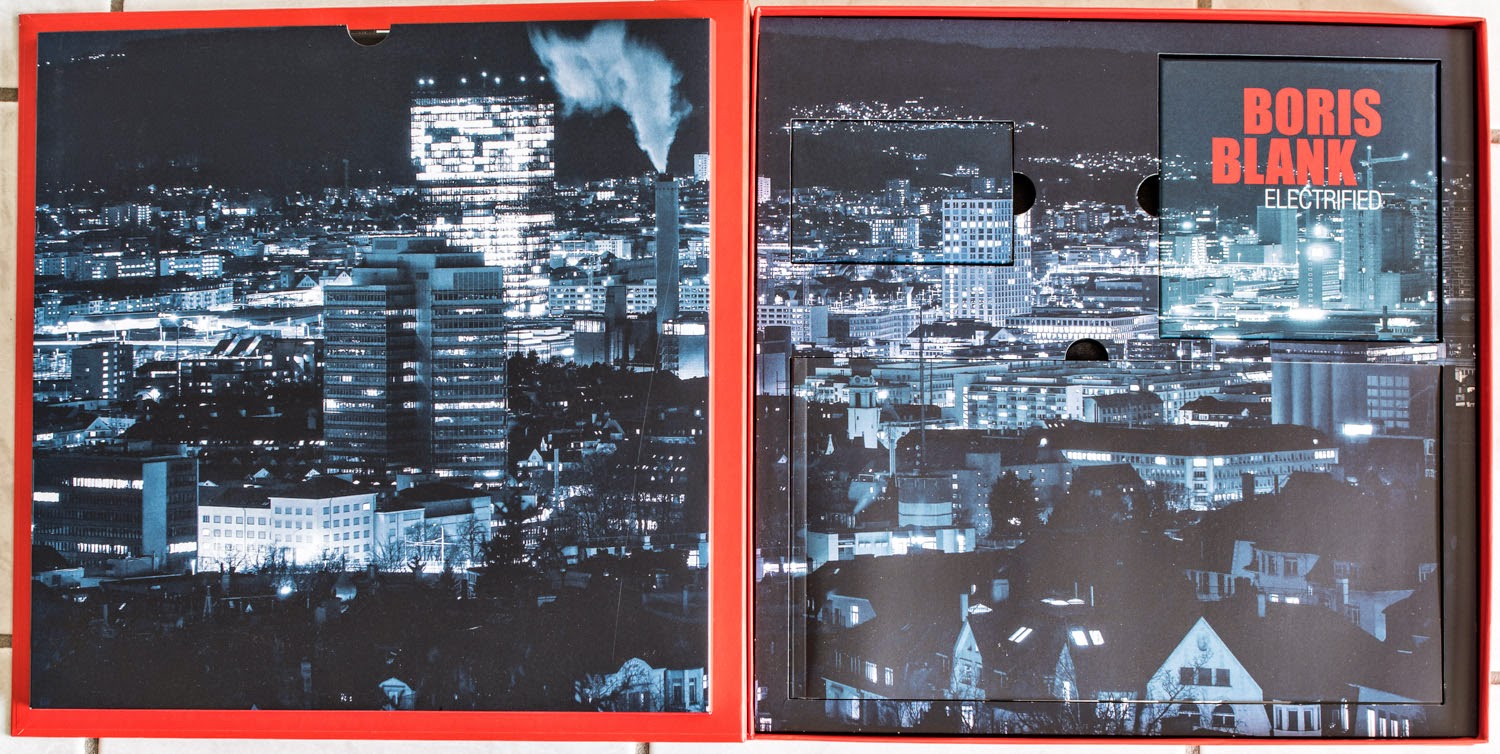 On the left side there is a sleeve which contains 3 vinyl records. 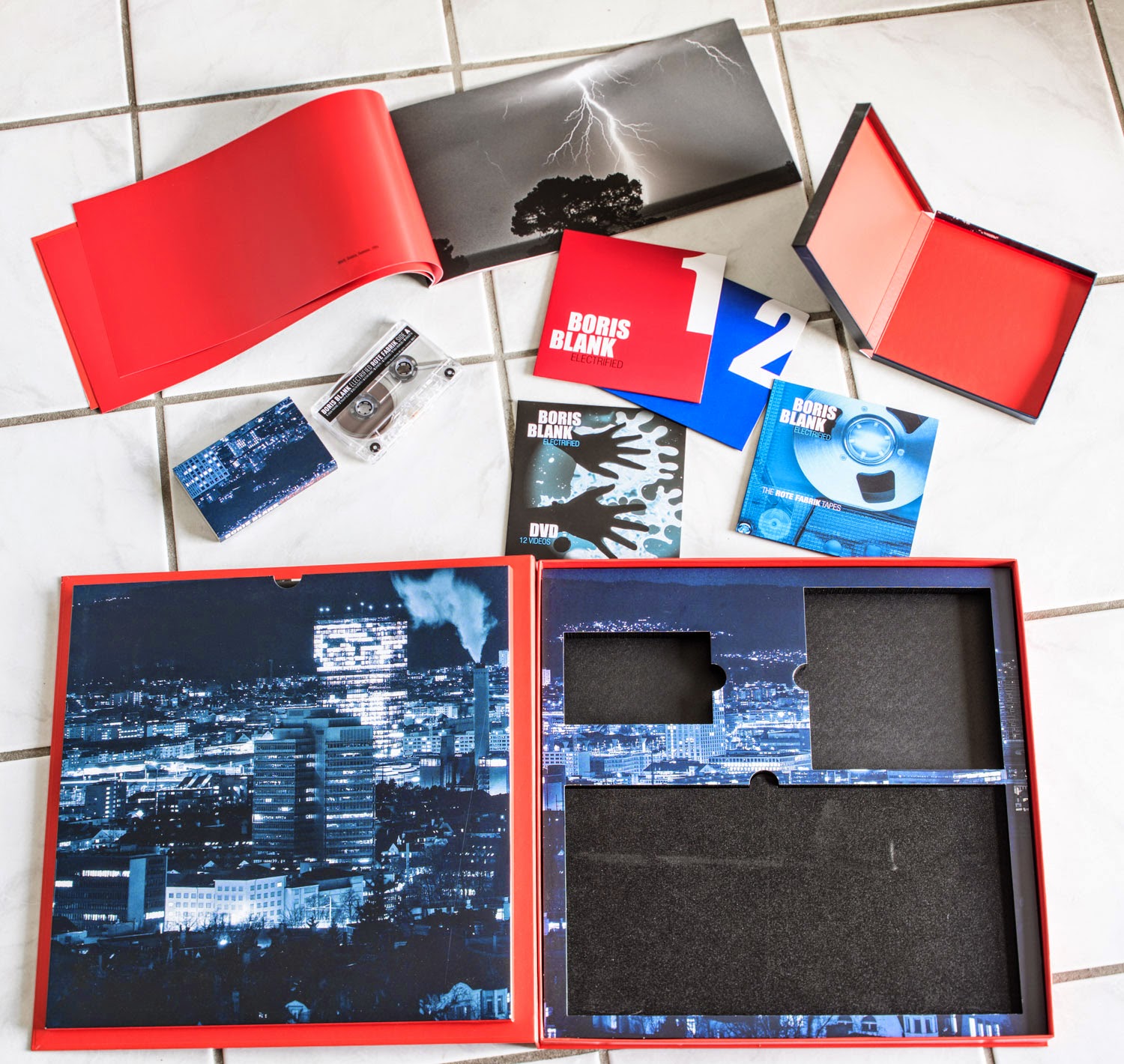 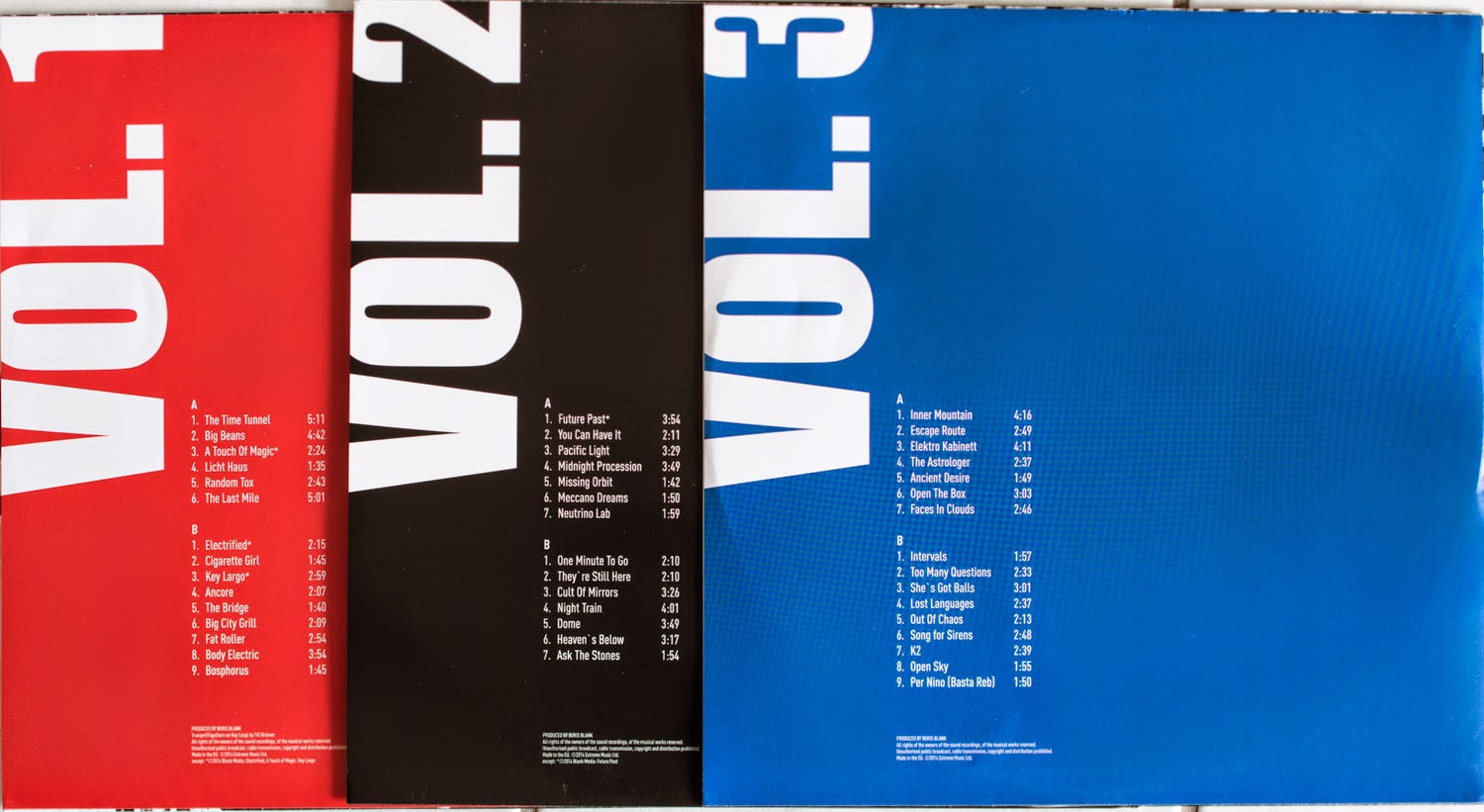 Although I don't even have a casette deck any more, this is a cool touch to include it as second analog format besides the records. The digital download and CDs come in handy for listening in the car. But of course what I'm most interested in are the vinyls. 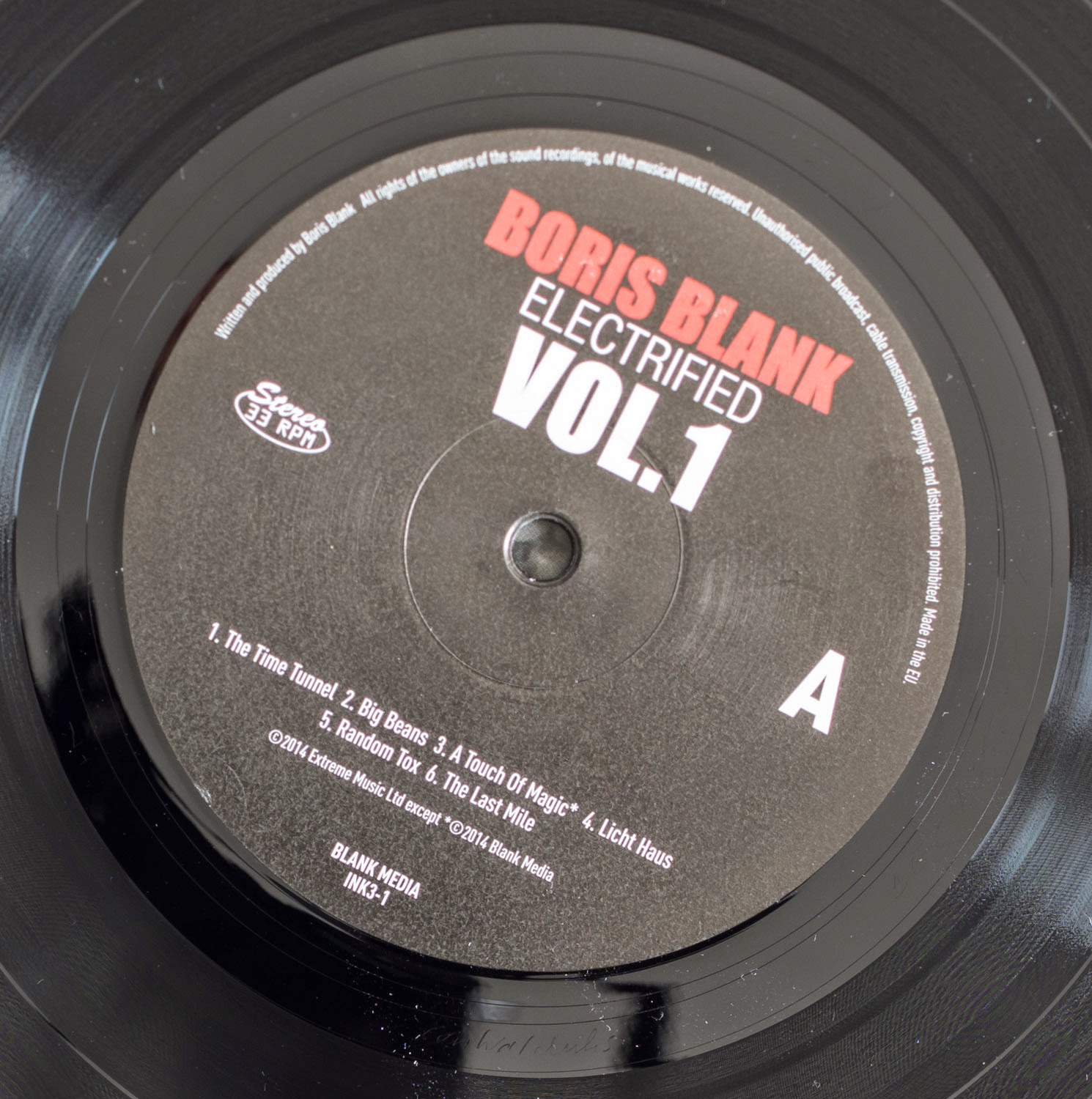 As mentioned above this is not an album in the conventional sense as you'd expect when you know Yello. It's rather a collage of tracks, sounds and snippets from the last 4 decades. I was a bit disappointed when I first listened to it. But it quickly grew on me and I enjoy it a lot. Boris is the guy behind the sound of Yello and this becomes very apparent when listening through this collection. It is amazing how h kept his indistinguishable style over so many decades. His sound now only defined the sound of Yello but was influential for the electro pop music scene. This album is a must for hardcore Yello fans! 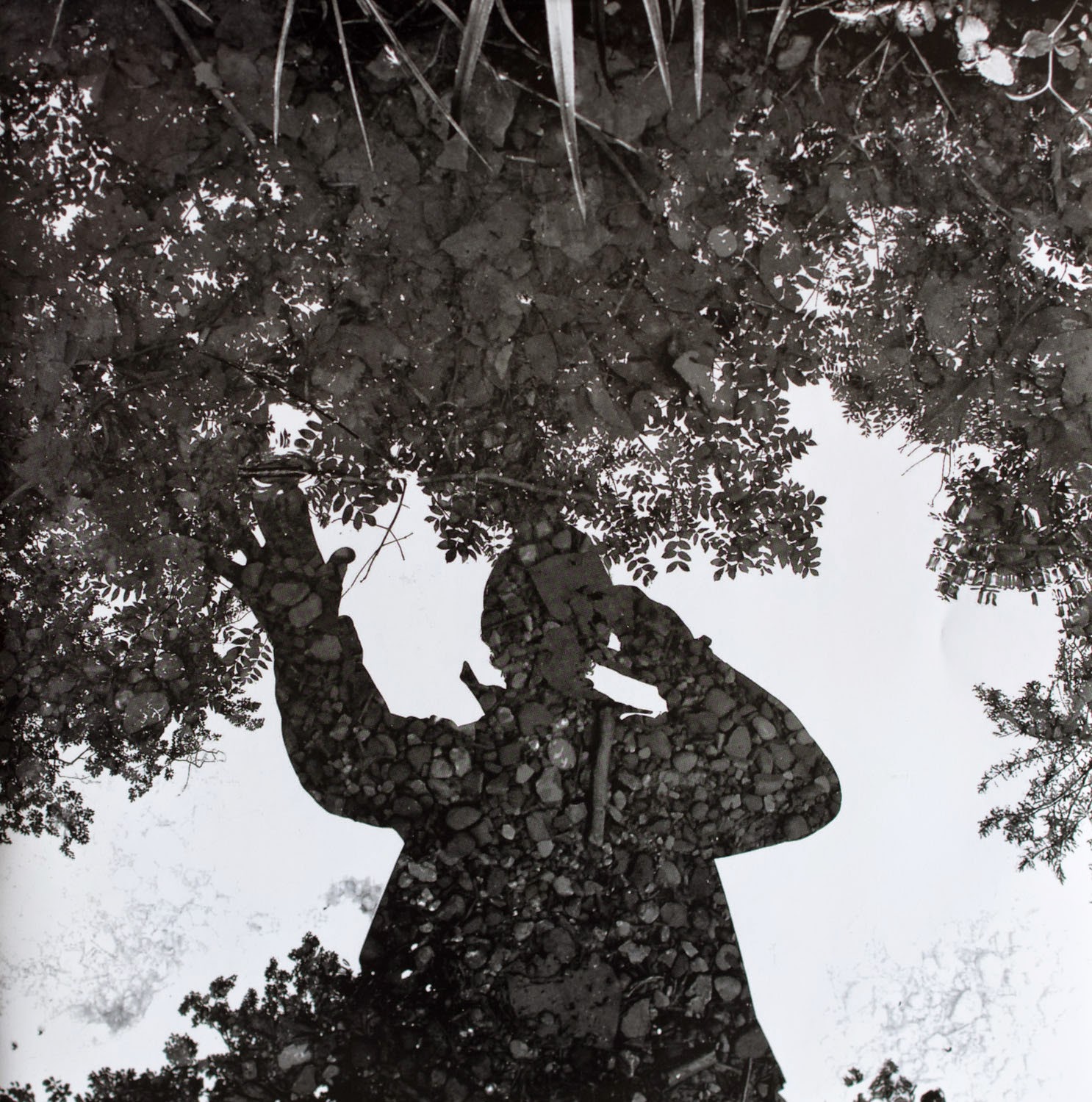 The recording quality is excellent. As far as you can talk about sound quality of purely electronic music. Huge detail, extended frequency response with silky treble without any trace of harshness. Some tracks have a huge artificial soundstage which almost has a psychedelic character. 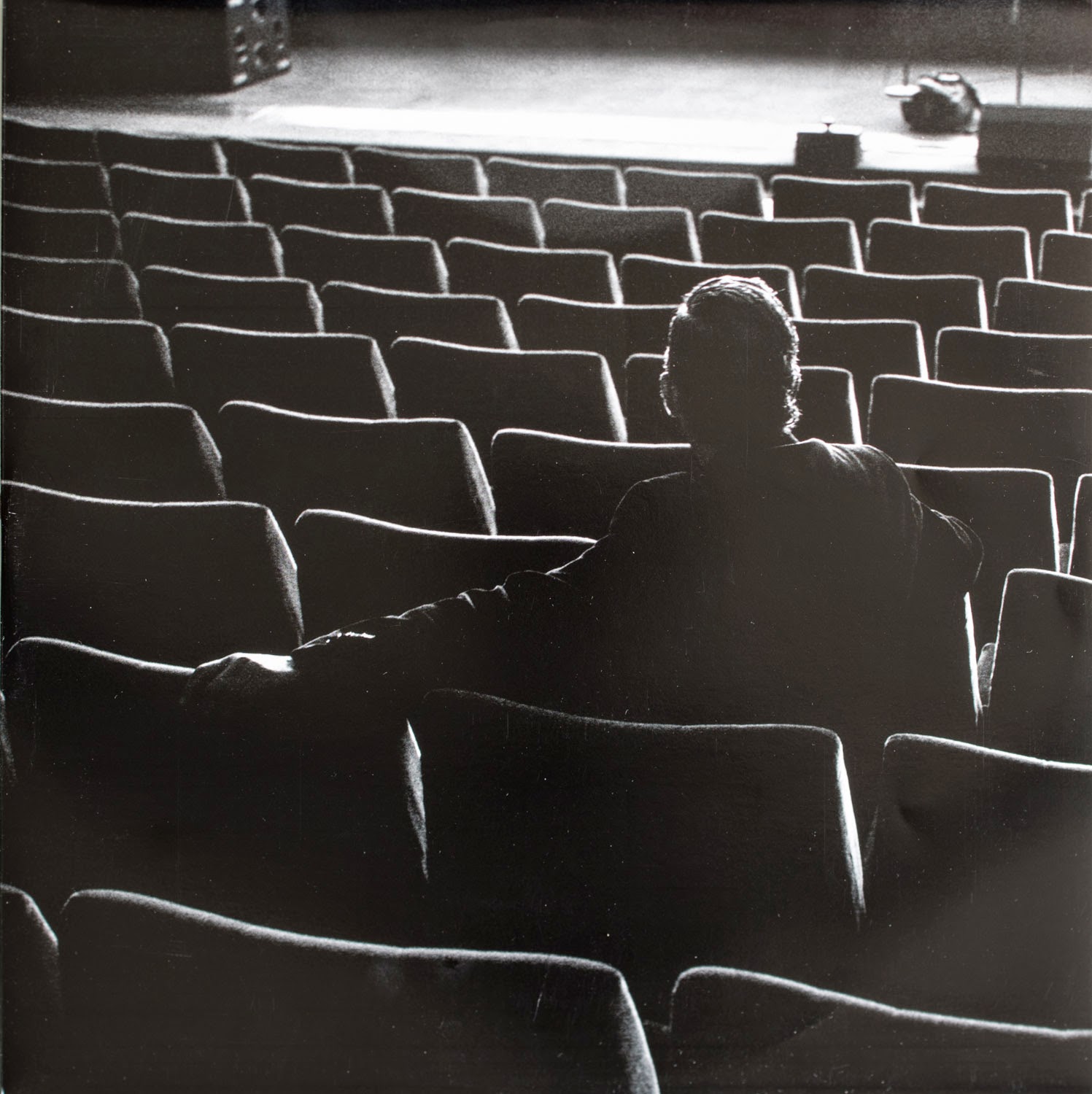 Many gems to be discovered in this collection! Thanks a lot to Boris Blank and Ian Tregoning for realising this project. 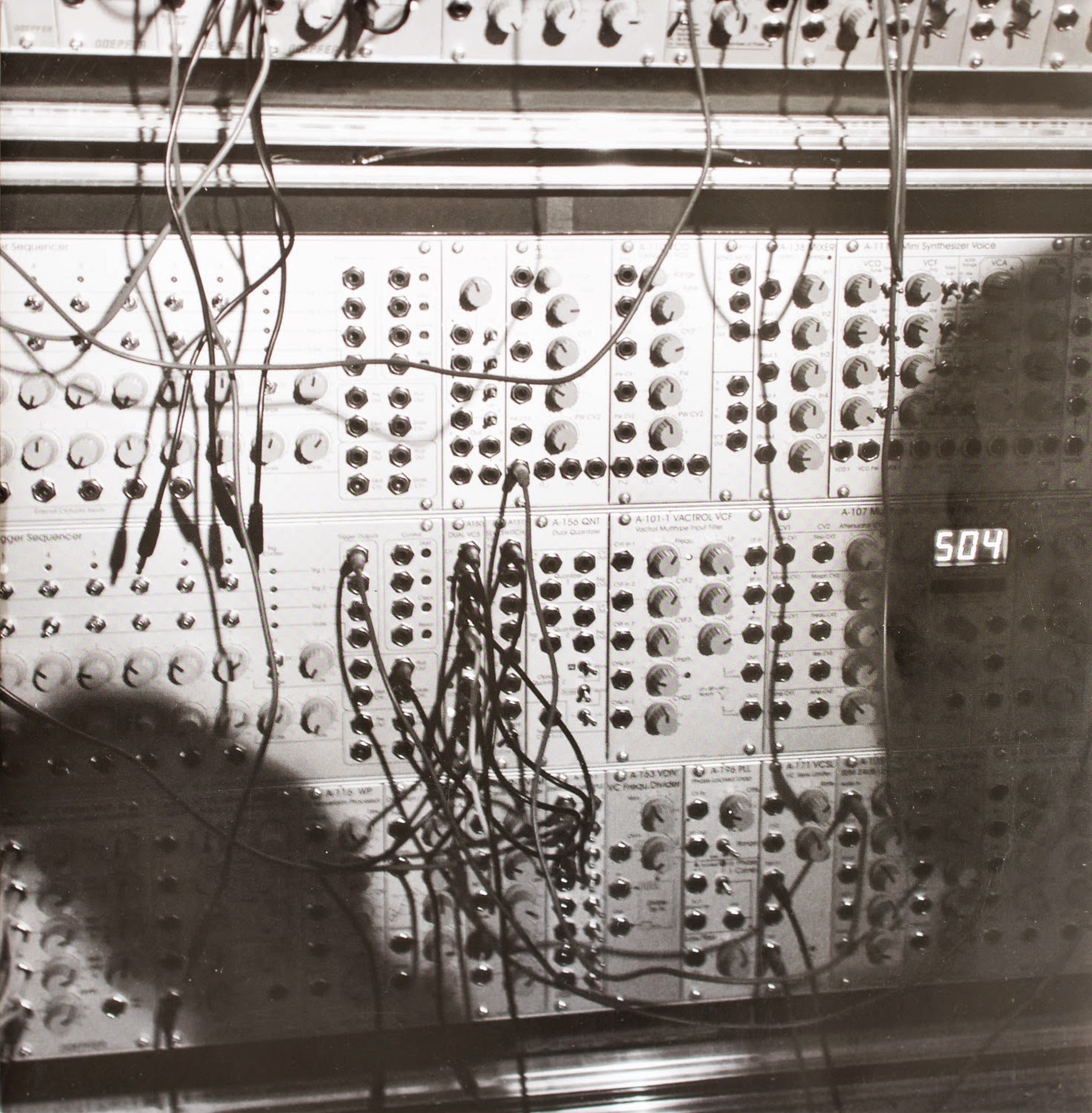 Thomas
Posted by VinylSavor at 15:49