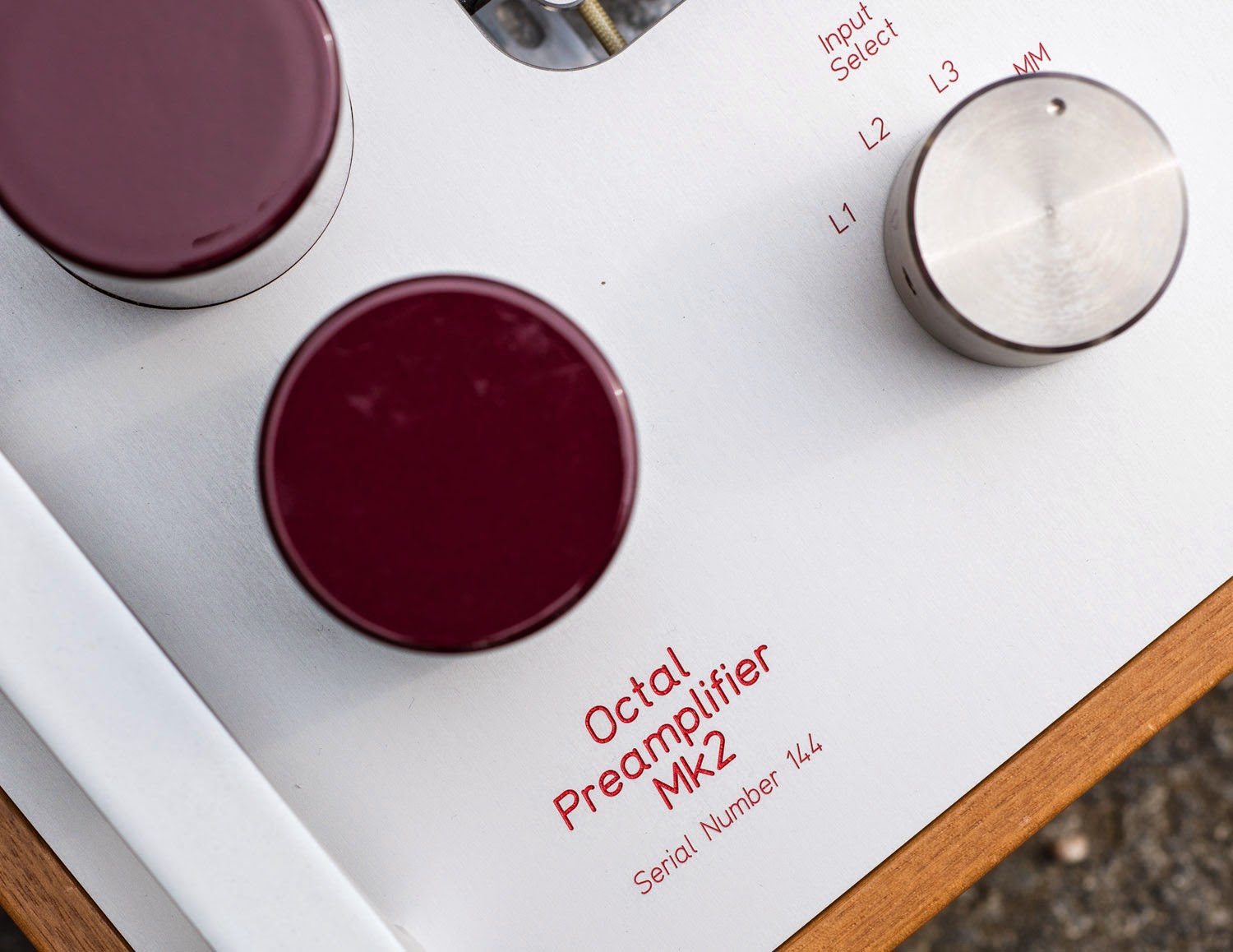 The Development of the first Octal Preamplifier started back in 2008. After I published the 6CB5A amplifier concept on a german tube forum, the question about a matching preamp came up. Since the 6CB5A amp got built in various incarnations including some no compromise versions, The question about an improved Octal Preamplifier came up as well. This led to the Mk2. The details about the design can be found here. 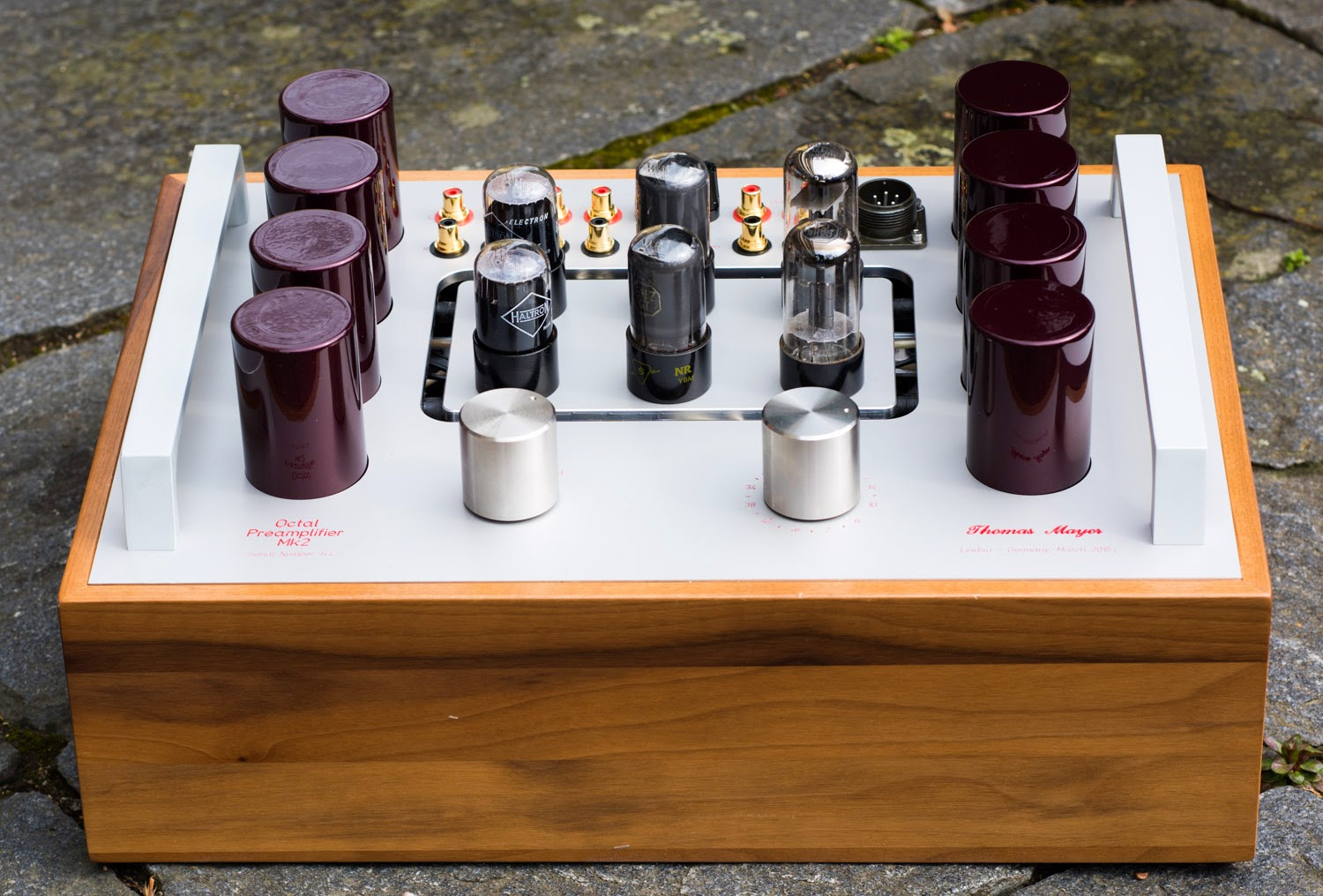 After all the line stages with directly heated tubes and LCR phono stages, it was refreshing to work on this design again. The circuit is unchanged from previous versions. Also the chassis design is virtually the same classic landscape layout. With just the exception that the tubes on the signal section are now on a suspended plate to reduce microphonics. 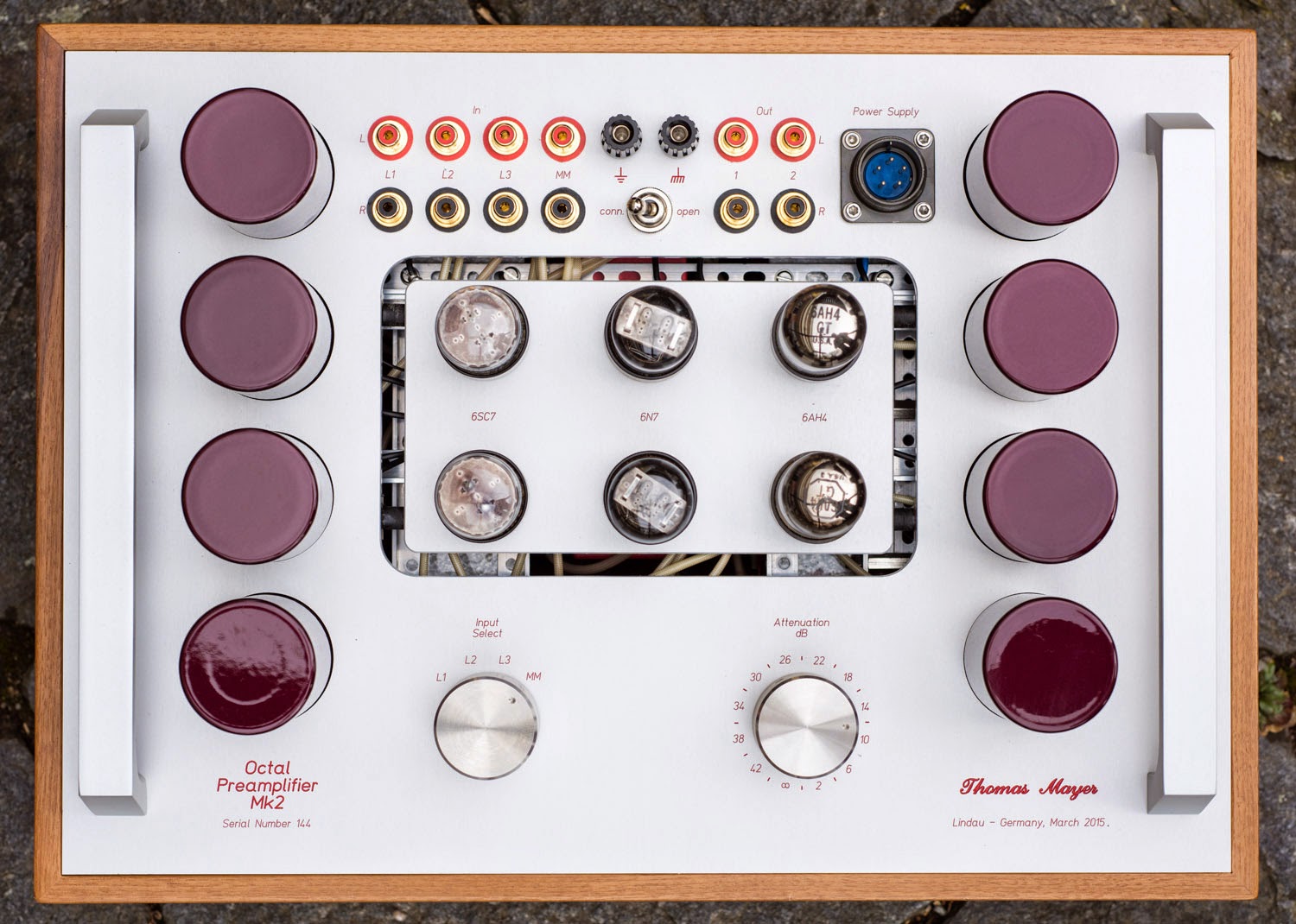 The use of such high mu and low transconductance tubes as the 6SL7 or 6SC7 as in this version, as first tube in the phono section gets unjustified criticism by some tube amplifier builders recently. The claim being that only high transconductance tubes will yield a low noise design. But in real life the few dB difference in noise performance which can be gained by using high transconductance tubes is rather minor. The 6SC7 performs nice and quiet in this design. But it doesn't have the diva like behaviour which tubes like the D3a or WE417 can show. If not taken care of they can burst into self oscillation which can cause rather harsh sound. 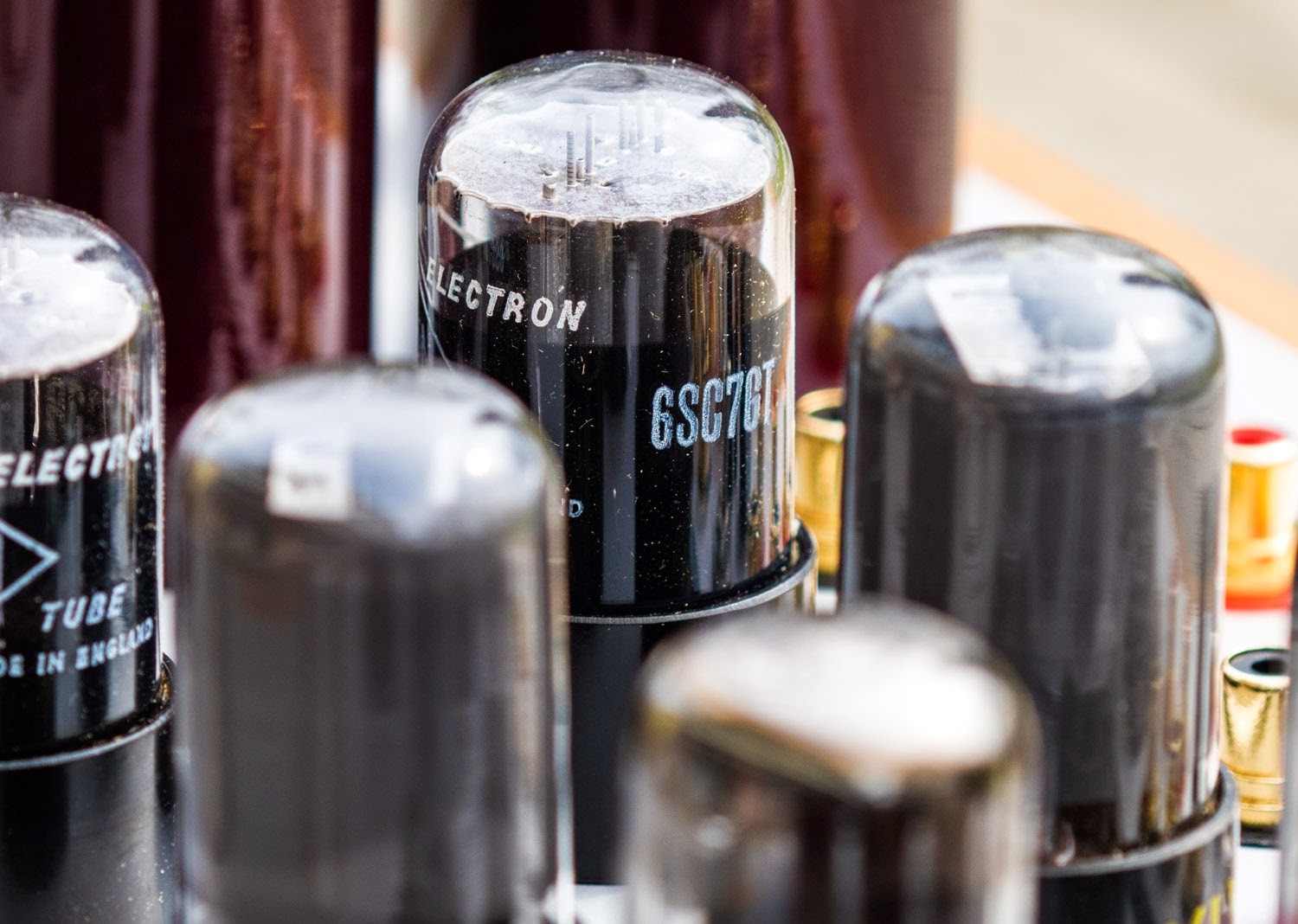 The 6SC7 is complemented well by the 6N7 which is used as second stage in the phono section. RIAA equalisation is done by split passive RC networks. The beefy 6AH4 is performing in the line stage. It drives a Slagle/Intactaudio AVC through a step down line output transformer. 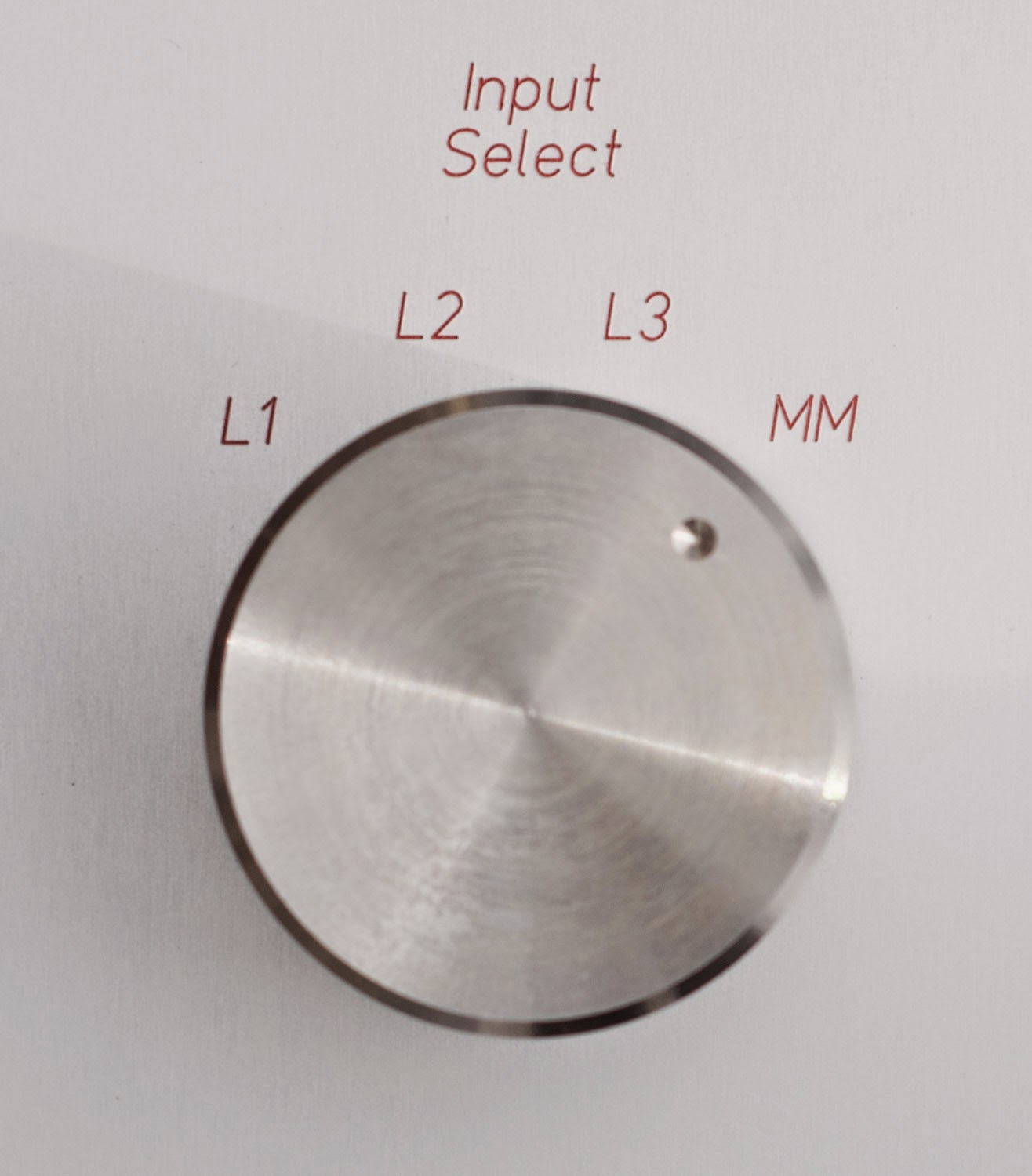 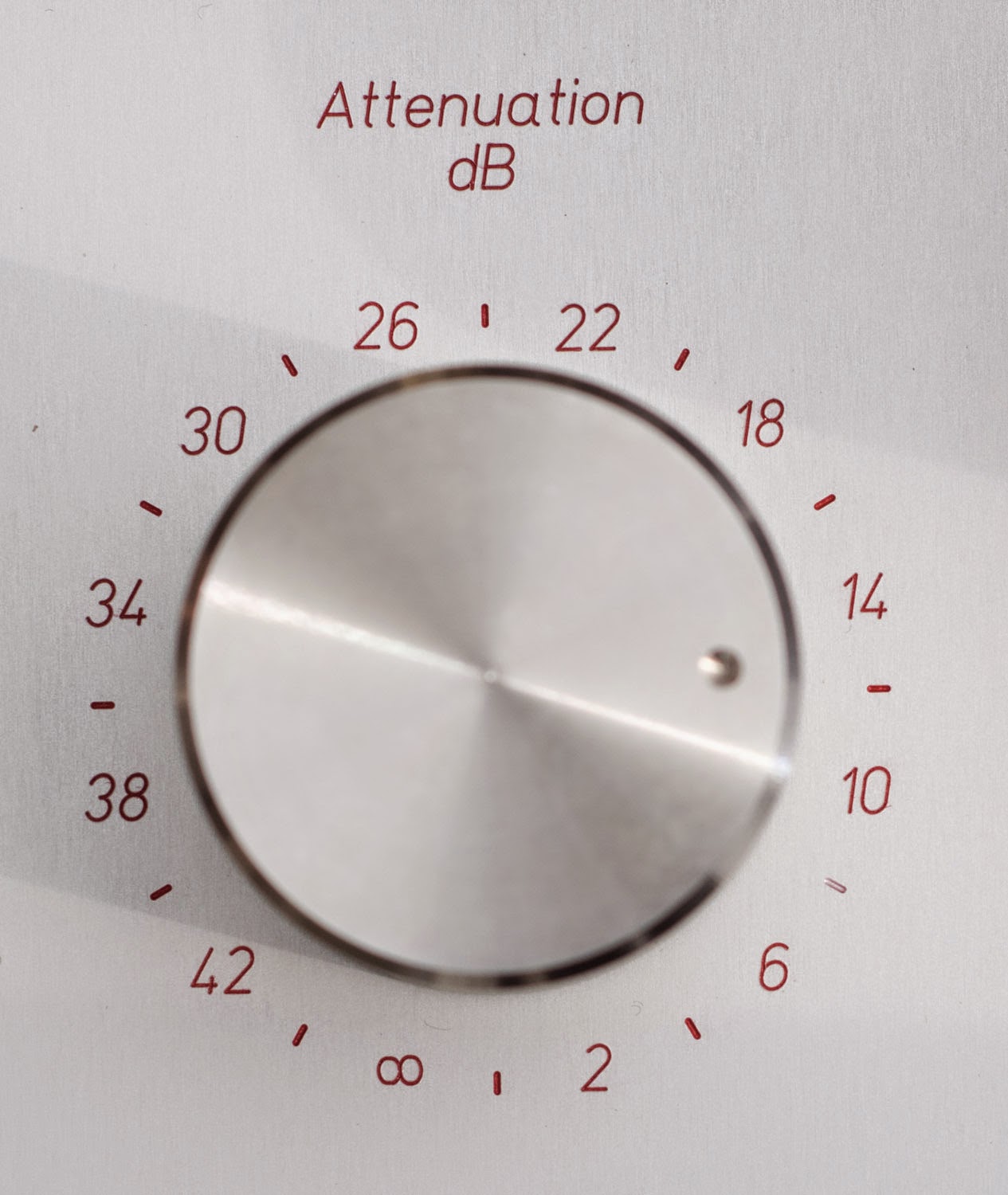 The volume control is done by a 24 position Elma rotary switch which selects the taps on the AVC and provides 2dB steps. There are three line inputs and one phono input for MM cartridges. MCs can be connected through an external step up transformer. The MC transformer can be integrated as well but the person who is going to use this preamp already has a selection of step up transformers. 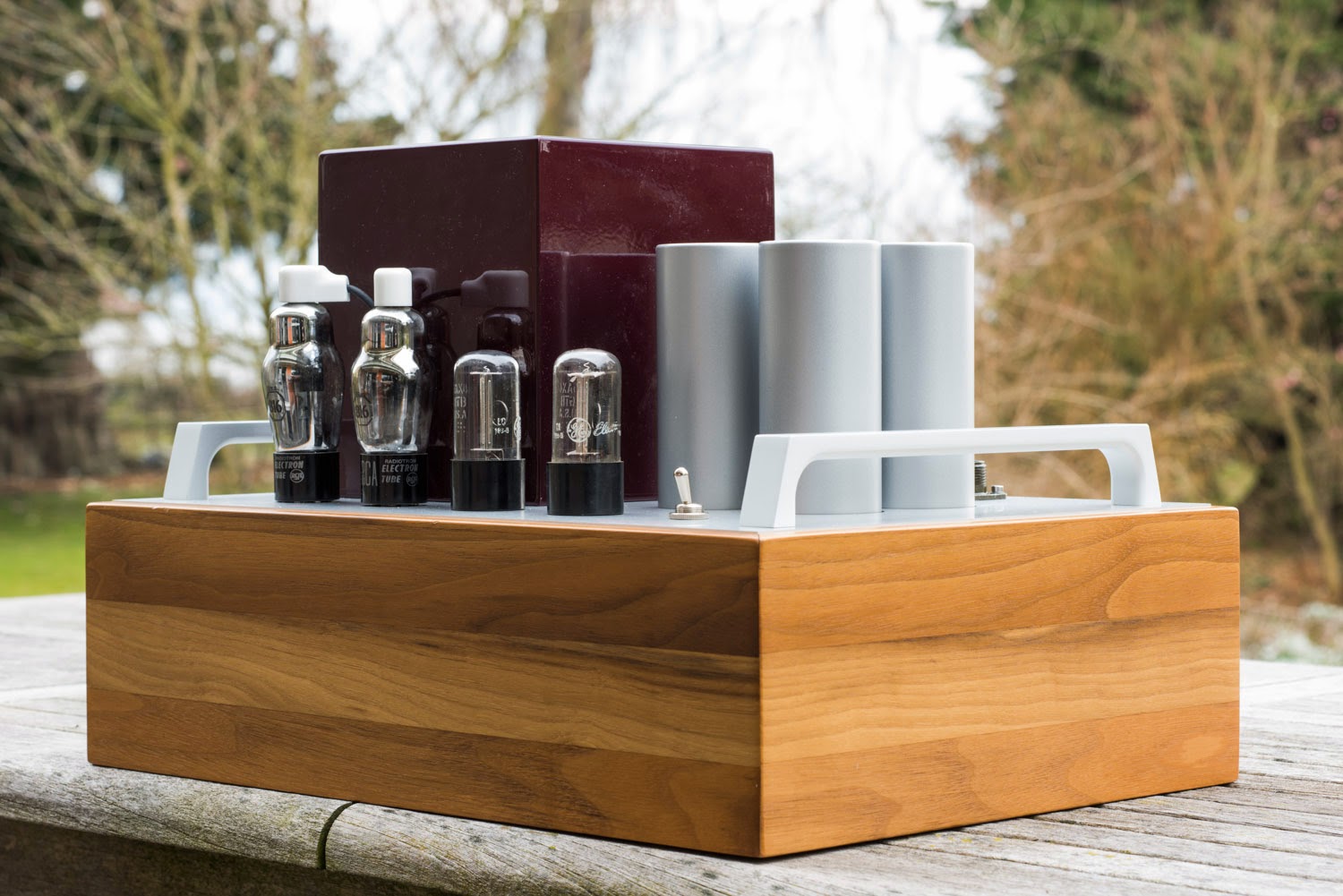 Power is provided to the signal section from a PSU in it's own chassis. As a special touch the power supply has a hybrid rectifier bridge using two 816 mercury vapour rectifiers in conjunction with two 6AX4 TV damper tubes. 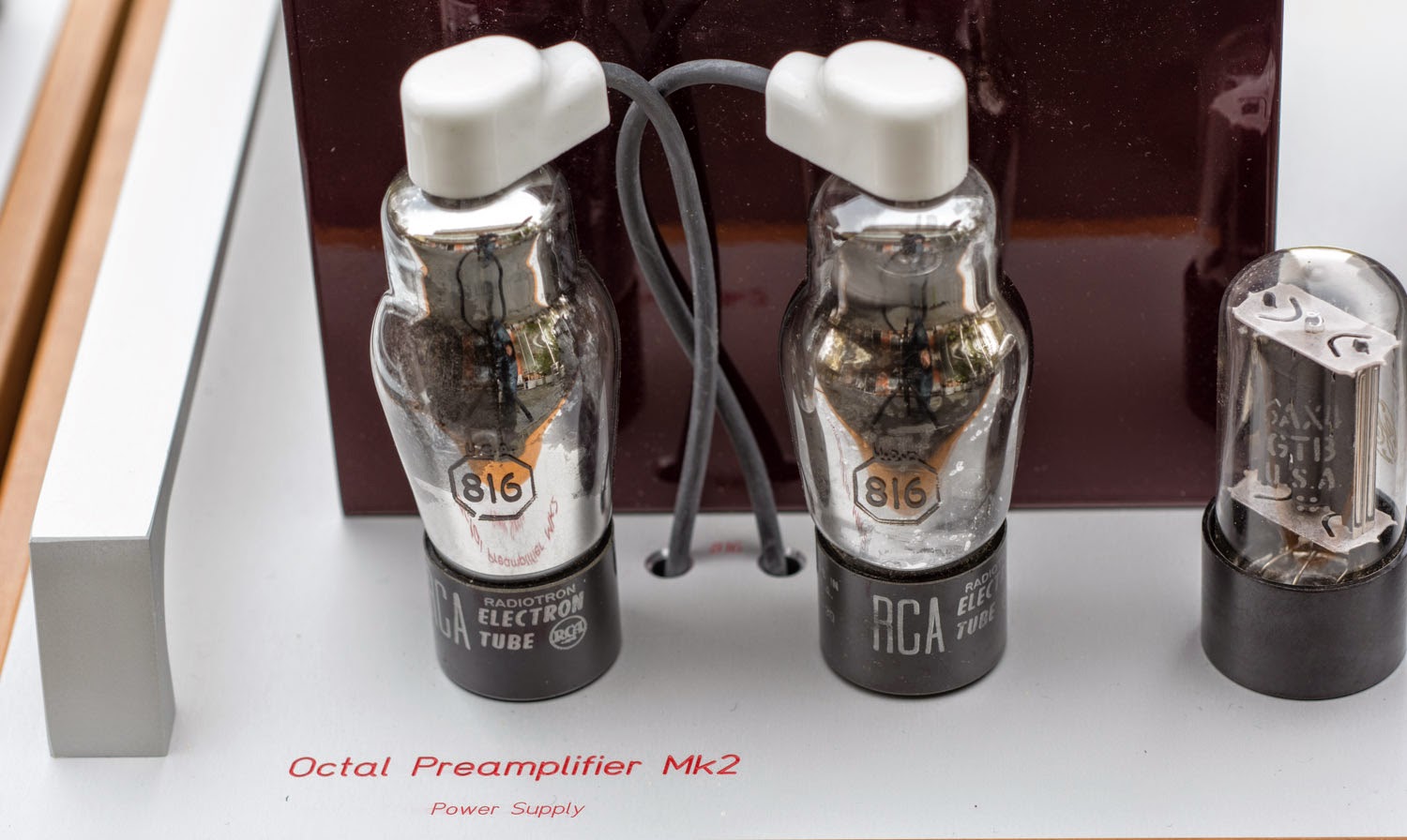 The 816 is the 'small sister' of the 866A and provides a similar eerie blue glow in operation. More about this tube in the upcoming tube of the month post. 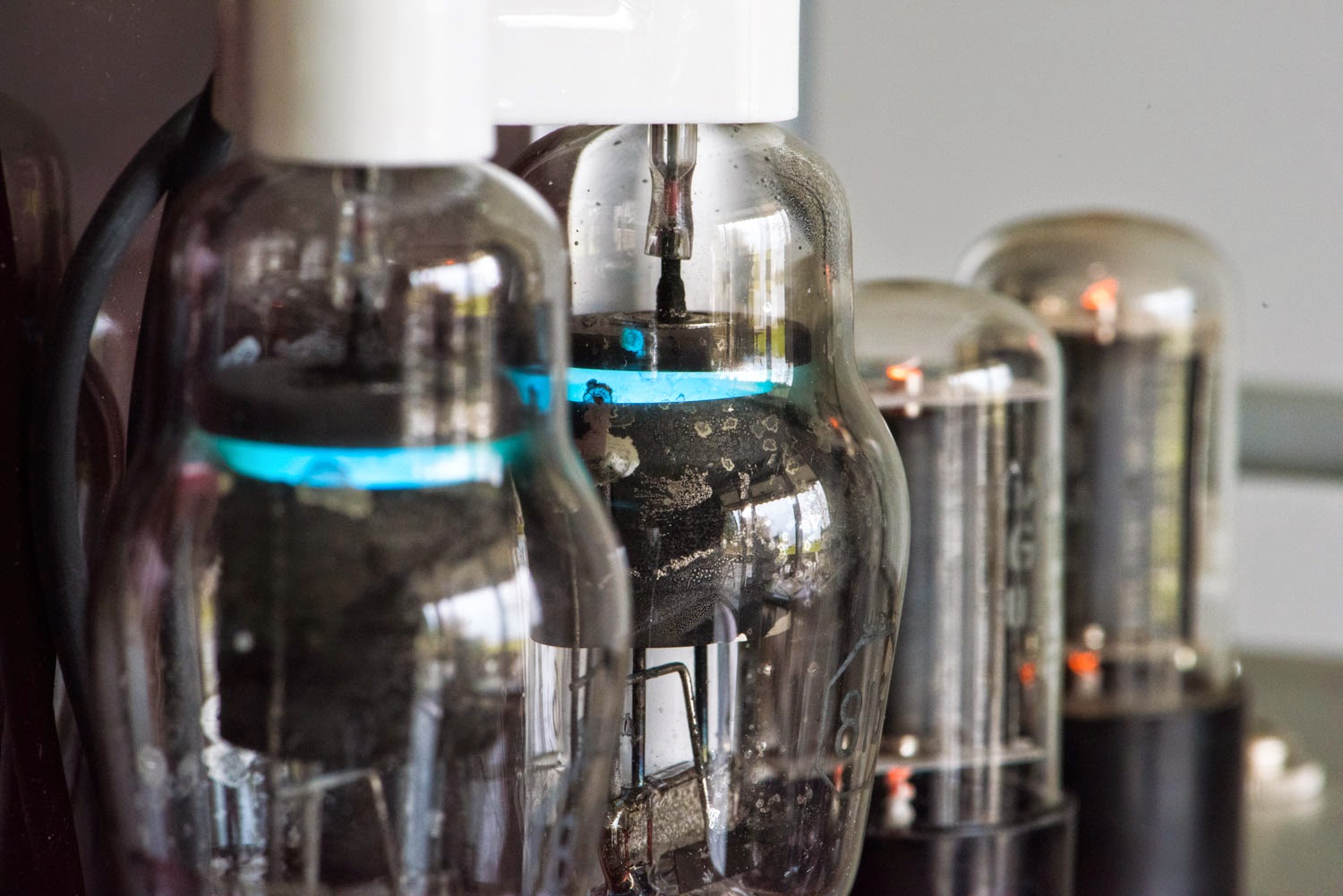 Due to the 6AX4s controlled warm up, no separate filament and high voltage switches are needed. The high voltage comes up gradually as the heaters of the 6AX4s warm up. This has the nice visual effect that the blue glow appears gradually. This is illustrated in this short video clip:

How about the sound of this preamp? As it is playing right now I am enjoying nice vocals, beautiful tone colors and a smooth sound. The 6SC7 and 6N7 combo in the phono section are performing without any harshness. No listening fatigue. The overall representation tends a very slight bit to the caramel side compared to other preamps. But in a very subtle and nice way. The line section brings all the advantages of a low impedance transformer volume control. High resolution and transparency. The low output impedance can drive any cable lengths and pretty much any power amp. 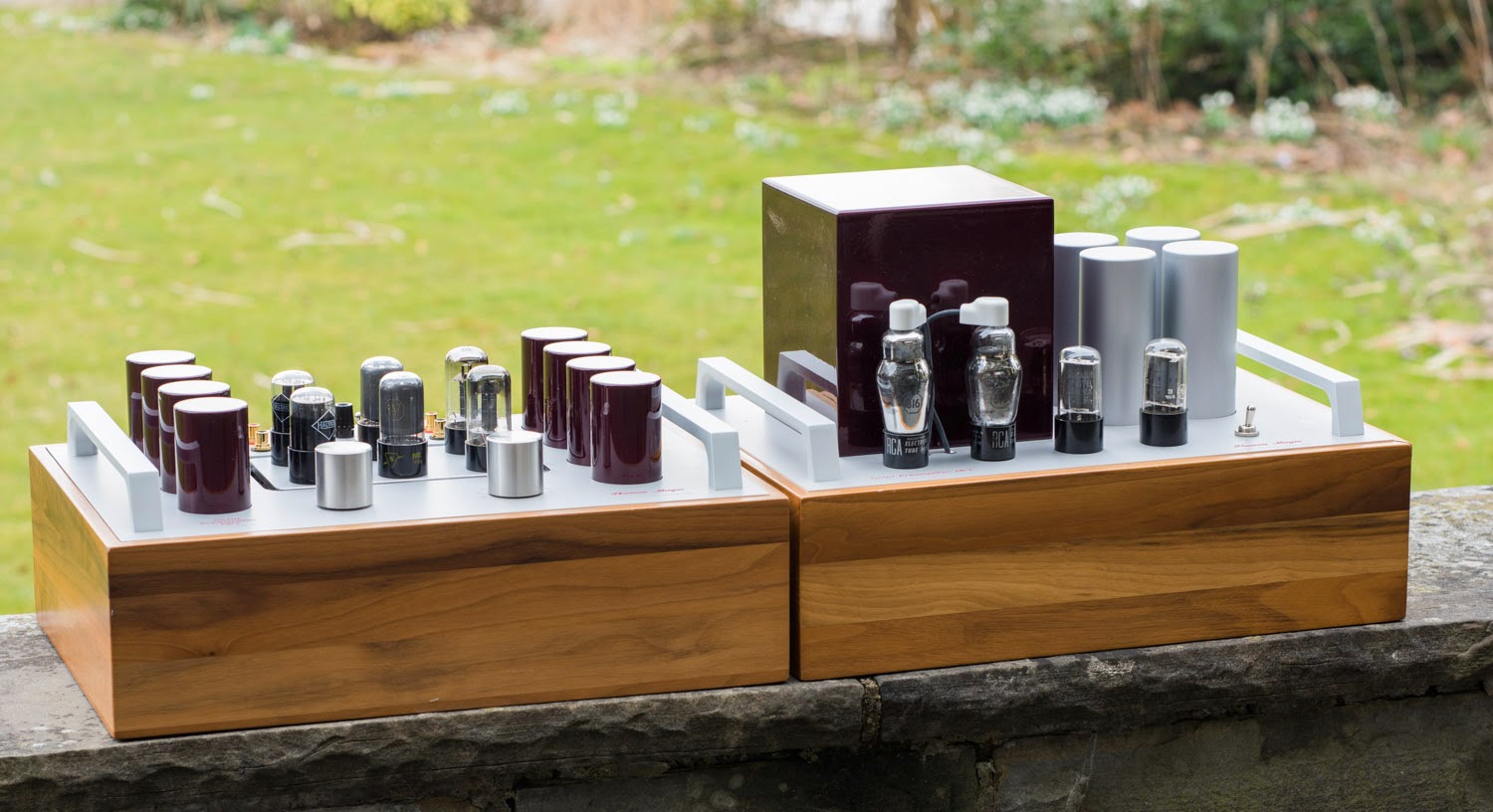 So why bother with separate phono and line stages, LCR EQ and directly heated triodes if this design performs so well? Of course such separates bring yet another level of performance. A D3a or EC8020 phono does have a more quiet back ground and improved articulation of sibilants. A direct heated line stage does give a higher level of resolution and stronger tone colors. But all that at 2.5 - 3 times the cost or more depending on some choices and twice the rack space needed. If the budget does not allow for a full fledged LCR phono and DHT line stage, the Octal preamplifier is a smarter choice, rather than trying to take short cuts and choosing a cheap implementation with LCR and DHTs. 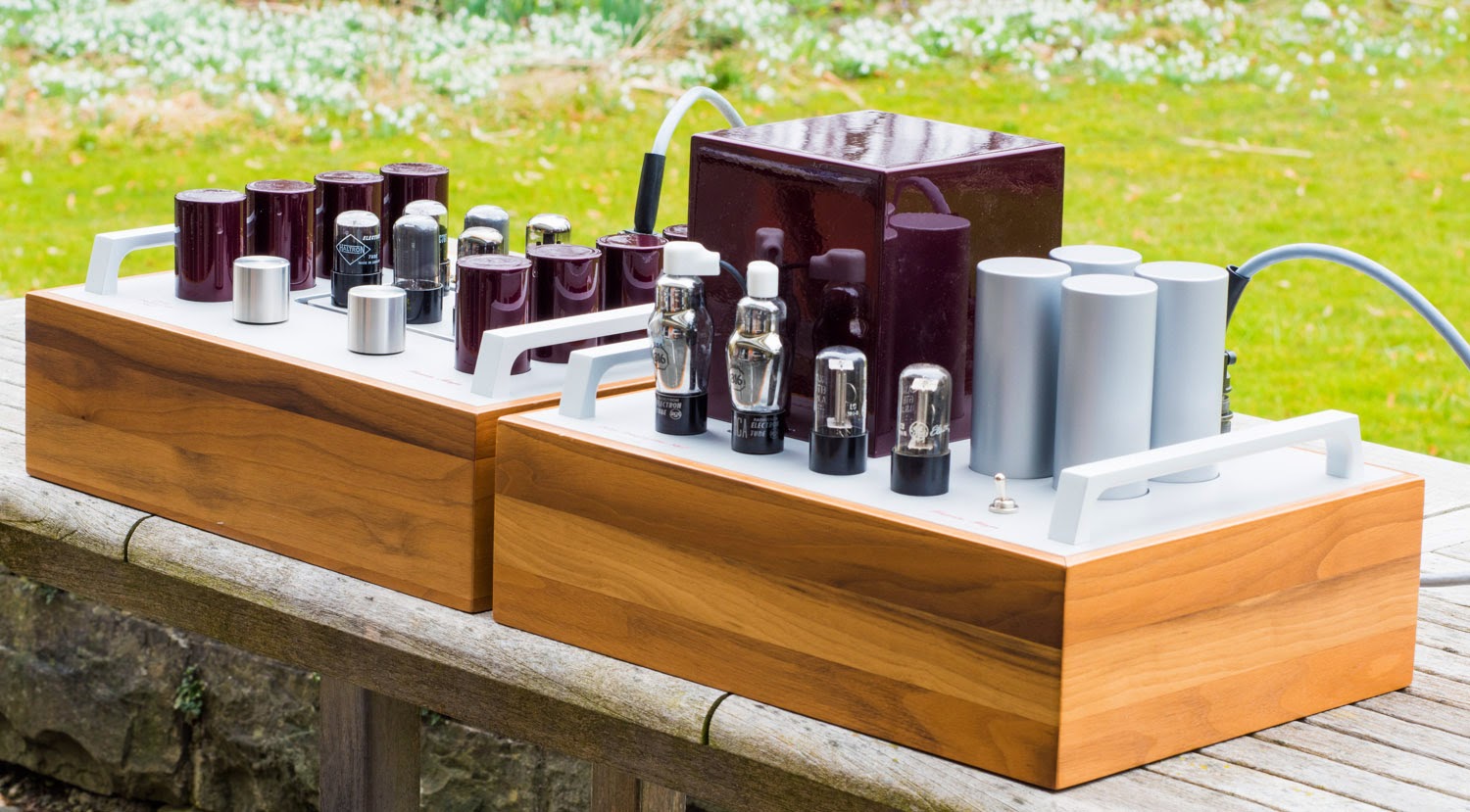 The photos above do not show the final wooden enclosures. These are still in the making. The wooden frames on the photos are just temporary and the chassis will teals get some feet to rest on. This preamp will be used with a 6CB5A amp for which it was originally designed. The 6CB5A amp is also finished und currently undergoing testing. It will be shown in an upcoming post. Stay tuned!