After completion of the initial tests the final assembly is progressing. In this post the construction of one of the power supplies is shown. 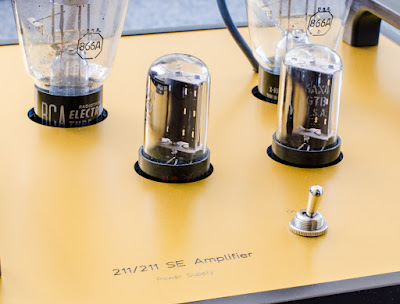 Starting from the top with the upper plate: 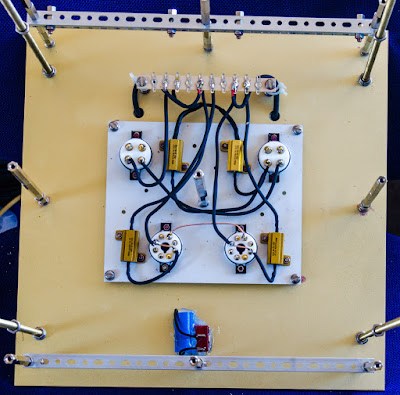 In order to improve creepage distances for the high voltages present at the tube sockets, these got mounted on a separate plate which in turn is attached to the main plate with some studs. 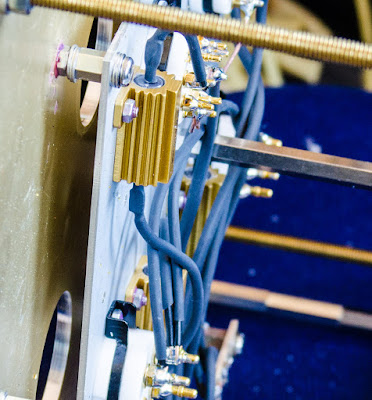 The resistors are there to adjust the filament and heater voltages to the nominal values. Caps and chokes are mounted on a separate sub assembly and pre wired. 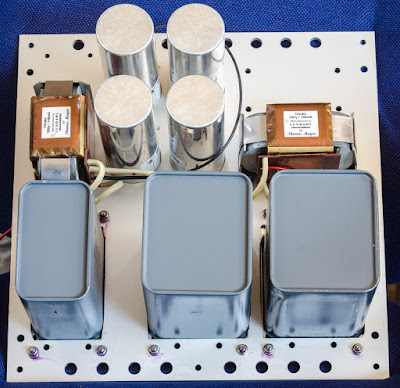 This is then mounted to the main assembly as the second tier. 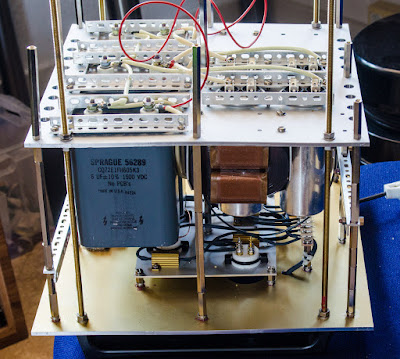 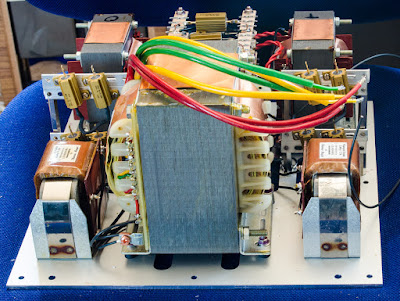 The B+ transformer in the middle at the front and the filament chokes beside it. In the back row the separate filament transformers for driver and output tube and the rectifier and caps between them. The resistors are the bleeders.

All three levels mounted and wired together: 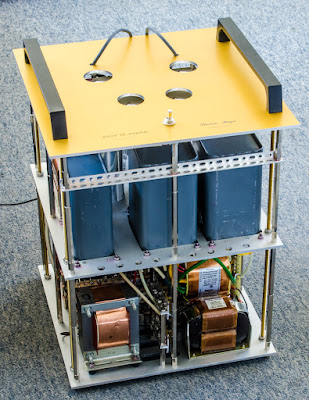 All that is missing is the terminal with the connectors. This will be attached at the end after the PSU is inserted in the wooden housing. 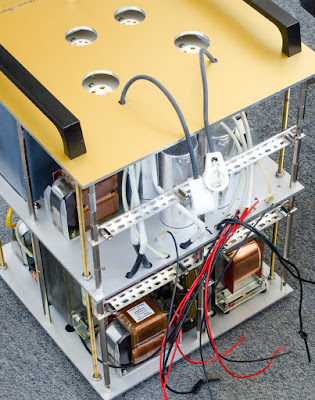 The PSU in a preliminary wooden housing, feet still missing: 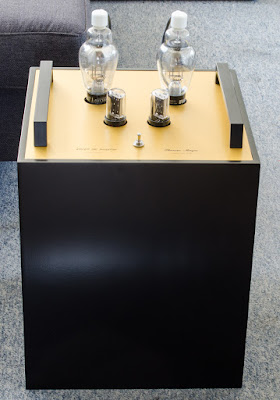 Next will be the assembly of the amp chassis. Stay tuned! 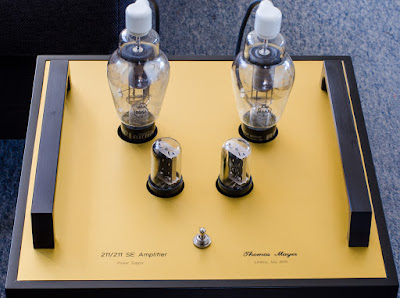