In the last post about the 211/211 amplifiers I showed the construction of the power supply. In the meantime the amplifiers are finished as well. 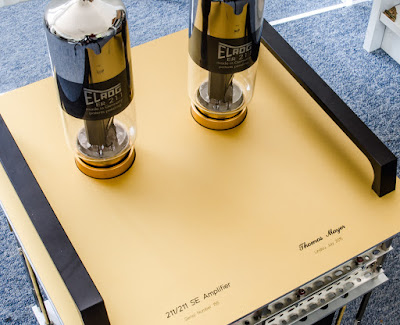 Assembly was done top down, starting with the top plate, here shown with the tube sockets, resistors and input transformer attached: 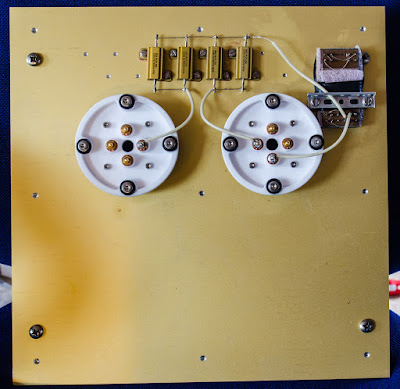 Next level with some capacitors: 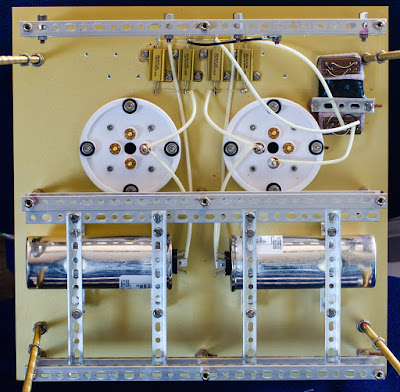 Interstage and output transformers are mounted on a sub assembly along with the high voltage paper in oil capacitors: 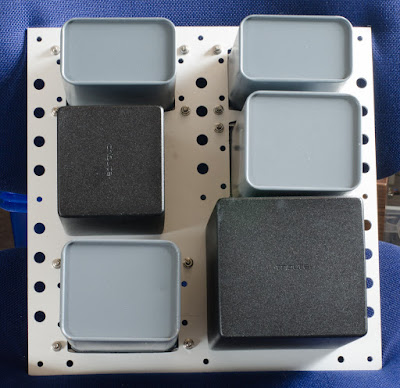 The sub assembly mounted to the main assembly and wired up: 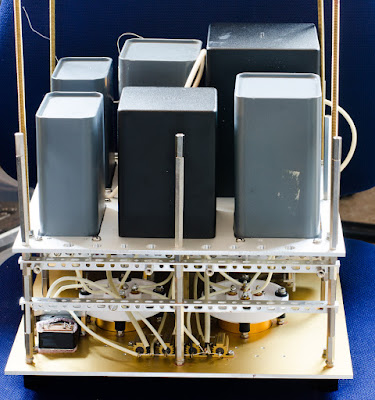 Filament and B+ chokes are on a separate plate: 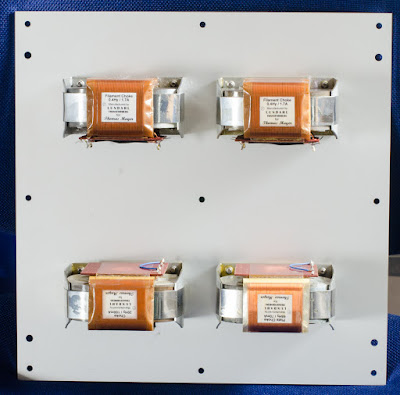 They are at the bottom of the amplifier: 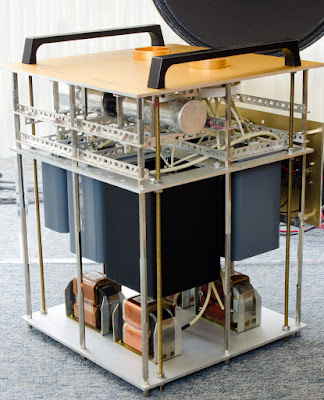 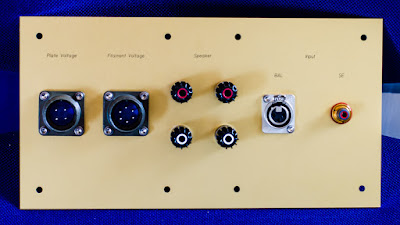 The terminal gets provisionally mounted to the amp for testing: 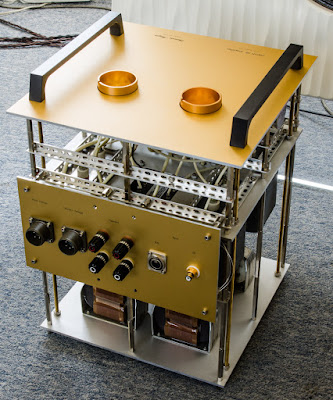 The amp with tubes pugged in: 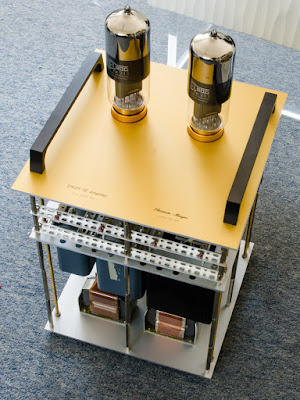 Now only waiting for the wooden enclosures to be finished.

Stay tuned for the next part which will show the amps and power supplies in their enclosures. 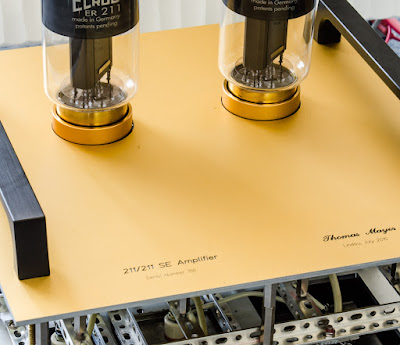