The Tale of Two Preamplifiers - Part 2

In part 1 the story of these two preamplifier was already introduced. In this post I will reveal which tubes got tested and which were the favourites in terms of sound. 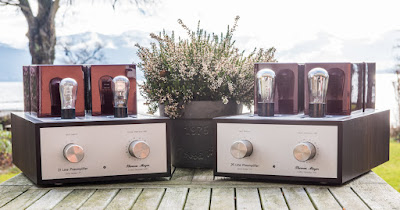 The test set up which was used for evaluation was already shown in part 1. An adjustable power supply provided all the necessary voltages for the different tubes. 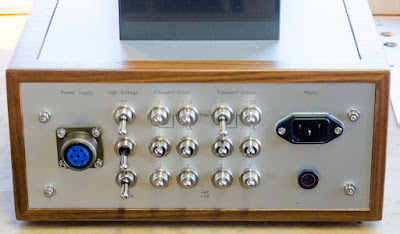 Operating points are chosen with a couple of switches which selected from an array of resistors for cathode or filament bias. 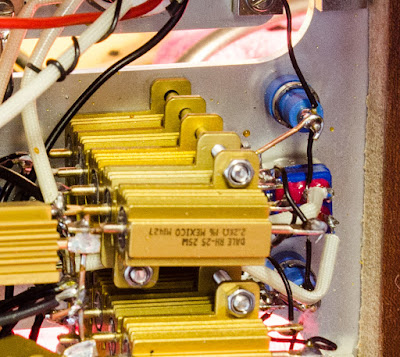 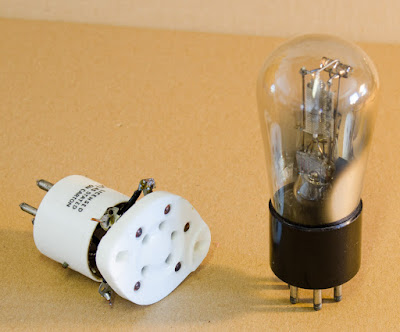 Also the 46 was tested with a socket adaptor which tied grid 2 to the plate. 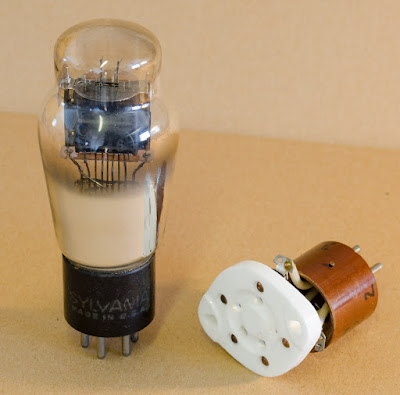 And in addition two european DHTs. A Siemens Da: 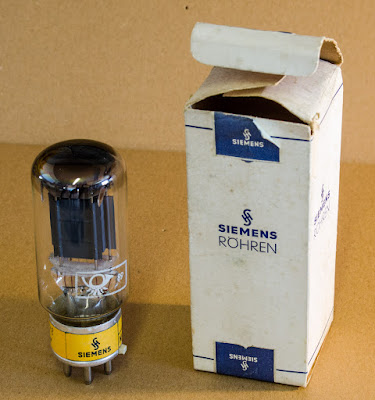 Again to be plugged in via an adaptor: 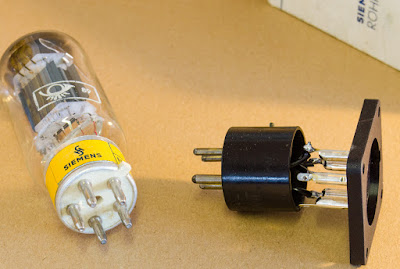 And the Telefunken RE074: 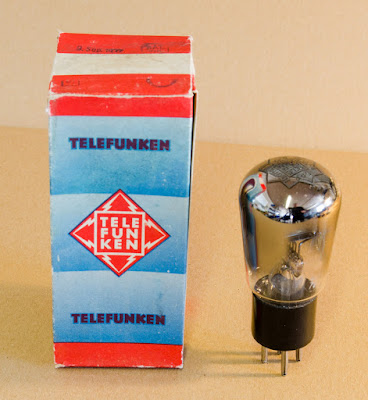 Also with an adaptor: 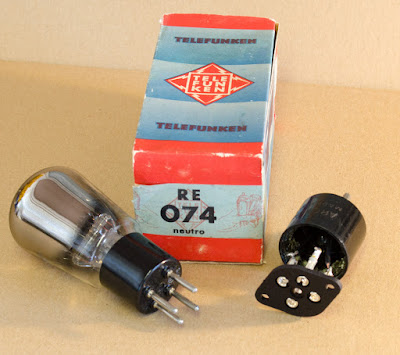 The 10Y or 801A were not included since I have separate preamps with these tubes which could be used for comparison. Hopes were very high for the european tubes and also the 45 and 50. But surprisingly none of them turned out to excel in this set up. To be fair, none of the tubes sounded really bad and the differences are rather subtle. After all the overall sound is largely determined by the circuit topology and its execution. One of the winners was not much of a surprise since I was already familiar with it: 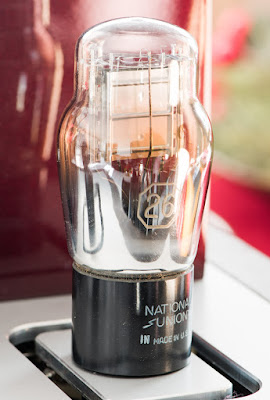 The 26 which I already used in a 26 line stage before. It has a very gentle and smooth sound and applies a touch of 'dark chocolate' or 'caramel' flavour to the sound which can be very pleasing. This description is of course an exaggeration for illustration. The effect is rather subtle. The other tube which came out as a favourite and turned out to be even better than the 26 was the 31. A directly heated battery triode. 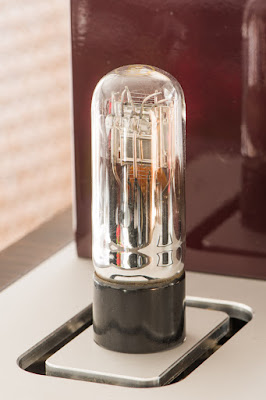 Shown above as UX231 in tubular shape. The 31 offered a very refined and high resolution sound in this set up. A runner ups in this competition were the 71A and 183/483 which also provided a very clean and impressive sound. Also not bad was the 27. It does not exhibit it the certain magic of indirectly heated triode but is very interesting nonetheless. More about this in an upcoming post. 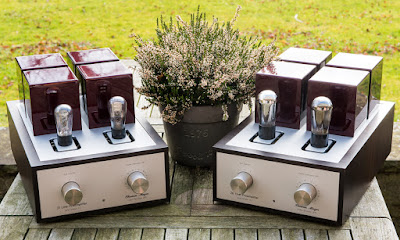 Since the originator of the project could note decide between the 26 and 31, he commissioned two preamps. 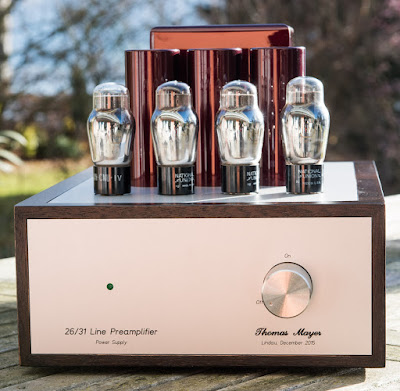 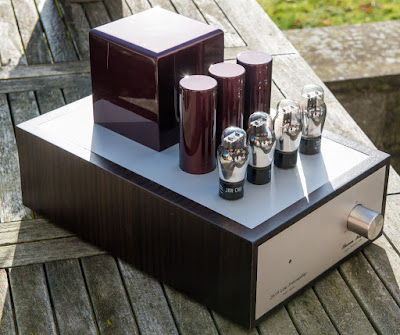 The powert supply uses a full ave bridge with 4 half wave tube rectifiers. But not with 6AX4 TV dampers as usual but this time with a different tube, the 1V. More about this tube in an upcoming post. 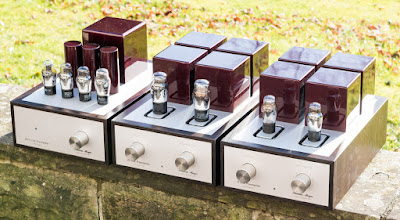 Shown above both preamps with the PSU. The back sides: 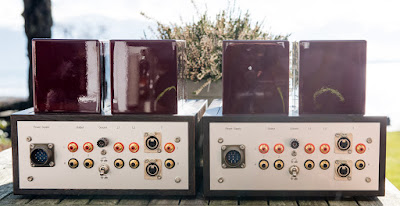 An interesting project which gave some valuable insights. Thanks again to the originator of this. It has been an interesting journey. I'll ask for some sound descriptions from the owner of these preamps for another part of this story. Stay tuned!