The Tale of Two Preamplifiers - Part 1

In the previous post I already mentioned the project which evaluated the sound qualities and usefulness of a variety of tubes in line preamplifiers. Two preamplifiers resulted from this evaluation and I will present them in a few separate posts. 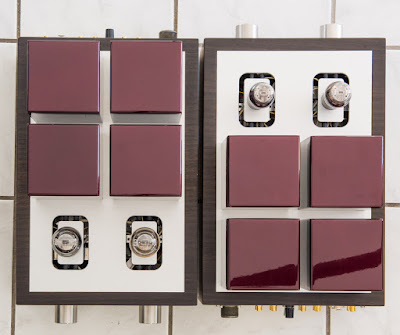 Although I am very fond of the 10Y in line stages, and also as driver tube for DHT power amps, I occasionally get asked for alternatives. Also some people prefer to not use the same tube twice in a system. So if the 10Y is already in use as driver this means to look at some other tubes.

For this project I built a test set up which can operate a variety of directly heated tubes with UX4 base: 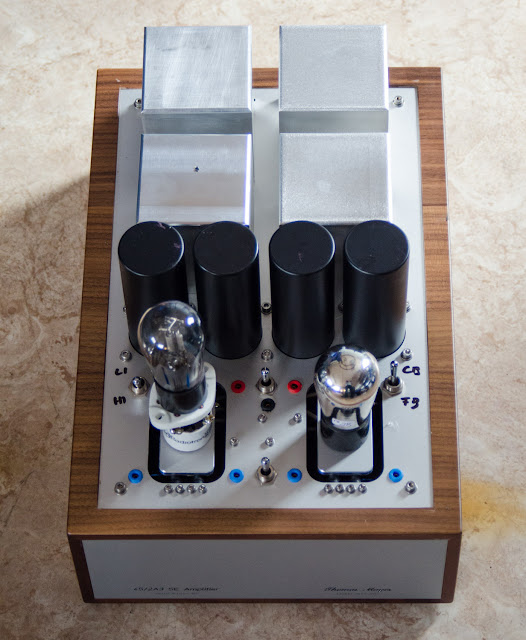 Tubes with other bases can be plugged in via a socket adaptor as seen on the left in the photo above. The test set up has two pairs of different line output transformers, selectable via switch. One is for tubes with lower plate resistance and the other for those with higher rp. The biasing can be switched between conventional cathode bias and filament bias. Different bias resistors can be selected via a set of switches. Filament and plate voltages can be monitored via jacks at the top plate. Plate and filament voltages were taken from an adjustable supply which was shown in a post about a 300B amp. This way suitable operating conditions can be selected for a wide variety of tubes. When used with a passive transformer volume control this set up is a fully functional line preamplifier.

Stay tuned for part 2 in which I will mention all the tubes tested.

Thomas
Posted by VinylSavor at 18:34

Email ThisBlogThis!Share to TwitterShare to FacebookShare to Pinterest
Labels: Preamplifier