From time to time I go through my record collection and pull out some vinyls which I haven't listened to for a long time.  I recently played a record which I bought as teenager. Timewind by Klaus Schulze. 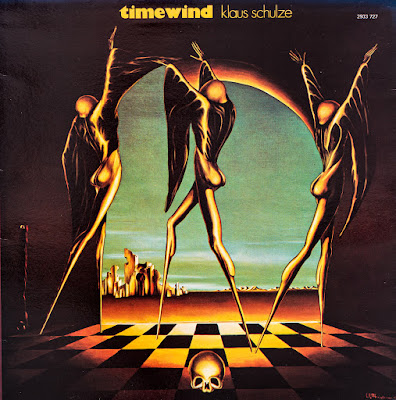 It is interesting how some of those records which one liked as a kid aged very well and still sound fresh and relevant while others don't. 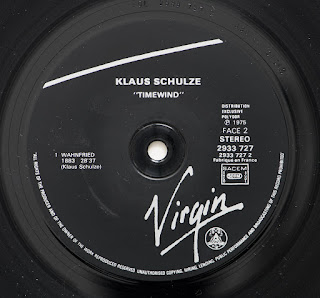 Schulze's timewind definitely is one of the first category. Klaus Schulze was among the pioneers of electronic music and heavily influenced generations after him. He experimented a lot with synthesisers and sequencers. Timewind was released in 1975 on Brain. My particular copy was pressed in France and distributed by Virgin. This was his 5th record and can be considered as his break through. The first track which gave the album it's name is a mesmerising and pulsating flow of the typical analog synth sounds of the 1970ies which gained a lot of popularity again most notably in the revival of the Moog Modular Synthesizers. These analog sounds are still unmatched by digital instruments.
Klaus Schulze was among the creators of the 'Berlin School' style. Nowadays it would be called Ambient. The name Berlin School was given since most musicians who experimented with this were working in West Berlin during that time.

The surrealistic cover art perfectly matches the music which Schulze dedicated to Richard Wagner. Klaus was active and successful over a long time and gave concerts up to 2010. More information can be found on his website. 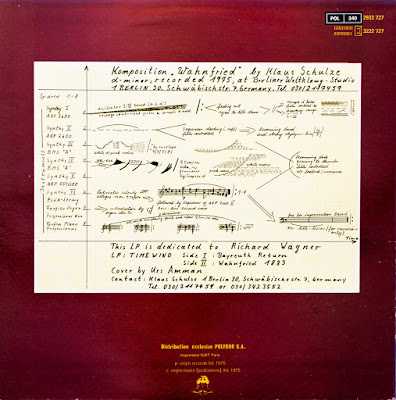 If you are into electronic music and don't have this album get the vinyl and savor it!