News from the ELROG tube factory 3

Time to give some update about whats going on with the ELROG tubes! We had been tremendously busy in the recent months. Many things to take care of. We are working hard to keep up with the demand. 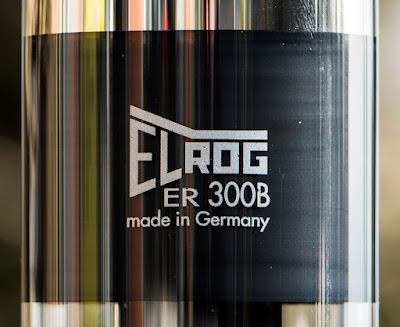 We had been overwhelmed with the interest in the newly announced ER242C. More requests had been received than we plan to make in the first production run. Sorry to all those whom I had to turn down. We will make sure to set up a second production run later this year. The first run will be next month with deliveries expected in March. 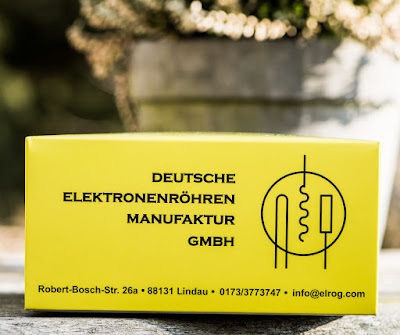 We'd like to thank all customers who put their trust in the newly founded Deutsche Elektronenröhren Manufaktur GmbH. We are happy about the tremendously positive feedback received for the tubes delivered from the new company. We are also very proud about the extremely low failure rate. So far there had been zero returns of 300B tubes produced under the new company. There had been very few 211 and 845 fails which were caused by mechanical defects during shipping and which of course got replaced on warranty. So far the total failure rate is a tremendously low 1-2%. Of course 0% would be ideal. But to be realistic, any technical product can fail and the type of failures we saw were caused by shipping and had been immediately apparent upon receipt. We will work hard to keep the quality up. 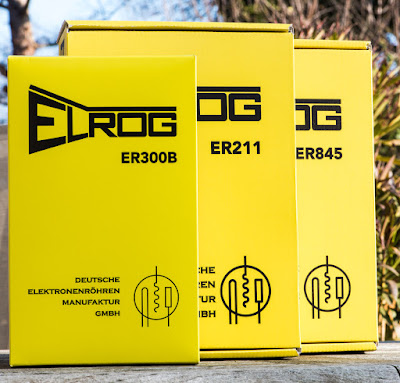 We are very happy to announce a new distributor for ELROG tubes. Amtrans joined the family and will distribute our tubes exclusively in Japan. LiveAcoustics, our distributor for Singapore will also cover Malaysia and plans to set up a shop there as well. Emmanuel Lebreton, who covers China, Hong Kong and Taiwan has been quite active to promote the tubes in his area and is in the process of setting up his website Baoling Audio. And of course George Lenz of TubesUSA.com continues to distribute the tubes in USA and Canada. All other regions and the European Union are covered by us directly.  Send an email or call if you want to order tubes or if you are interested to become distributor for your country. The elrog.com website will also be set up soon and regularly updated with distributor and order information. 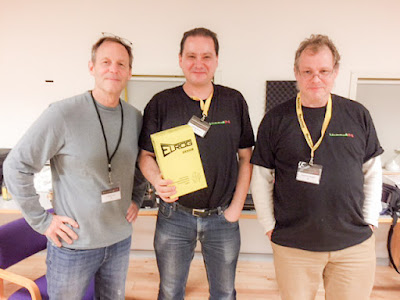 Above a picture to show you some of the faces behind the tubes. George Lenz (left). Matthias Klepper (right) and myself. The photo was taken at the ETF where we also donated a pair of ELROG ER300B for the auction. Anders who auctioned the tubes sent this photo of his amp with the Elrogs installed: 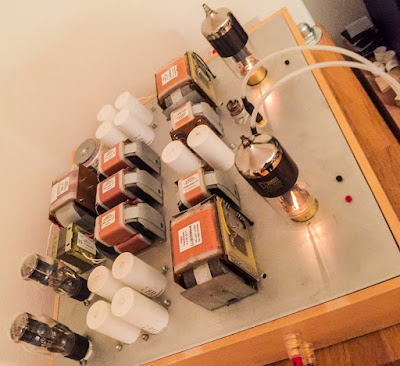 I am getting many questions about new tube developments. Besides the ER242C another new type is in the pipe and we plan to launch it at the High End fair in Munich. 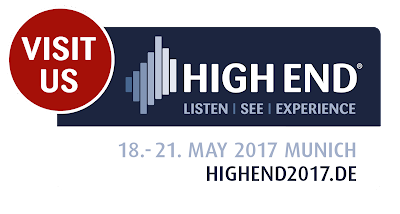 Yes, Deutsche Elektronenröhren Manufaktur GmbH will be exhibiting at the High End fair in Munich. Visit us in room F231e to see and hear the ELROG tubes. In addition ELROG tubes will also play in room F231c in a joint set up with PrimaryControl, Wolf von Langa and VinylSavor.

Looking forward to meet in Munich!