In the last post I showed some 211 amps under test. Here some photos of one of the sets finished. 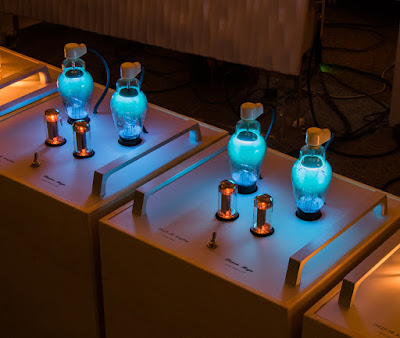 The power supplies use a hybrid rectifier bridge with two 866A and two 6AU4 tubes. Alternatively the 836 vacuum rectifiers can be used instead of the 866s. 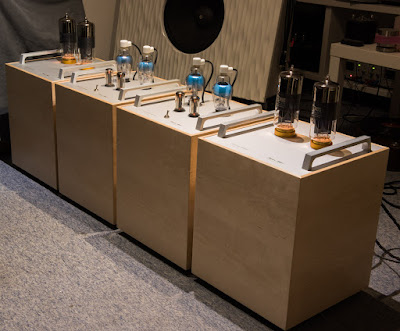 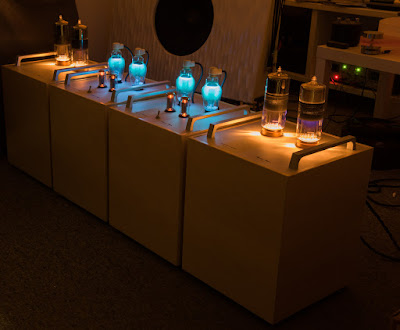 The amps are single ended 211 with another 211 as driver. The tubes used are of course ELROG ER211. 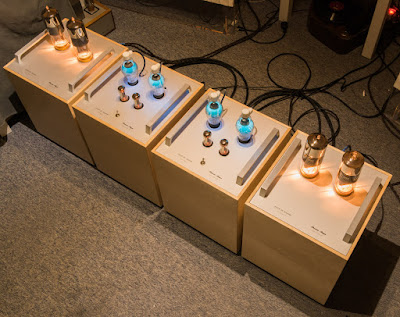 Mercury vapour tubes need to go through some conditioning procedure when they are used for the first time. They need to be preheated without the high voltage applied for about 30 minutes. 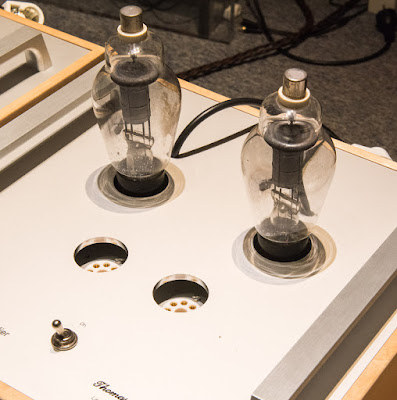 For this the top caps and 6AU4 can simply be removed. 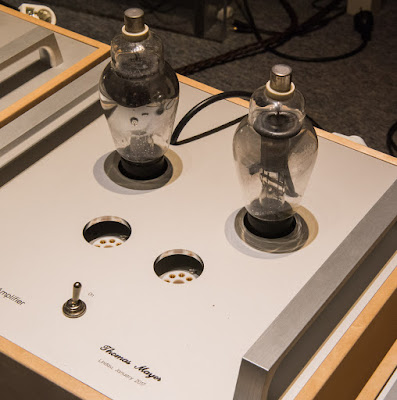 The mercury vaporises and condenses at the glass. 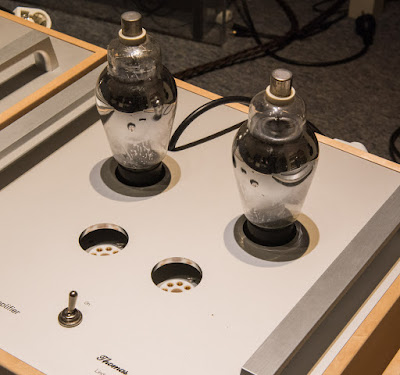 And then settles art the bottom. This procedure ensures that there are no mercury droplets between filament and plate which could potentially creating a short. After this the top caps and 6AU4 get reinstalled and the PSU is ready to be fired up:


As the 6AU4 heat up and start to conduct the current starts to flow and the blue glow comes on. In real life the glow is much more visible as in this clip. Therefor another one with the lights of:


As the B+ builds up the music comes on.

The 866As give an incredible atmosphere. 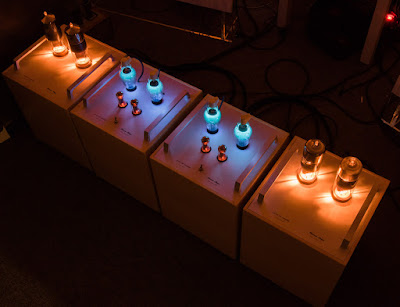 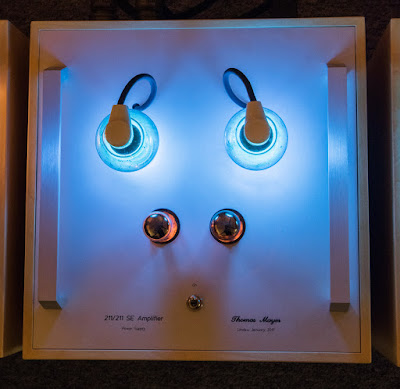 Email ThisBlogThis!Share to TwitterShare to FacebookShare to Pinterest
Labels: 211, 866A, Single Ended Amplifier