Exactly one year ago I announced the founding of Deutsche Elektronenröhren Manufaktur GmbH as the new manufacturer of ELROG tubes. 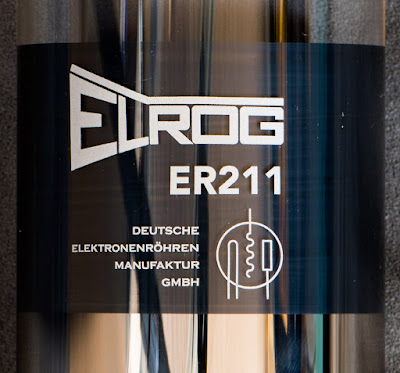 A lot has happened during the first year. Many changes have been implemented in the tubes. Especially the 300B to resolve the reliability issues it had during the time of production under the old Elrog company. I am happy to report that since production is running under the new company we only received one failed tube back from the field, which got replaced on warranty of course. 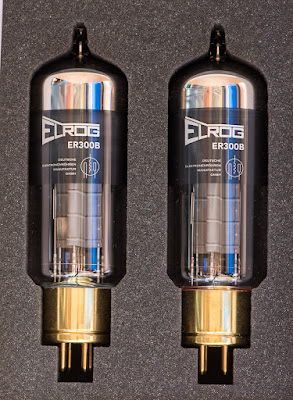 On the photo above a pair of 300Bs of recent manufacture. The printing on the glass has been updated and now also shows the company name. Otherwise construction remains unchanged. 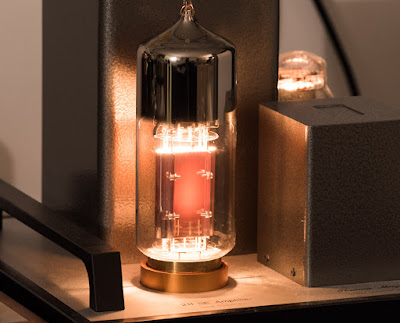 End of last year we announced the first new tube type, the 242, a molybdenum plate version of the 211. Producing the first batches took longer than we anticipated, but the first pairs have been delivered and everybody who put in a pre order will receive his tubes soon. I'd like to thank everybody who pre ordered this tube for the support and patience. Those who wanted to place a pre order but had been asked to wait: We will first fill all existing orders which will take until September. Then we will accept orders for the 242 again. I have been asked if we plan to introduce a similar variant of the 845. Yes this is in the planning and we are producing first prototypes. This tube will be named 284. I will announce availability on the blog, which will probably be around October. 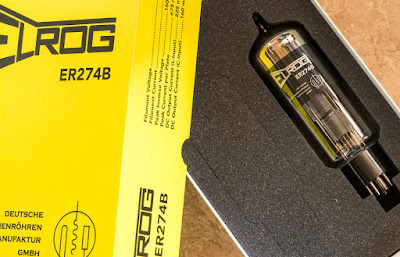 During the High End fair in Munich we launched our first rectifier, the ER274B. Since the ER274A is the same tube with UX4 base instead of Octal base, we decided to make that one as well: 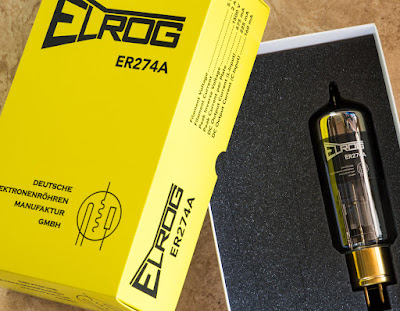 Both the ER274A and ER274B are available and  can be ordered. 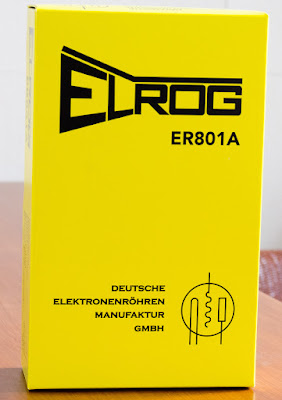 In the last factory update I announced plans to develop ELROG 801A and 50 and opened a crowd funding campaign for this. Although we did not quite reach the anticipated number of pre orders, we decided to go ahead with the development. Thanks to everybody who supports this development with his pre order. Development of the tubes and making of tooling is starting in September and we expect to ship the tubes by end of this year. here a photo of a prototype of the 50 which was already made by the old Elrog company: 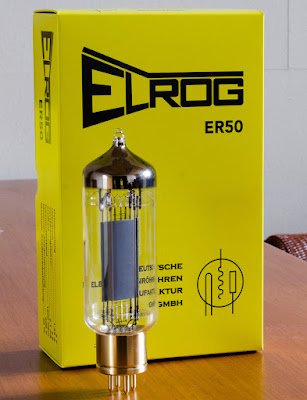 And lastly I'd like to announce that the 211 and 845 are now being made in a new style. 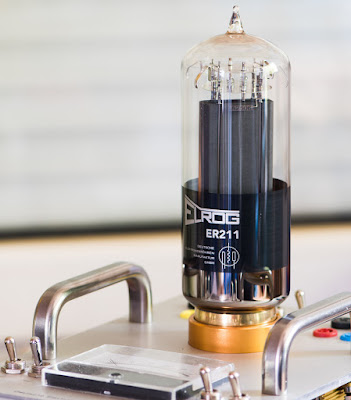 The old style 211 and 845 generated a lot of heat around the base since the electrode system was mounted close to the bottom. There had been good reasons to do that, namely short signal path and rigidity. However some amplifiers have poor ventilation around the bases which could cause heat issues. So we decided to do a redesign and move the internals closer to the top.

This greatly reduces the heat around the base by some 50 degrees Celsius. 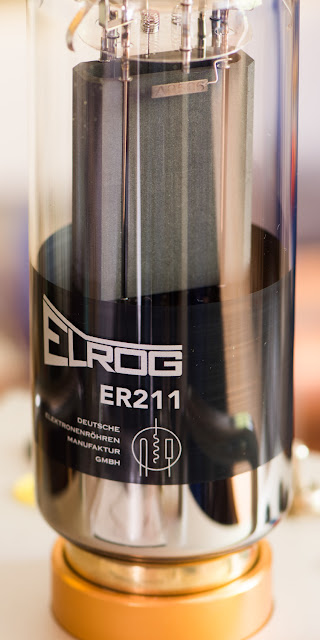 Electrically and sonically we could not detect any difference compared to the old tubes.

Now the glow is much better visible from the top, since the getter is fired around the base. 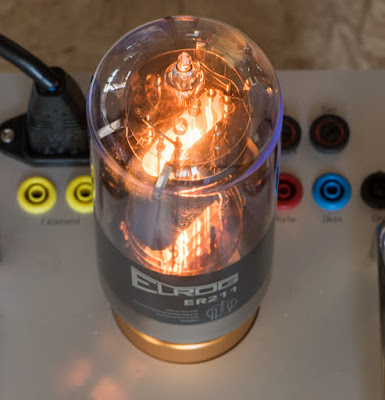 Thanks to all who supported Deutsche Elektronenröhren Manufaktur GmbH. We are looking forward to our second year and the introduction to all the planned new developments.