In the last two articles, I presented some titles from the extreme ends of the spectrum of my music taste. Today I will write about a piece which falls somewhere in the middle. A ballad from The Rolling stones, the song Angie. 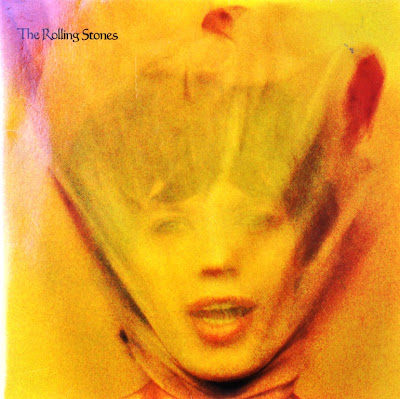 This is a song from the album 'Goats Head Soup'. I have never been a big Stones fan. Sure I liked their music and they are one of the greatest rock bands. From an audio geeks point of view, the recording quality of most of their albums is quite mediocre, but that shouldn't really count anyways, at the end, what matters is the music. 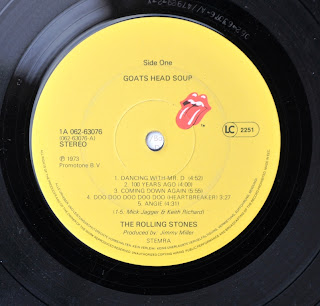 Goats Head Soup is also nothing special in terms of technical recording quality. The vinyl I have is from the seventies, from the era when most records where cheaply made, thin and flimsy. Yet on a good system it is very listenable. Especially the song Angie has some interesting details on the recording. Whenever I listen to a new system or a new component, this is one of the tracks which I like to listen to. The first time I heard this track during a HiFi demo was a long time ago. I was a teenager and wanted to upgrade the speakers of my very first stereo system to something 'serious'. This was one of the pieces which was played and the system reproduced it really well, at least to my standards back then. I bought the speakers. In the years after that, I kept experiementing with different audio systems and followed what the glossy HiFi magazines preached: 'high resolution' with good imaging. This was during the 80ies. Many records were almost unlistenable on these systems, including this one. It was regarded as a sign of the good quality of the stereo, since it clearly showed the flaws of the record. It took me a while until I realized that this was the wrong path. A system should be able to play 99% of your favorite records really well, no matter what their 'technical' qualiry level is. A good system does not show the weaknesses of recordings with a magnifying glass. It should show their strengths.

After I got into vaccum tube amplification and especially DIY, I learned about the correct way of music reproduction. Trying to get the best out of every record, focus on the music, ambience and emotions, not the technical sound. 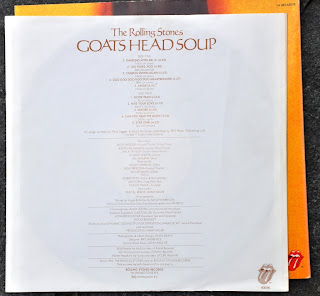 So what is so special about this title, besides that it is a beautiful ballad and passionately performed? The song opens with a guitar play and Jagger's vocals. The rest of the band supporting him in the background. About half way into the song there are some 'background sounds' which are easily overheard. A poor system might not even reveal them. As my systems got better, these got more clearly audible. So what the fuzz about such details? I just wrote that the music is important, not such background details. Well, when you listen closely you will realize that as the band plays on, the other musicians get so much into the mood of this song, that they start to hum und sing along with Jagger. While it might not have been intentional, it is part of the atmosphere and emotions present in the studio, when they recorded this album. Maybe a silly little detail, but I like to pull out this album and enjoy the ambience of this particular situation. It is fun to demo it to friends and see their reaction, when they become aware of it. 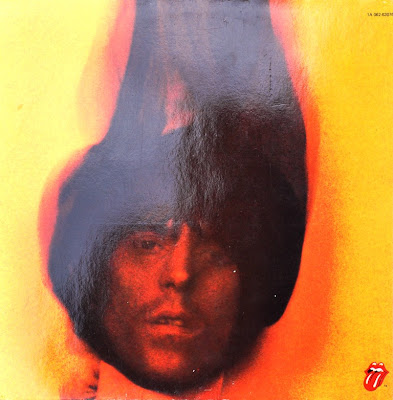 Many records contain such things. Explore your record collection, especially those which you think are nothing special. They might contain some gems. Savor your Vinyl!

Thomas
Posted by VinylSavor at 10:21