I haven't presented a cool link in a while. After I received a delivery of swedish iron a few weeks ago, I got some US made transformers this week. From Dave Slagle's intactaudio. So it is about time that I write about his website. 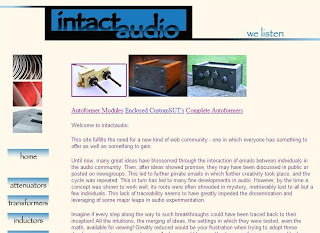 I know Dave from the early days of Sound Practices. We both participated in a discussion forum related to the magazine, the JoeNet. It was not like todays forums but a mailing list. The JoeNet still existsts in it's original form today. Those were really exciting times for tube audio enthusiasts. In Sound Practices and the JoeNet ideas and thoughts about things like directly heated triodes and single ended circuits were shared. Back in the early 90ies this was pretty uncommon in the western world.

Out of that mailing list the idea for a meeting for tube enthusiasts came up which resulted in the NYnoise which was hosted by JC Morrison in New York City. At one of the early NYnoise festivals I met Dave personally the first time. This was 1999.

Back then he was already into magnetics and wound his own stuff. He put a lot of effort and energy into developing transformer volume controls. These efforts resulted in excellent sounding TVCs. More and more people got aware of Dave's work and asked him to wind stuff for him. So some years later he founded the company intact audio.

Since I'm an avid user of all things wound on iron or other metals, especially volume controls, Dave was the natural choice for supplying my needs when I started to go commercial with tube audio. I get all my volume controls from Dave. Most of them are custom made to my specs, but occasionally I use his standard TVCs too. Dave also winds inductances for me for LCR RIAAs and other stuff.

Here is a recent delivery from Dave: 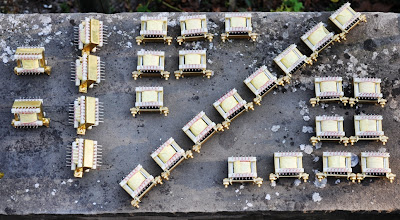 Volume controls on the left side, EQ coils in the diagonal line. These are intended for the variable EQ mono phonostage I wrote about in an earlier post. More about that phonostage soon! On the right are 8 1dB/step volume controls which will be used in a passive line level crossover for fine adjustment of each channel. 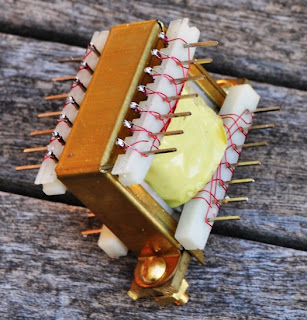 On the left a close up of a 28 step TVC, with 2dB per step. Actually they are correctly called AVC for autoformer volume control. They have a single continous winding with the taps logarithmically spaced for 2dB steps. As you can imagine, these are quite tedious to wire up to a switch. Therefore I developed a solution which is relay controlled on a PCB. This version uses Dave's simpler 14 step AVCs. These are made with custom step size for me. Through alternate switching of input and output 24 2dB steps can be had from a 14 tap AVC. With the correct control scheme for the relais, this can be done with a single 24 position switch. The photo below shows such a volume control PCB: 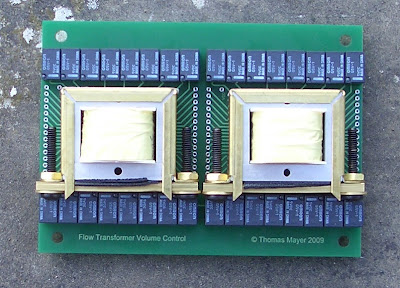 The 14 step AVCs are wound on the same core size as the 28 step version. Pins are only located on one side. Soundwise this solution is very similar to the one with the 'big' AVC. 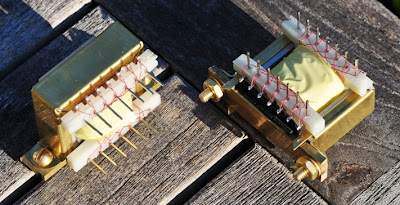 The core material used in the AVCs and coils is nickel. Dave's preferred material. The coils make use of the available pins on the bobbin. These are used to bring out some taps for fine adjustment of the inductance. Very simple and effective. Besides this the inductance can be controlled by simply changing the airgap or by rearranging the way the laminations are stacked. Dave can supply paper pieces of different thicknesses for precise adjustment of the airgap. 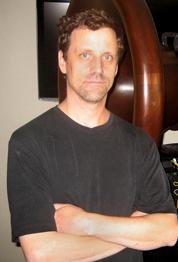 There is also a forum on Dave's site. Here you can ask questions about his stuff, place inquiries for new things and you can also find discussions about a lot of audio stuff. Check it out! Besides this site Dave also runs a blog. See my blog roll on the side bar for HiFi heroine. There you will find posts about various stuff, not only related to tubes or transformers, there is also the occasional hilarious post just about anything.
It is great to have Dave as a reliable source for my special needs for anything which needs wire to be wound on exotic materials in a special way. I also consider him as a good friend. The photo on the right shows the man himself. Keep up the great work Dave!

Thomas
Posted by VinylSavor at 18:29