If you have read some of my older posts about music, it will be no surprise that I like Ella Fitzgerald. She did many records and pretty much all of them are very good. This one is my favourite: Ella Fitzgerald sings songs from the soundtrack of Let No Man Write My Epitaph. 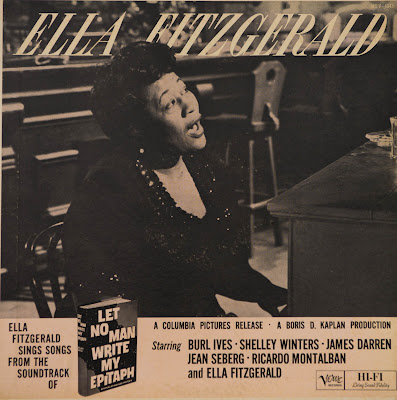 This album was recorded in April 1960 and released under the Verve label. This is a great collection of songs. She is accompanied by a piano, played by Paul Smith. Pretty much all of the songs are slow ballads. This album was recorded in a similar quality as other Verve albums of that period. The voice is extremely colourful with lots of timbre. Especially the vibrato in Ella's voice is beautifully preserved. The high end of the frequency spectrum lacks a bit, but that is quickly forgotten when you are lost in that beautiful voice. 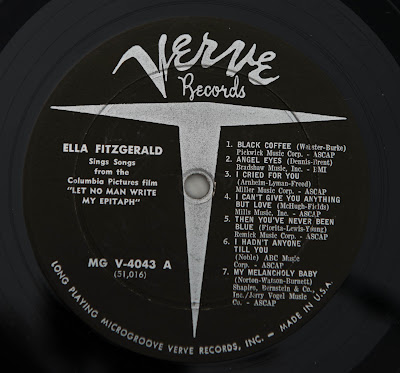 The best song on the album: 'Black Coffee' The first song on side one. 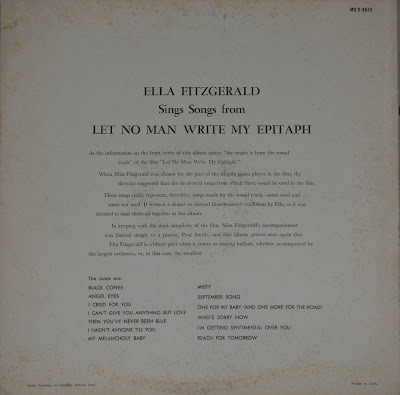 If you are looking for lot's of tone and colour like me, get this album on vinyl and savor it!