In this article I will show the initial construction steps of single ended 45 mono amplifiers which I was requested to build. The amplifiers will have a directly heated driver stage which can be configured to use either another 45 or a 10Y. 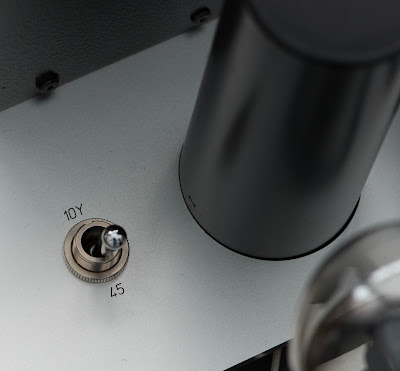 These monos are meant to be used with the D3a phono stage which I introduced in the previous article. They will share the same chassis concept. This is the top plate which carries the tubes, capacitors and transformers (Tango XE20A output and NC20F interstage): 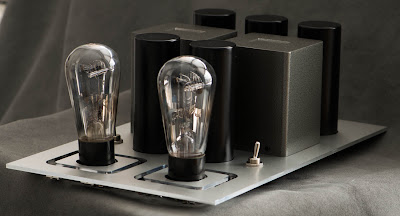 The tube on the left is the driver tube which can be configured for either 45 or 10Y by the switch behind it. The switch changes the cathode resistance and adds a dropping resistor into the filament feed to adjust the voltage. 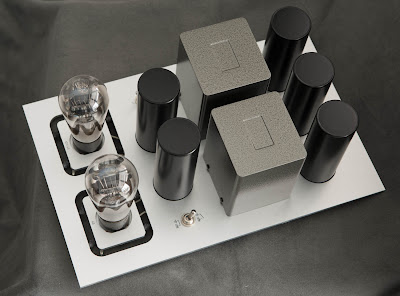 The switch behind the output tube on the right is a ground lift switch. 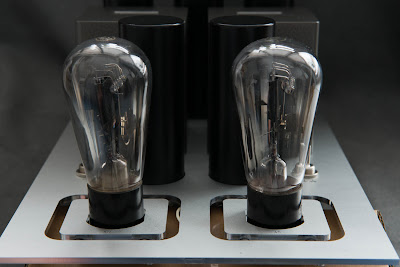 The signal wiring and grounding arrangement: 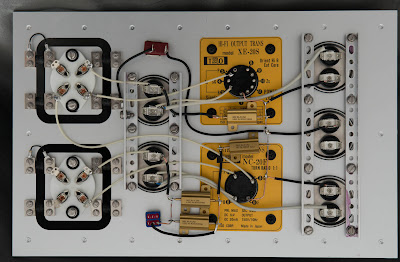 The remaining parts are mounted on sub modules which will be placed inside the chassis: 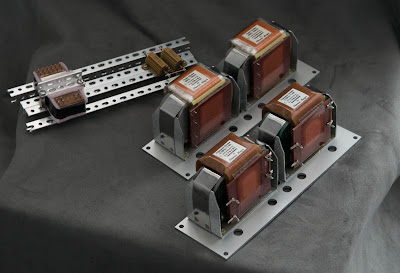 The one on the left carries the input transformer which is needed to bring the input sensitivity of the amplifier to a sensible level. This is necessary since the driver tubes have very low gain. The amps will be used with a 10Y line stage which has sufficiently low output impedance to drive these transformers. Both tubes are heated by DC, passively filtered by separate LCL chains. Both stages will have their own decoupling chokes for B+.

The front and back plate: 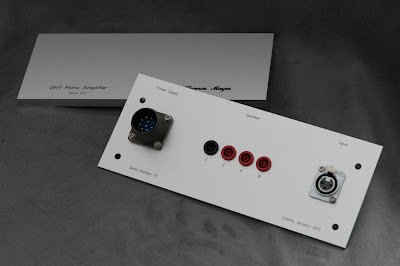 The power supply shares the same style as the PSU of the D3a LCR phono: 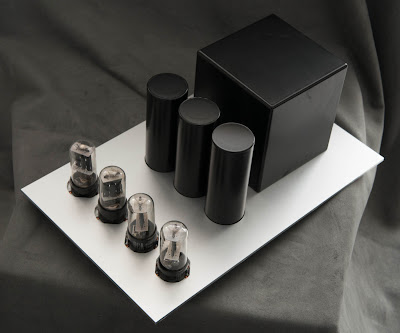 Separate heater transformers for each tube, the first coils of the filament LCL chain and the B+ smoothing chokes will be placed inside: 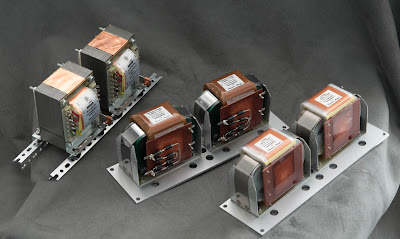 The front and back plates of the PSU: 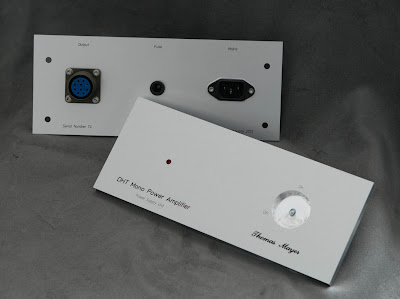 Stay tuned for an update as these amps get finished

Thomas
Posted by VinylSavor at 16:10