After the series of posts about the humongous and expensive to build 'Tours Sans Fin' 211/211 amplifiers, here some photos of a more reasonably sized (and far less expensive) amplifier using the beautiful 45 as output triode. 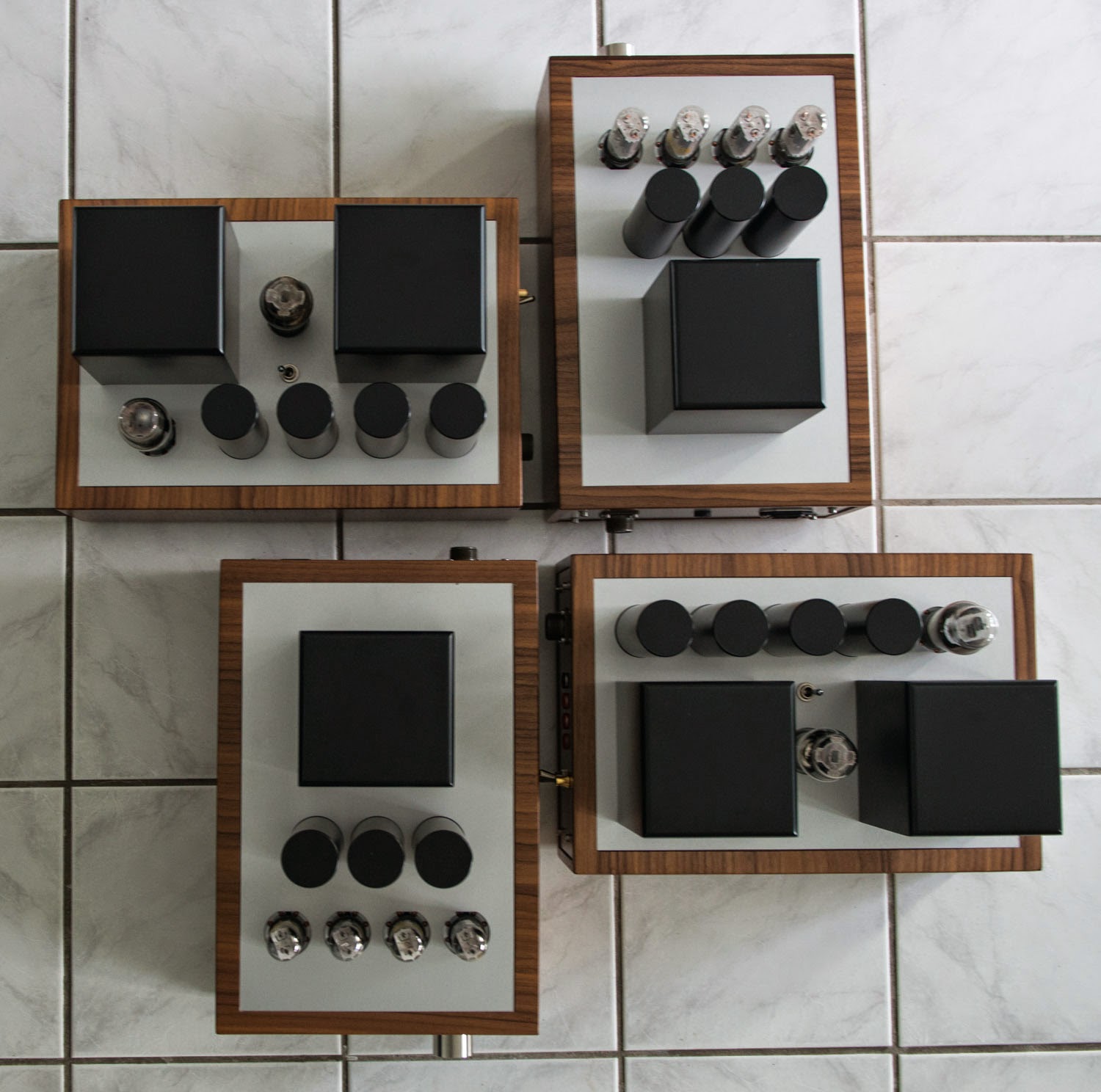 Although they share the same mono design with external power supplies and chassis style as the over the top all silver transformer 'pure 45 bliss' amps, they use a simpler circuit and lower priced parts. 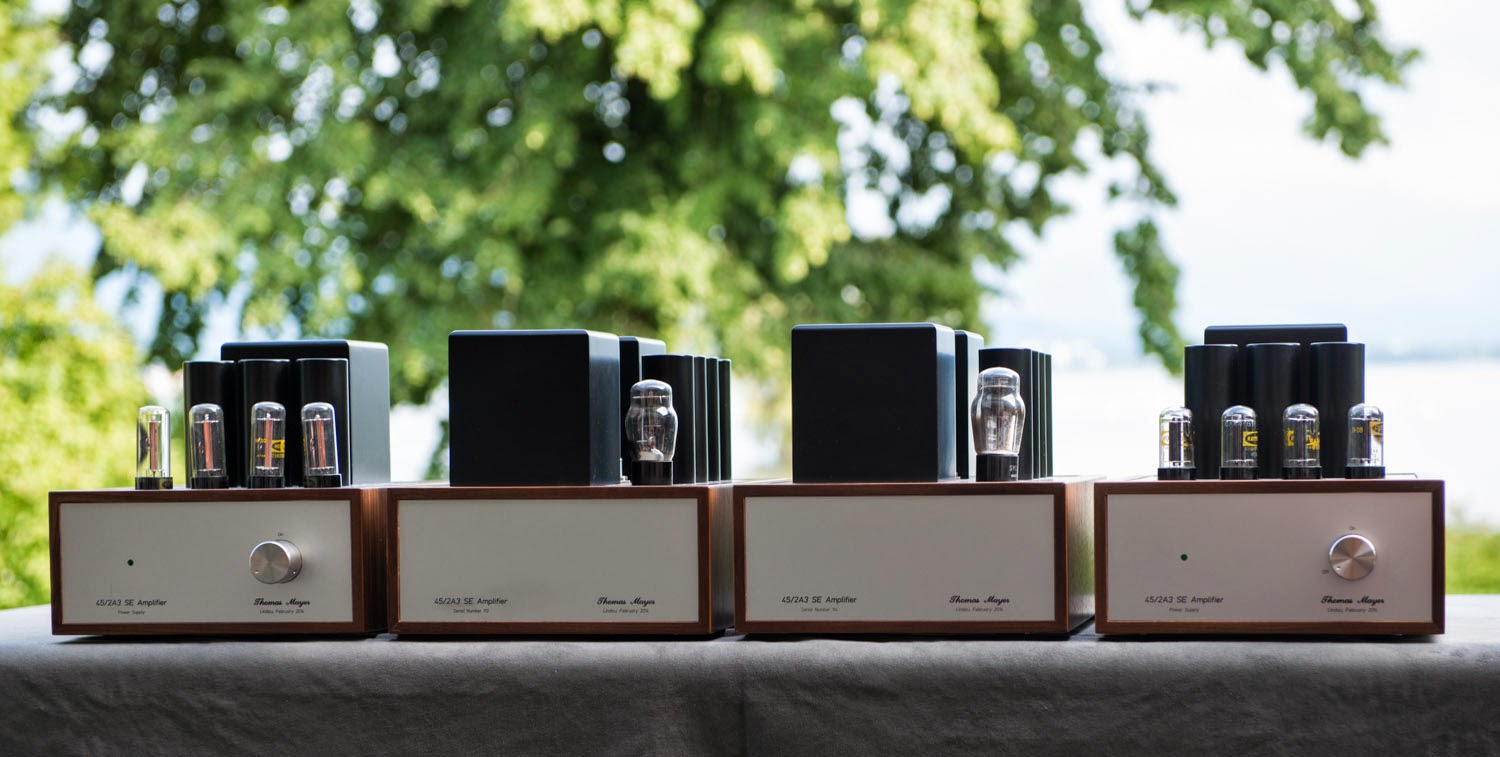 The circuit is basically the same as that of the 46 amplifier which I showed in the single ended amplifier concept series quite a while ago. The changes are obviously the mono design and the use of the 6A6 as driver tubes instead of the 6N7. Electrically these two tubes are interchangeable, they only have different bases. 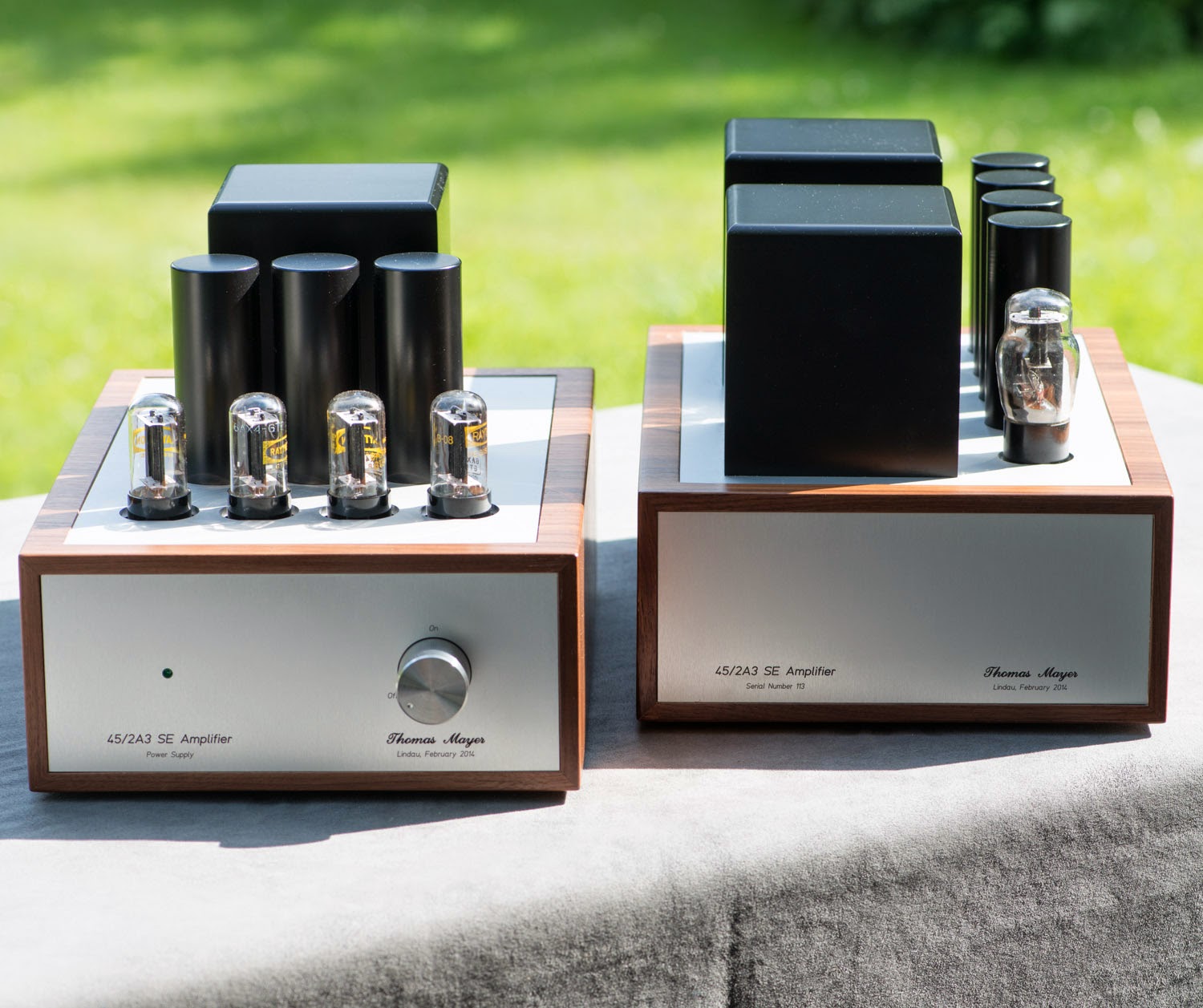 A full wave bridge rectification is used in the power supplies instead of a full wave center tapped scheme. 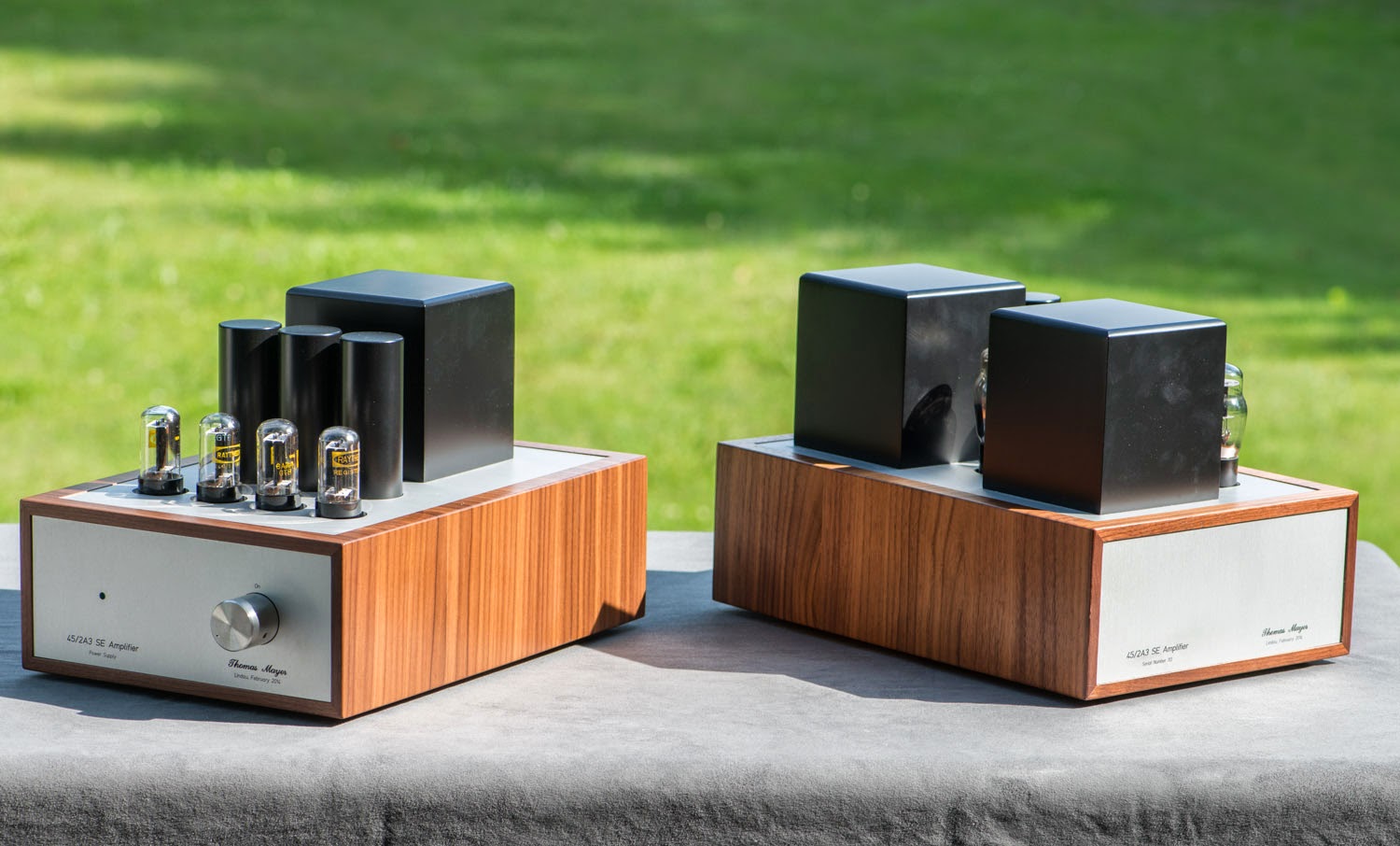 Due to the available room in the mono chassis and power supplies a separate filament transformer has been used for the heating of the 45s. Also DC is used using my usual LCL approach for the filaments instead of AC. While AC is fine with most speakers, ultra sensitive speakers benefit from the use of DC filaments for absolute absence of hum. Sonically I even prefer DC supplies if they are implemented properly.

Hashimoto interstage and output transformers are hidden under the transformer covers on the amplifier chassis. 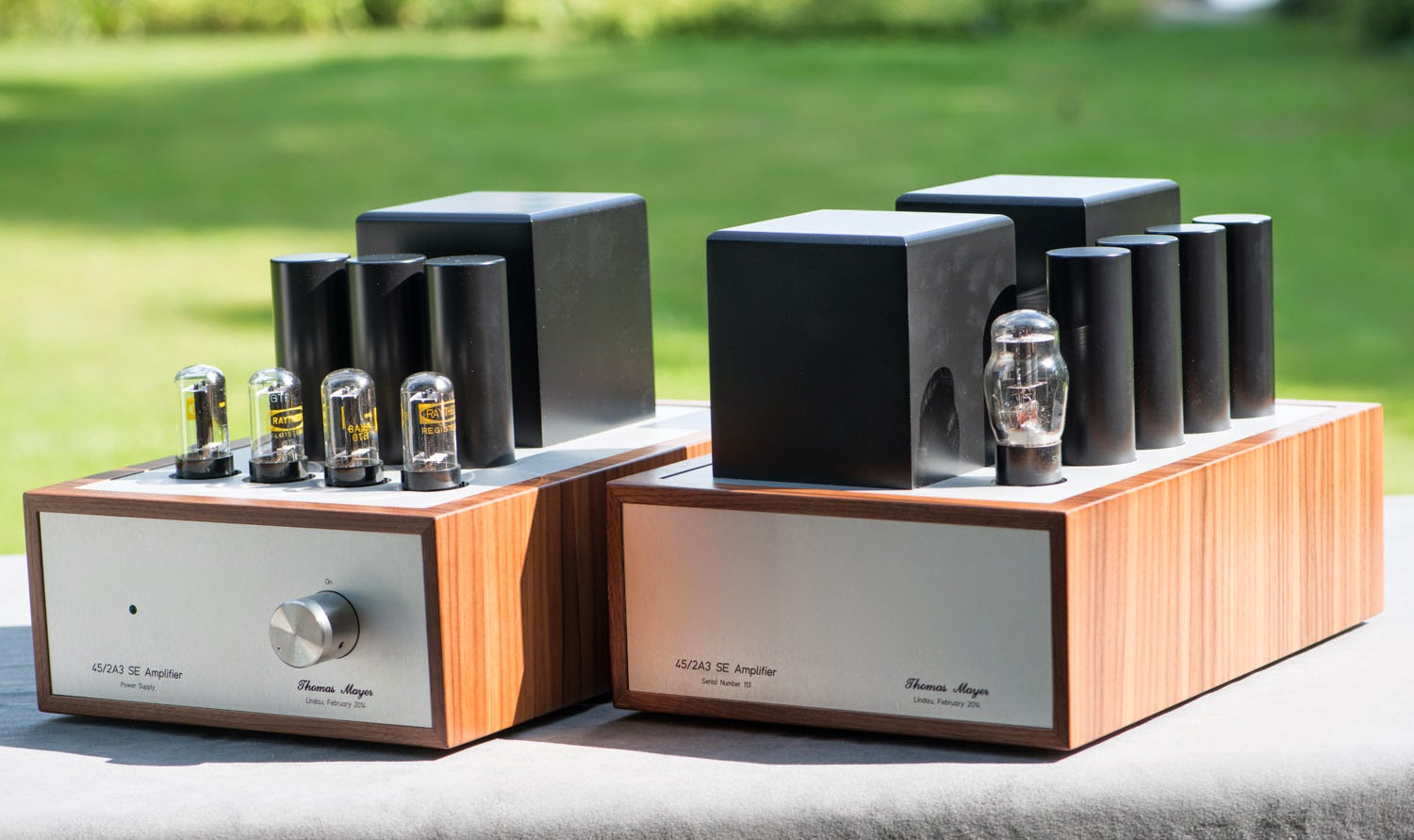 These amps show all he beauty in sound the 45 is capable of. With the use of the 6A6 as driver no input transformer is needed to get sufficient sensitivity and the amplifiers are easier on the preamp. They have a high input impedance wich allows the use of pretty much any preamplifier. 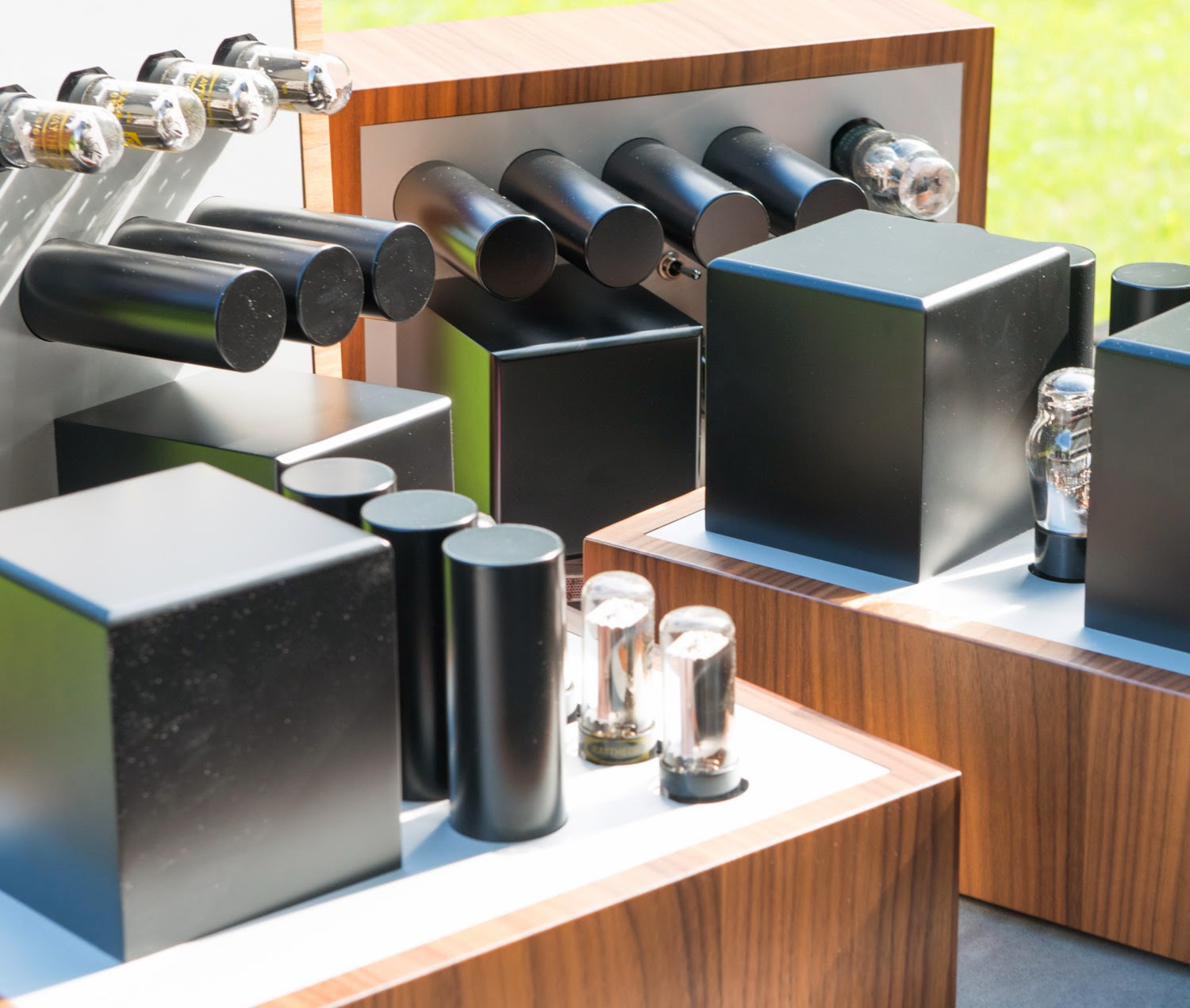 Email ThisBlogThis!Share to TwitterShare to FacebookShare to Pinterest
Labels: 45, 6A6, Single Ended Amplifier