The Sound of the Tube

Due to popular demand I will describe my sound impressions of the various tube combinations in the recently shown amp which is configurable. 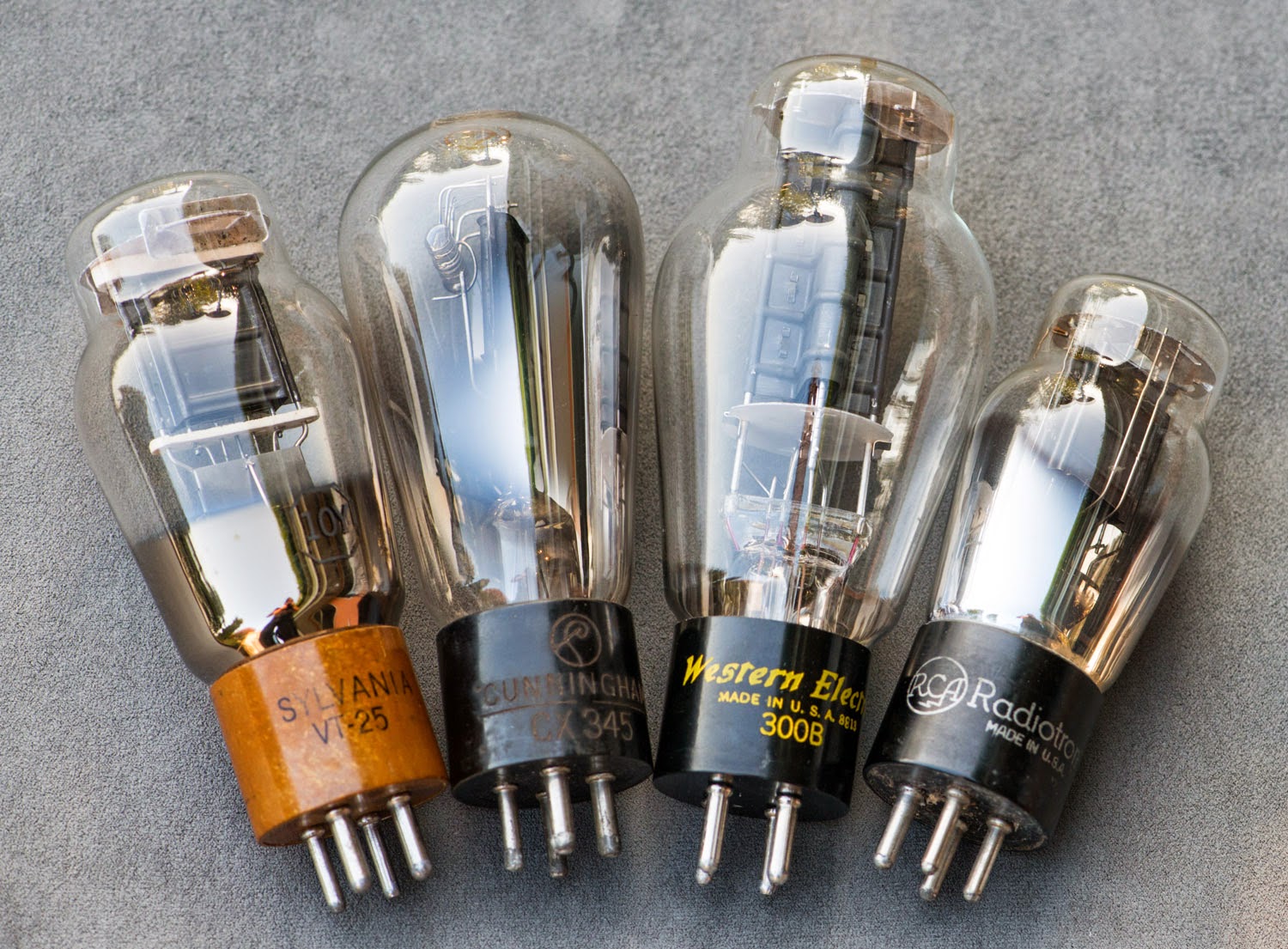 Before I get to the sound descriptions I'd like to write a bit about this topic in general to put my findings into perspective. In one of my 'How Does it Sound' posts I already wrote that I think there is way too much focus on the output tube of an amplifier. There is a belief in the audio community that the output tube largely determines the sound of an amplifier. There are even certain sound characteristics associated with tube types. Everybody I know who develops and builds amplifiers himself had the experience how vastly different the same tube can sound in different amps.

While there certainly are sound differences between tube types and even between different variants of the same tube, the overall sound characteristic of an amplifier is much more influenced by the circuit topology, power supply design and overall quality of the parts used. Also the driver stage and driver tube have a big influence, in some cases this can even impact the sound more than the output tube. Although it is not really feasible to quantify this, I would say the output tube maybe has 10% - 15% influence on the overall sound of an amplifier.

Then there is the interaction between amplifier and speaker. Different tubes have different plate resistances which can result in different output impedances of the amp, even if the amp has some means of adaptability, this may or may not impact the sound result, depending on how sensitive the speaker reacts to this. Also keep in mind different tubes have different amplification factors. So part of the result can be due to the fact that the driver has to provide more drive voltage for an output tube and thus contributes more to the overall distortion characteristic of the amp.

And lastly sound impressions are very subjective and system dependant. I learned that different people with the same amplifier develop different tube preferences.

So here are my personal subjective findings. These are valid for my taste and in this particular amp playing in my system. 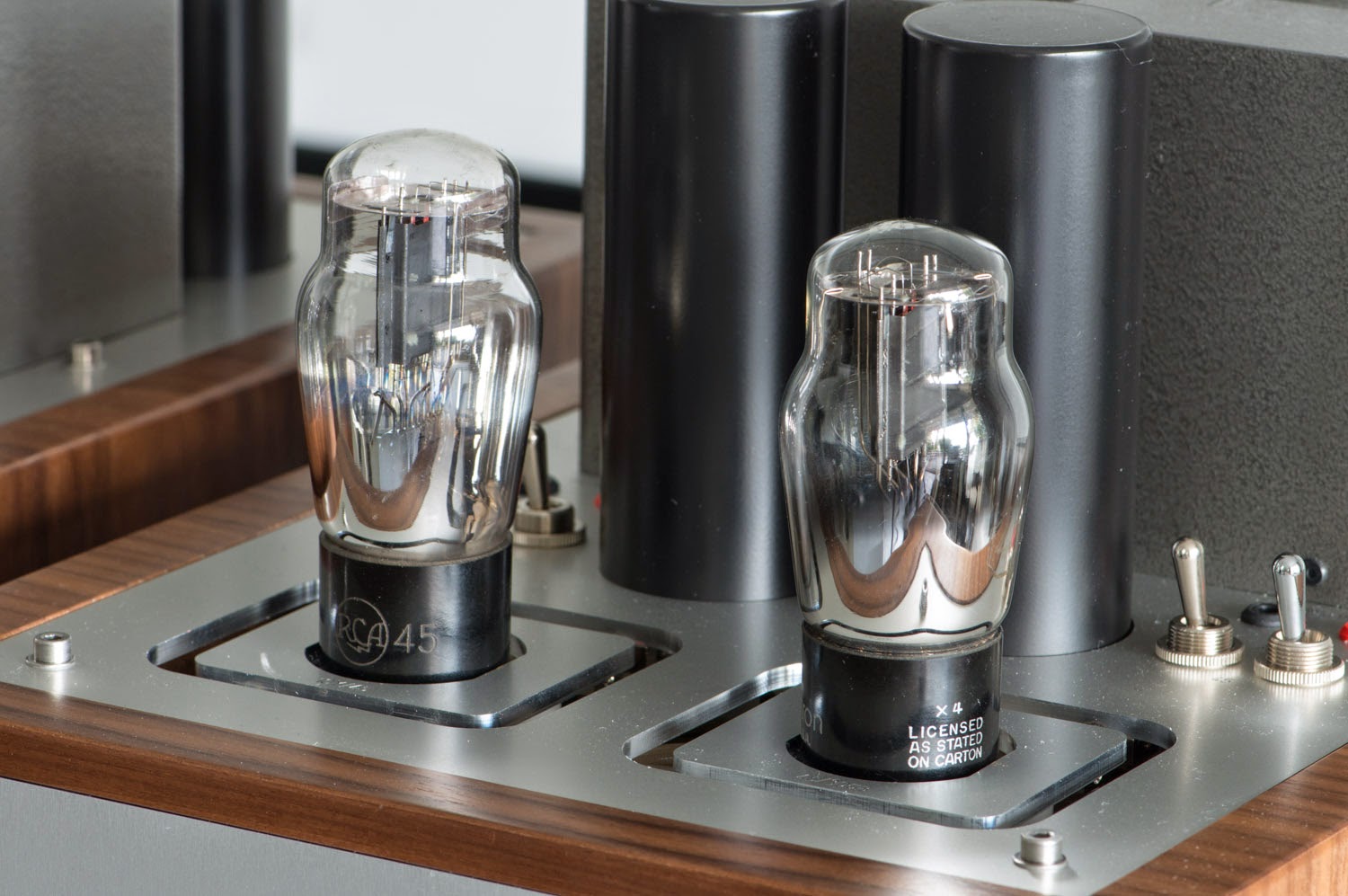 45 drives 45: 'Pure 45 Bliss'. Ultimate tone and musicality. Very relaxing sound. A bit forgiving which can be of advantage for certain records. Best are globe tubes which provide the smoothest sound of all, yet reveal a lot of detail. Globe 45s excel in reproduction of voices. 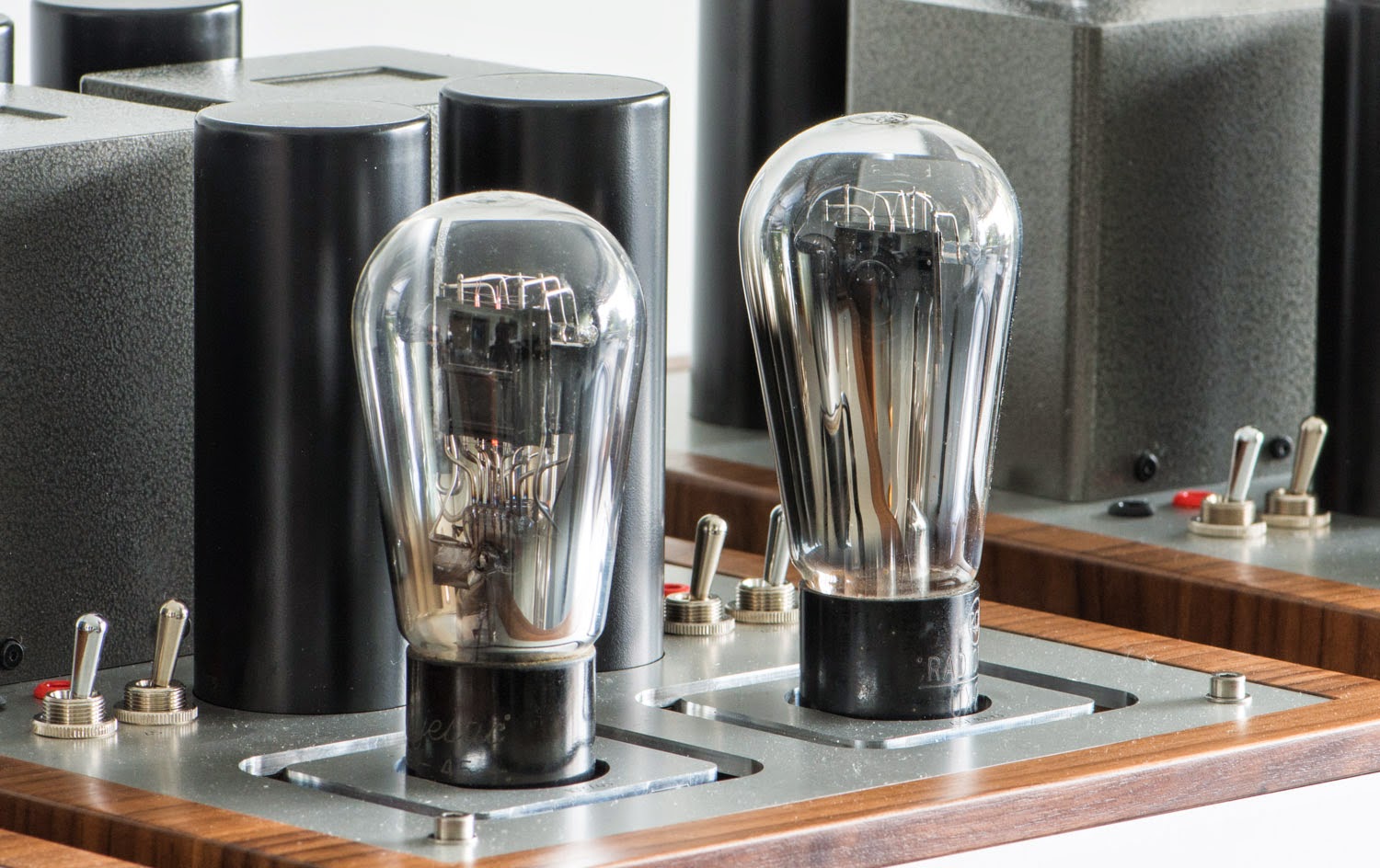 10Y drives 45: Keeps the tone and musicality of the 45 combined with the ultimate resolution of the 10Y. Very neutral and transparent. Well defined and deep bass. Probably the truest combination, but it is easy to fall for the tone of the '45 squared'. The 10Y driver has more gain than the 45 which gives a better input sensitivity. 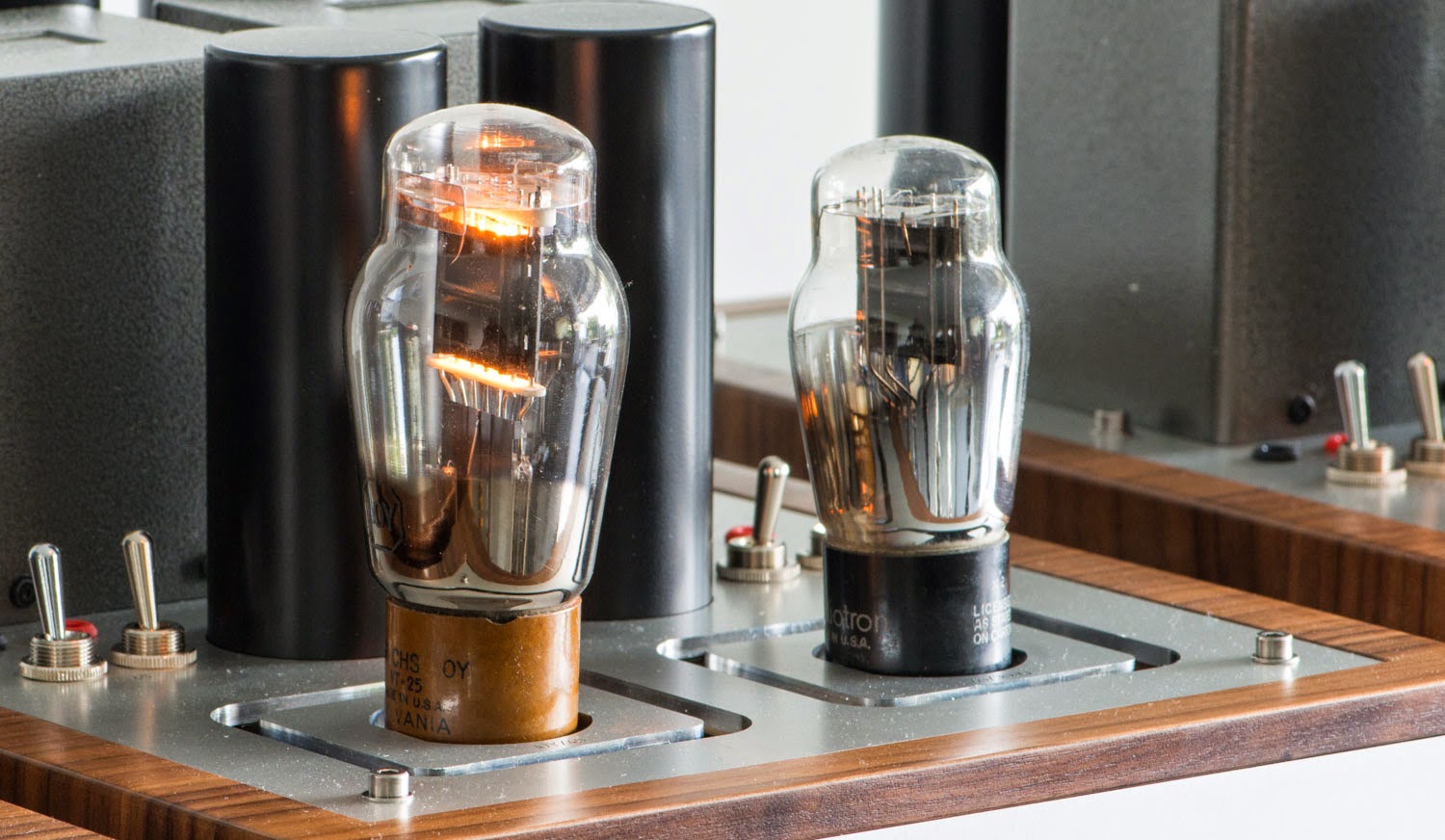 10Y drives 300B: In my opinion the 10Y is the best driver for the 300B and is able to drive it to it's full capabilities. Very transparent, very neutral. Similar qualities as the 10Y/45 combination but with more power. Subjectively more bass but with slightly less definition than the 45. Beautiful voices, but maybe some tendency to exaggerate voices a bit. If the power of the 45 is sufficient, it would be my preferred choice. 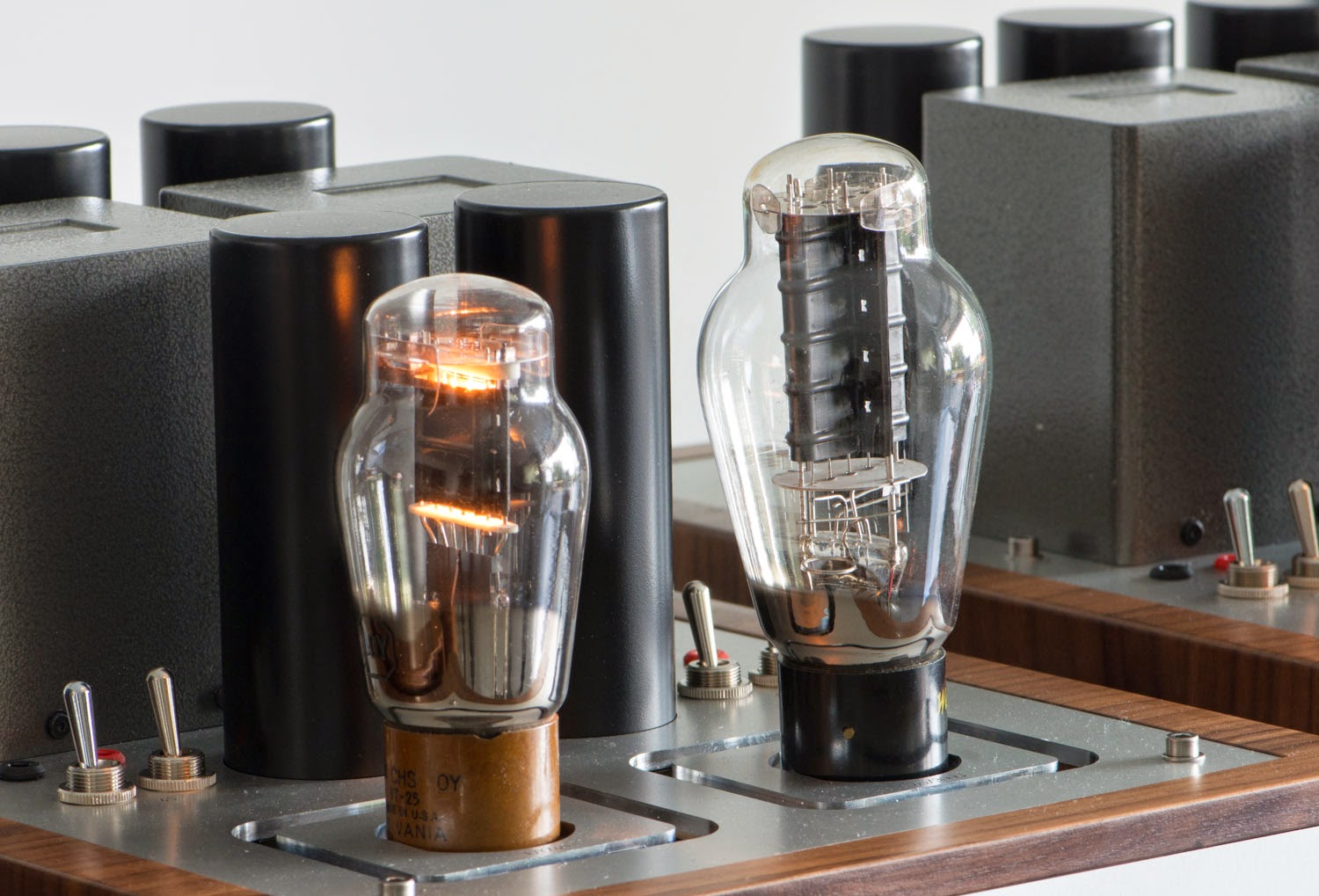 45 drives 300B: Even more forgiving than 45/45. 'Vintage' character. Rounded off edges. Very smooth, even a bit too smooth to my taste. Less resolution. Weaker bass than with the 10Y driver. My least favourable choice of the 4 combinations. But it can be just the right combination for certain tastes or systems. This combination has the least headroom in the driver. headroom is one of my most important design aspects, these listening results proved that again for me. 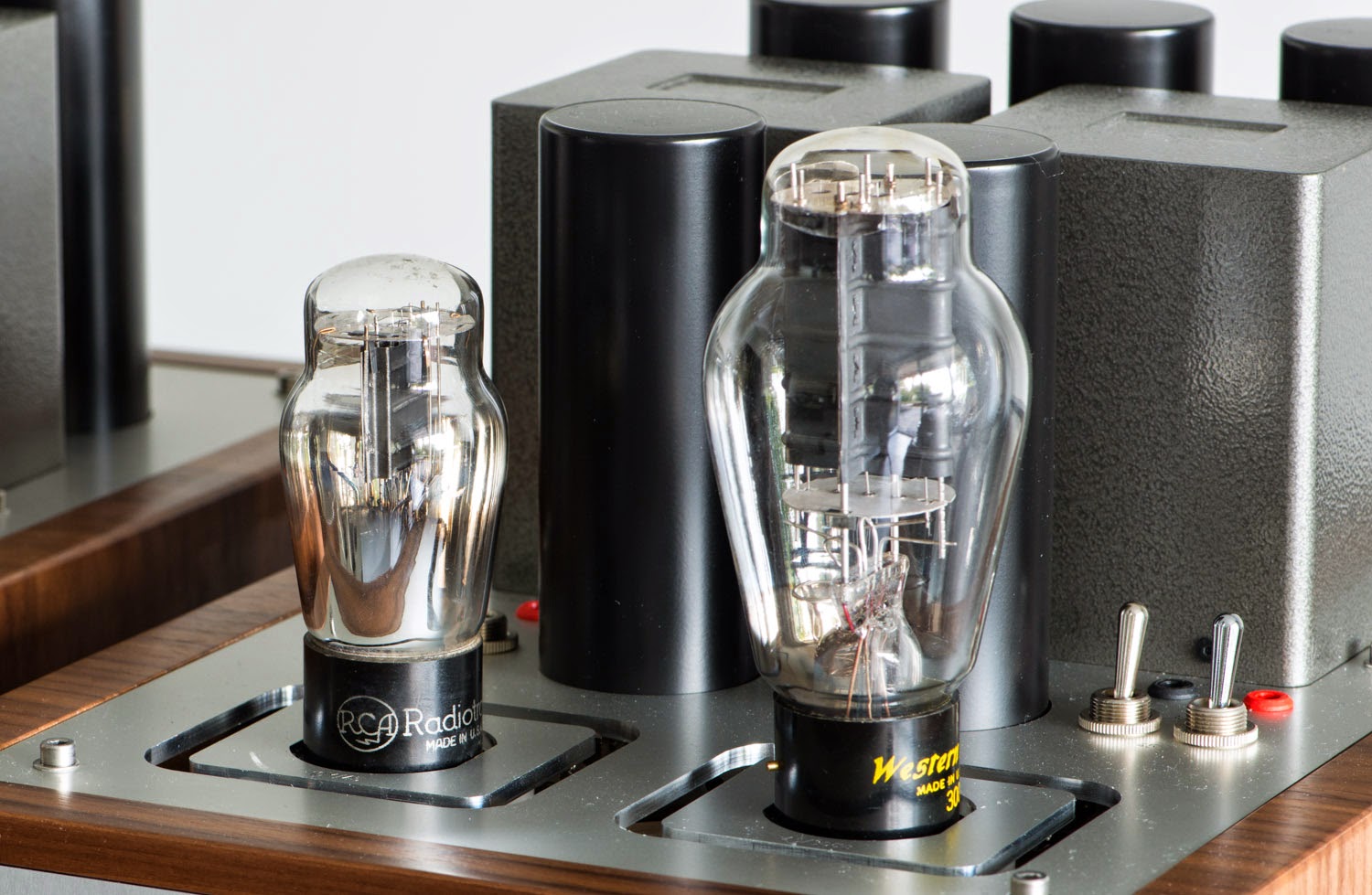 The comparisons above have been done with NOS tubes. RCA ST45s and Cunningham globe CX-345. Sylvania 10Y/VT25. The 300Bs were Western Electric 1980ies production. More about different 300Bs when the Elrog tubes arrive. The 45s were used with 5k load and the 300B with 3.5k. 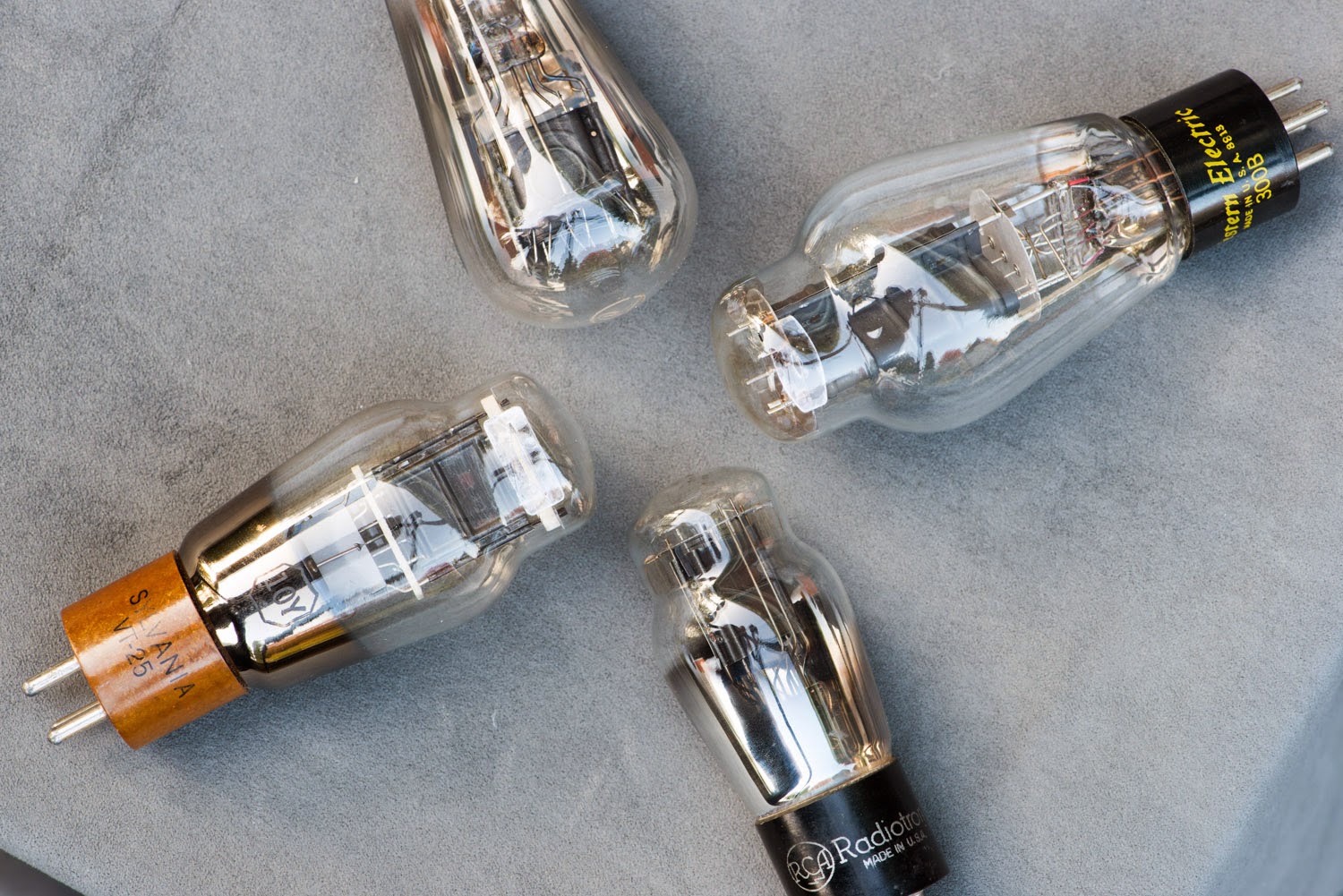 Wow, I can't believe that I gave in and actually wrote such sound descriptions. Please take it with a grain of salt. Let your own ears be the judge and use what you like best, no matter what others say or write. Actually when I re-read my descriptions, they appear exaggerated. The basic sound character of the amplifiers was apparent and dominating with all these combinations.

Thomas
Posted by VinylSavor at 18:17

Email ThisBlogThis!Share to TwitterShare to FacebookShare to Pinterest
Labels: 10Y, 300B, 45