Last year I showed a 45 amplifier with a driver stage which could accept either another 45 or a 10Y. The owner of the amps requested them to be modified so they can also use the 300B as output tube. 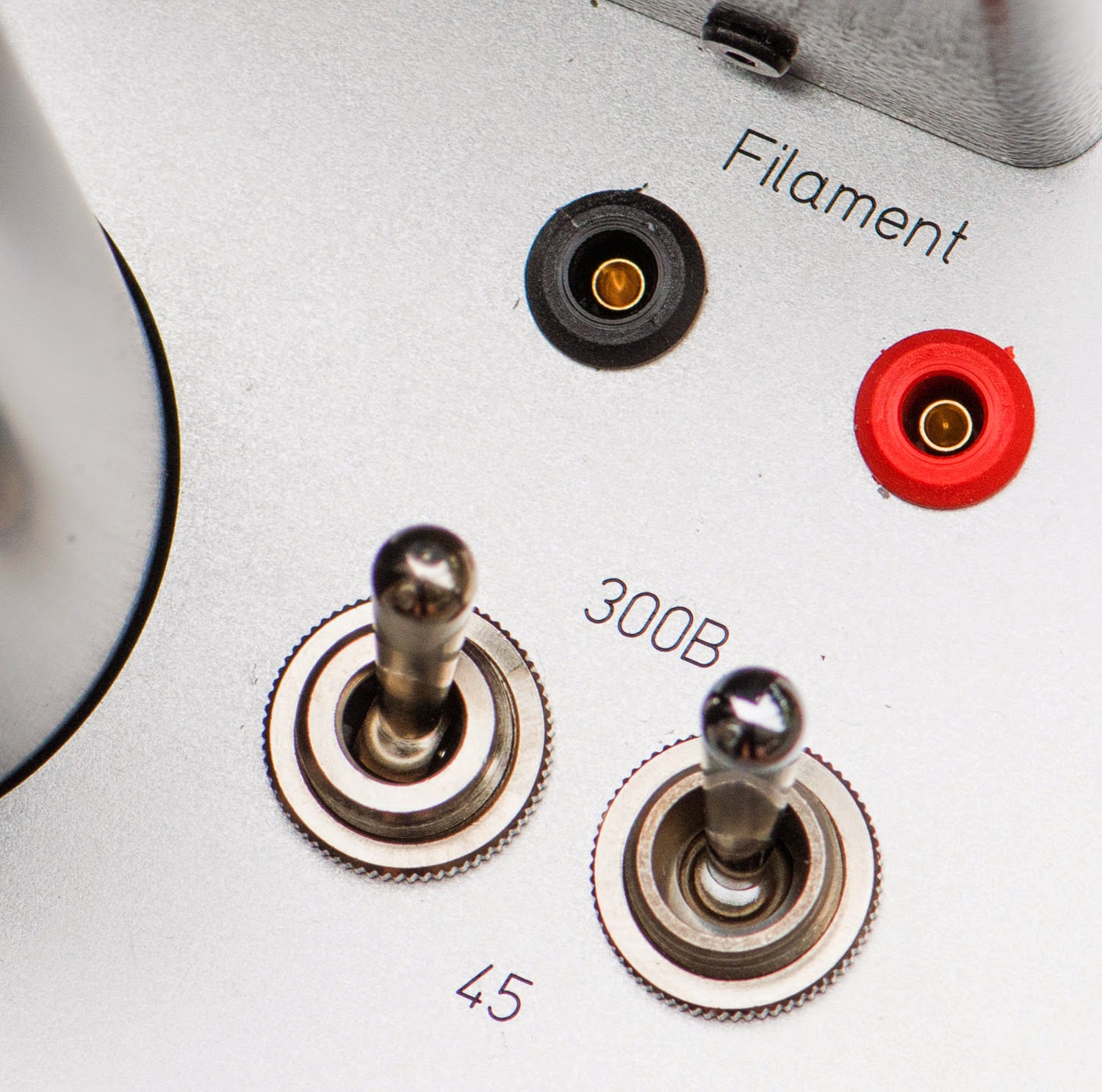 It is relatively simple to make an amplifier such that it can accept either a 45 or 2A3 output tube as was done in this amp. The 45 and 2A3 use similar operating voltages. While the 300B could be run at a low operating point using the same voltage as the 45, this would not use it's full potential. So a more elaborate switching scheme is necessary to set the amp correctly for either tube, hence two switches. To easily monitor filament voltage, two measurement jacks were added as well. The switchability of the driver stage was kept. 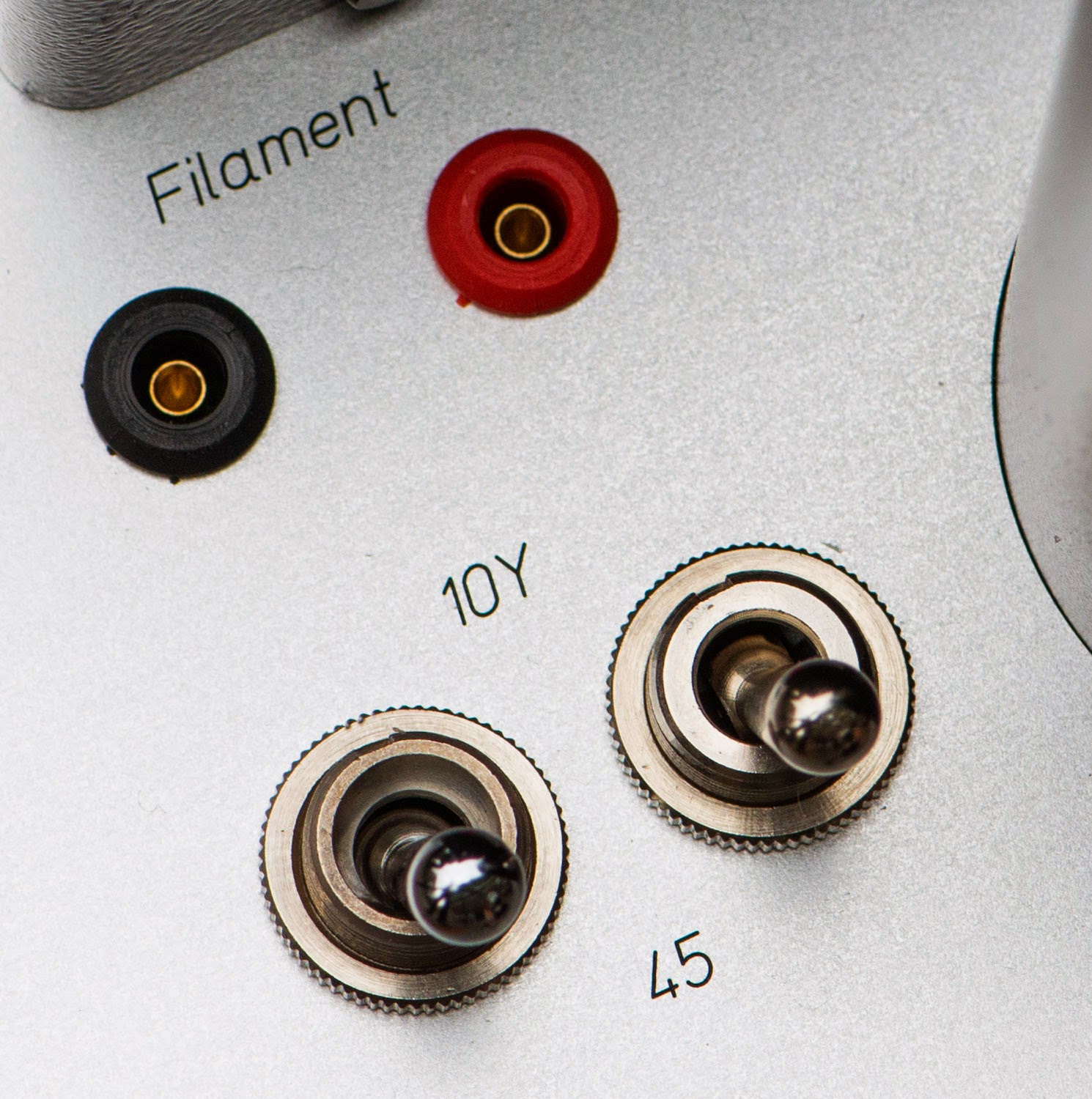 Filament measurement jacks were added for the driver as well. The power supply also received a switch to set the different supply voltages:

And finally for covering to all kinds of situations, a set of switch was added to the back for adjustment of filament voltages over a wide range. This allows to adjust the filaments by accessing different taps of the filament transformer, in case some tubes are used with filament specs that do not match the originals. There are cases of new production tubes which draw much higher filament current. The filament voltages are DC for driver and output tubes for hum free operation. 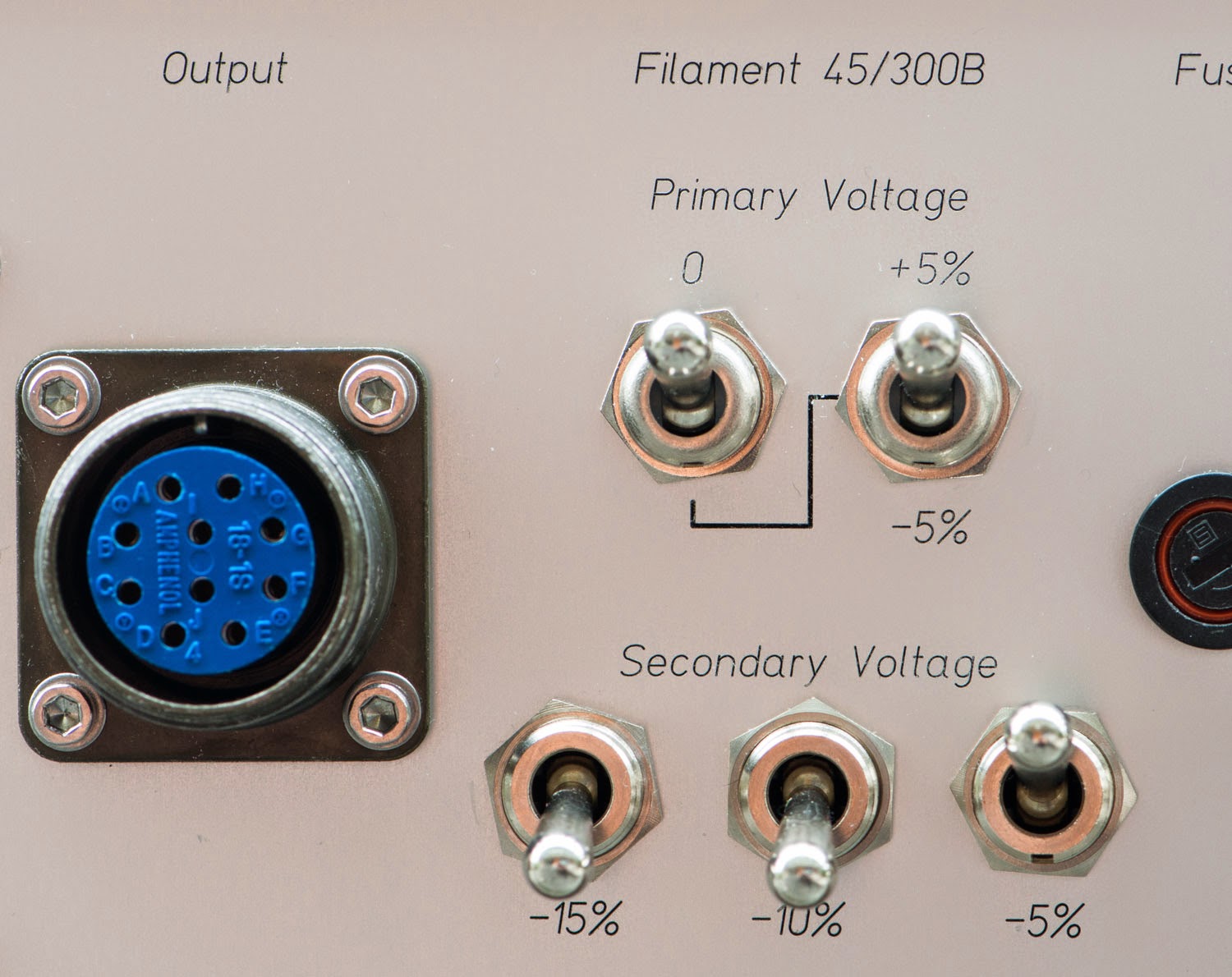 The complete set of mono blocks with their power supplies, here equipped with ceramic base 801 in the driver sockets and Electro Harmonix 300B output tubes.

These amplifiers allow a variety of combinations. A tube rollers dream. Here one of my favourites, 10Y drives 300B, in this case an old production Western Electric: 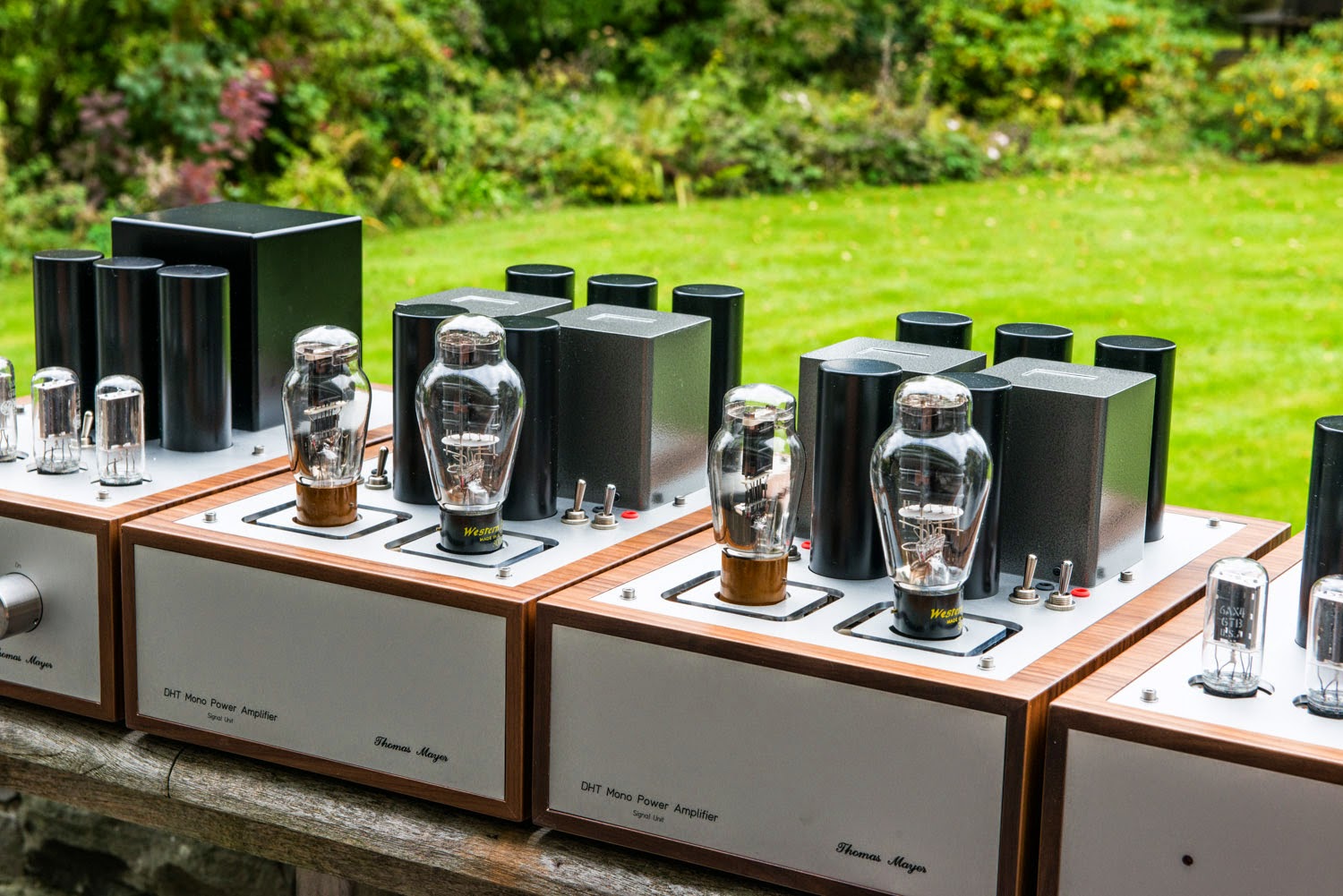 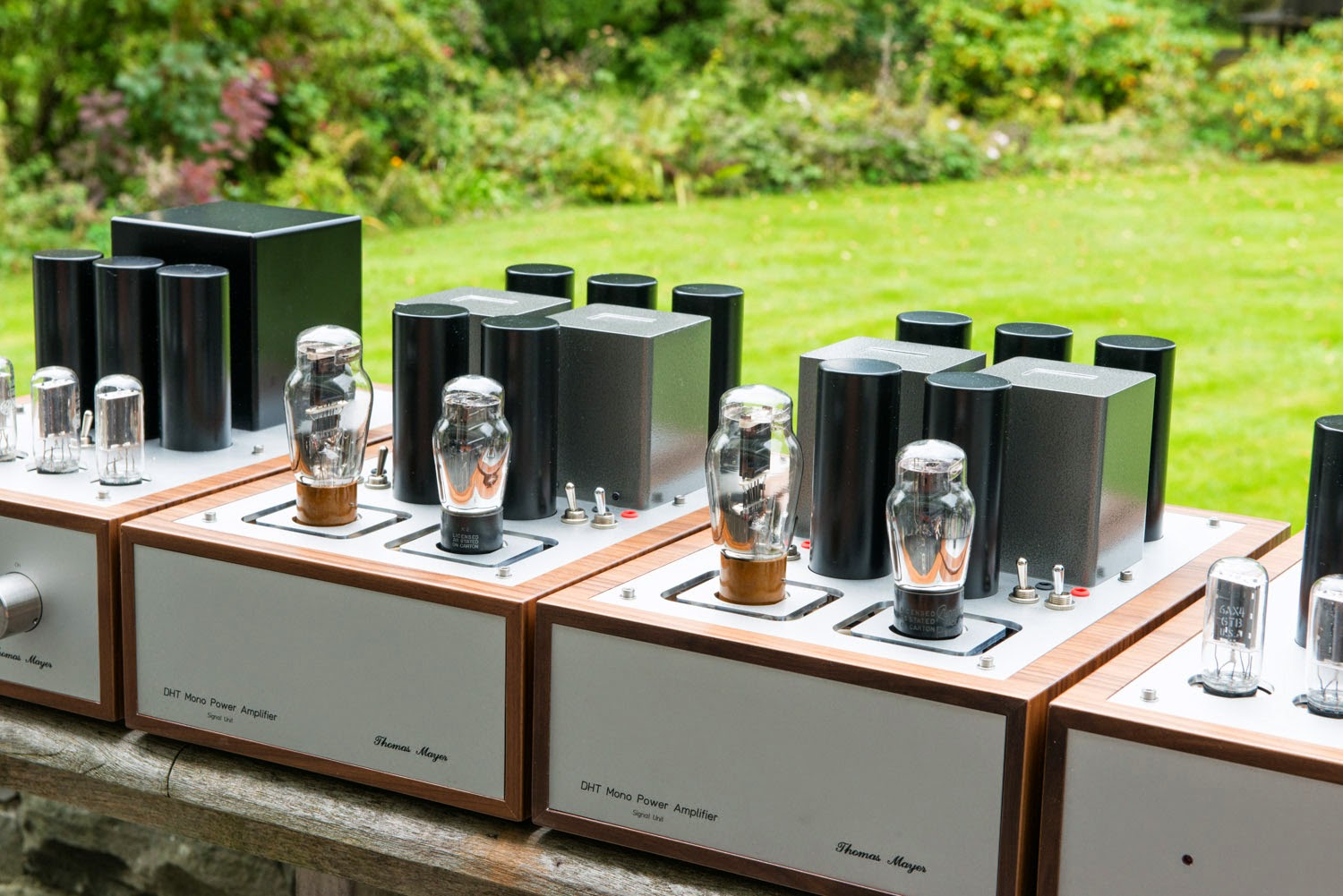 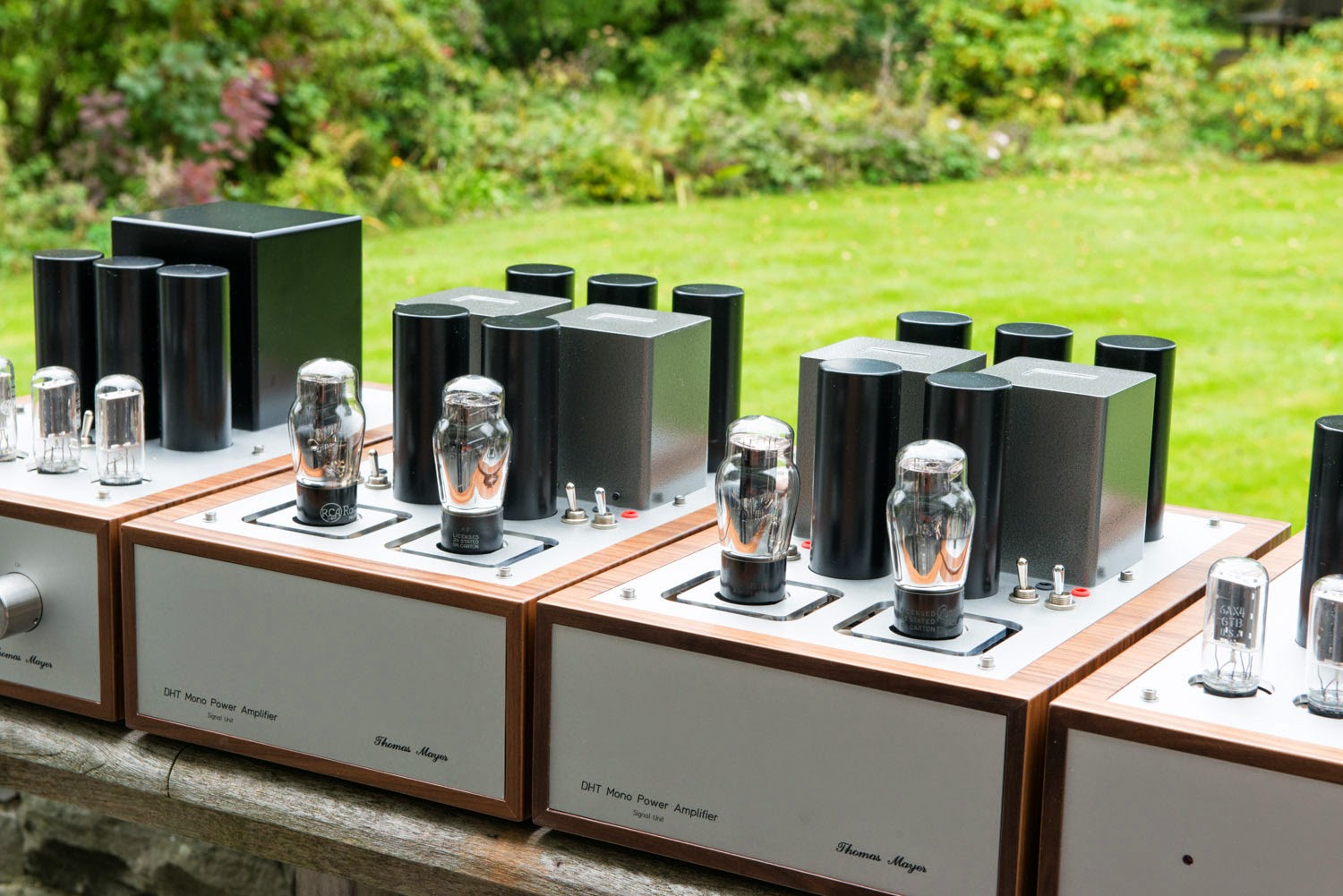 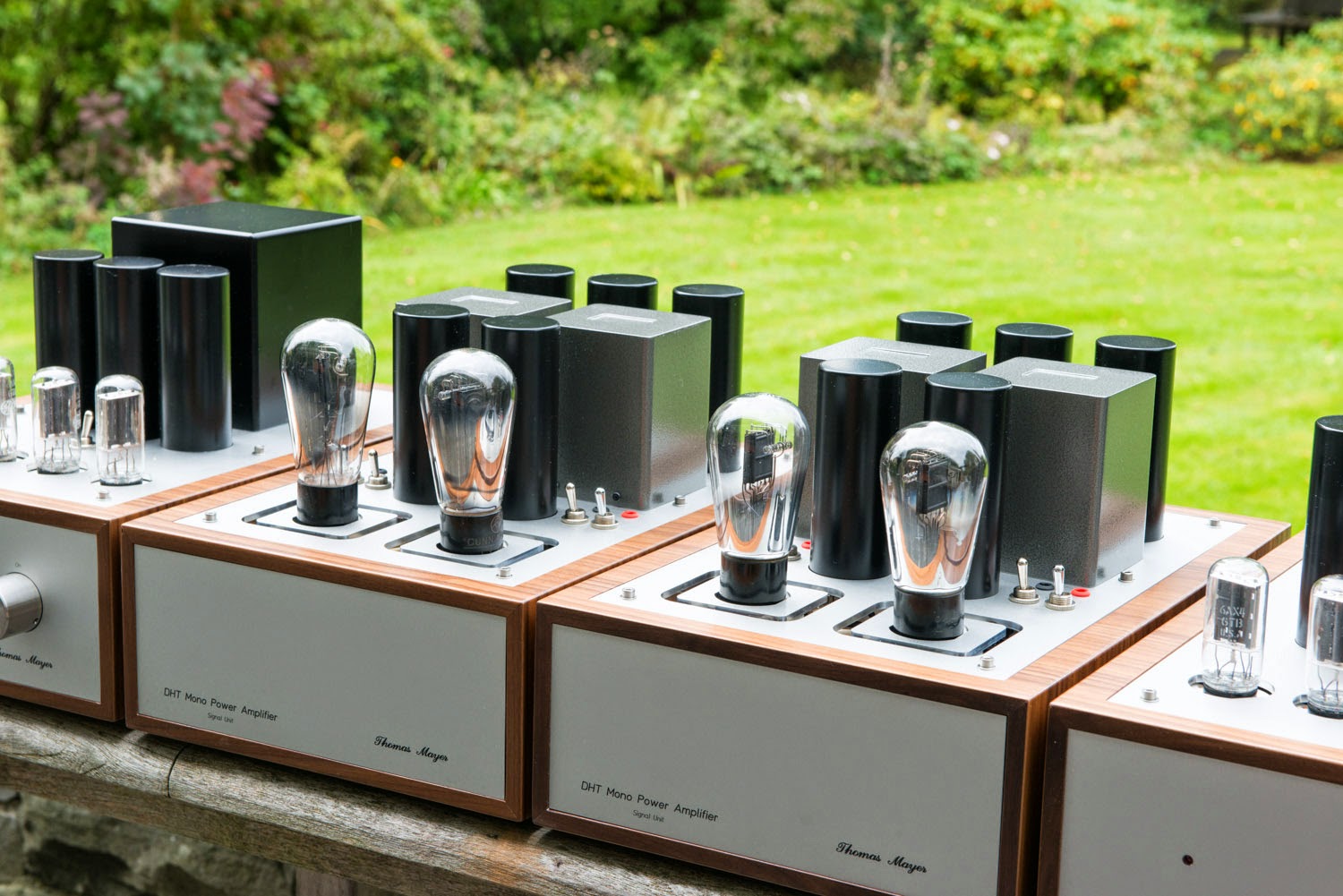 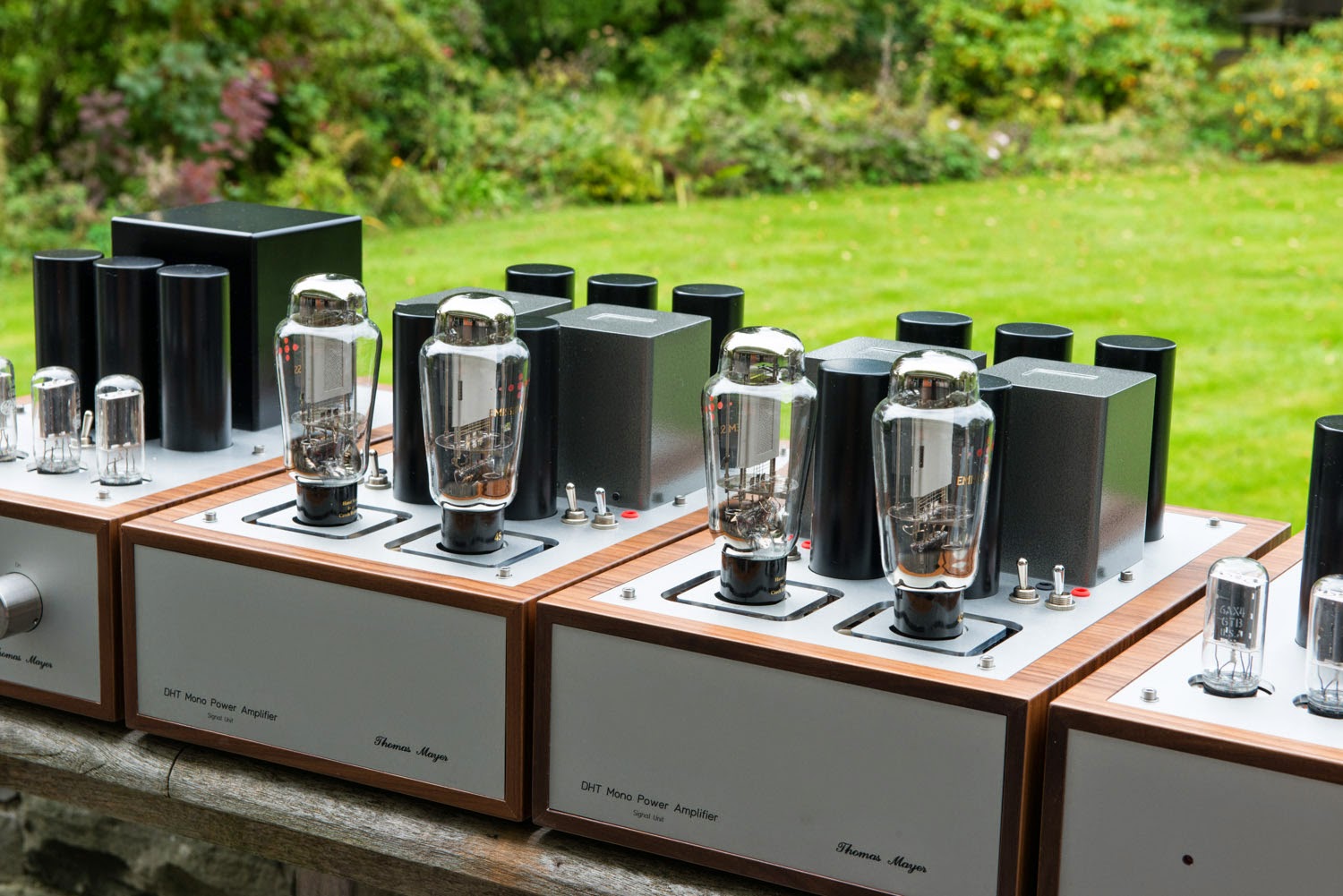 The EML 45 is even larger than the Western Electric 300B: 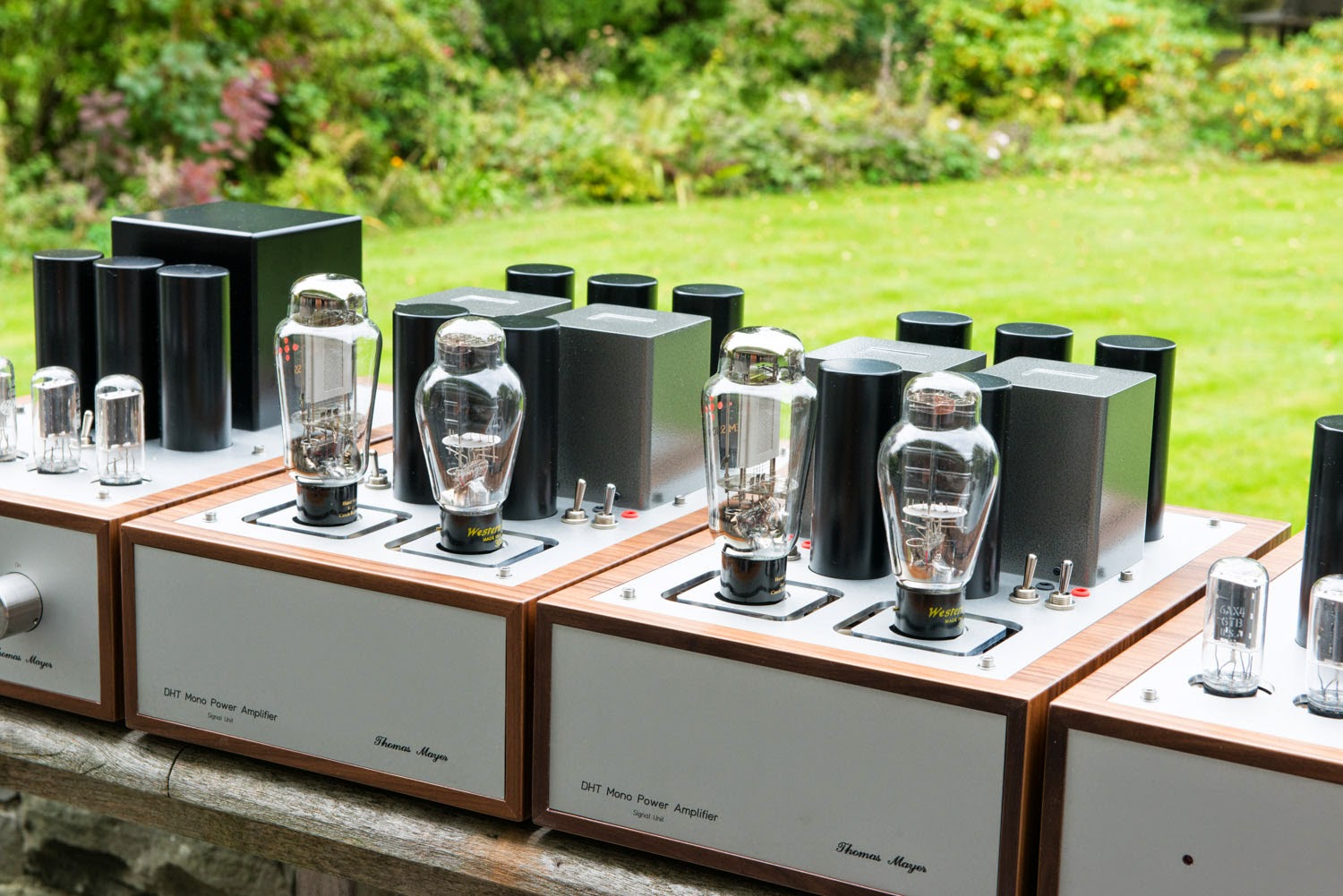 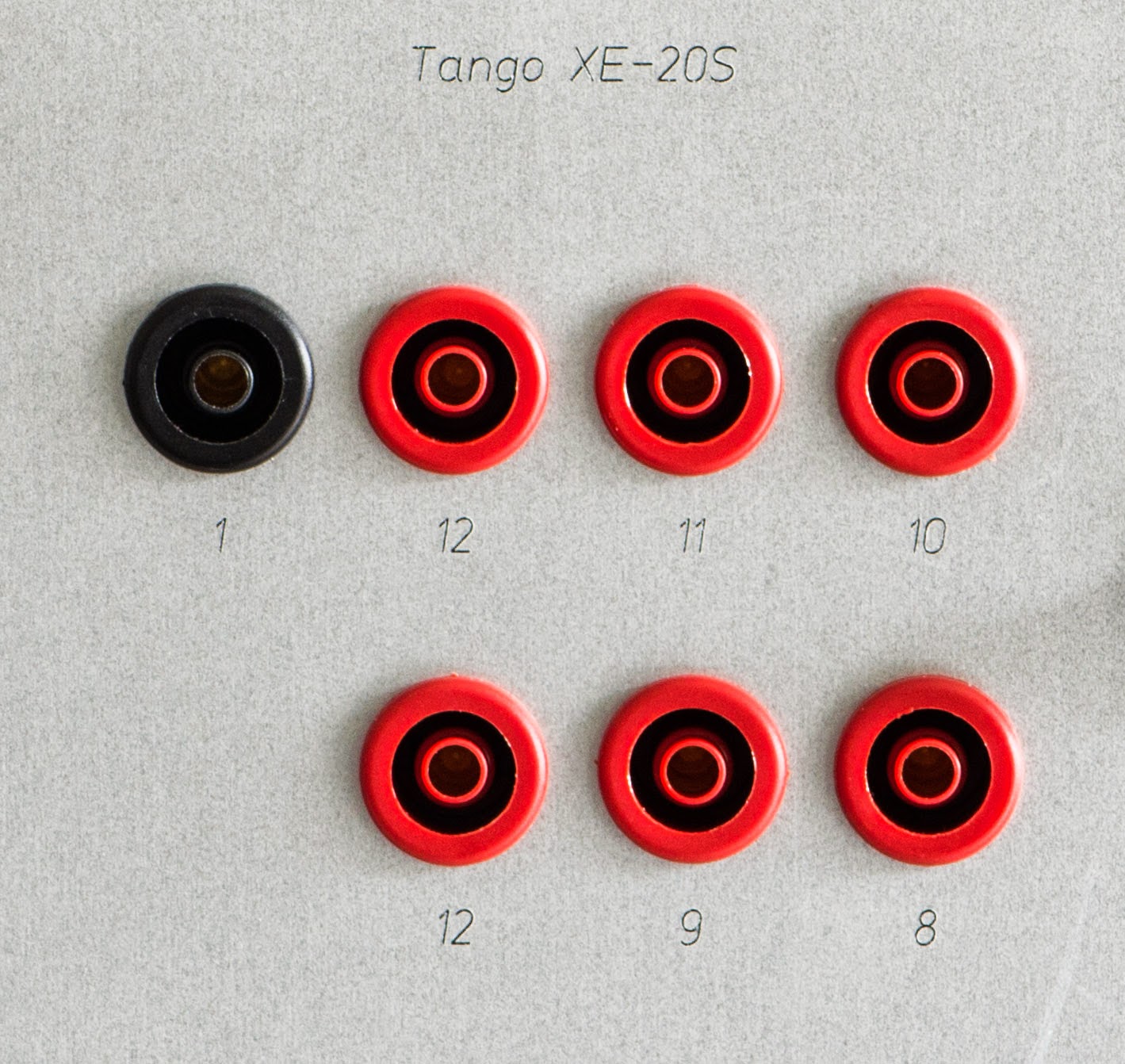 As soon as the new Elrog 300Bs arrive these will also be evaluated in this amp. Please don't expect me to give sound descriptions of all these combinations. This is highly subjective and I learned that different users of such switchable amps seem to develop different preferences. I will run some listening sessions during the next days and report my impressions on some of the combinations. Stay tuned.

Thomas
Posted by VinylSavor at 12:56