Since I received a few requests for 211 amplifiers lately, I will build several versions during the next months. They will receive slight circuit updates and some of them will use new transformers. So these will become my next generation of 211 amplifiers. In the planning is another version of the 211 drives 211 amp, a new 801A drives 211 and the entry level with 6HS5 driver will also receive a make over. 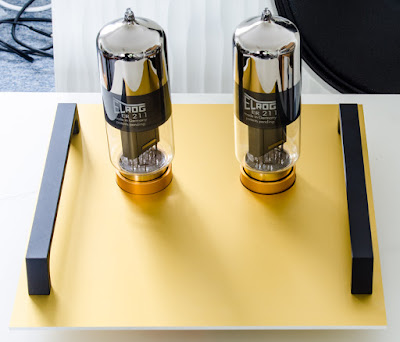 Last year I built two sets of the 211 / 211 amps nick named Tours Sans Fin. While many people complimented the design for the unconventional style, there are also many who don't like the round appearance. So the next generation of this amp will receive a more conventional square shape. A first attempt of the layout of the top of the amp is shown above. Only tubes visible on top and all the parts will go inside the body. The body will have to be quite high to fit all these chunks inside: 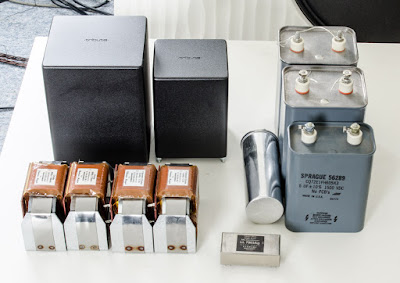 Massive interstage and output transformers with silver windings and finemet cores made by Tribute. Input transformer will also be a silver wound type. The usual chokes and as caps I selected ex-military paper in oil can types. These are superb caps of the highest quality I could find. They are unused and came still factory sealed: 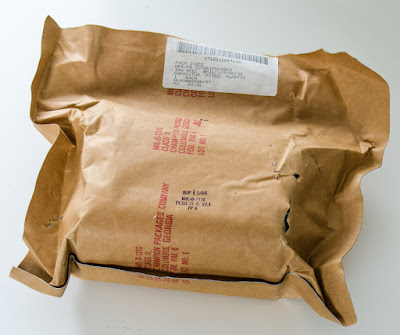 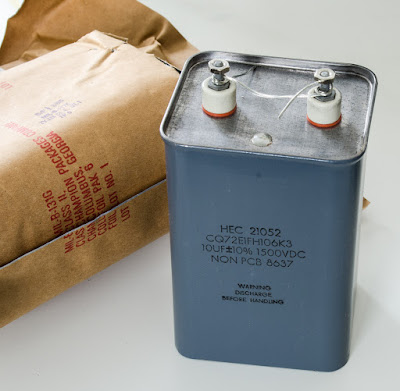 All these are only the parts of the amp of one channel. The power supply contains even more: 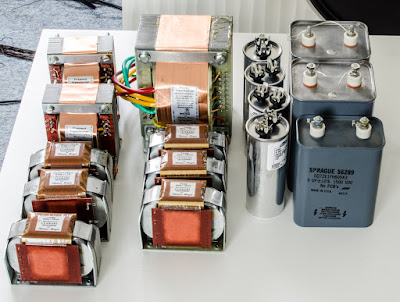 The power supply will get the same layout style as the amp with only the tubes exposed on top: 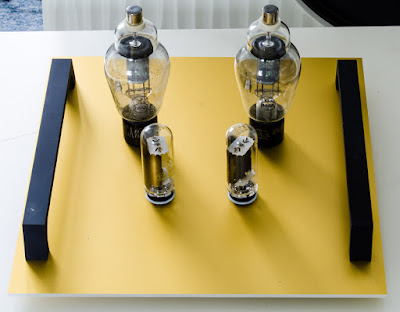 Stay tuned for updates on the construction of these beasts and also the other upcoming 211 amplifiers.

Thomas
Posted by VinylSavor at 13:14