At events like the ETF or the High End fair I occasionally like to play some fun records. It is interesting to watch the reactions. While some seem to take things too serious, others really enjoy them. This is one of those records. 'Auf hoher See' by Freddy Quinn. 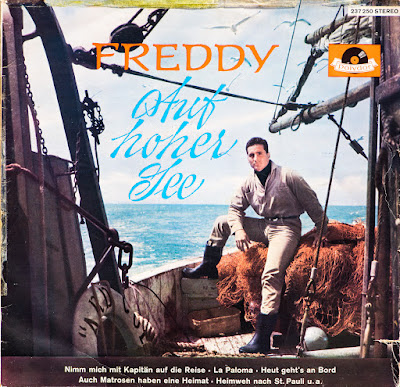 Freddy Quinn was very popular in Germany during the 50ies and 60ies and produced a lot of records during that time and also played in some movies. 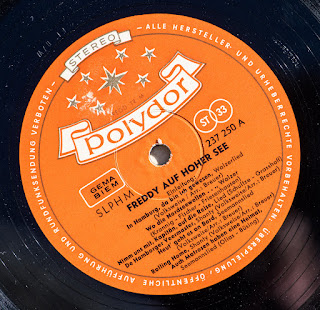 Most of his songs are about the sea and sailors. This is also the theme of this record as is evident from the title and cover. The album was released in 1962 on Polydor. Like most of the Polydor albums of this era, the recording quality is exceptional. Also the vinyl quality of these early Polydor discs leaves nothing to wish for. They can be recognised by the orange label with the stars at the top. Later releases have a red label and are of lesser quality but still mostly very good. The first song on the album is probably the best and also the one which often leaves people with their mouths open if they haven't heard such a record before. It starts with water waves which almost give the feeling as if the water is splashing over your feet. Then a choir slowly sets in which is unbelievably realistic. And finally Freddy starts to sing. His particular accent and the way he rolls the 'rrrrr' together with the hilarious lyrics is really funny. Freddy Quinn probably didn't take himself too serious when he recorded this. 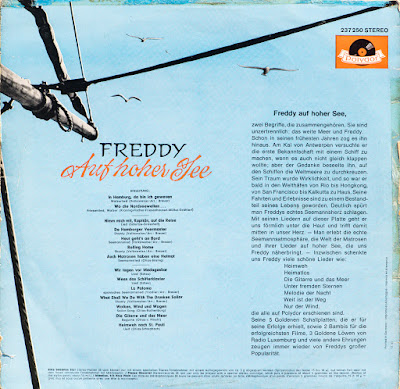 And this is how to listen to such a record. Don't expect anything serious or artistically challenging. Just have fun listening to it and be amazed by the truly exceptional recording quality.