Since a few years I had an idea how to implement the LCR EQ in a different way, but kept it on the back burner due to other projects. Now I finally took a shot at what I call the SplitPath EQ. 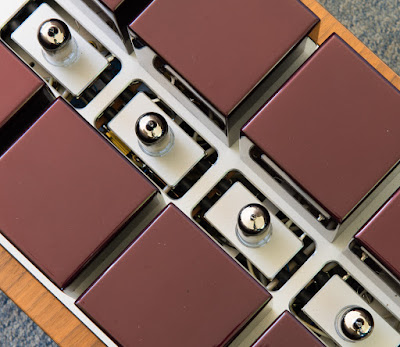 This concept drastically reduces the signal path for part of the frequency spectrum. In my quest to improve sound quality keeping the signal path as short and direct as possible always was a key factor. But at a certain point there is a limit reached since total gain needs to stay within practical limits and I always want to keep output impedances low. I always feared that this new approach would run into various problems in an actual implementation but I am happy to present the first working prototype which was implemented with D3a tubes. 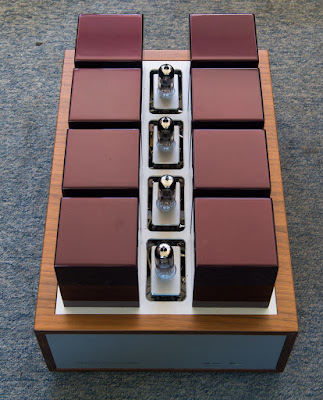 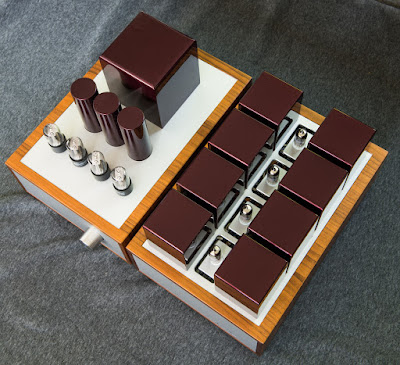 Some technical background about this idea. One of the main tasks of a phono stage (besides providing a lot of gain) is the EQ of the signal. When vinyl is cut, the bass frequencies need to be attenuated and the highs boosted. This is to avoid that the grooves would need to be cut with excessively large amplitudes for each bass frequency hit, while the higher frequencies usually are not having very big amplitudes. Below a simplified diagram which shows how the signal is attenuated relative to 1kHz. 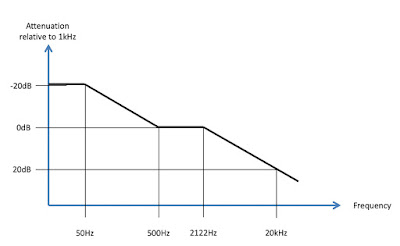 Below 500Hz the amplitude is dropped off by 6dB/octave down two 50Hz below which the attenuation is stopped. At 2122Hz there is another corner above which the amplitude is boosted by 6dB/octave. In the phono stage this needs to be reversed. In a passive EQ this is done with a filter which attenuates the various parts of the spectrum accordingly. That means that the highest frequencies are attenuated by 40dB more than the lowest. This always bothered me since the signal needs to be amplified accordingly only to be attenuated again in the EQ. Now my thought was why not handle the part above 1kHz separately from the bass EQ. In simple terms what I did was to let the higher frequencies bypass an entire amplification stage and recombine them with the rest after the bass EQ. 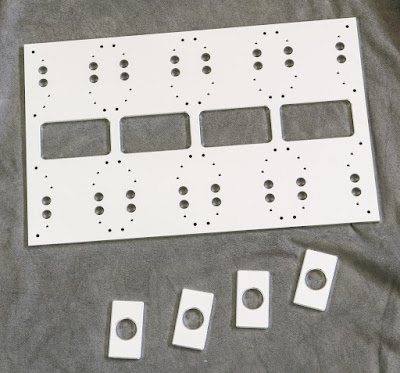 So the frequencies above 1kHz pass through only a single gain stage in the phono, while the bass frequencies pass through 2 stages as in my previous phono circuits. The actual EQ is done with LCR networks. The challenge was to recombine the frequency parts with the right levels to have correct overall frequency response and phase behaviour. 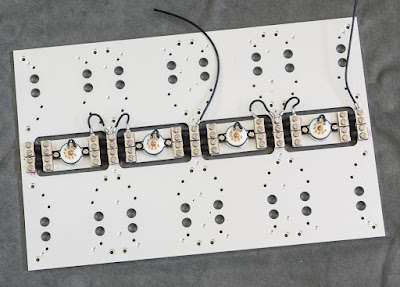 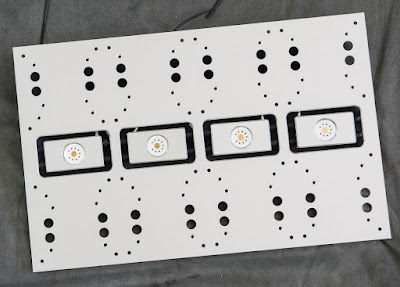 Please understand that I do not disclose more details or schematic diagrams. This circuit contains all my knowledge and experience from decades of working on phono circuits. 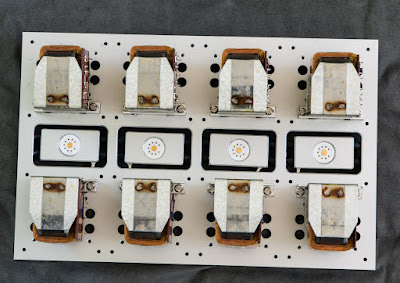 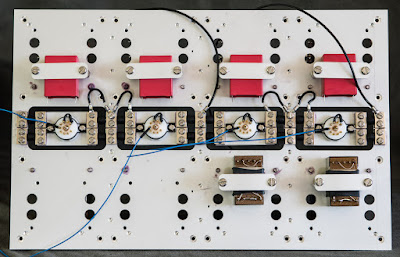 Here we see the construction steps of the prototype. 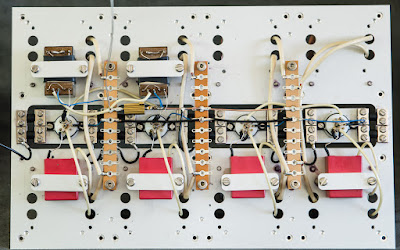 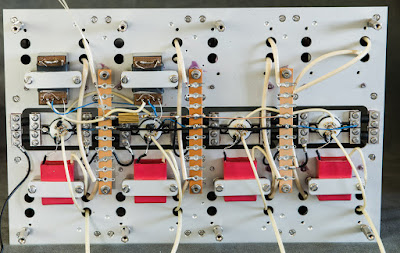 Everything is placed such to have minimal signal path length and well defined and short ground paths. 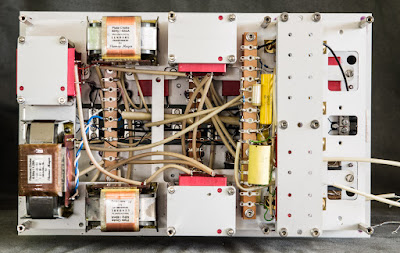 Lots of trials, measurements and simulations were required to get things right. Here the completed phono: 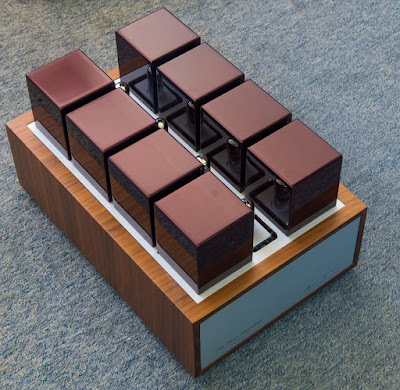 How does it sound? Well I got what I was hoping for. Yet further enhanced resolution and transparency in the frequency range above e 1kHz which results in extremely natural voices and beautiful reproduction of ambience. Also the noise floor dropped even further. 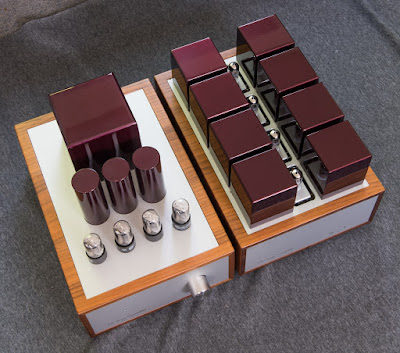 As with all things in life, there is no free lunch. The overall gain is quite a bit lower compared to my current phono. So attention is necessary to integrate this phono into an existing system. In my system I can use it without issues with Lyra cartridges and the 10Y linestage. However I am at the upper limit of volume control range. To address this I am about to develop a new linestage which will have a dedicated input for this phono to provide a bit more gain. 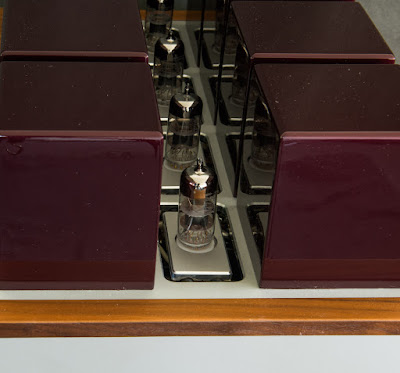 This new phono stage will not obsolete my current one which has more gain and is more universally useable. Both versions reside alongside in my portfolio with this new one being the higher end alternative. Next step will be to implement this EQ approach also in the differential phono. Stay tuned. 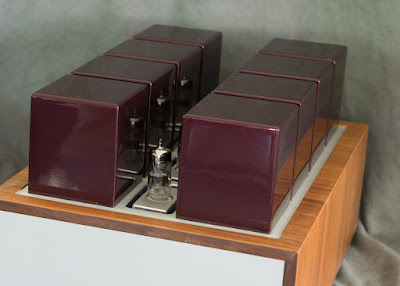