Just finished a new variable EQ phono stage and took some photos before it got shipped to its new owner. 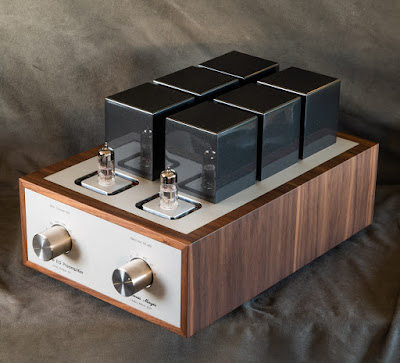 Like previous builds of  mono phono preamplifiers, this unit has separate controls for the bass turn over frequency and the roll off at 10kHz.

This allows for a variety of settings to cover a wide range of EQ curves from early 78rpm records to 33rpm vinyl mono LPs. 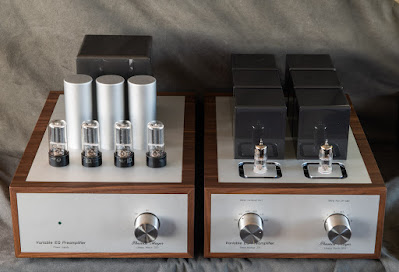 The EQ networks are done in LCR topology as in the stereo phono stages. The inductors are mounted directly behind the face plate besides the EQ setting switches. 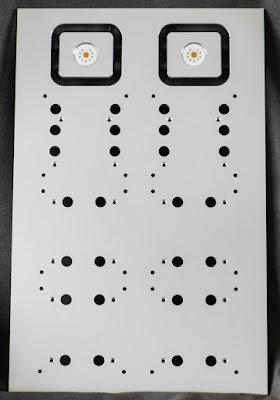 Some photos from the construction steps. Here the top plate with vibration damped mounting of the tube sockets. 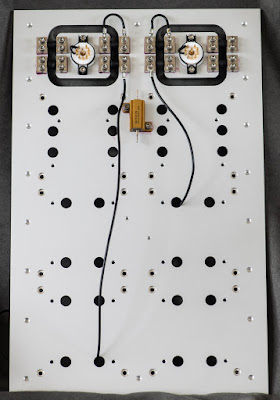 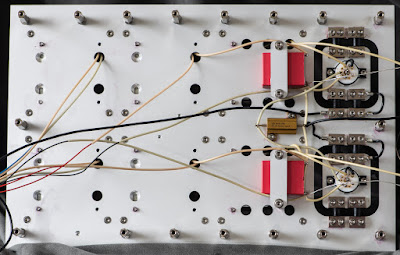 Output and interstage transformers as well as the B+ smoothing chokes are mounted on the top side under transformer covers: 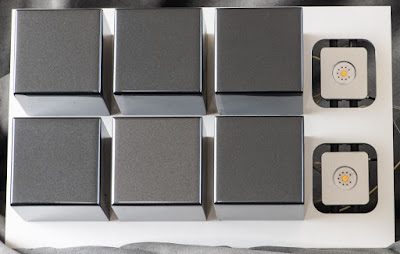 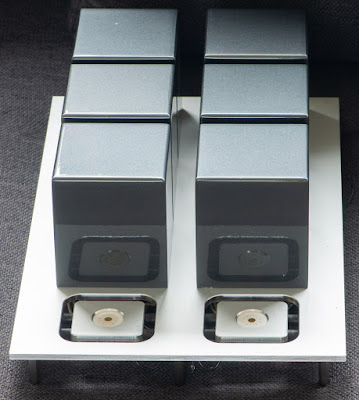 There is a second support plate for B+ smoothing capacitors, a choke for the heater supply and the remaining parts of the EQ networks. 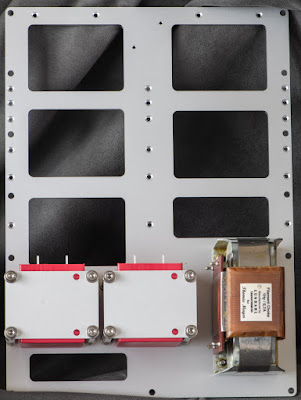 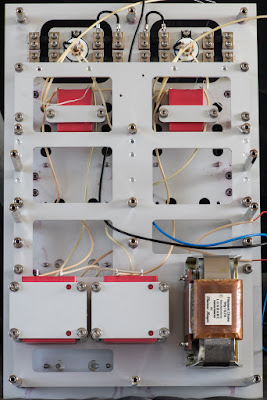 About one third of the EQ networks mounted : 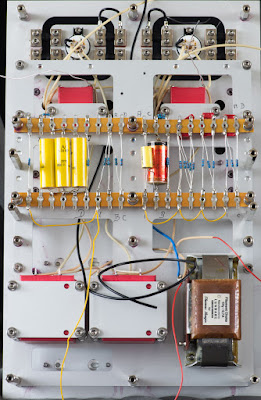 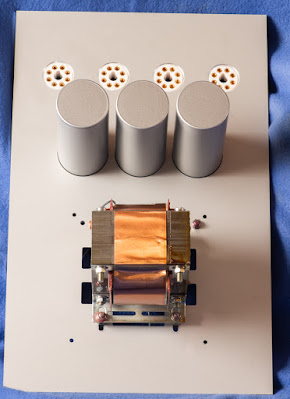 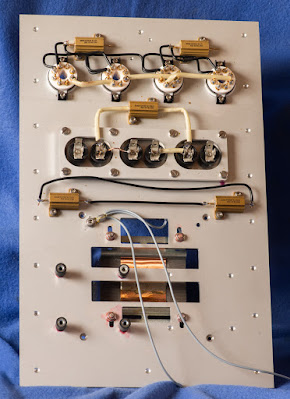 Chokes go on a separate plate... 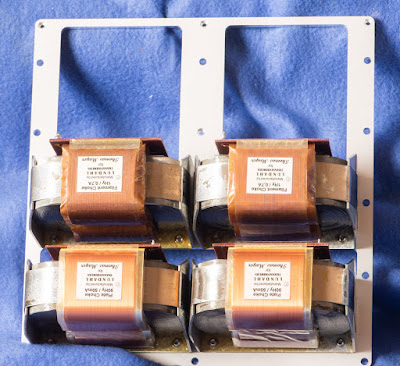 .... which is mounted to the underside of the top plate: 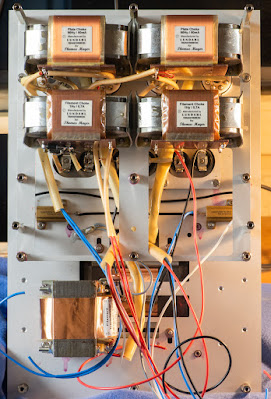 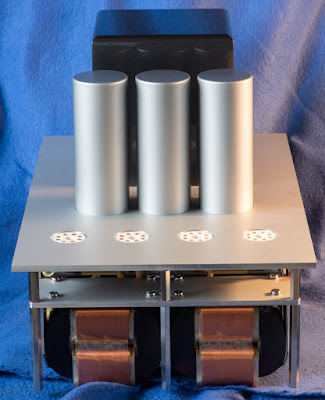 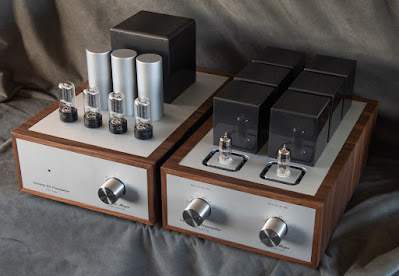 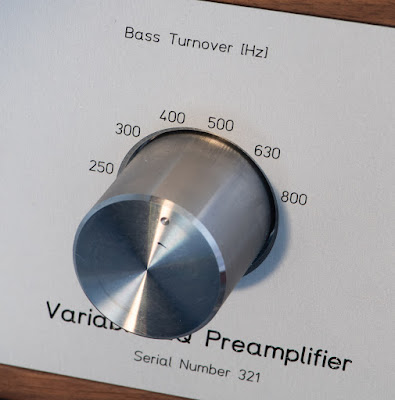 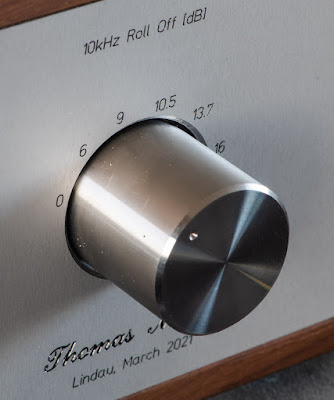 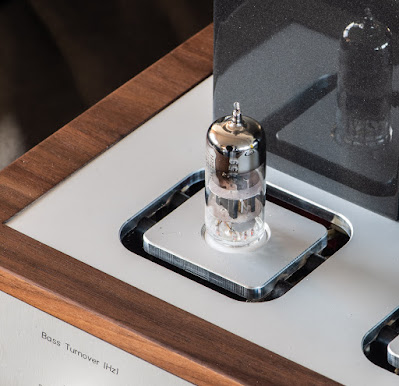 Side view of phono stage: 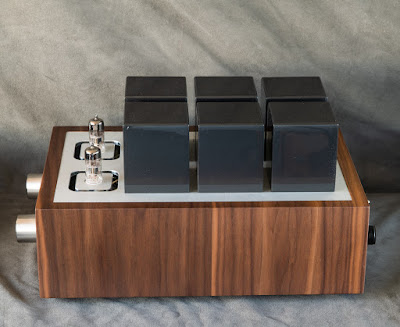 Some sound clips with a similar phono can be found in the post about a 78rpm demo at the Munich High End show.