Making of a 211 amplifier, Part 3: Listening

The 211 mono blocks are finished: 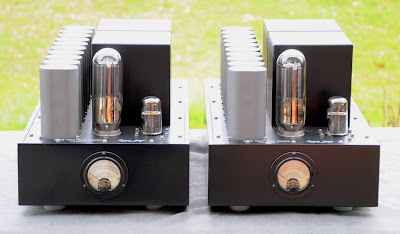 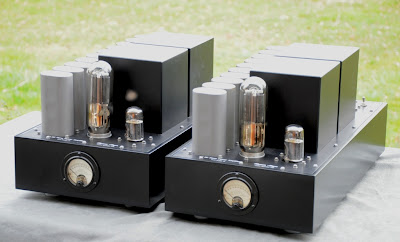 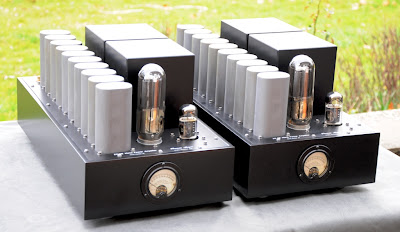 Testing and measuring of the amps delivered results as expected. The power output before clipping is about 25W. 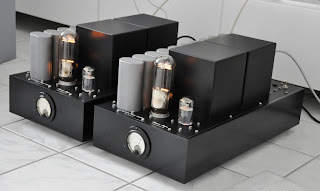 They drive my Haigner Rho speakers to quite remarkable levels and deliver a very deep and solid bass. Everything else is also very nice, beautiful midrange and great highs with fine resolution. Not quite on the level as the big 4 chassis version. But that was expected and is acceptable at around half the cost.
Here some photos of the amps in operation. These 211 tubes give off a lot of heat! They are running at about 75W plate dissipation. In addition their filaments consume another 32W each! 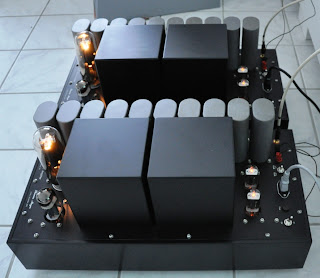 And there are the rectifier tubes at the back which also take their share of power. 13-14W heater power each and a couple of Watts plate dissipation.
These amps guarantee a cosy atmosphere during winter nights! And the sound they produce will perfectly complement this!
Although these amps are meant as scaled down versions, they are still impressive in terms of size and weight. They also sound like this, quite authoritarian. They take control of the speakers. The high step down ratio of the output transformers enables this. 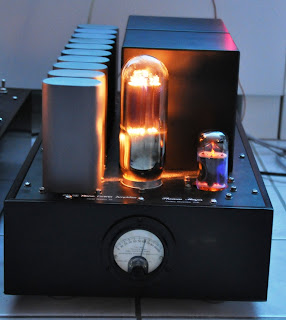 Some more shots of the amps in the dark. The plates of the 211s seem to glow on these photos, but this is only because of the long exposure time. They are perfectly fine. Also the blue glow on the glass of the 6HS5 driver tubes is perfectly normal.
The plate current indicators stay rock steady at just a bit above 60mA.
These amps came out really nice and were worth the effort. But my back hurts from carrying these beasts around. The next projects will be some low power SETs again.
Another 45 is planned as well as an amp with the 46 dual grid tube. Stay tuned! 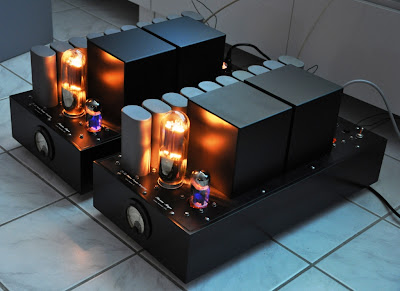 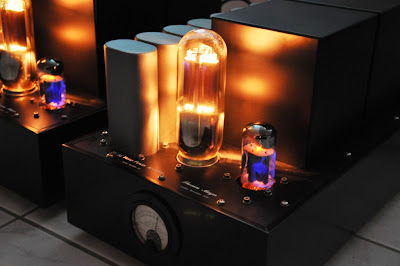