The year comes to it's end. With it the first year of the VinylSavor blog. I'd like to thank all my readers and especially those who gave comments and valuable feedback. 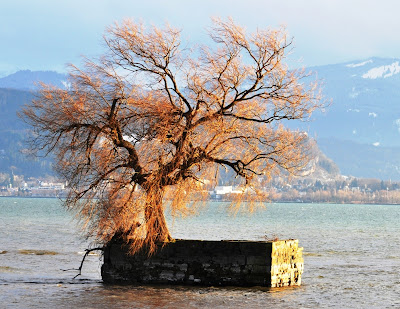 What is planned for 2012? I will continue the tube of the month series which seems quite popular. There are many interesting tubes outside of the mainstream which are worthwhile to write about and still lots more which are yet to be discovered for audio use. The single ended amplifier concept series was dormant for a while. I plan some further articles  about DC filament output tubes and all DHT amplifiers. There are also some ideas about RIAA concepts which are waiting to be tried. I will write about them if the experiements turn out to be promising. I will report about the progress with my field coil loudspeakers. My all DHT phono preamplifier concept is also waiting to be rebuilt in some nice chassis. I will post picturees of new gear which I build in the making of series. And last but not least my 150W single ended amplifier with the 851 tube is also waiting to be worked on.

If you have some comments about topics which I should cover, please let me know. I'd also like to repeat my invitation for guest articles. There was only one guest article during last year. Hopefully there will be some more in the next year. 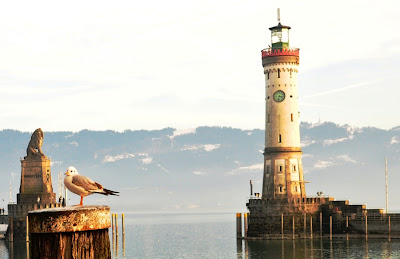 No photos of tubes or gear today, just a few impressions from Lindau, where I live. Lindau is situated at lake constance (Bodensee). The old part of the city is actually on an island in the lake and has a beautiful small harbour. You might have noticed the small island with the tree in the background of some of my photos and which is pictured in the first photo in this post. It is a small artificial island called 'Hoy'. 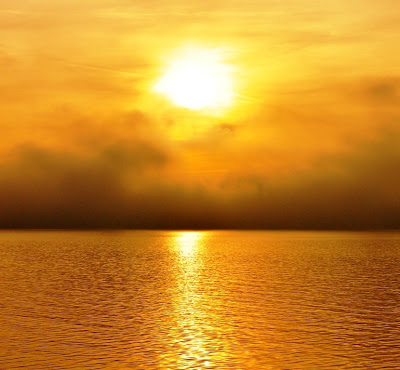 Lake constance is the largest lake in Germany. It lies between three countries: Germany, Austria and Switzerland. At night the lights of the city of  Bregenz are shining from Austria across the lake.

All the best for the year 2012 to you and your families!