Yello is one of my all time favorite bands, so it is about time I write about them. During their career which is lasting already more than 30 years, they produced many albums. 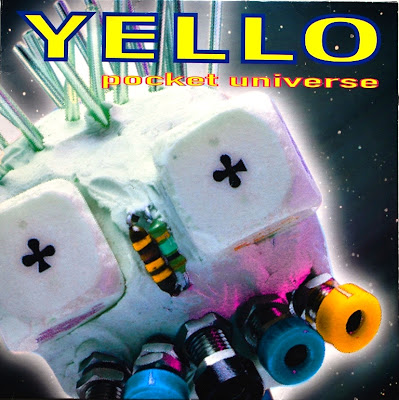 Yello is a swiss band, actually a duo which consist of Dieter Meier and Boris Blank. They use a lot of synthetic sounds. All of their records are of very good recording quality. It is debatable if they are of any use for system testing but nonetheless fun to listen to. They typically have a huge holographic soundstage, albeit completely artificial. The recrodings always have lots of detail and a balanced frequncy response. No harsh mids or overly emphasized treble like many other pop albums. 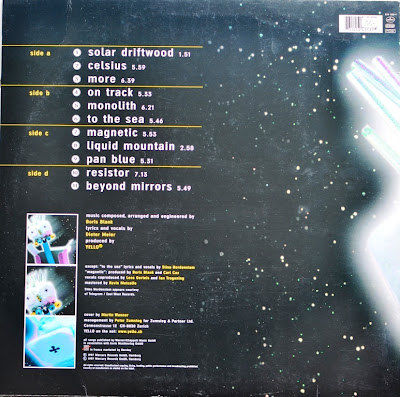 Their style of music is very unique. Although each Yello album is different, all of them are immediately recognisable as beeing produced by Meier and Blank. A lot of guest musicians appeared on their records. For example the amazing Shirley Bassey on the hit 'Rythm Divine'. 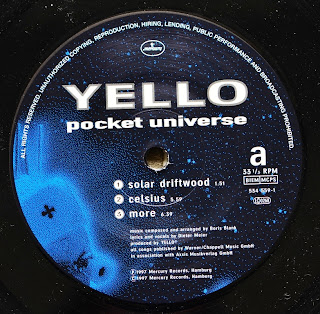 Some of their more popular and well known records are 'One Second', 'Flag' or the latest album 'Touch'. Today I'm writing about one of their lesser know albums called 'Pocket Universe'. Of this album only a few vinyl copies have been pressed, but it is easily found on CD. It opens with the mystic piece called 'Solar Driftwood' which consist of 'sci-fi' like sounds and lyrics. A theme which is maintaned throughout the 4 sides of the vinyl discs. Visitors of the European Triodefestivals in Langenargen will remember this record since I enjoyed playing it at wall shattering levels there on this system: 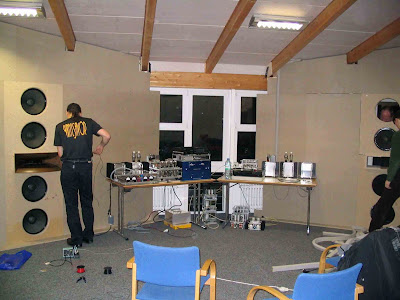 The audience applauded when the first track opened with the lyrics 'The big bang...'. Seemed quite appropriate for the bass capabilities of this speaker with 8 15 inch Altec woofers.
If you can find this album on vinyl, grab it and savor it!
Best regards
Thomas
Posted by VinylSavor at 15:00