Today I want to show the beautiful tube boxes of the de Forest company and also the boxes made by Cunningham which had close ties to RCA. I also found some more very old RCA boxes which did not make it into the first article of this series, but which are worthwhile to show. 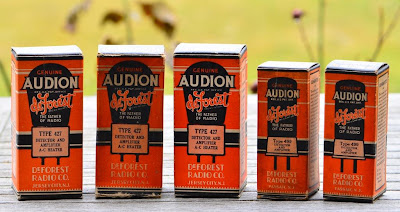 Pictured above are boxes of the de Forest 427 and 499 tubes. These are equivalents to the UY227, an indirectly heated triode and the UX199, a directly heated detector tube.

I have two versions of the 427 boxes which differ slightly in the printing on the top: 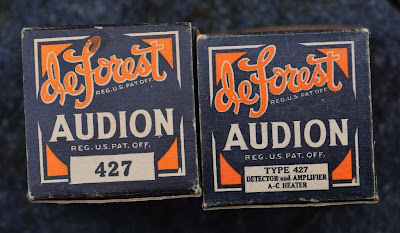 The sides showed patent information and the specs of the tubes (quite convenient): 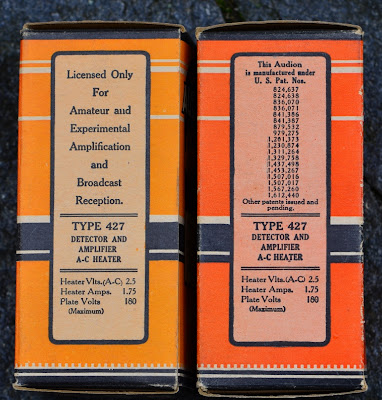 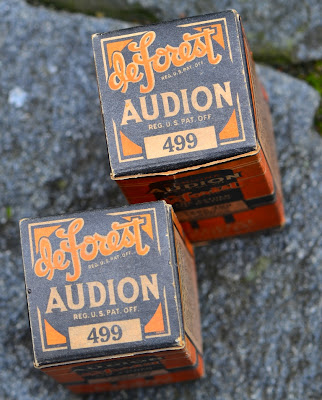 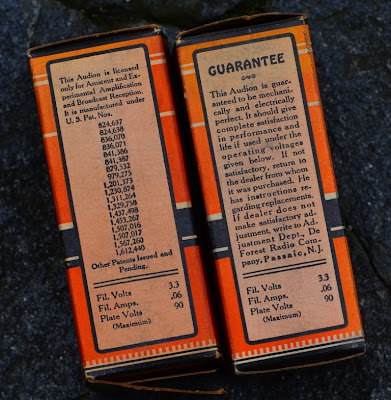 Lee de Forest invented the Audion in 1906. He founded a tube manufacturing company which was later sold to RCA.
Another company which had close ties to RCA was Cunningham: 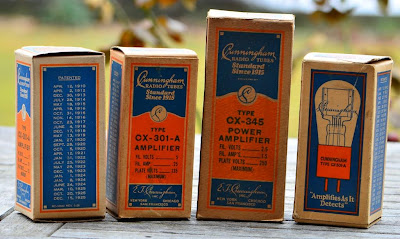 A detailed history about Cunningham and the relationship to RCA can be found here.

Three versions of boxes with the CX301A and UX201A which are the same tube:

The CX301A box was made with some variations: 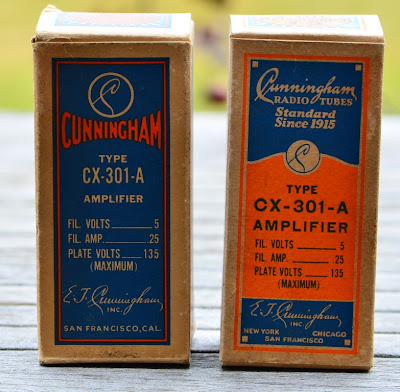 The boxes on the next photo  show the close relationship to RCA, they have both their own logo as well as the RCA 'meat ball' printed on them: 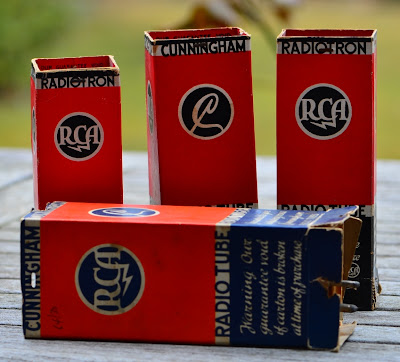 Quite interesting also this early box from RCA for the UX201A: 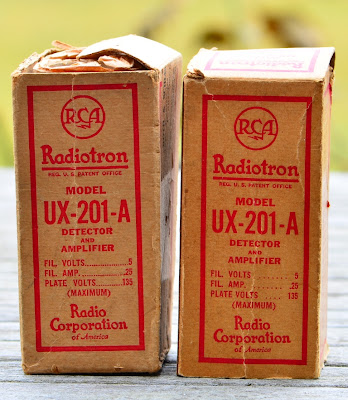 Contrary to other early tube boxes these were rather simple in design. In the early days, the tube boxes had very informative inserts with lot's of information about the specs, application hints and even circuits: 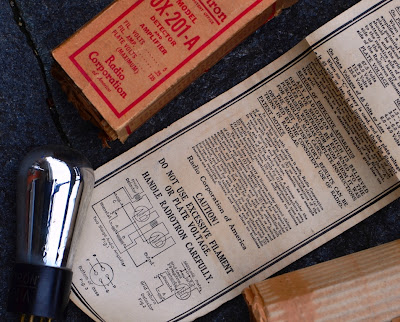 Thoma
Posted by VinylSavor at 09:43