As with the 6CB5A amp, which was recently presented, this second part of the 'Making of the 6AH4 Line Stage' will show the assembly process. First a photo of the finished preamp: 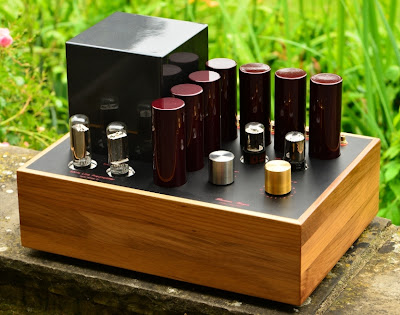 The circuit was already shown and discussed in the first part. This post will show how the components are arranged and wired. In the first step, the metal plate which holds all the parts is fixed in the assembly rig and the first parts get mounted: power transformer, capacitors, connectors and tube sockets:

The rig allows handling of the preamp during construction without the danger to scratch the varnished caps or damaging the plate. It can be turned at either side for easy access. The next photo shows the wiring of the power transformer to the rectifier sockets and the heater wiring to the signal tubes: 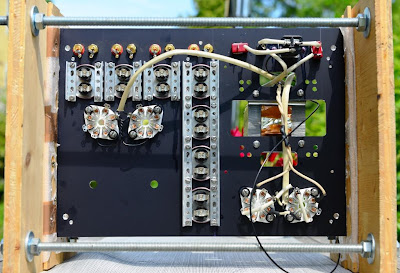 Next the inputs are wired to the input selector switch and from there to the 6AH4 tubes: 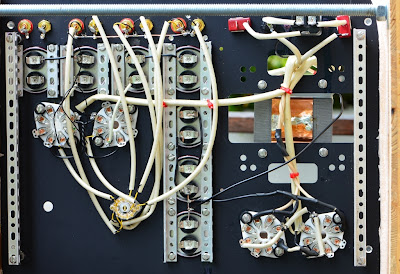 Chokes, line out transformers and transformer volume controls are mounted on a second tier: 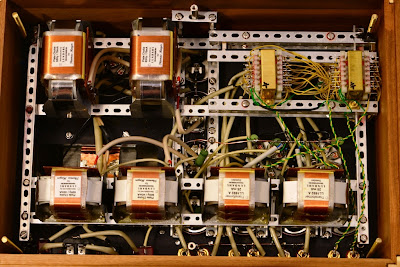 Everything wired up, tested and complete, so the bottom lid can be put in place: 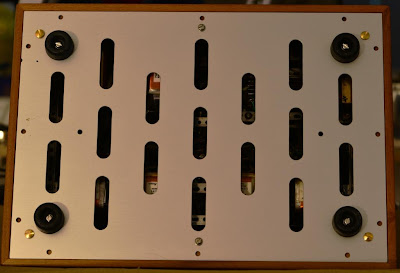 Before the bottom lid is attached the cover is mounted over the power transformer. 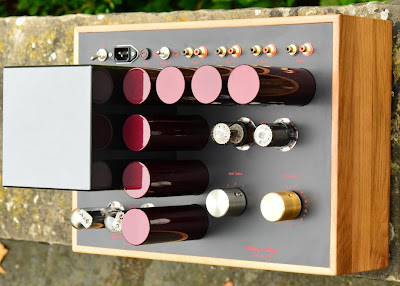 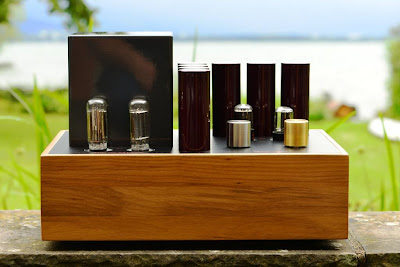 The preamp in operation: 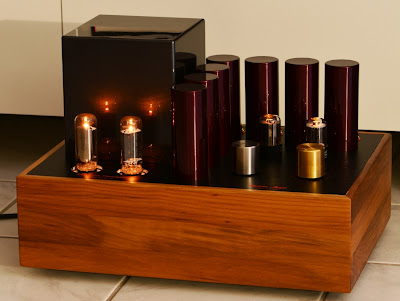 The preamp together with the 6CB5A power amp which it is intended to drive: 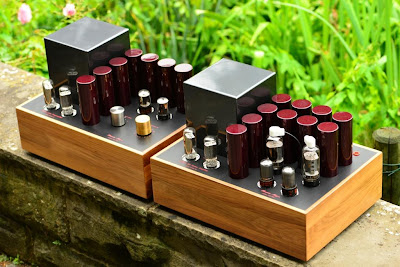