Todays Tube Box Art article will cover various brands. These are less know. Some of them private labels or rebrands from major manufacturers. 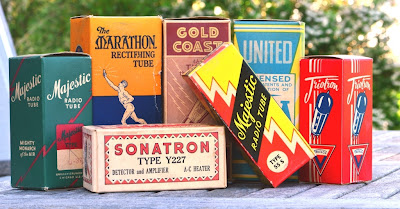 Let's start with some close ups of a brand called Gold Coast: 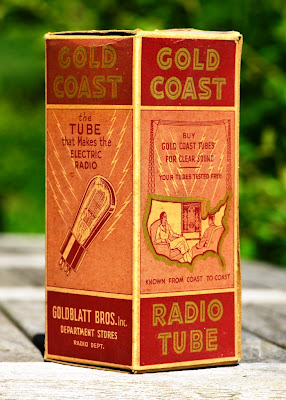 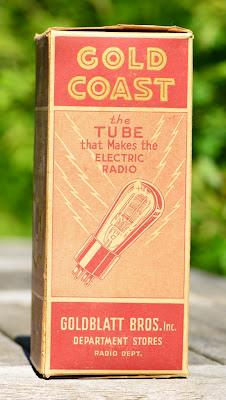 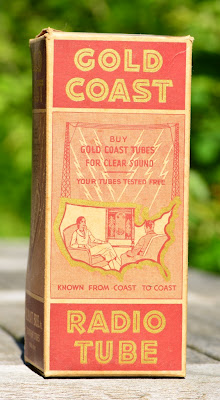 This was a private label of a department store who rebranded tubes they sold. 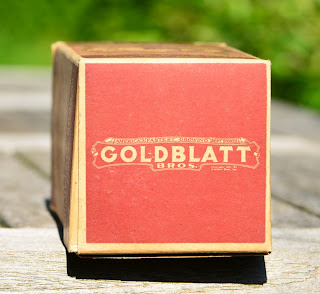 Wouldn't that be great if you could still walk into a department store and buy such tubes?


Next are two different boxes of Majestic: 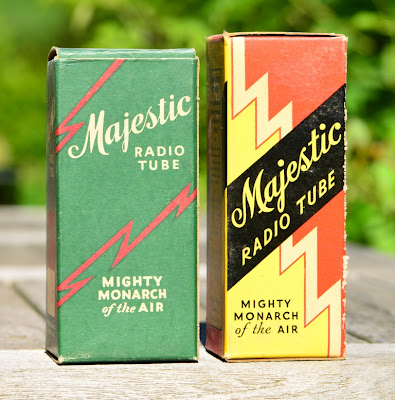 Majestic was a manufacturer of radios. Not sure if they made their own tubes or if they rebranded from others. 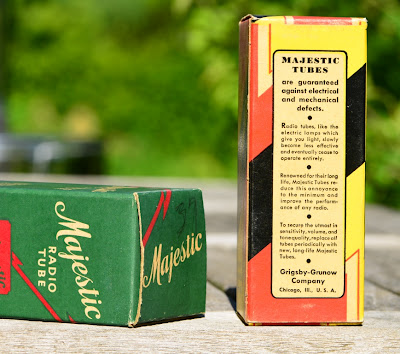 The right box of a G-37 contained a Cunninghamm 337. But that doesn't mean that this tube was in there originally. Often when tubes got replaced in a radio set, the old tubes got kept in the boxes of the replacement tubes. 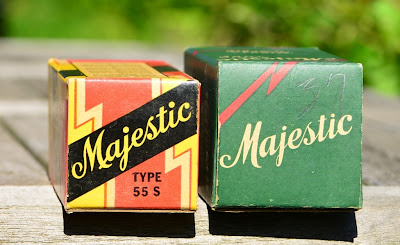 Next is a box with a marathon runner as motif, which matches the brand name: 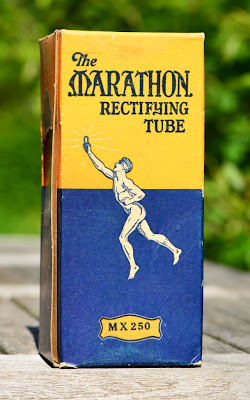 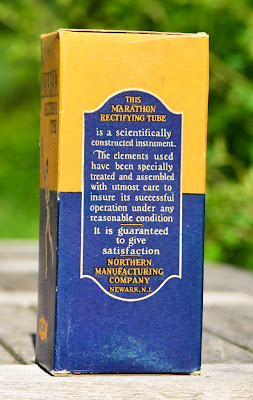 The Marathon name was most likely chosen to imply durability. The box contained a rectifier, matching the rectifier tube print on the box. But strangly there is a MX250 designation on the bottom of one side. On the top flap there is a stamp above that which mathes the tube it contains: 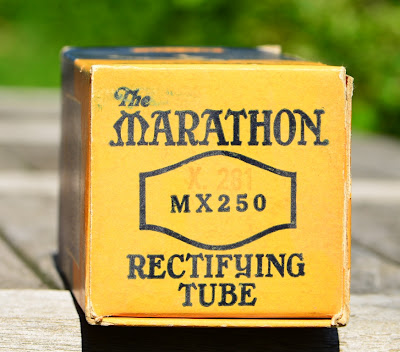 A box of the brand Triotron: 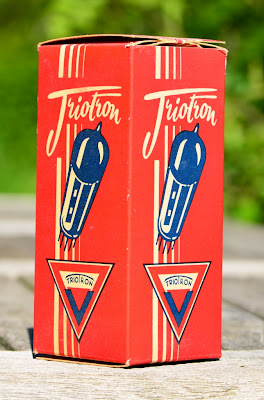 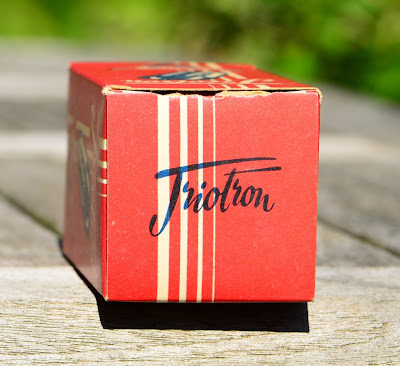 Another 281 rectifier tube box from a comapny called United, not to be confused with United Electric: 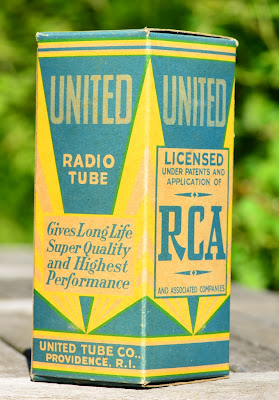 As the imprint on the side says this is probably a tube manufactured by RCA: 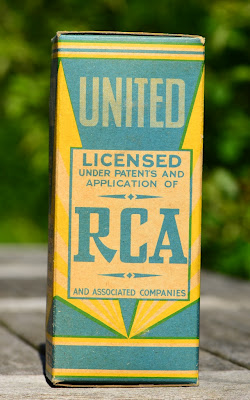 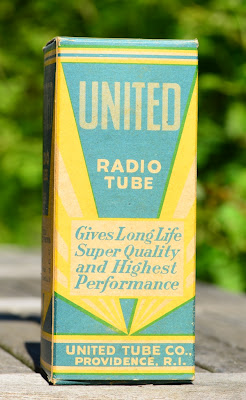 The tube in the box had no markings at all.

The box showed the basic specs of the tube, very convenient: 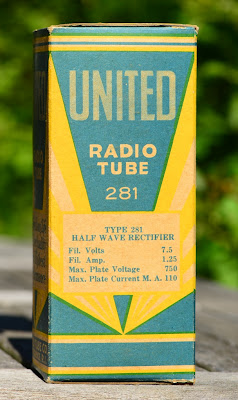 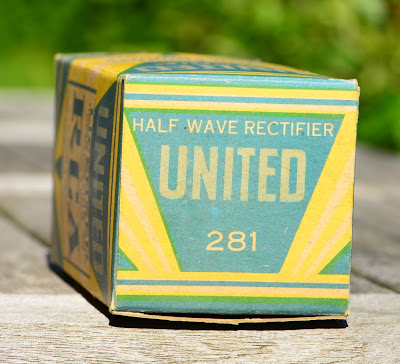 Next is the box of a UY227 indirectly heated triode from  Sonatron Tube Co, a less known manufacturer of vacuum tubes. 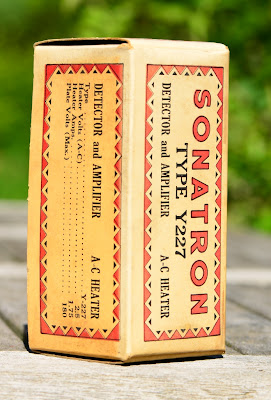 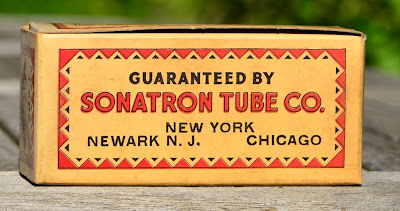 Again the tube specs are printed on one side of the box: 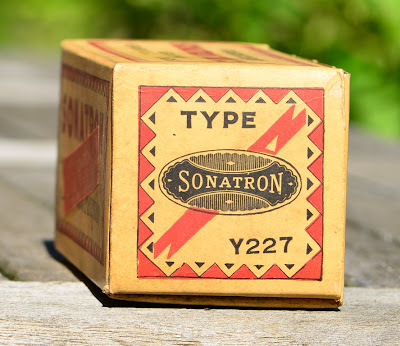 I have a few of these Sonatron UY227s. Interestingly they seem to be from some sort of life time test as this notice implies: 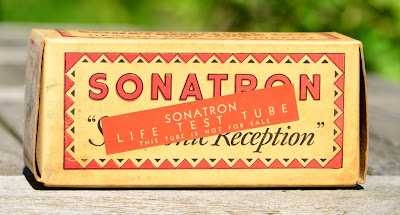 The tubes contained in these boxes still measure well!

And as a last goodie I'd like to share photos of a box of UX201A triodes from a brand called Gold Seal: 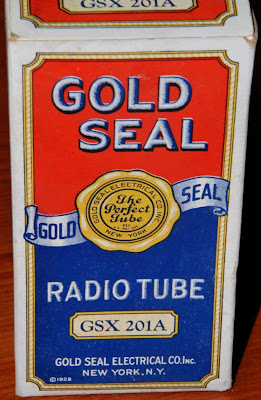 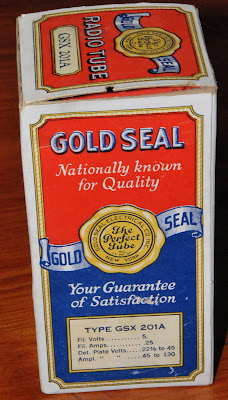 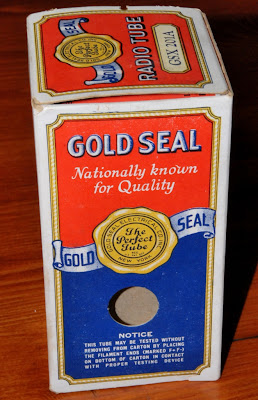 These Photos of the Gold Seal tube were kindly provided by a reader of my blog. 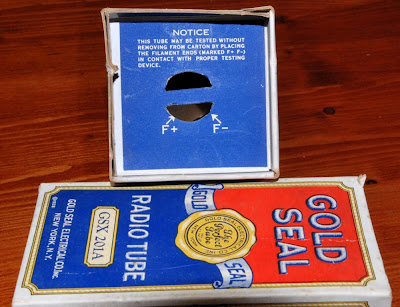 Many thanks to Milan, for sharing these pictures!

Thomas
Posted by VinylSavor at 18:17