In the previous article the 6AH4 linestage was mentioned, which is meant to be used with the 6CB5A amp. As with the power amp, I will describe circuit and assembly process of the line stage in two separate articles. 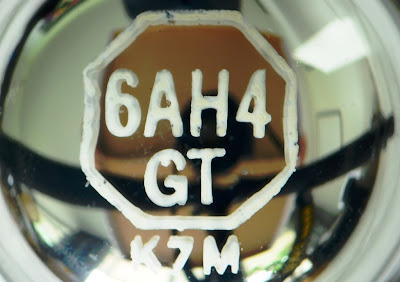 The linestage shares the same circuit with the two chassis version which was already presented. Only this time power supply and preamp will be in one housing which will be in the same style as the power amp it is supposed to drive. The circuit is basically the linestage section of my Octal preamplifier Mk2. The only difference is in the heater supply, which can be AC since this is a linelevel preamp only.

The picture below shows the complete schematic with both channels and the power supply: 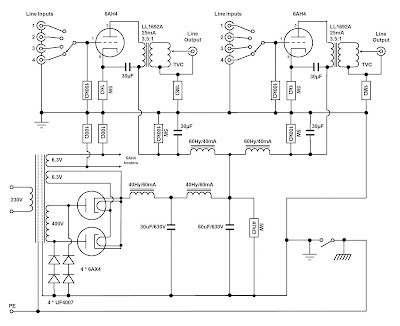 The TVCs are done with 24*2 db/step autoformer modules from intactaudio. Volume control and input select switches are swiss made from Elma. All capacitors are ASC MP in oil types. No electrolytics.

The only amplifying element is a 6AH4GT triode per channel. This is a low mu triode with low plate resistance. With the 3.5:1 step down this yields a very low output impedance, more than suitable to drive a TVC and long cables to the power amp. 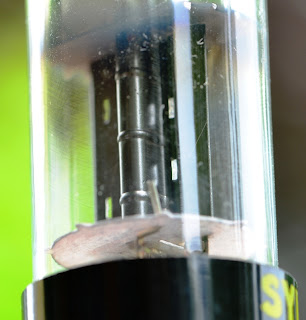 As in the 6CB5 amp, a hybrid rectifier bridge was chosen. UF4007 diodes complement the 6AX4 TV dampers. Two diodes are in series in each leg, since substantial peak inverse voltages can occur in a choke input filter supply. The power transformer is of the same type as the one used in the power amp. Only a smaller version since the preamp has much less current draw. The power transformer has grain oriented core laminations and dual electrostratic screens between primary and secondaries. In addition there is a flux band around the outside of the winding stack.

The output is basically floating to allow differential connection to the power amp. One side is connected to ground through a 1M resistor to avoid static charge build up in the output which could cause a plop when plugged in while power amp is turned on. The heater supply of the 6AH4 is referenced to ground through 2 100 Ohm resistors.

The preamp has the same ground lift option as the power amp to allow adjustment to any grounding situation in the system.

The construction will be done on the same style metal plates as for the power amp: 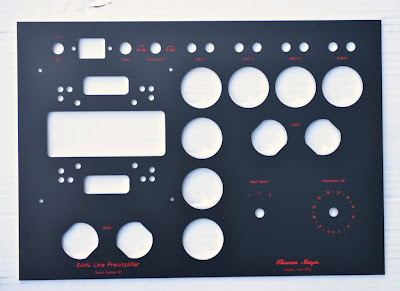 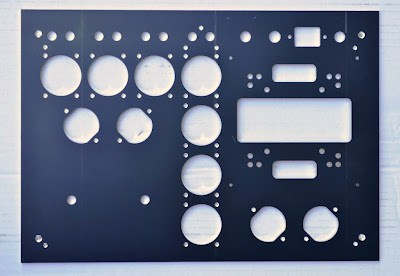 Stay tuned for the second part which will show the assembly process.