Todays record is very different from the recently presented albums. The Soundtrack of a musical comedy film from 1960. Marylin Monroe and Yves Montand in Let's Make Love. 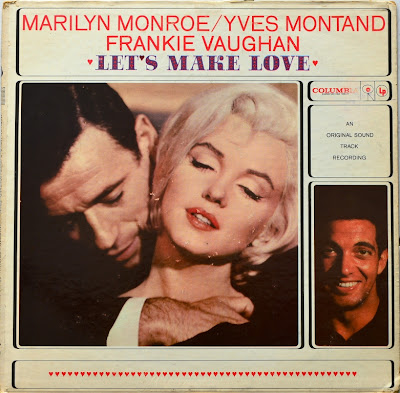 The album contains some famous Monroe hits like the song which is named after the movie: 'Let's make Love', 'My Heart Belongs to Daddy' or 'Incurably Romantic' . These are as you would expect them with Marilyn's sexy and vibrating voice. Very well performed and fun to listen too. But there are also some other much more interesting tracks. My favorite: 'The Strip'. A very interesting instrumental piece woich starts with some very dynamic percussion. Then a groovy piano kicks in which hands over to a bass. The bass drums on this beat are kicking very low. The piano has incredible attack. The bass is recorded with tons of color. Another instrumental track is called 'Latin One'. As the name implies it is a piece with latin style, but merely a hint of it. It has a lot of free jazz elements and could well have been improvised. Very percussion driven complemented by a piano. A title which you would not expect from such an album. 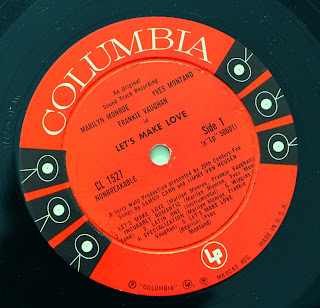 The record was released on the Columbia 'six eyes' label which is known for excellent recording quality. The voices on this album are vibrant and lively with lot's of goose bump potential. My copy is recorded in mono. Not sure if it was ever released in stereo too. Even being mono the album surprises with a lot of depth. Very different from modern audiophile recordings. The treble is a little bit attenuated, but not too much to loose detail. Lows are surprisingly well defined and powerful. Where this album delivers is in terms of atmosphere and timbre.

My copy of this album is quite worn, I got it from a flea market. Still it is fun to listen to. When the music starts it makes you forget about klicks and pops and it just draws you in. 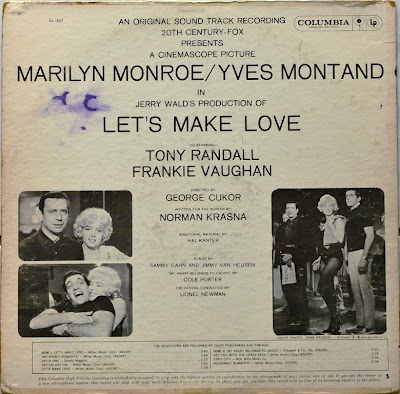 Thomas
Posted by VinylSavor at 01:23