This is another one of my favorite Jazz records. Milt Jackson and John Coltrane on the album Bags & Trane: 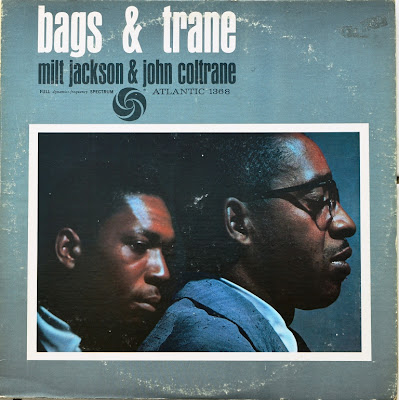 A great record with two giants of Jazz. Milt Jackson, a member of the Modern Jazz Quartet, the greatest vibraphone player and John Coltrane a genius on the saxophone. This was the only recording with these two musicians together. 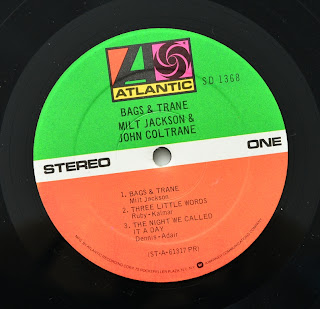 Bags & Trane was released on the Atlantic label in 1961. The title of the album is composed of the nicknames of the two musicians. The first track, which is named like the album, starts rather calmly with a duet of Coltrane and Jackson, complemented by percussion and bass in the background. The opening sounds very much like other Modern Jazz Quartet titles. After about a minute it gets more serious when Coltrane plays solo. He hands over to the piano, which is followed by an amazing bass solo. The bass is played with a bow, rather than picked. This bass solo is full of tone and colour. After the bass solo, Coltrane and Jackson end the title playing in a duet again. I remember playing this piece on the European Triode Festival 2003 in Langenargen through my EC8020 differential phono stage. It received a lot of applause.

Although very different, Coltrane's style blends in nicely to the Modern Jazz Quartet sound. However he tends to dominate whenever the action is handed over to him, especially noticeable during the first title on the second side: Be-Bop. A fast piece in which Coltrane gets carried away and the other musicians have a hard time to keep up. 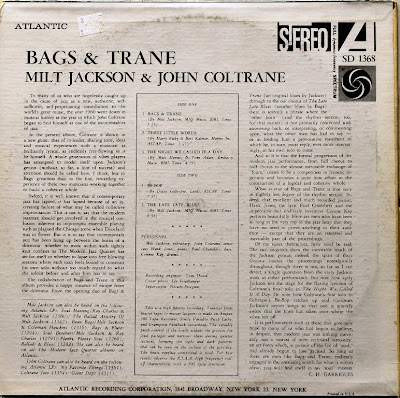 A great classic Jazz album which should not be missing in your collection, if you are into such kind of music.