The previous 4 parts covered the circuits of signal section and power supply as well as the assembly steps for signal unit and PSU. This last post will be about the sound of this unit and it's usage. 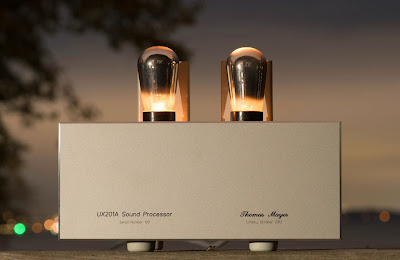 First I'd like to explain a bit more about the purpose of this design as it might not have become very clear in the previous articles. I have been experimenting with the UX201A many years ago and found that it has a very unique sound character. It is not quite as neutral as other directly heated triodes with thoriated tungsten filaments, as the 10Y. It adds a slight bit of sweet icing on the cake. 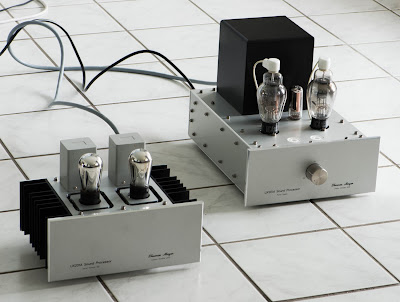 It does this in a very subtle way, without impacting resolution much. This is not generating what many people (falsely) think 'tube sound' is. Bass response stays firm and solid (if the rest of the system is good in this respect). Treble does not get attenuated (this unit has a quite wide frequency response). The tube adds a little bit of distortion which apparently is very pleasant for the ear. It seems to enhance tone colours and can take a bit of harshness away especially from digital sources. 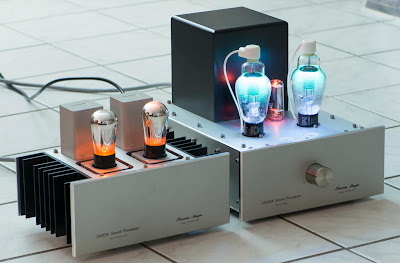 This can be just the right ticket if the CD-Player in the system is a bit too harsh sounding. But don't expect miracles from this unit, it cannot turn a poor sounding CD-Player into a good sounding one. The effect could also be described as putting a very tiny bit of patina to the sound. Giving it a hint of 'vintageness'. With some recordings tone colours seem to get some golden shine.

Normally my goal is to have as neutral and transparent music reproduction as possible. But since the effect of this tube is so unique, I wanted to give it another go. That's also the reason why I called it a Sound Processor. It could actually be built as a complete line stage. In fact that is how I am using it in the moment in my workshop. It drives a passive volume control unit with AVCs:

I have no analog front end yet in my workshop. I am currently using a vintage Philips CD101. 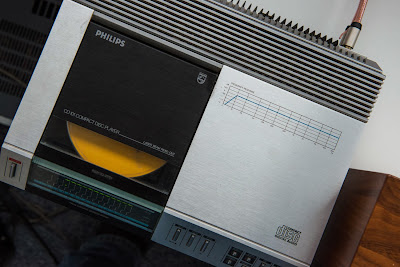 The UX201A Sound processor is just perfect to spice up the signal from this player a bit. In fact it is quite listenable and works remarkably well in this set up. Of course the system will get a proper analog front end later on. When it is complete I will post an article about my workshop system. 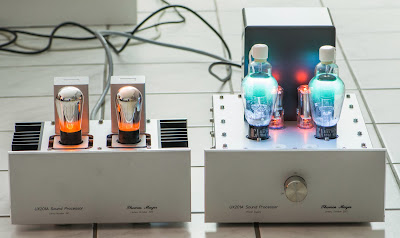 This unit is not meant for absolute purists. But if you have fun playing around with the sound, this is right for you. It can be simply added into an existing system, either between any source and preamp, or between preamp and power amp. 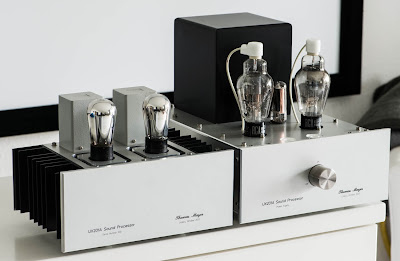 It has a high input impedance thus it is an easy load for any source. Output impedance is low so it can drive long interconnects and power amps with low input impedance. It can be used either with tube or solid state amplifiers. 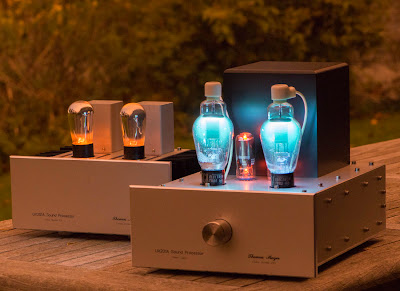 The 866A mercury vapour rectifiers add the proper visual magic to the sound it produces.

If the sound descriptions above seemed a bit far fetched or 'colourful', take it with a grain of salt. This is about playing with the sound and that is very subjective and difficult to put in words. 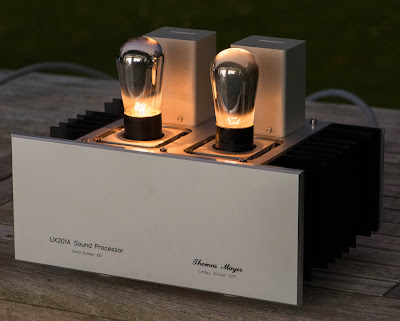 Email ThisBlogThis!Share to TwitterShare to FacebookShare to Pinterest
Labels: 01A, 866A, UX201A