First sounds from one channel of the 211/211 amplifier! 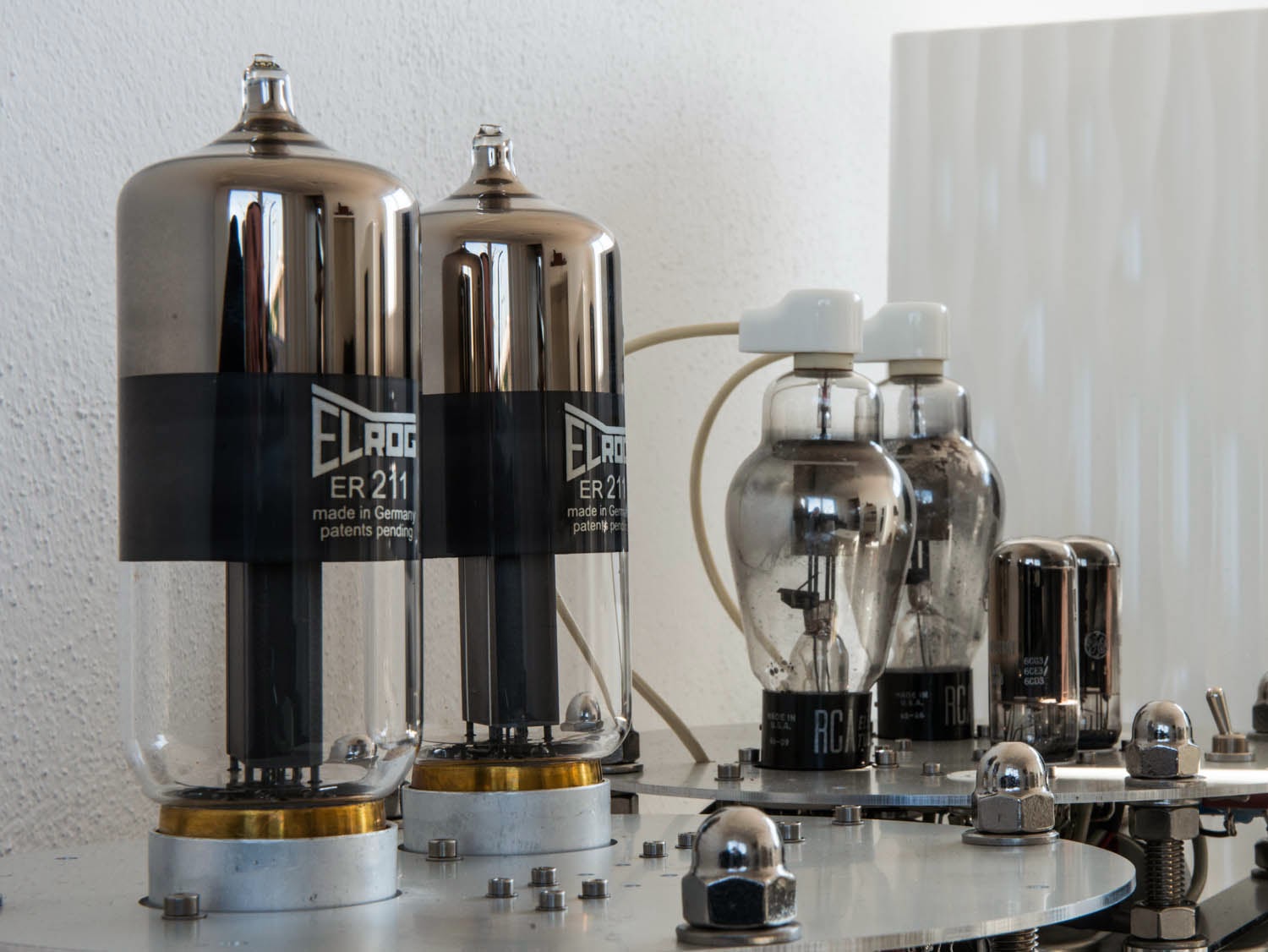 After the first amplifier section was finished, I did the assembly of it's power supply unit which is built in the same circular style, with several round plates carrying submodules. Starting from the bottom, the first one holds the main power transformer for the high voltage and the connectors for umbilicals and mains, which plug in from the bottom: 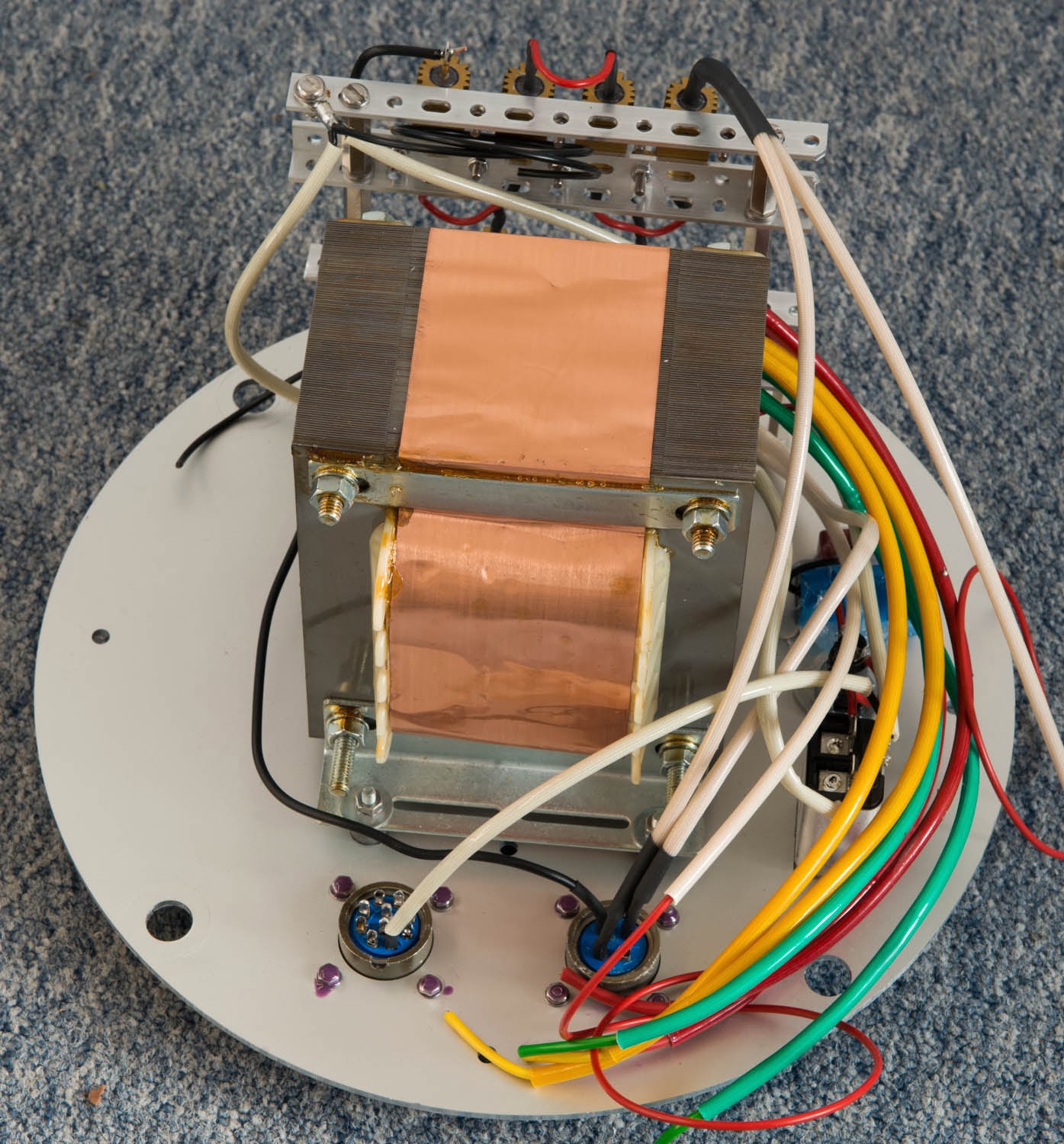 A set of bleeder resistors is mounted on the same sub assembly: 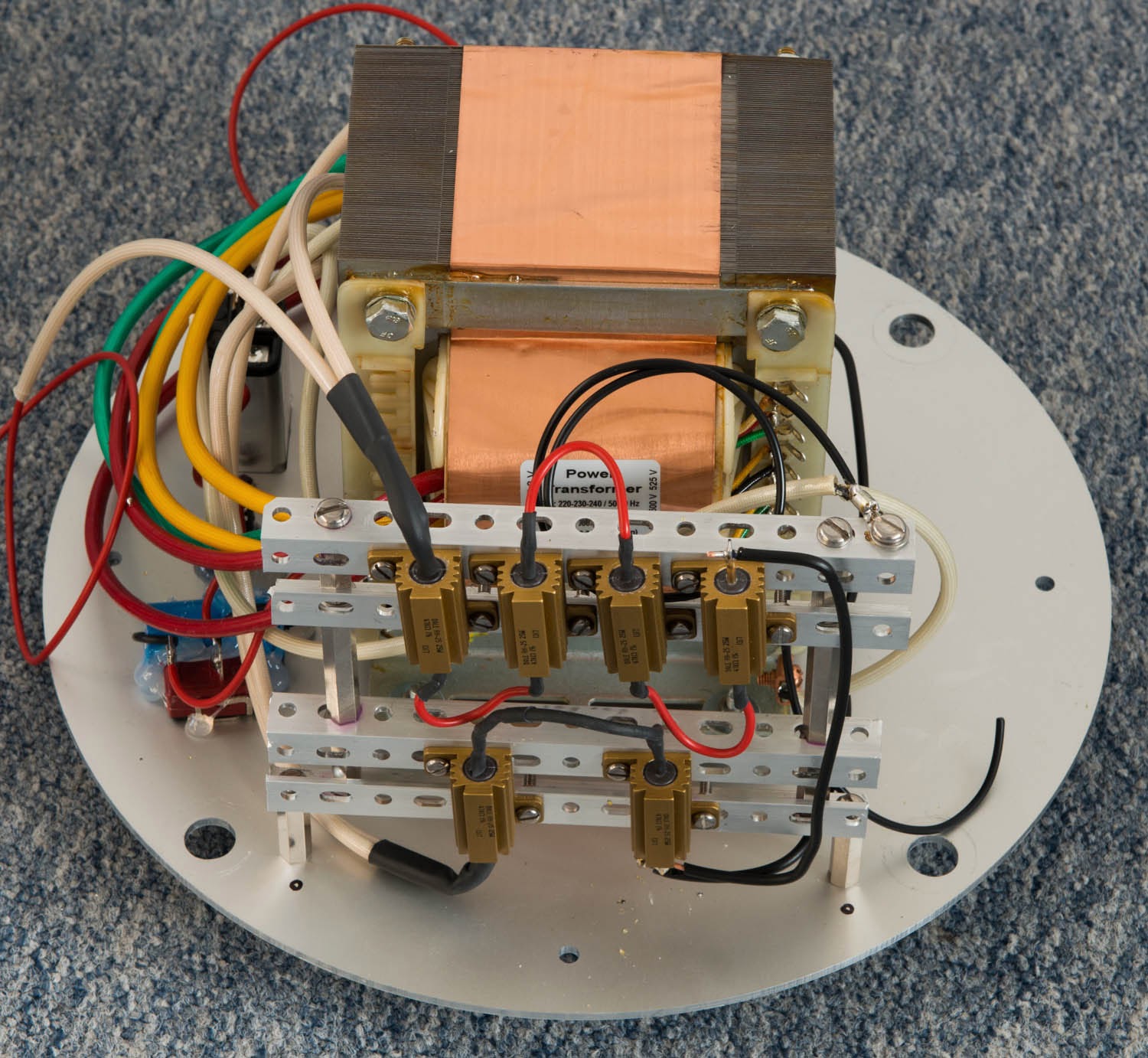 The next level holds the filament transformers and chokes: 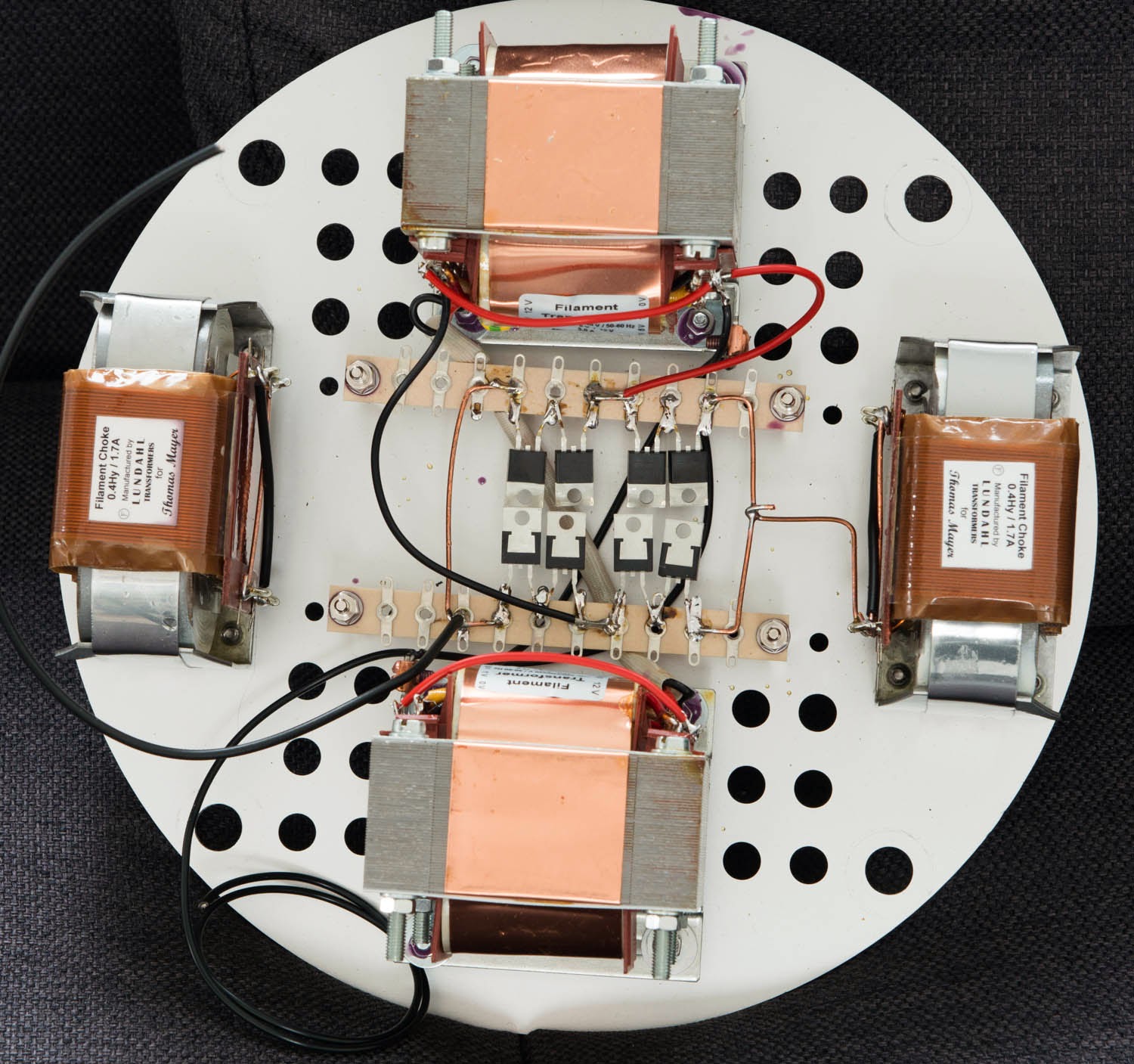 The rectifier bridges for the filament voltages are mounted on solder terminals in the middle, stacked on top of each other: 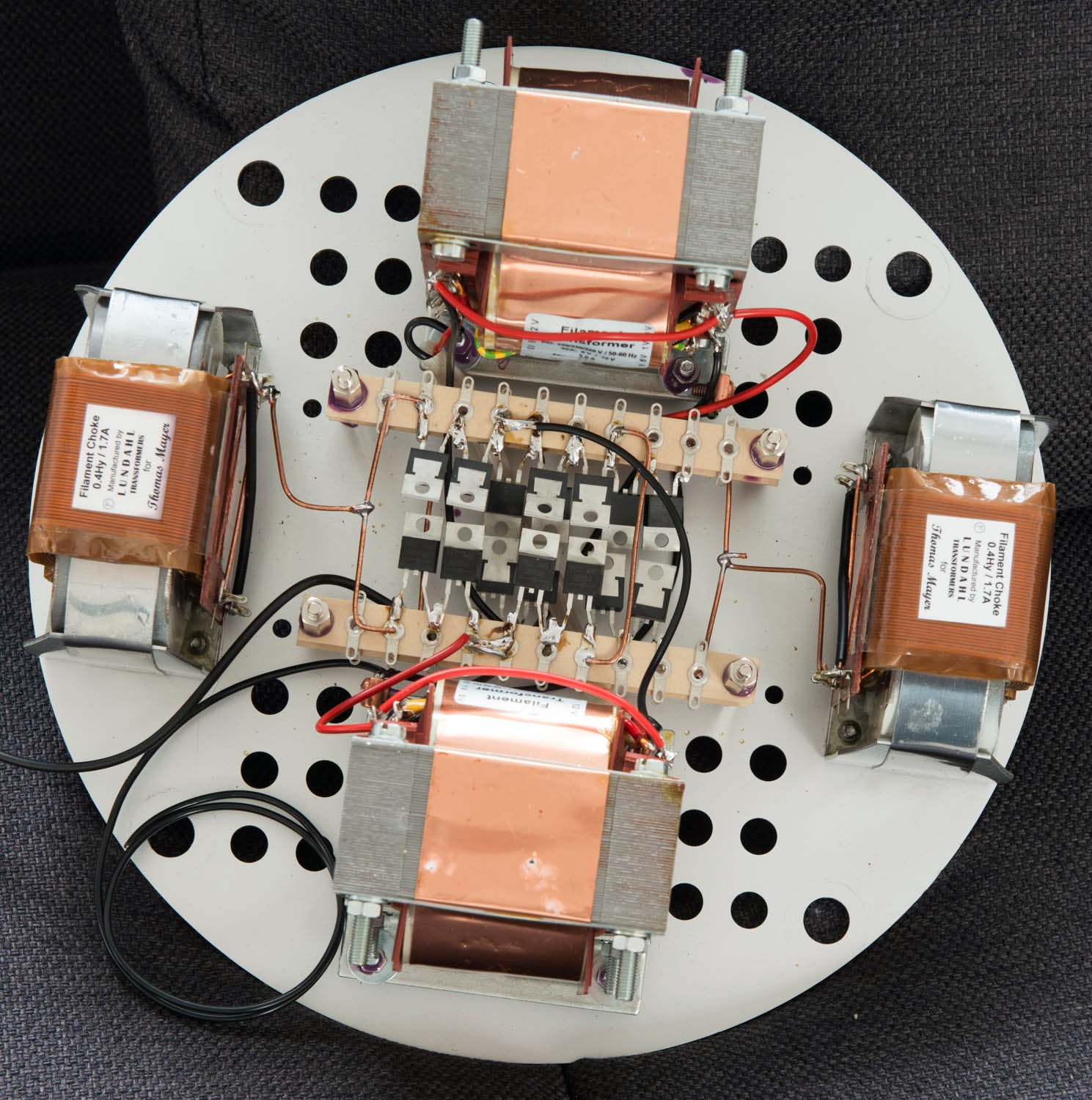 Then the smoothing caps for the filaments: 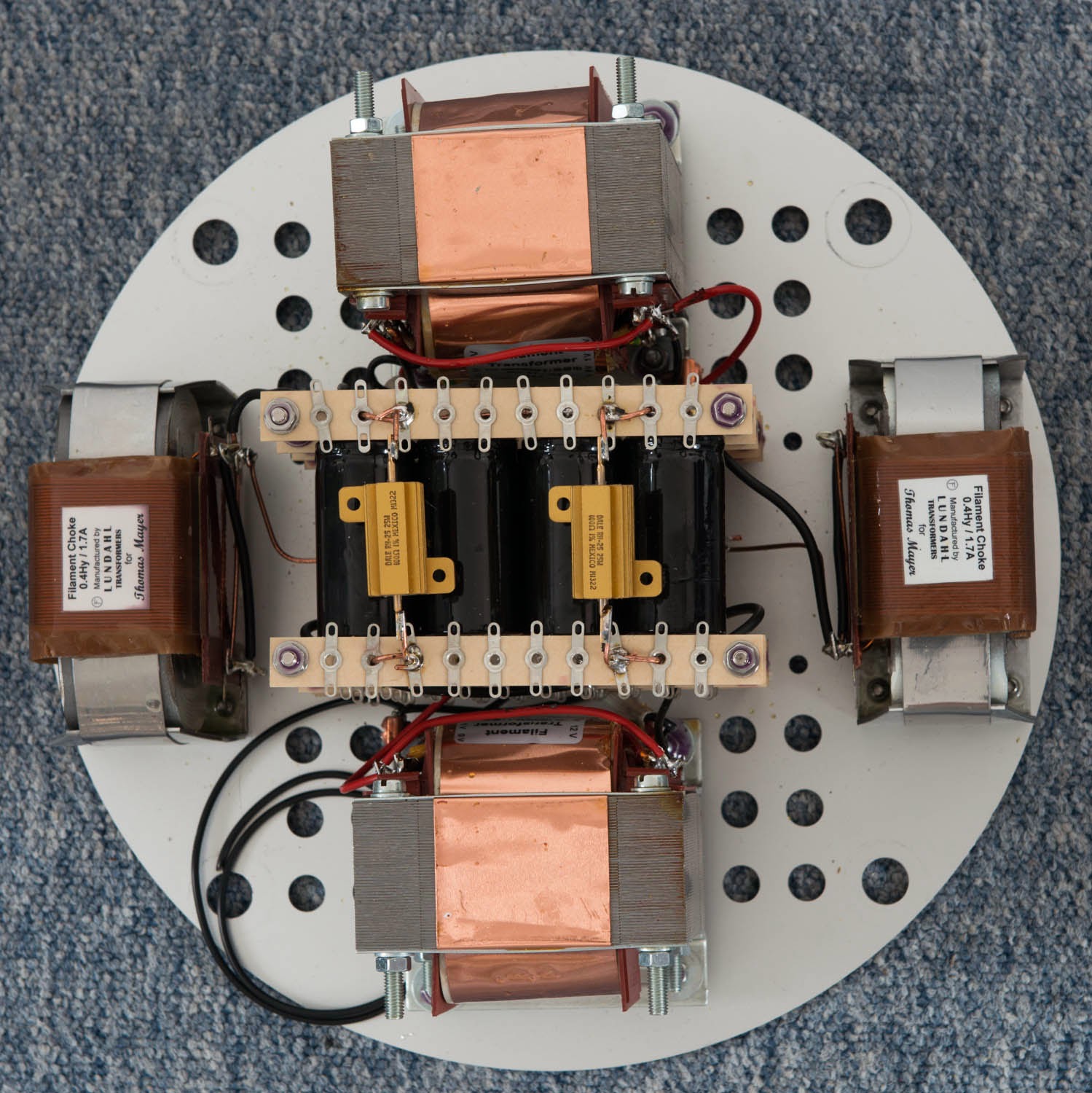 The two resistors on top of the stack are bleeder resistors to ensure the filament chokes will carry critical current for proper choke input operation even when the amplifier is disconnected from the PSU. 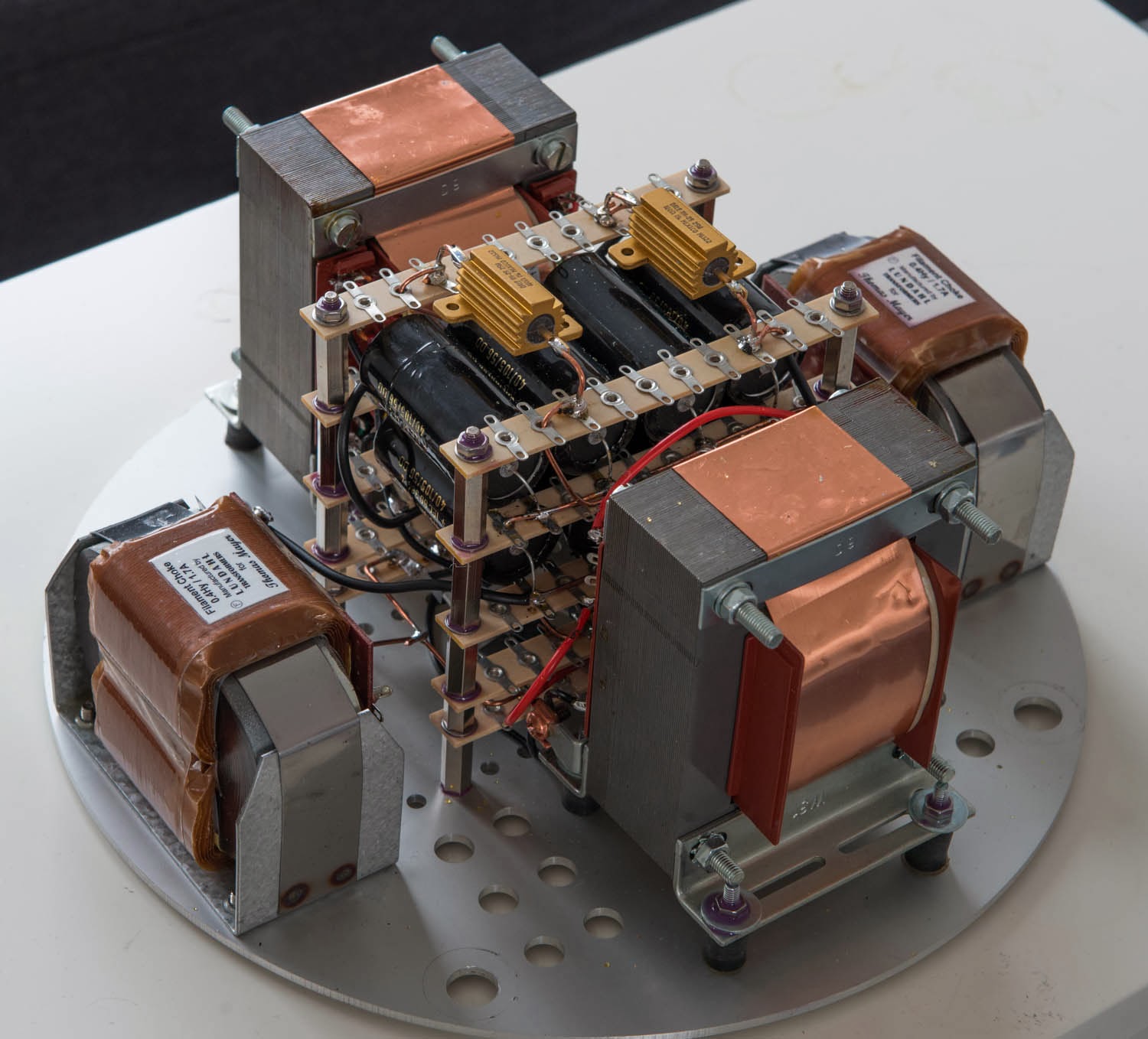 Chokes and large paper in oil caps for the smoothing of the high voltage supplies for output tube and driver: 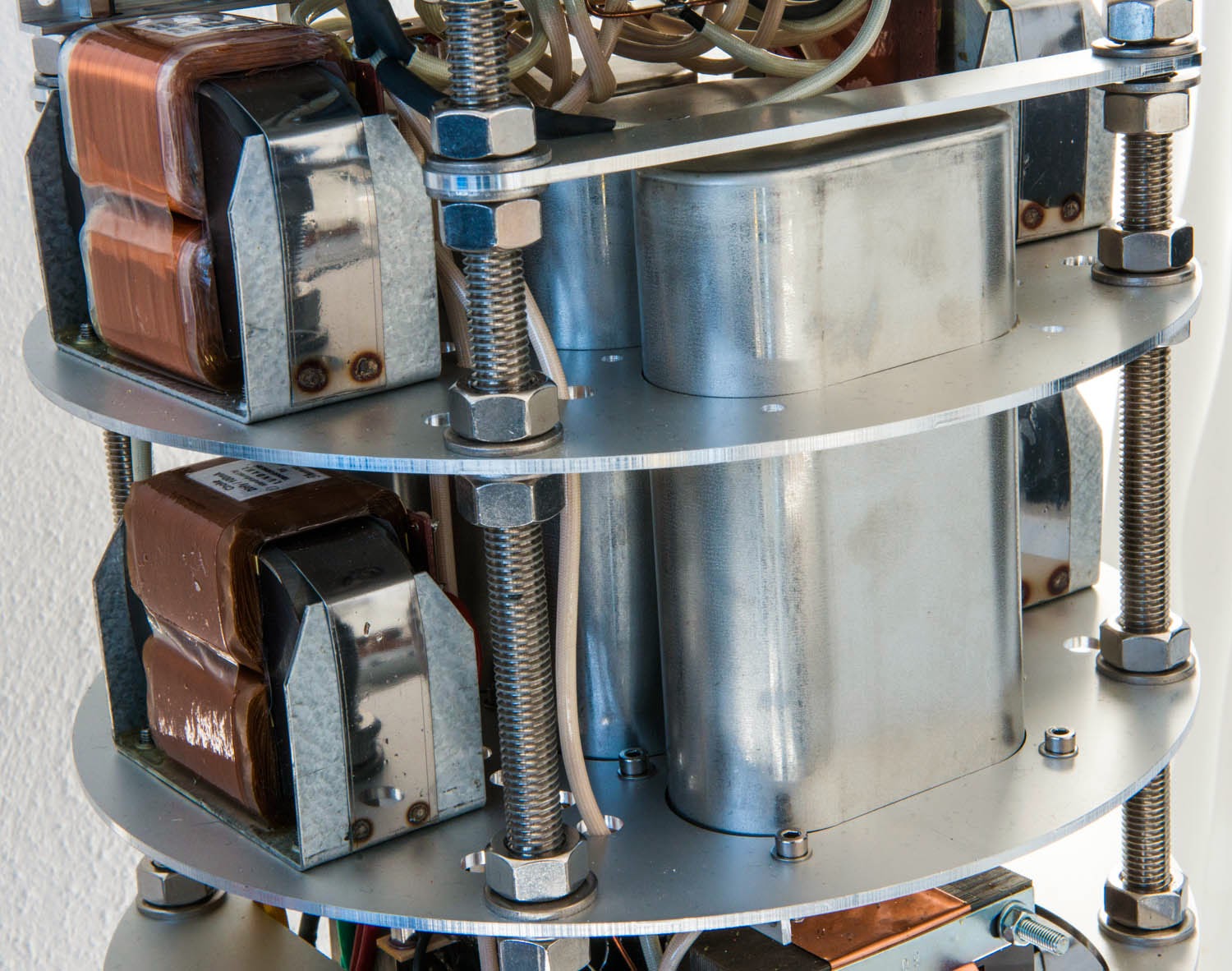 And finally the top plate which holds the sockets for the rectifier tubes: 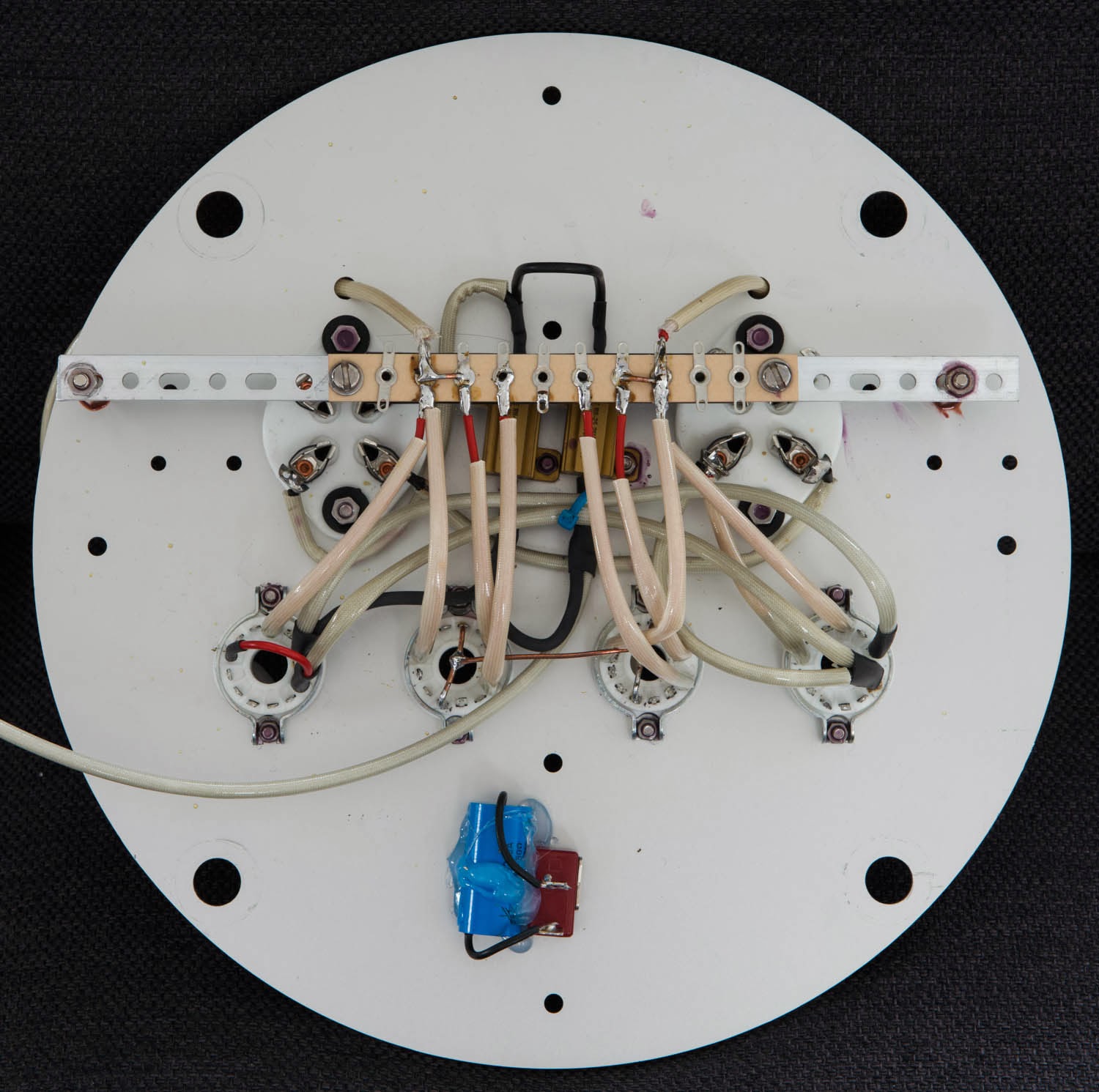 Rectification is done with a full wave bridge which can either consist of a pair of mercury vapour 866A, supplemented by a pair of 6CG3 TV dampers, or alternatively a bridge of 4 6CG3s. 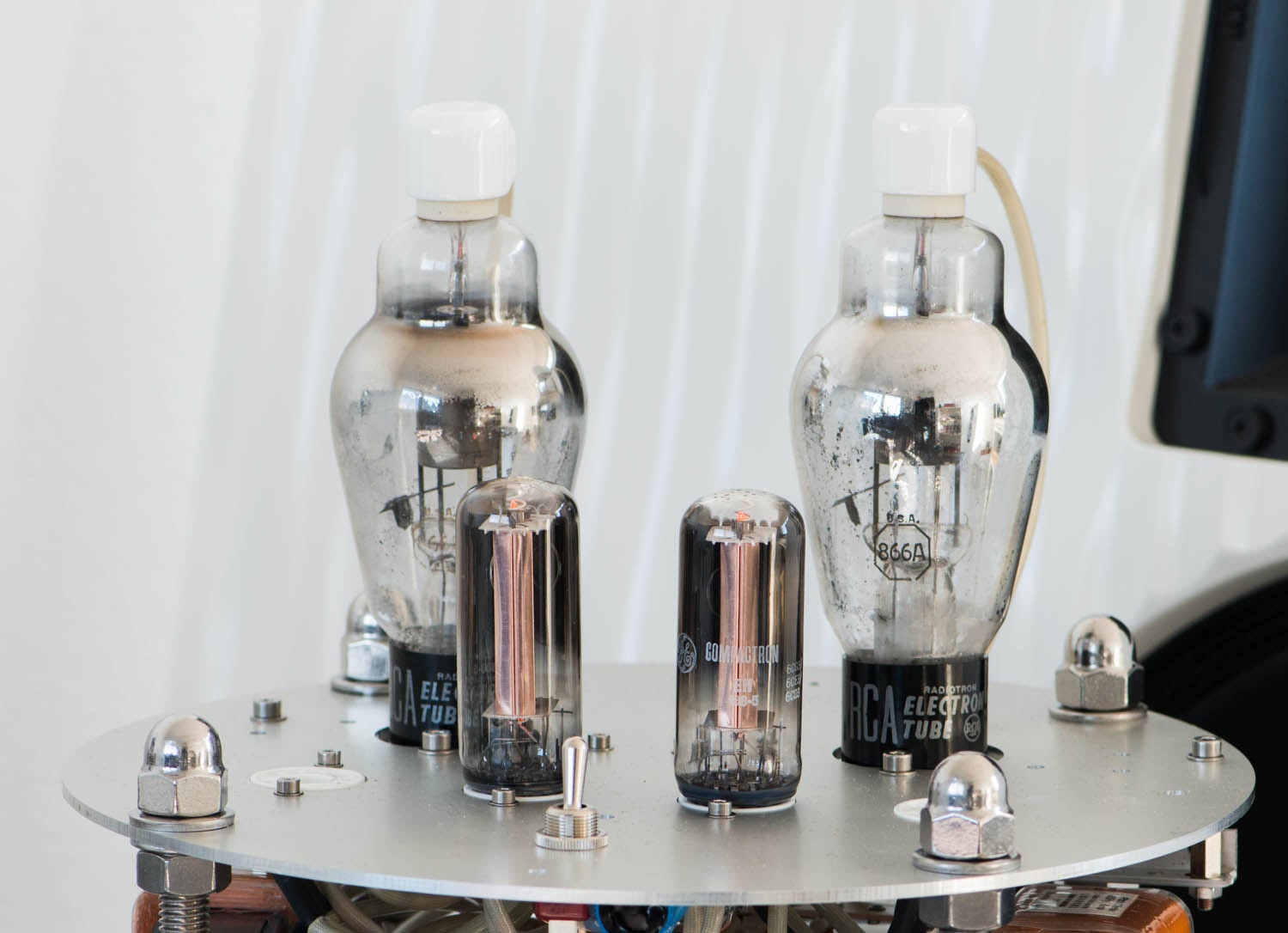 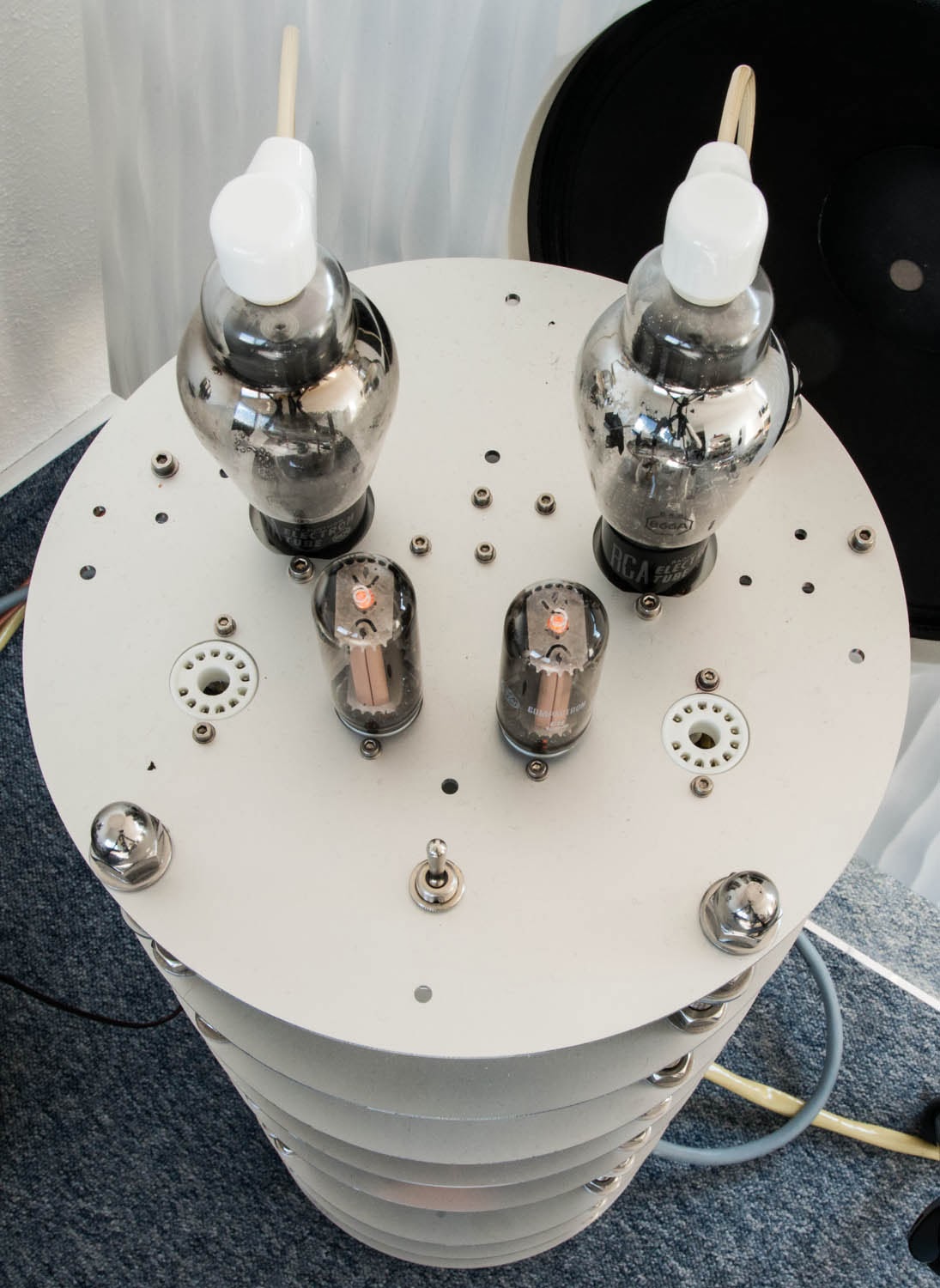 The blue glow of the mercury rectifiers: 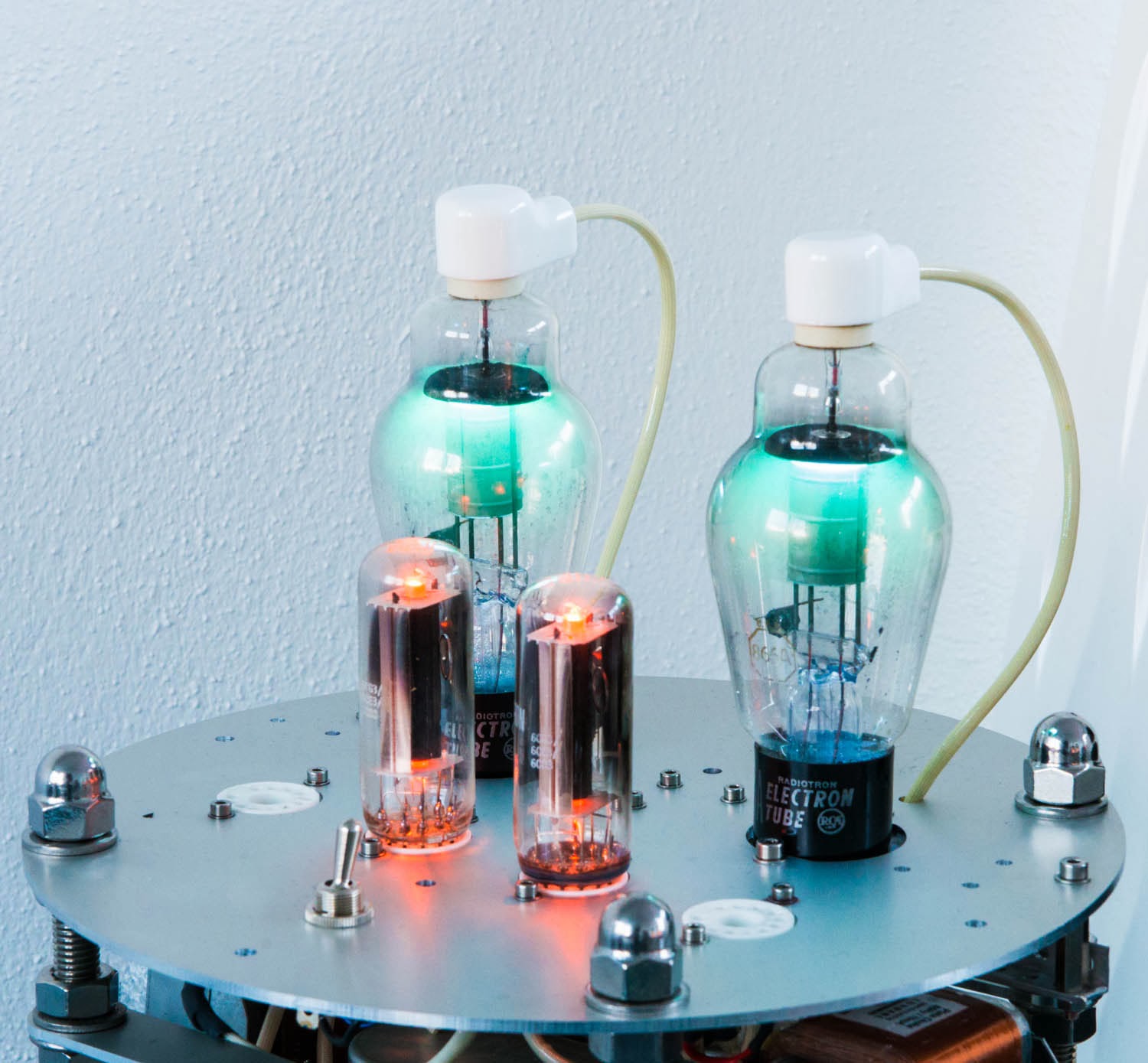 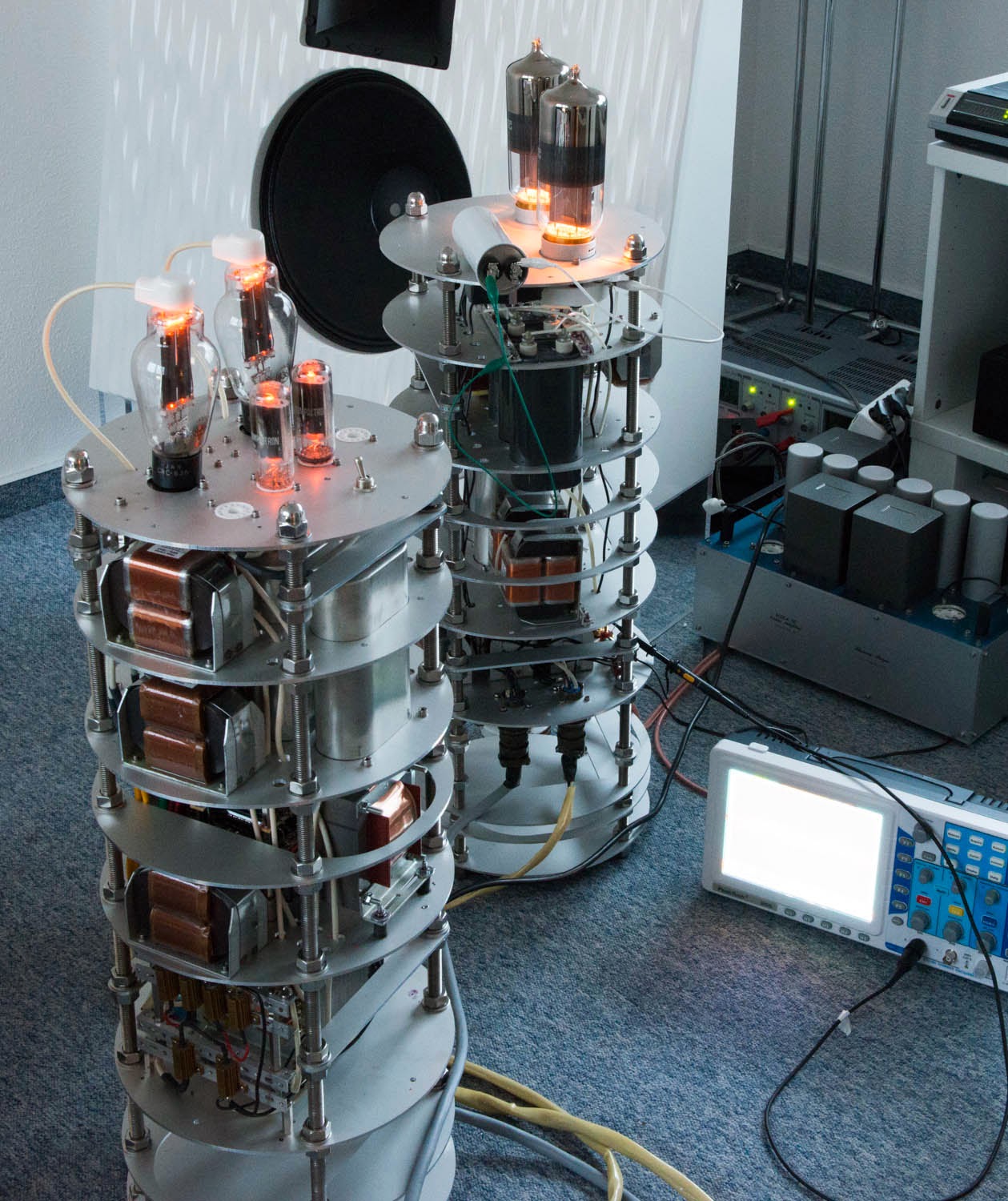 The capacitors lying on top of the amp is a last minute tweak. The amp is playing nicely, tweaking is finished and the assembly of the second channel can start. Different versions for the housing are also in preparation. Stay tuned! 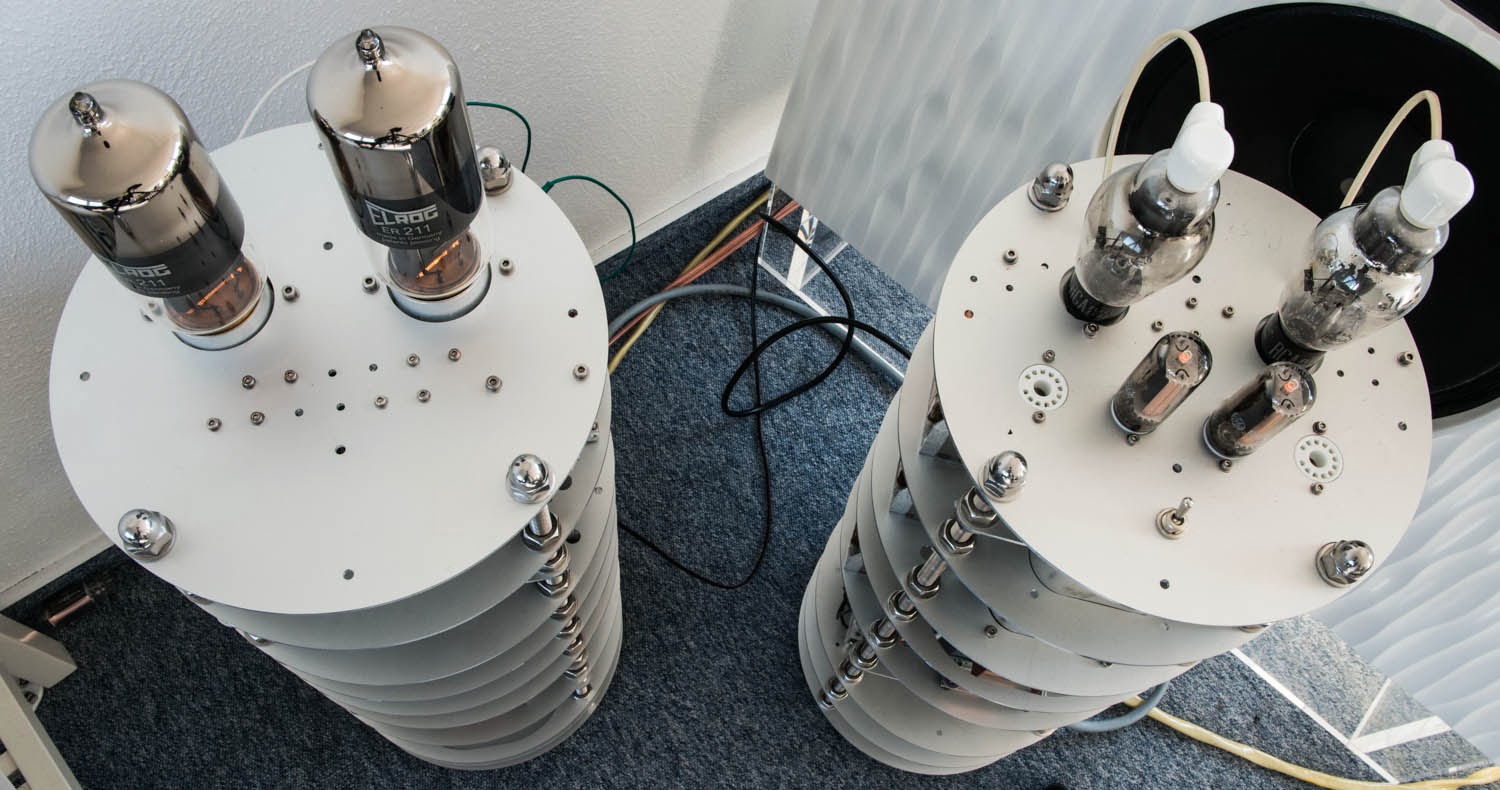