In part 1 of the series about Shellack reproduction, I covered the basics about the different EQ curves used.  In this post I will show the circuit of a variable EQ preamplifier for Shellac playback. 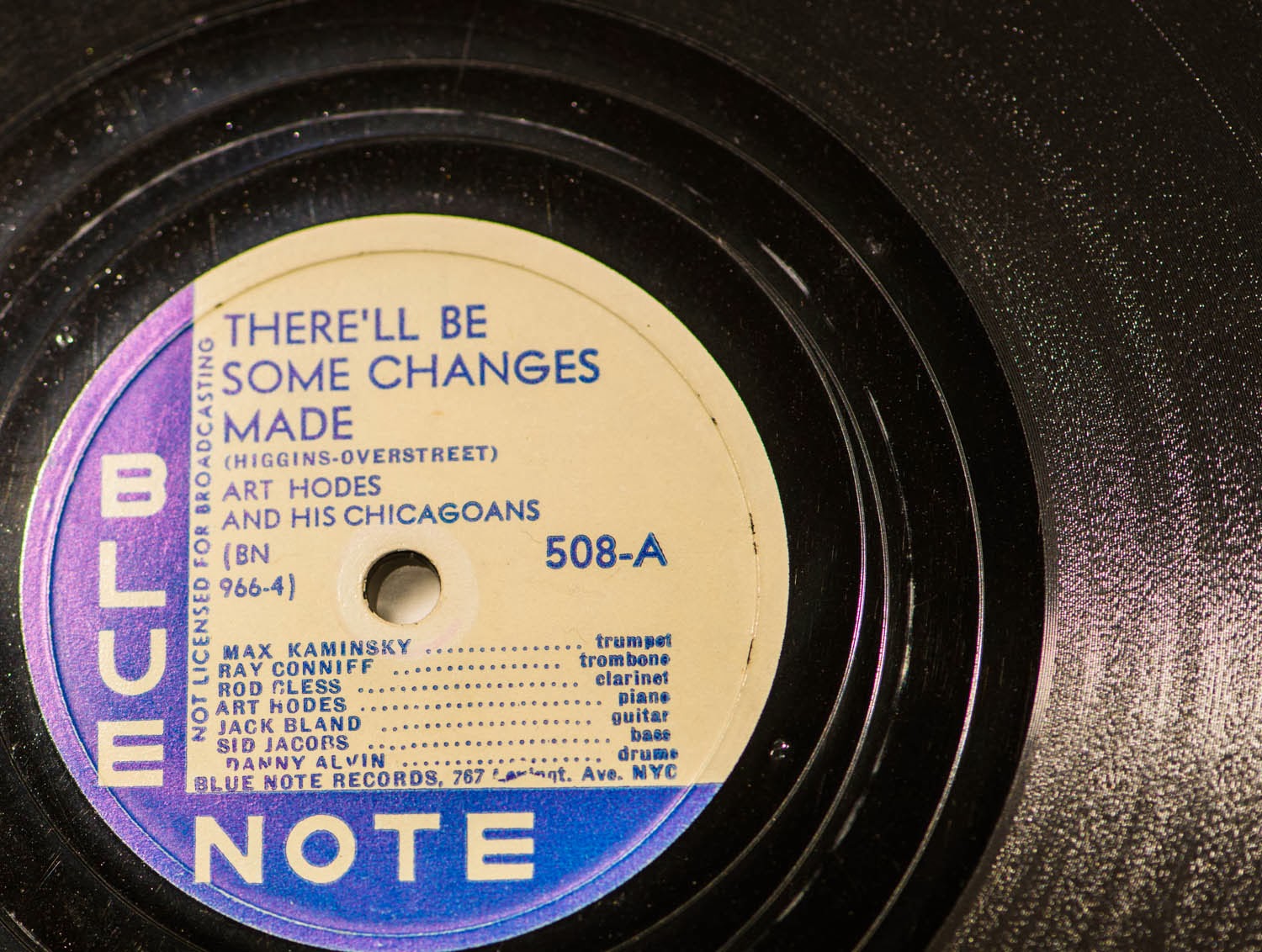 In the first part the faceplate of the preamp was already shown with 12 settings each for the turnover frequency and 10kHz roll off. Turnover and 10kHz roll off shall be implemented passively and separately so that they do not interact with each other. This requires a 3 stage design. A first stage which drives the turnover EQ network and a second stage to drive the high frequency EQ. Followed by a first stage which should provide low output impedance.

Although I am in favour of LCR EQ networks, implementing a total of 24 would require a lot of space and become impractical. Therefor the EQs will be implemented with RC networks. The bass EQ will require 3 passive components. An input resistor followed by a RC segment to ground which will determine at which frequency roll off will start and stop. A fixed 100k resistor can be chosen as input feed and a selectable RC segment based on each setting.

The high frequency EQ only requires a capacitor after the input resistor. The same 100k is chosen followed by selectable capacitance to ground. The flat (0dB) position will not require a capacity so that position of the switch will be left open.

Another factor which determines the tube choice is the overall gain needed. MC cartridges for Shellac records usually have a rather high output voltage compared to regular cartridges. I have chosen the Ortofon SPU MONO CG 65 which has an output voltage of 1.5mV at an internal resistance of 6 Ohms. So with a step up transformer this will deliver 10-20mV depending on the step up ratio used. The loss in the EQ networks will vary depending on the EQ setting. This can be anywhere from around 20dB to a bit over 32dB loss. The preamp shall be used with an active line stage, so a sensible raw gain (excluding step up transformer) would be in the range 60-70dB which would leave 30-50dB after the EQ, depending on the EQ setting. Adjustment of the gain could still be done with choice of MC step up transformer.

In the last tube of the month article I already presented the 6SN7, which seems perfect for the job. It has a mu of 20 and a plate resistance of 7kOhm. With resistive plate load this would give a gain of about 15 at an output impedance of around 5kohms. The two 6SN7 stages (one triode system per stage) would result in a raw gain of 225.

To bring that up to the desired total gain we need another factor of 5 or 6. A 6AH4 seems perfect for the job with it's mu of 8 and plate resistance of 1780 Ohms.

This is a sketch of the circuit: 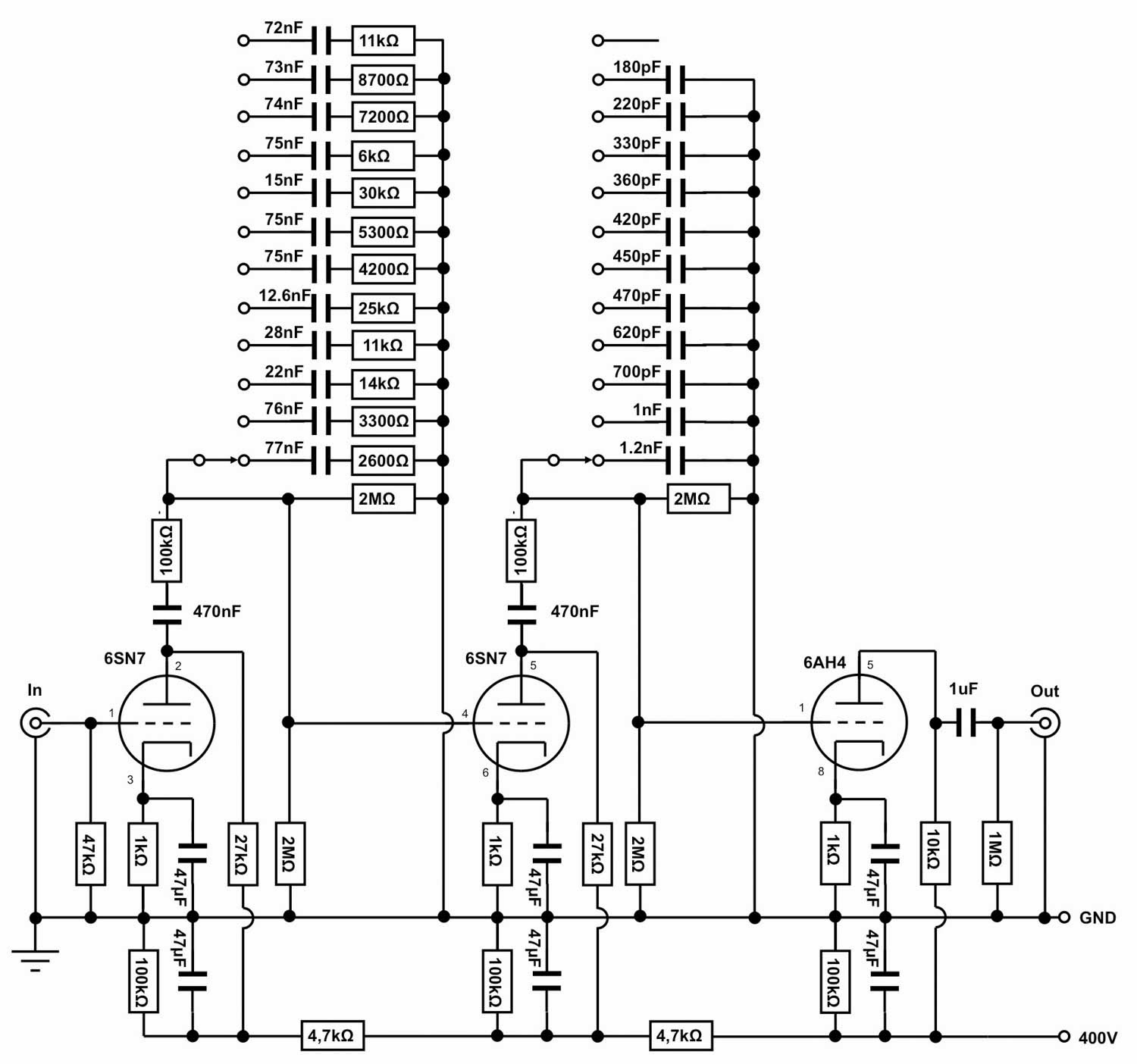 The values of the resistors and capacitors in the EQ networks might need some tuning.

The prototype build of this circuit will be shown in part 3. Stay tuned!