Since the first phase gave such great results, I decided to proceed with yet another even further cost optimised version of the D3a phono preamp with LCR RIAA. There are three versions now: 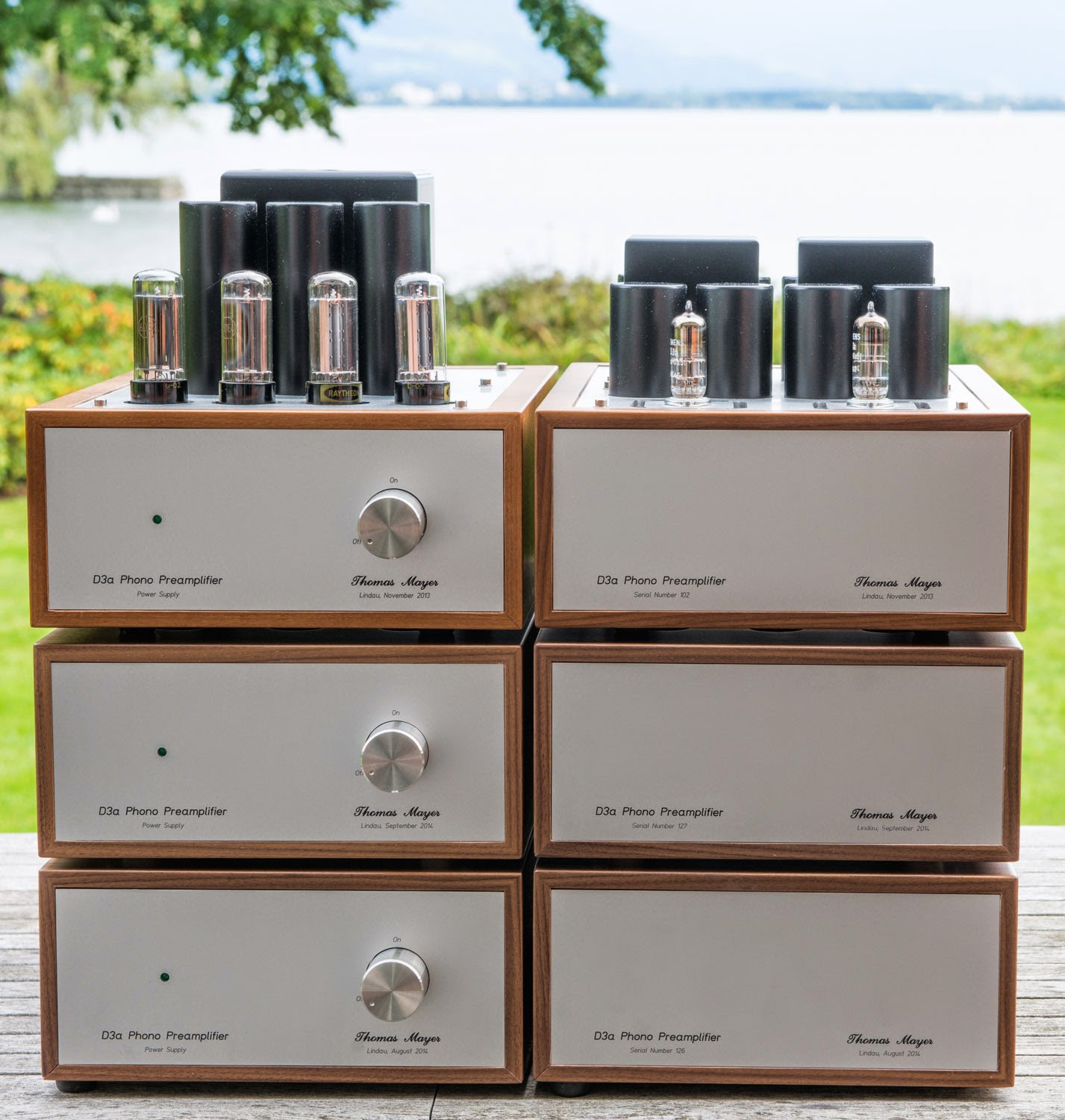 On top the original full blown version with lots of chokes in the power supply and oil caps throughout in the high voltage sections. Power supply on the left and signal section on the right. Due to the many parts, the top of the chassis is also utilised. In the middle a newly built set of Phase 1 cost down as previously described and at the bottom the new phase 2 concept. 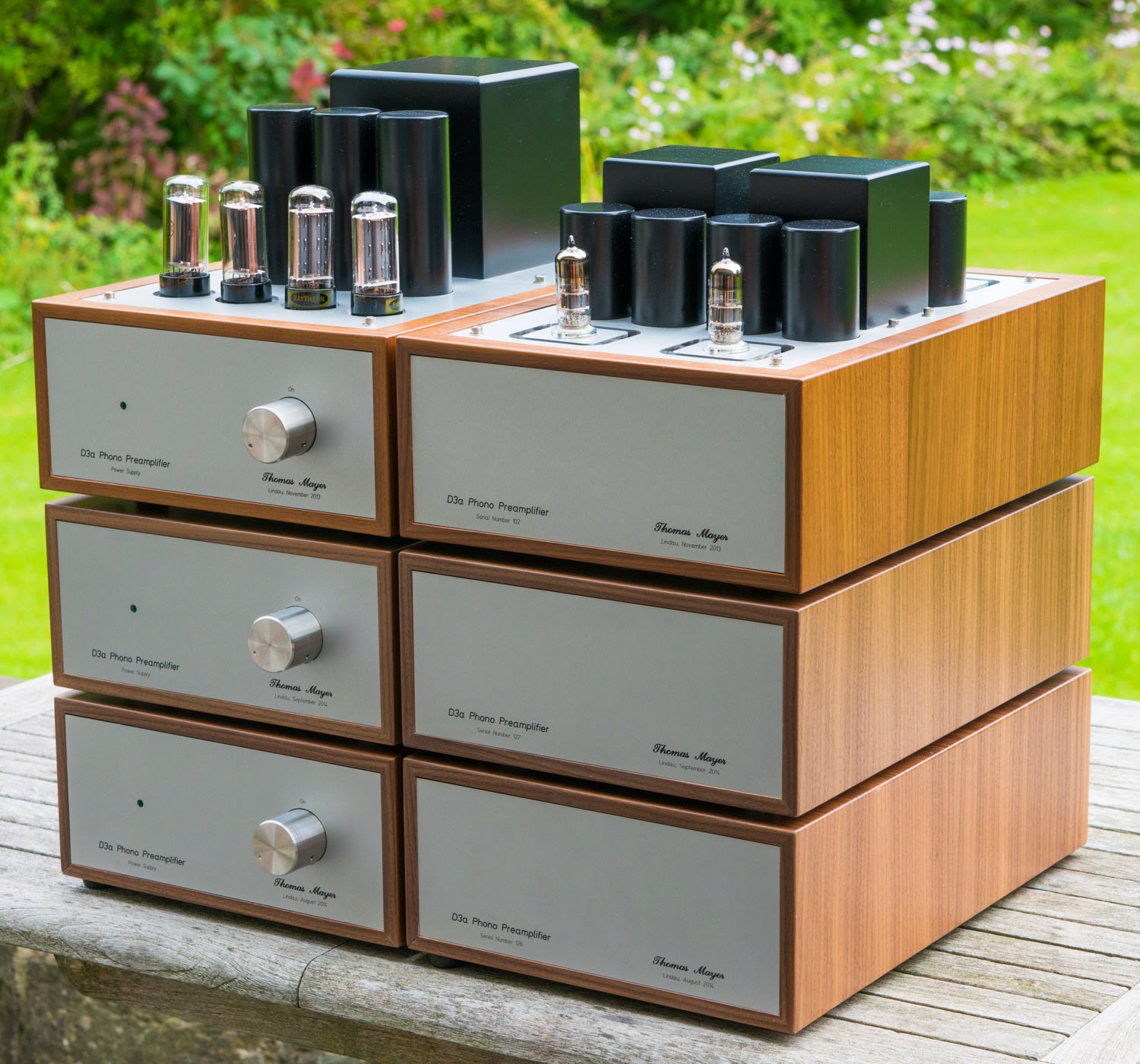 Phase 1 and 2 share the exact same chassis style. The power supply is kept separate. They only differ in the components used inside. In phase 1 both stages are transformer coupled for a very low output impedance. Here a photo of the sub modules of phase 1: 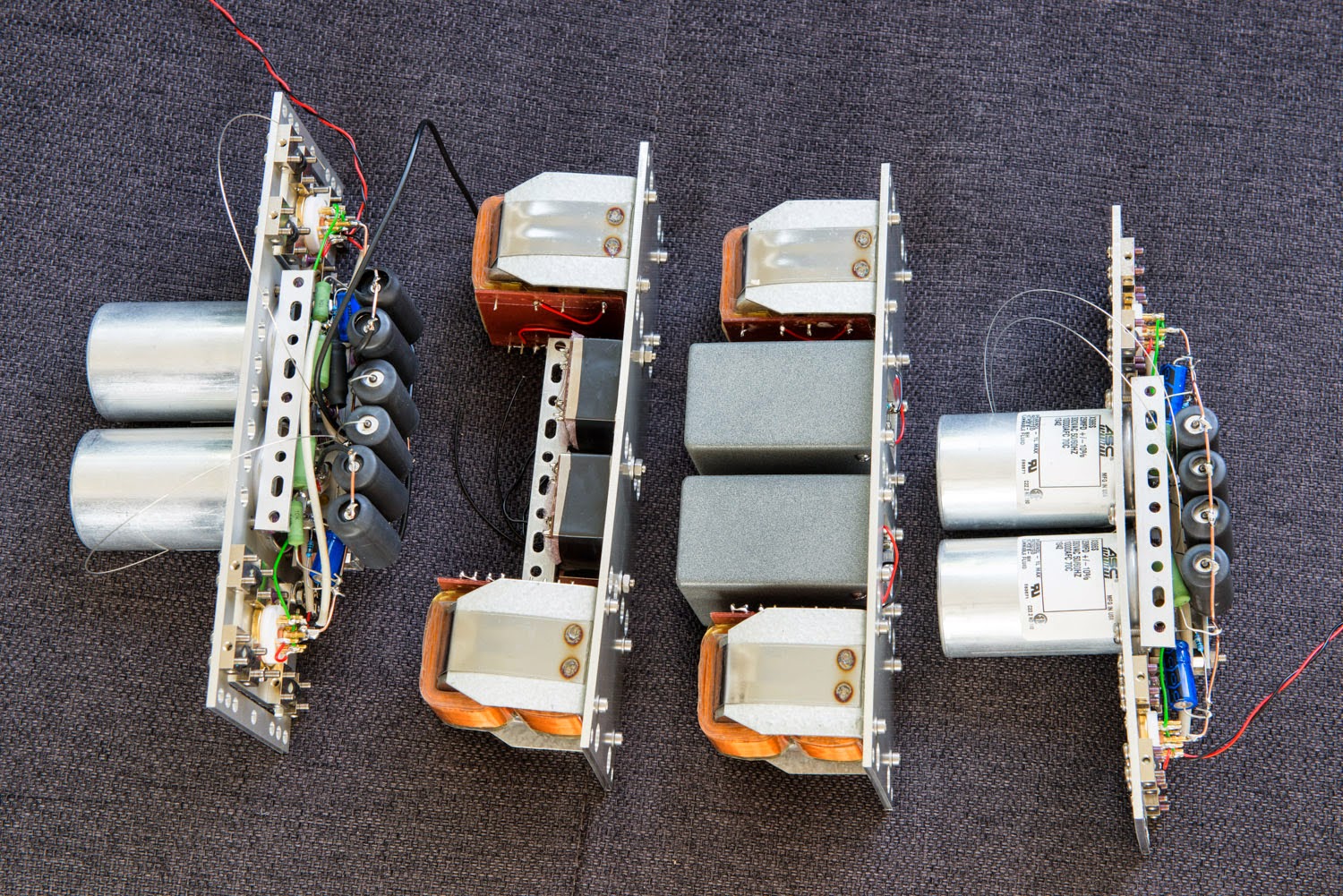 In order to bring cost down, phase 2 has a RC coupled output stage. This has a higher output impedance which is still below 2kOhm. Not super low but still well usable if interconnects to the line preamp are not too long. Here the sub assemblies of phase 2 in comparison: 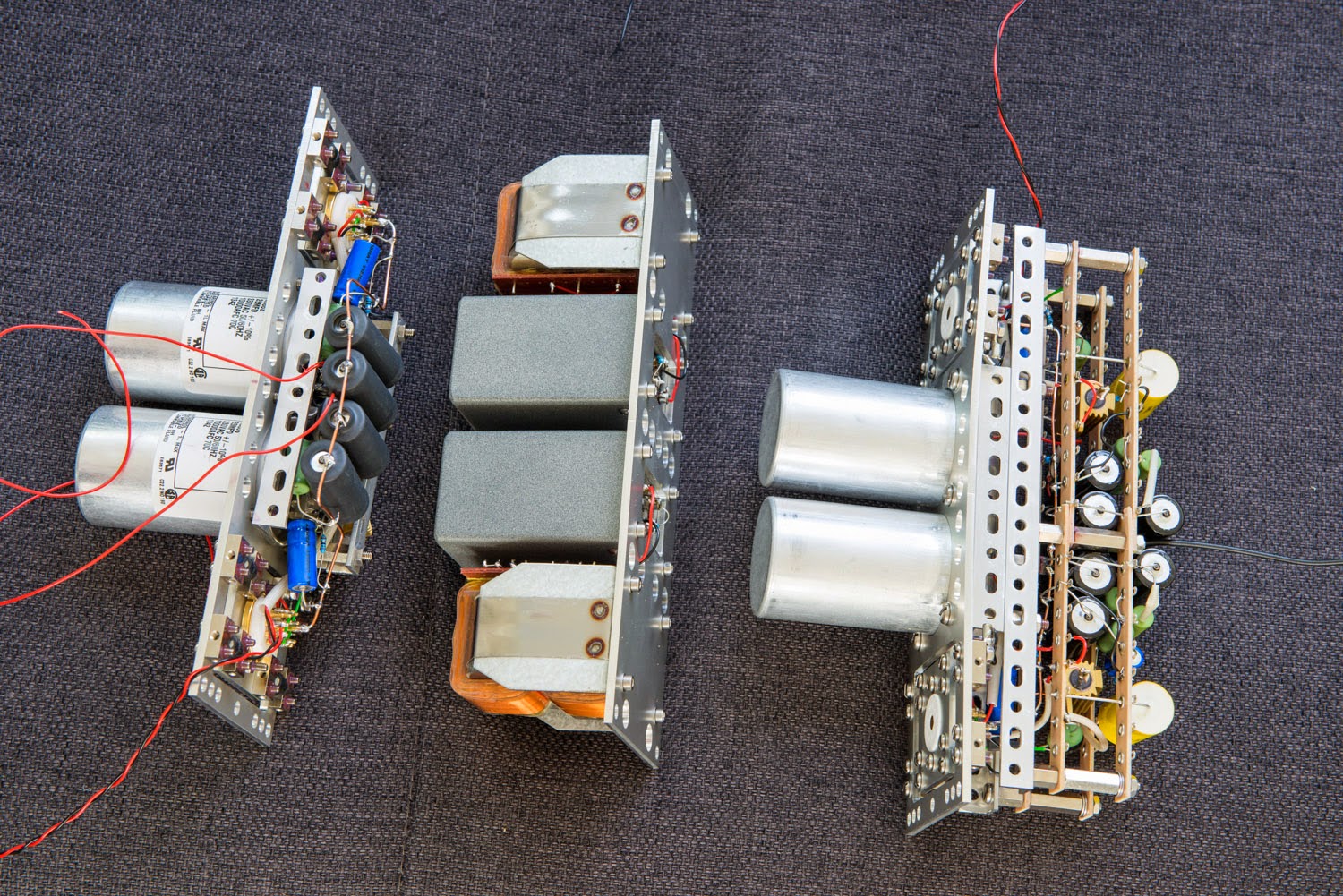 The same potted LCR modules are used which are driven by the same interstage transformers. Input stages are basically identical. 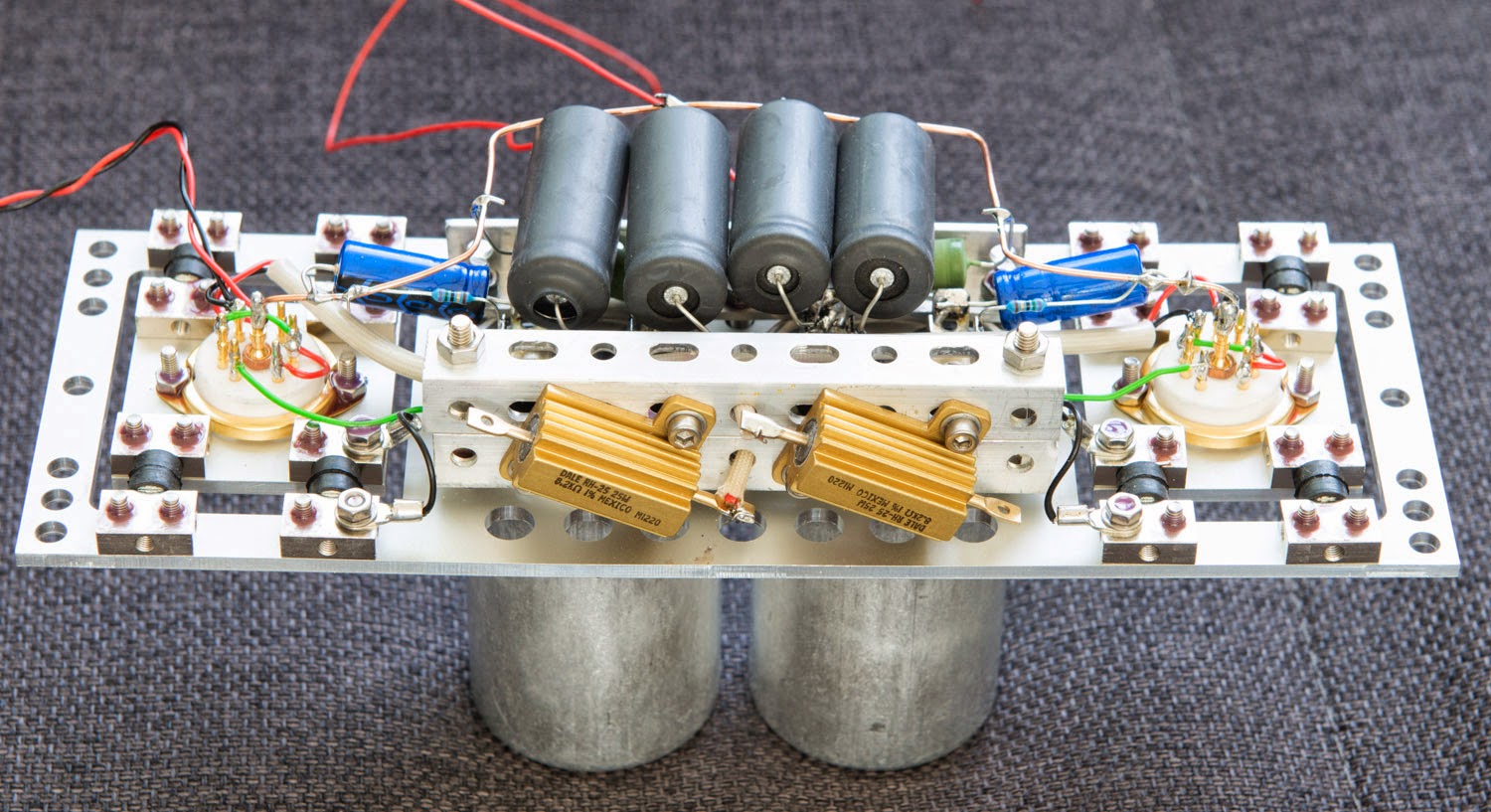 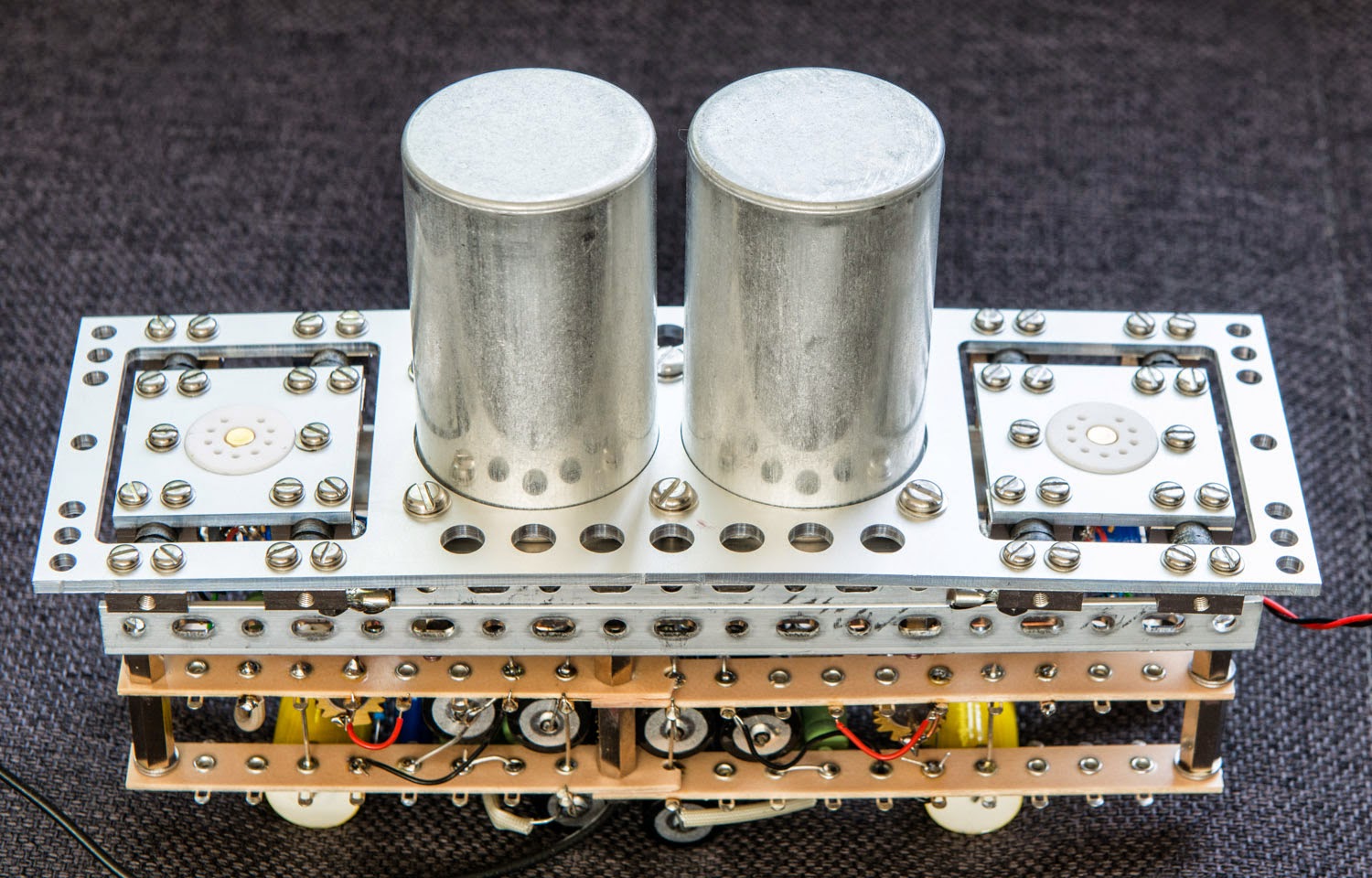 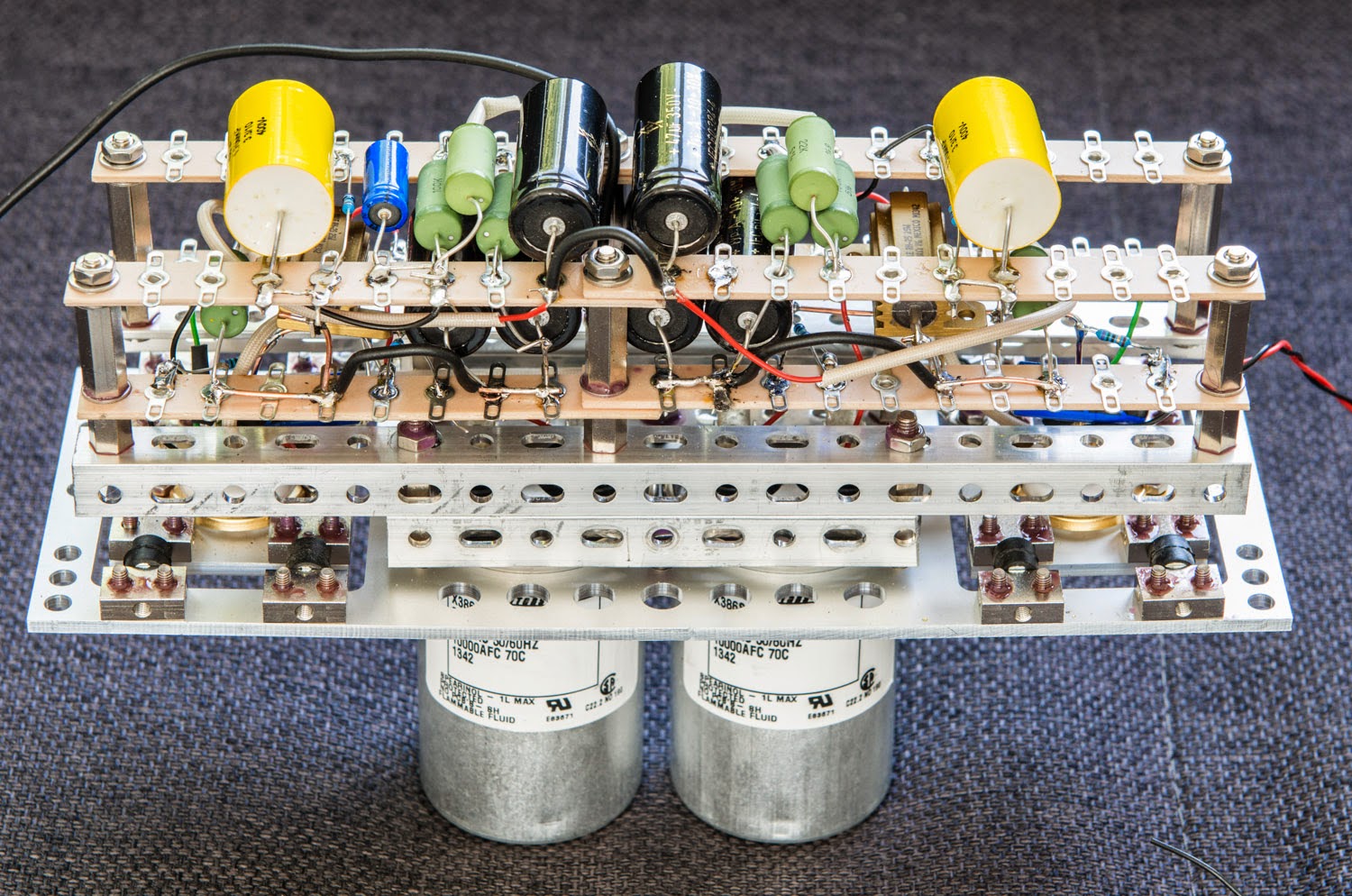 Two different output coupling caps are mounted which can be fired alternatively. The large oil caps can be used if needed or the yellow MKP foil caps if the line preamp has a high enough input impedance. The fully assembled phase 2 signal section: 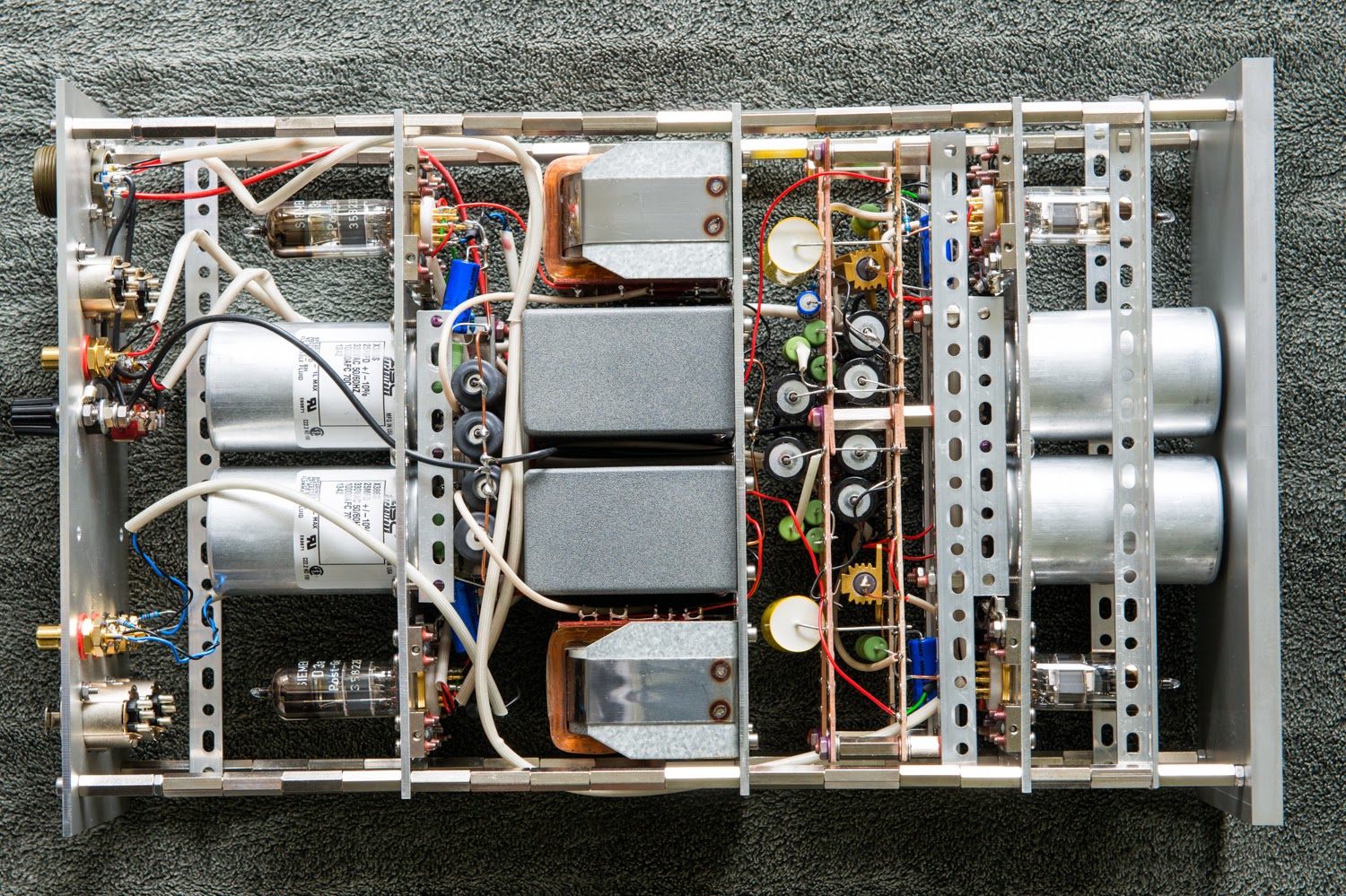 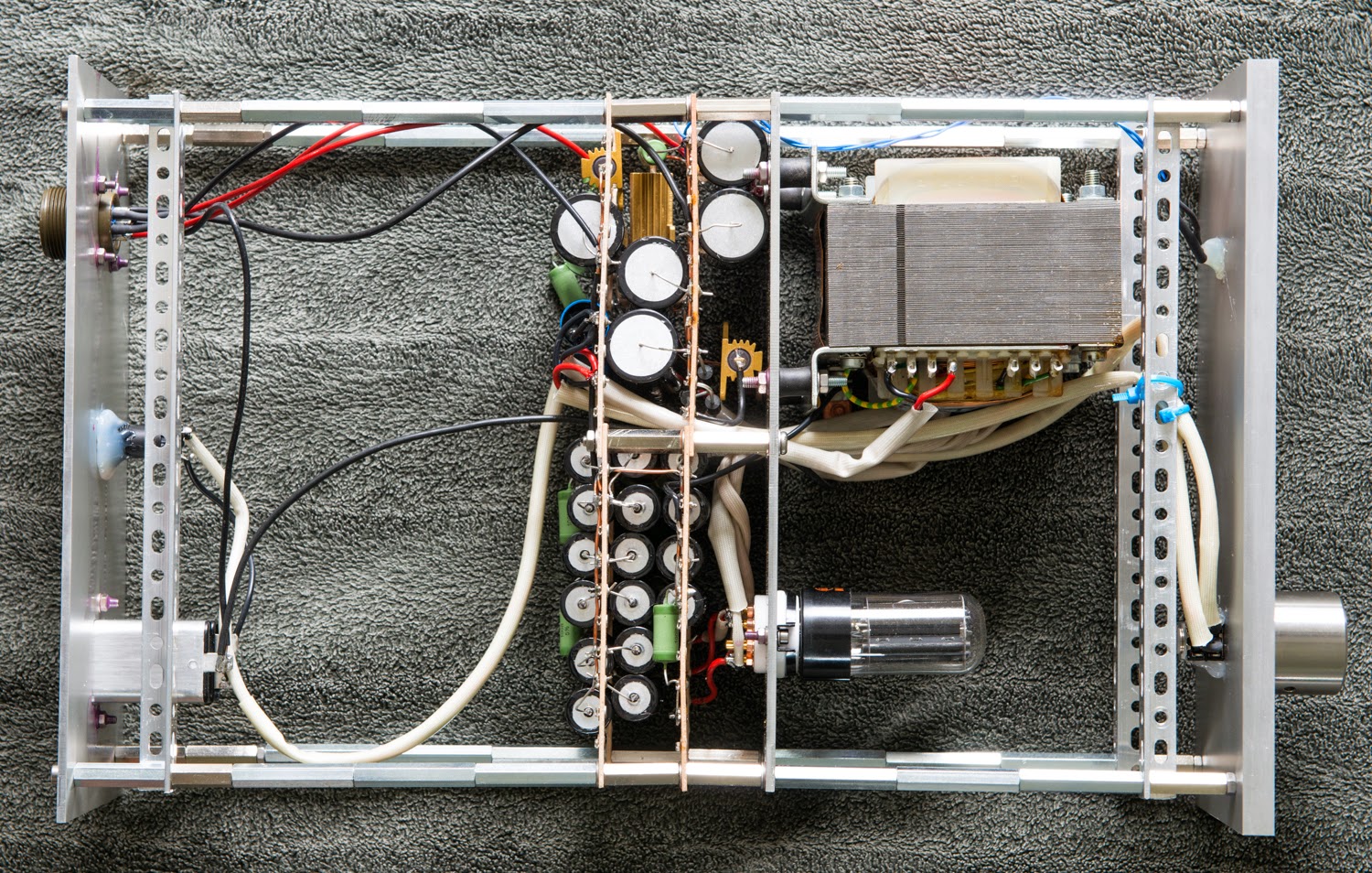 The tube rectification is still there, but all chokes got eliminated by use of cascaded RC filter segments.

The fully assembled signal section and PSU of phase 1 for comparison: 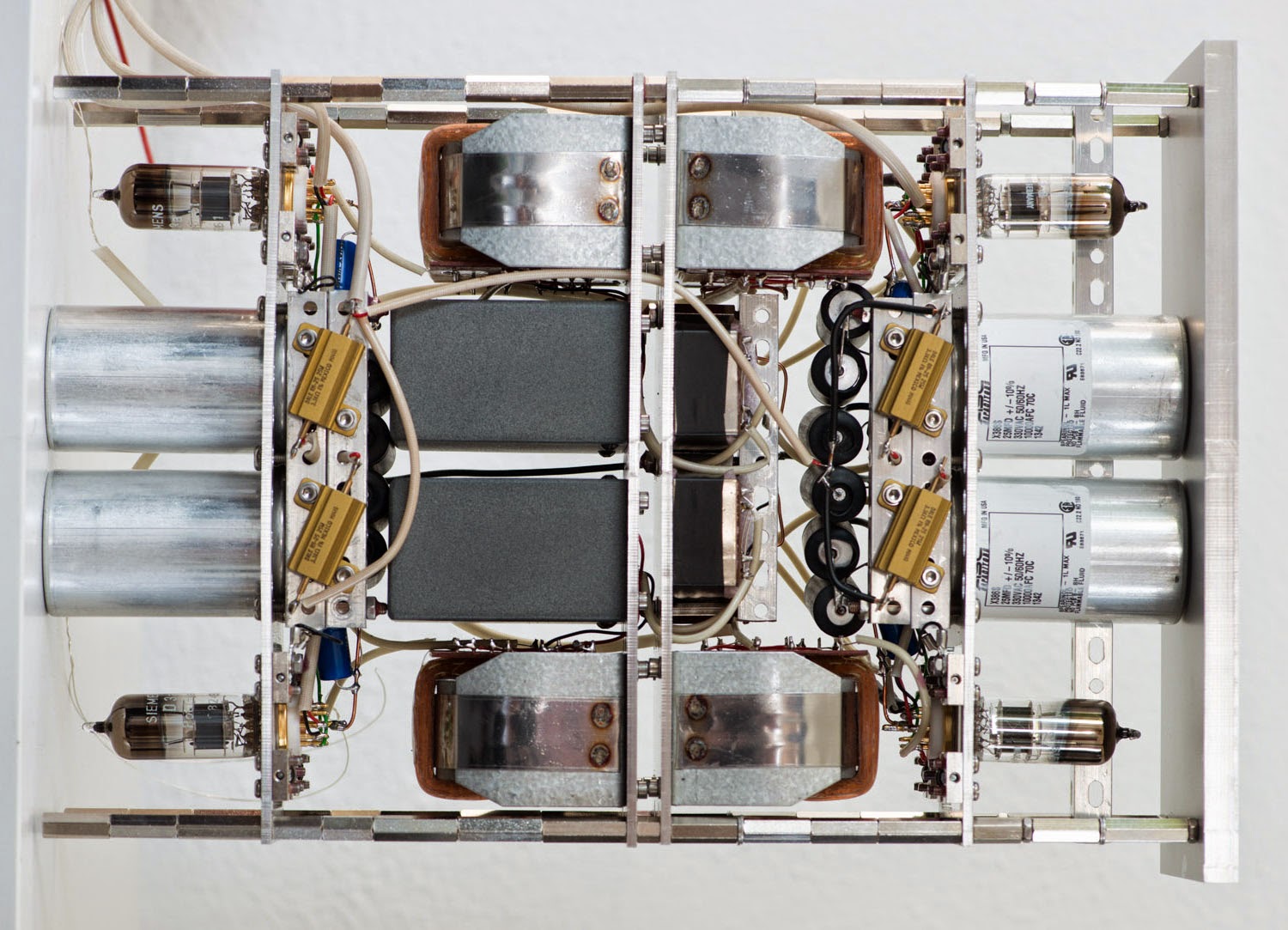 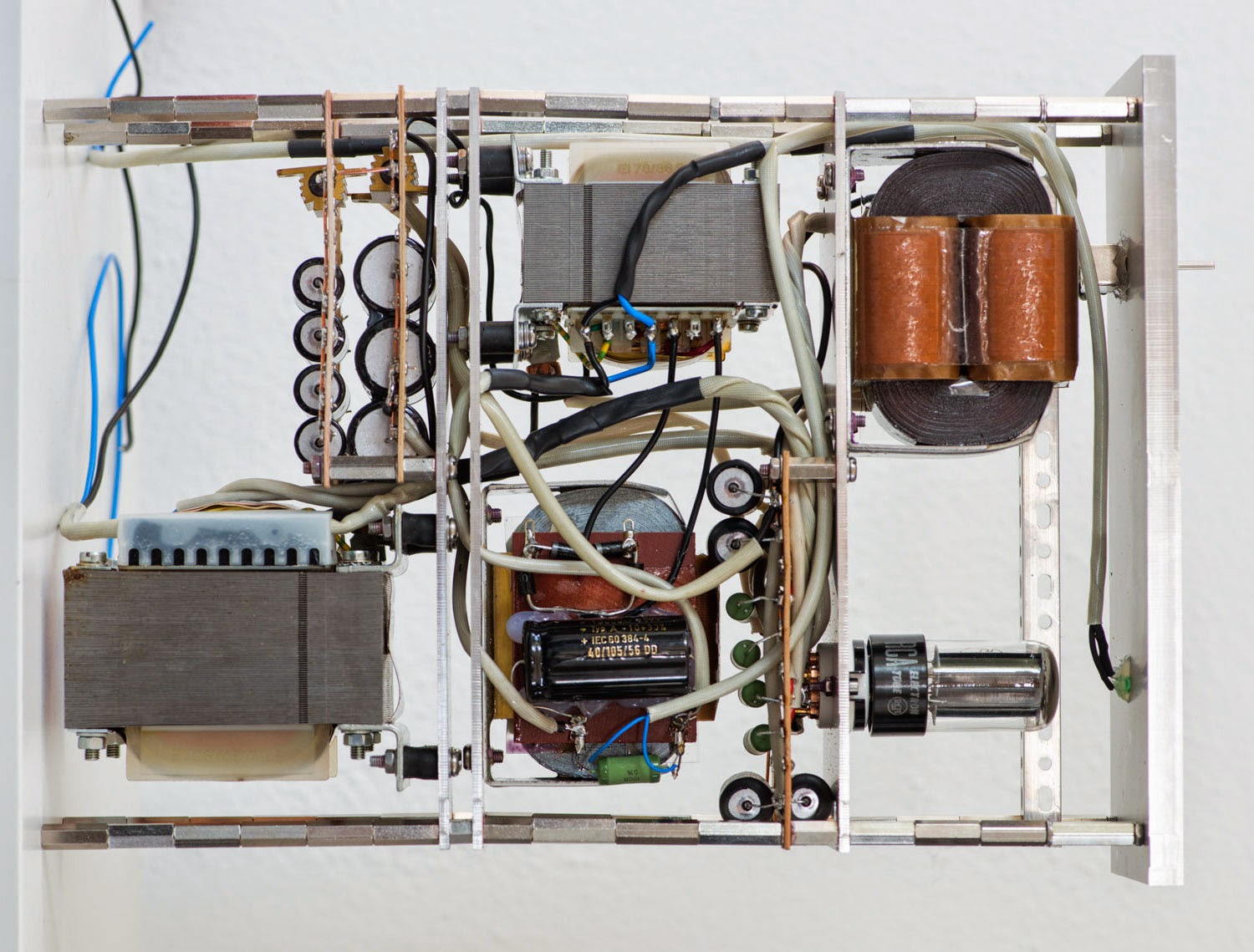 So which toll did these simplifications take on the sound quality? While phase 1 stays quite close to the original full blown version with just minor compromises in resolution and color, phase 2 can be distinguished more easily in direct comparison. The identical input stage and LCR modules retain a lot of the sound quality, but the RC coupled output stage with it's higher output impedance looses a bit of focus. But nonetheless it is still a great phono given the cost of parts. While phase 1 reduces cost by about 35% compared to the full version, phase 2 costs less than half. Anybody interested in these phono stages is welcome to visit for a comparison.

Here a stack of 3 cost down phono stages:

A further cost optimisation would not make sense in my opinion. Then I would rather go with a RC RIAA phono like the Octal phono preamplifier.

This was a nice exercise in cost optimisation. As a future project I will work on a no compromise fully differential phono stage as a companion for the differential 10Y line preamp, stay tuned! 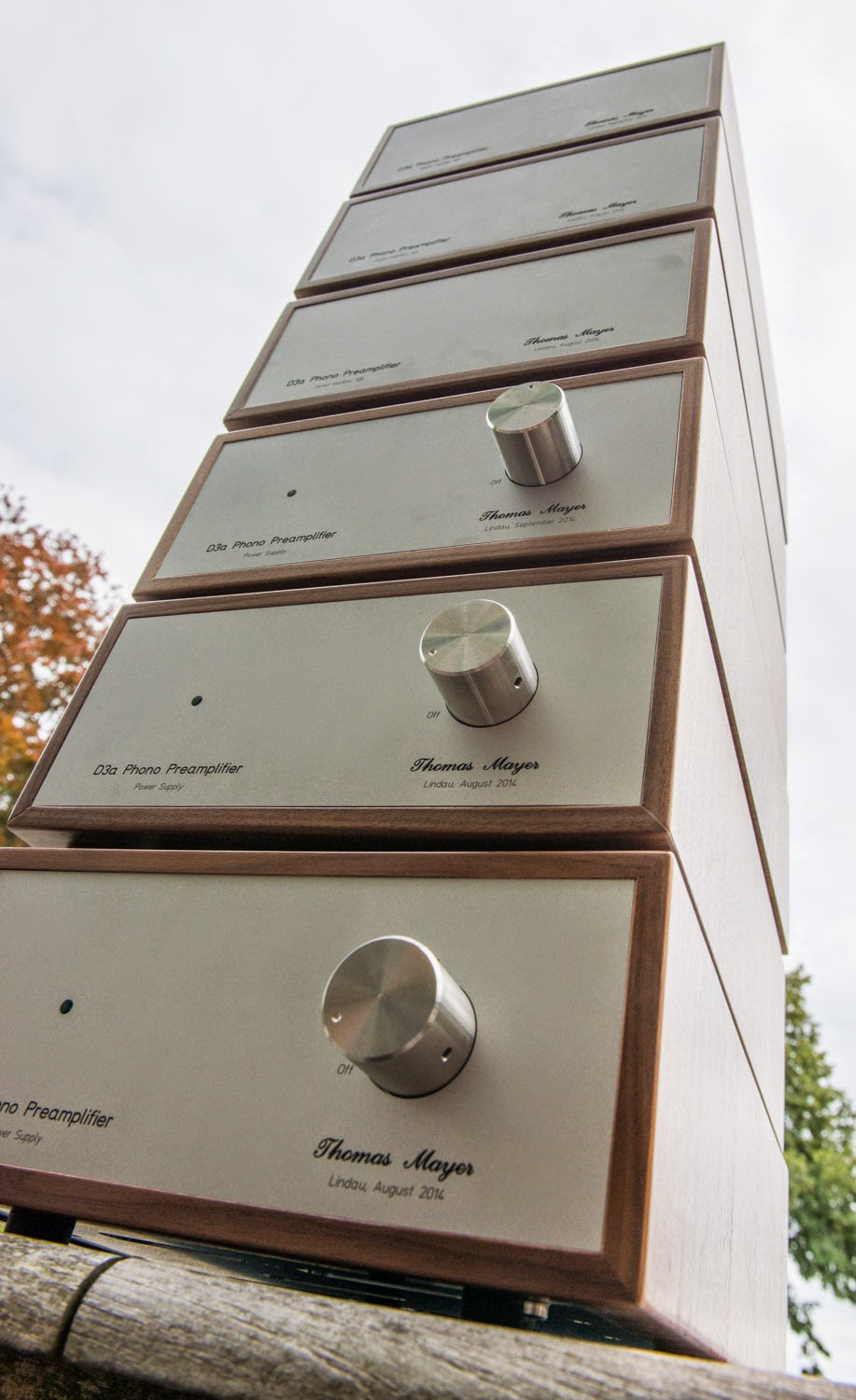